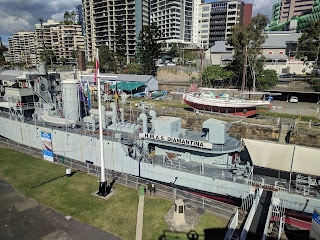 Sailing has come to an end for me this year but on my way out of Australia, I passed through Brisbane and had a chance to swing by the museum on the Brisbane river downtown near the South Bank. Some great old boats reside there including the HMAS Diamantina, a WW2 frigate built in 1945.
Posted by Onapua at 9:07 PM 2 comments: 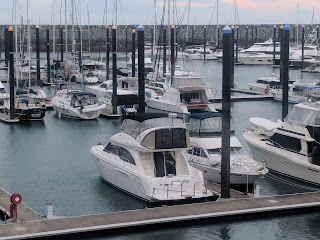 Look closely at the photo and you may notice the tide change. It's huge here at about 25 feet and it gets a whole lot more the further you travel north.

We actually arrived here Thursday but after 7 days at sea, my favorite beverage and a long hot shower was a top priority.
Posted by Onapua at 5:38 PM 2 comments:

On Saturday evening our neighboring boat captain, Glen on a Canadian boat called Denicia, called us on the VHF radio to say that he was having heart problems with a severe chest pain. This was in the middle of the Coral Sea, 500 nautical miles from the nearest land. We used our satellite phone to talk to Australian search and rescue which culminated in a plane coming out to visit us the following evening at dusk. They dropped 2 heavy barrels with medication and a satellite phone attached to a 400 metre rope. Originally it was thought that Glen had strained a back muscle but after talking with a doctor he came to the terrible conclusion that he would require blood thinning medicine. 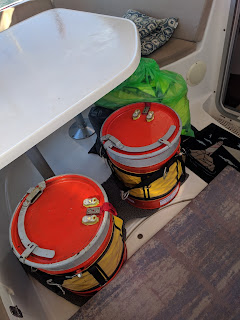 There were 2 cannisters that were dropped off and these were so heavy that they required 2 people to lift them.
Posted by Onapua at 8:38 PM No comments: