I got up early this morning while there was no wind and moved a small fishing barge near the aft end of my boat so I could install the scanmar monitor wind vane that I purchased last year. 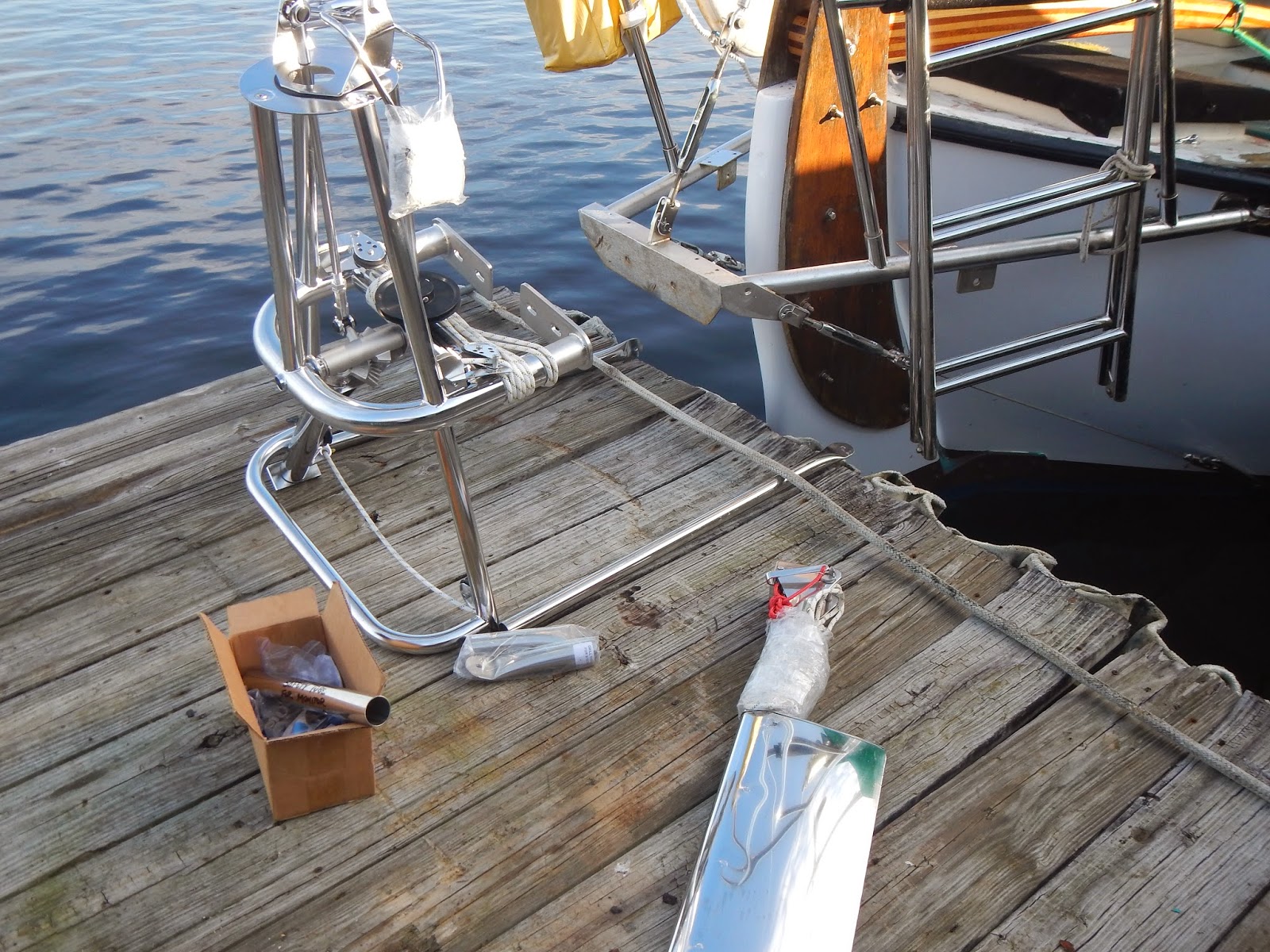 I had  visions of finishing before lunchtime. 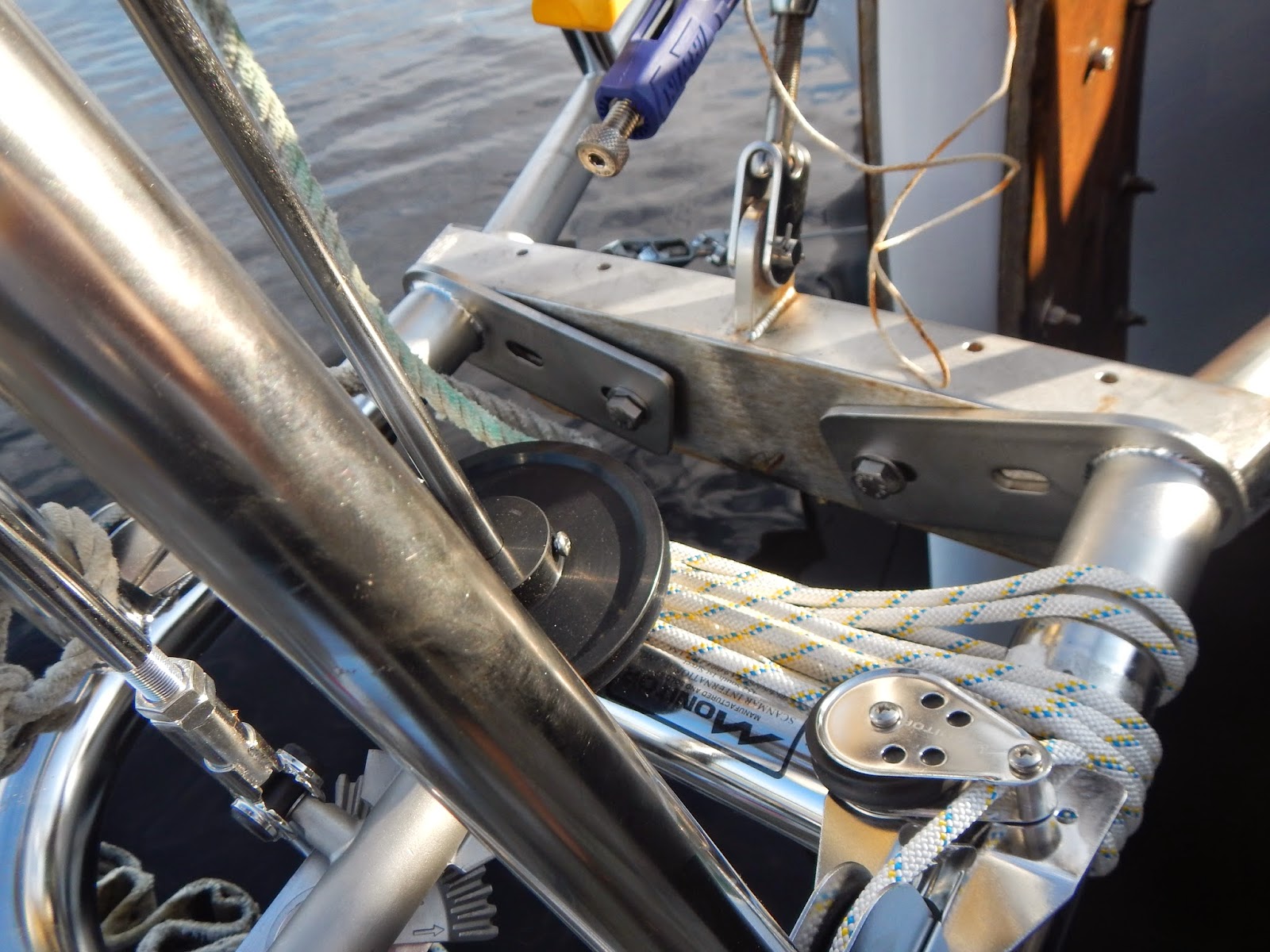 I bolted it down with a couple of bolts onto my boomkin and then discovered a big problem. 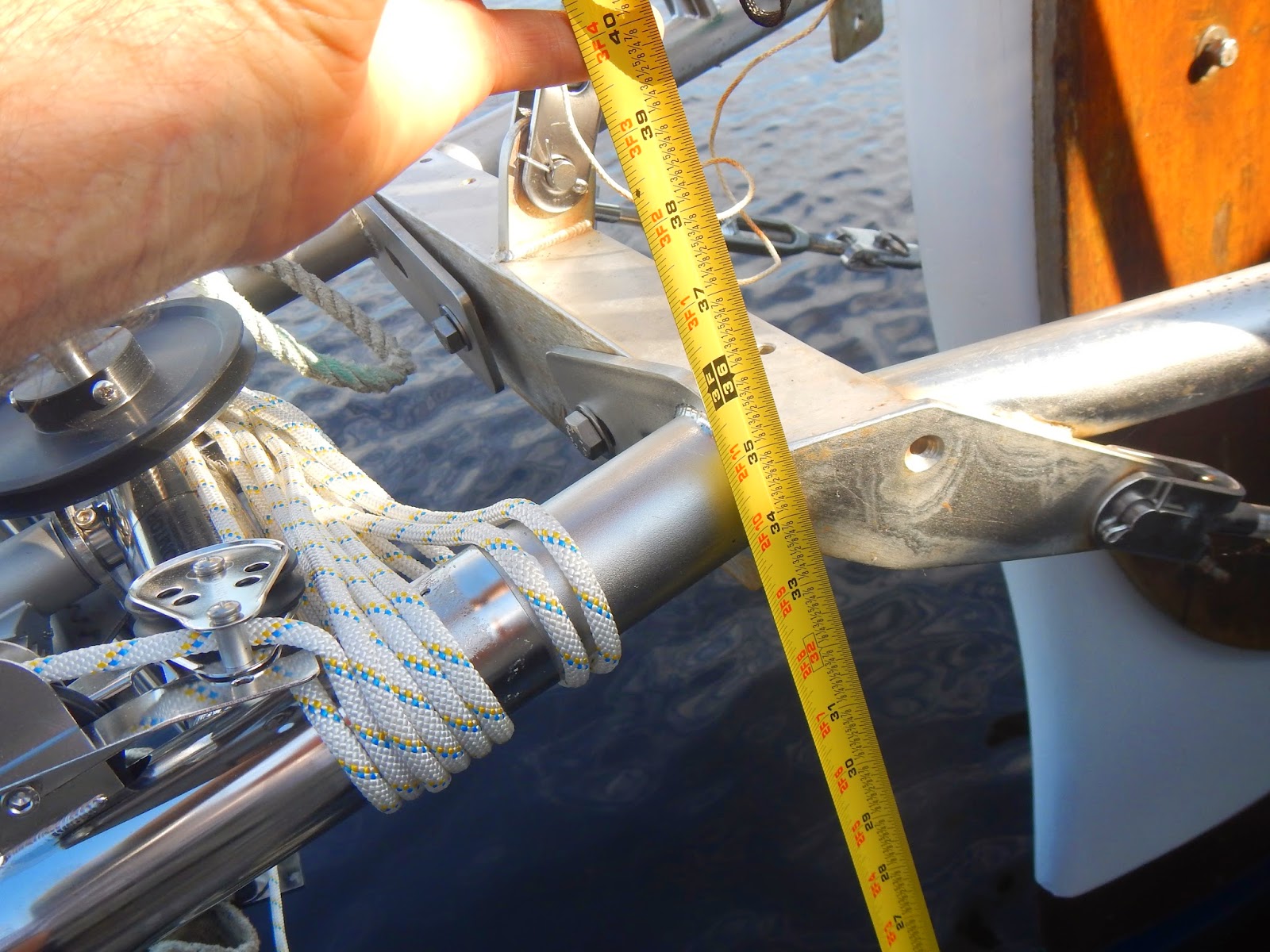 That tape measure is reading the height above the water line. Instead of reading 39" it is only  34" so something is wrong with my rigging. 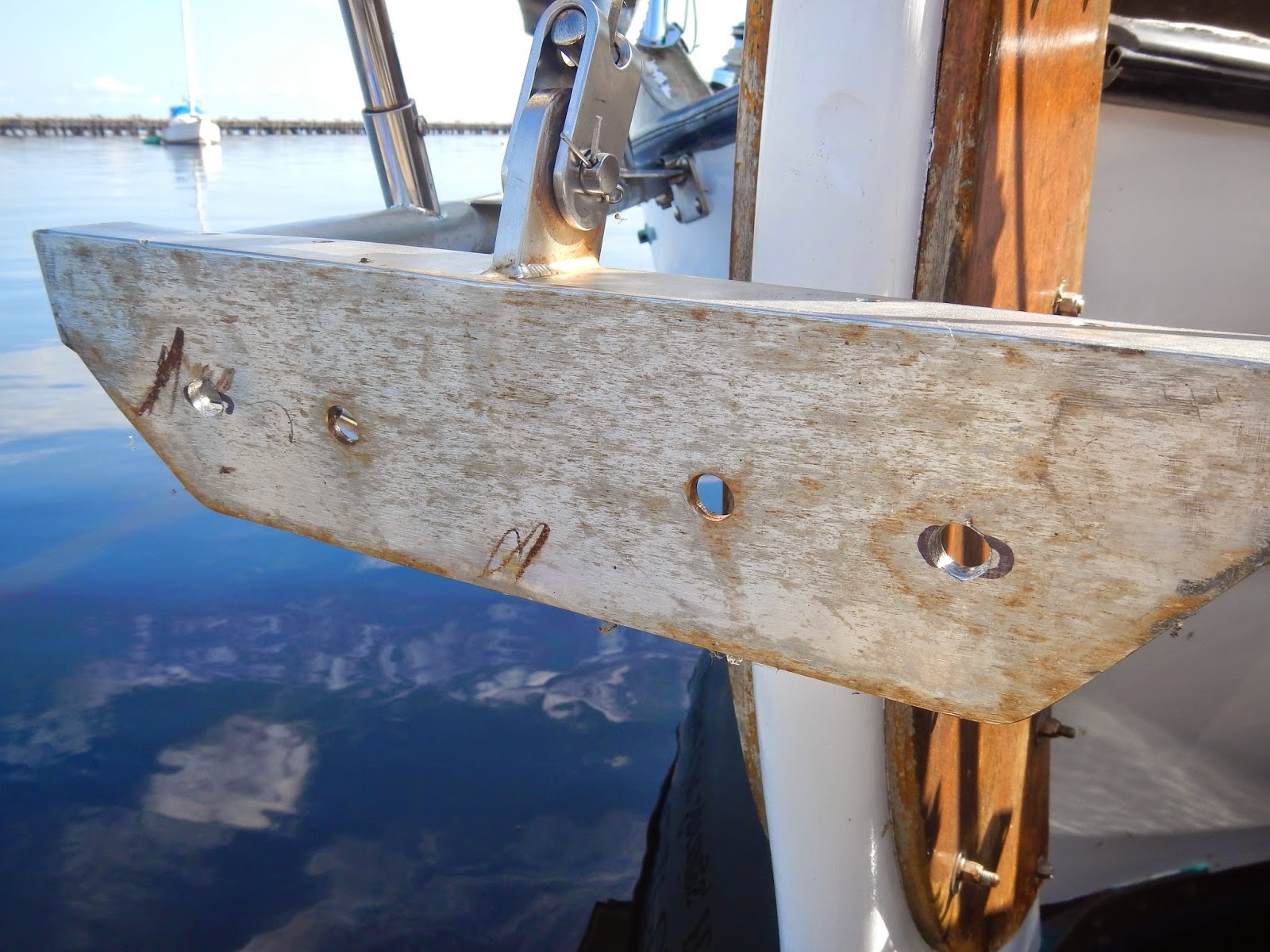 I will fix that  problem later and continued drilling 2 extra holes in the back of the boomkin. 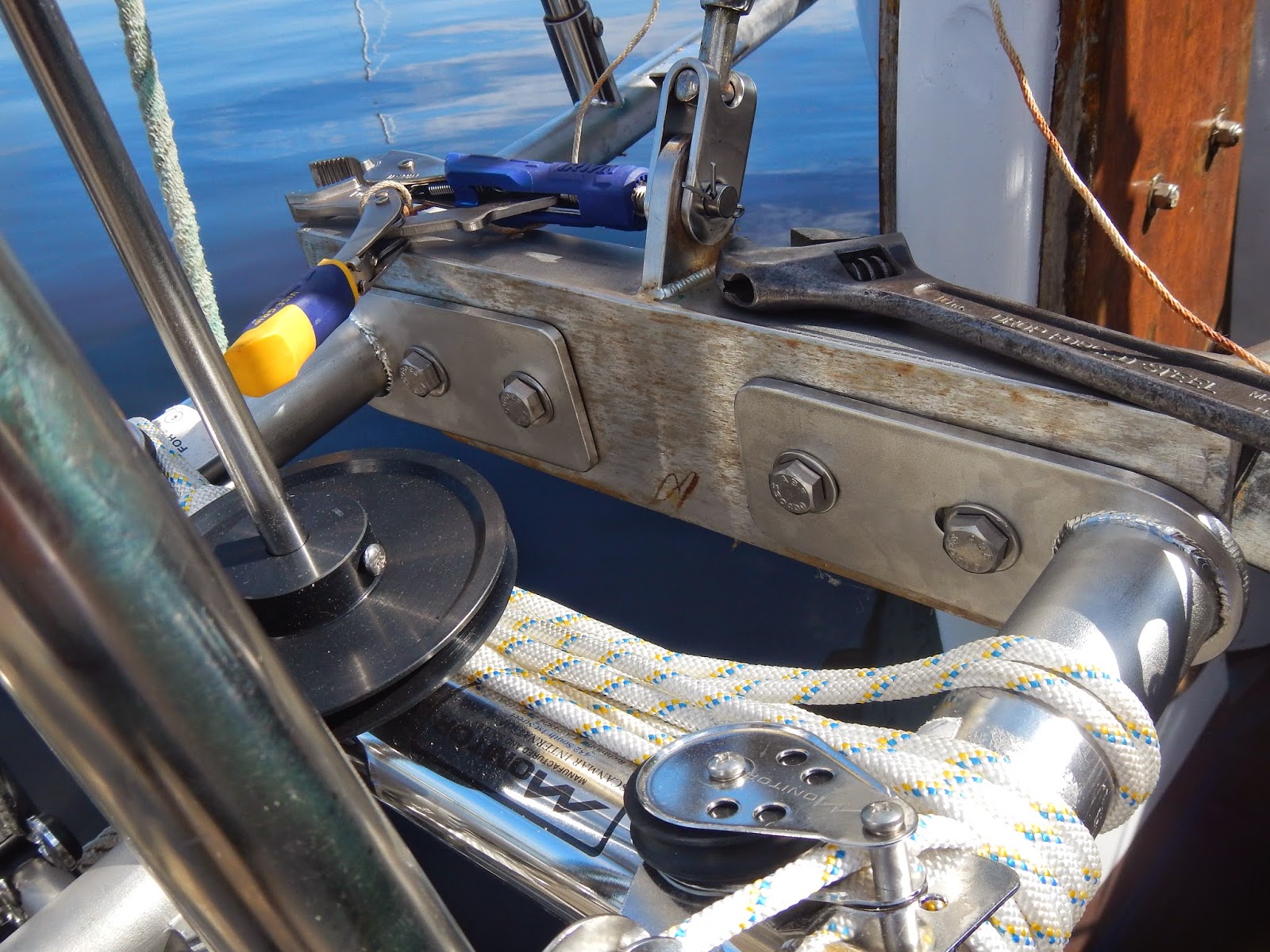 And bolted all four to secure the top side of the wind vane. 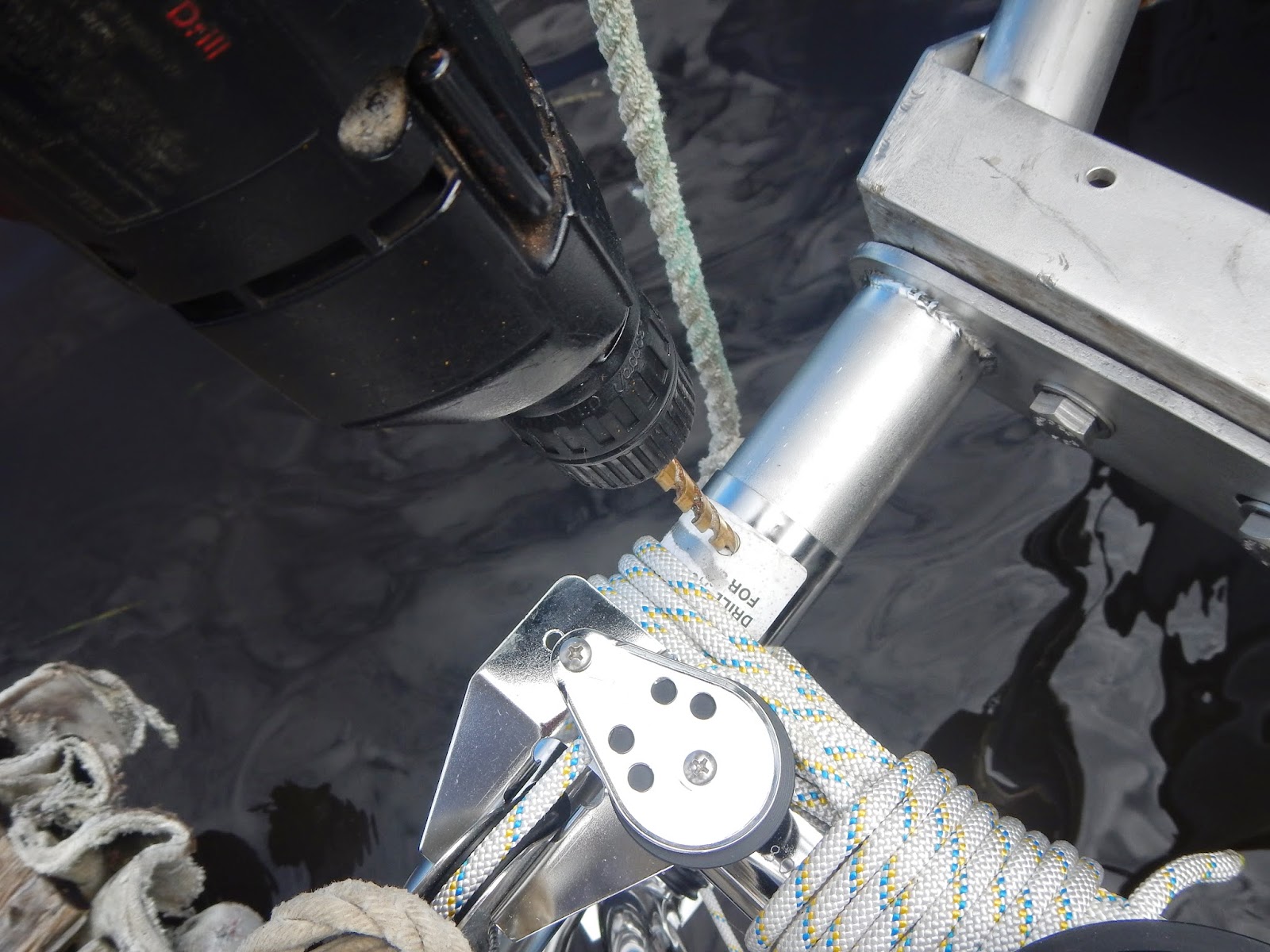 Then I had to secure the arms by drilling holes and with bolts through each of them. 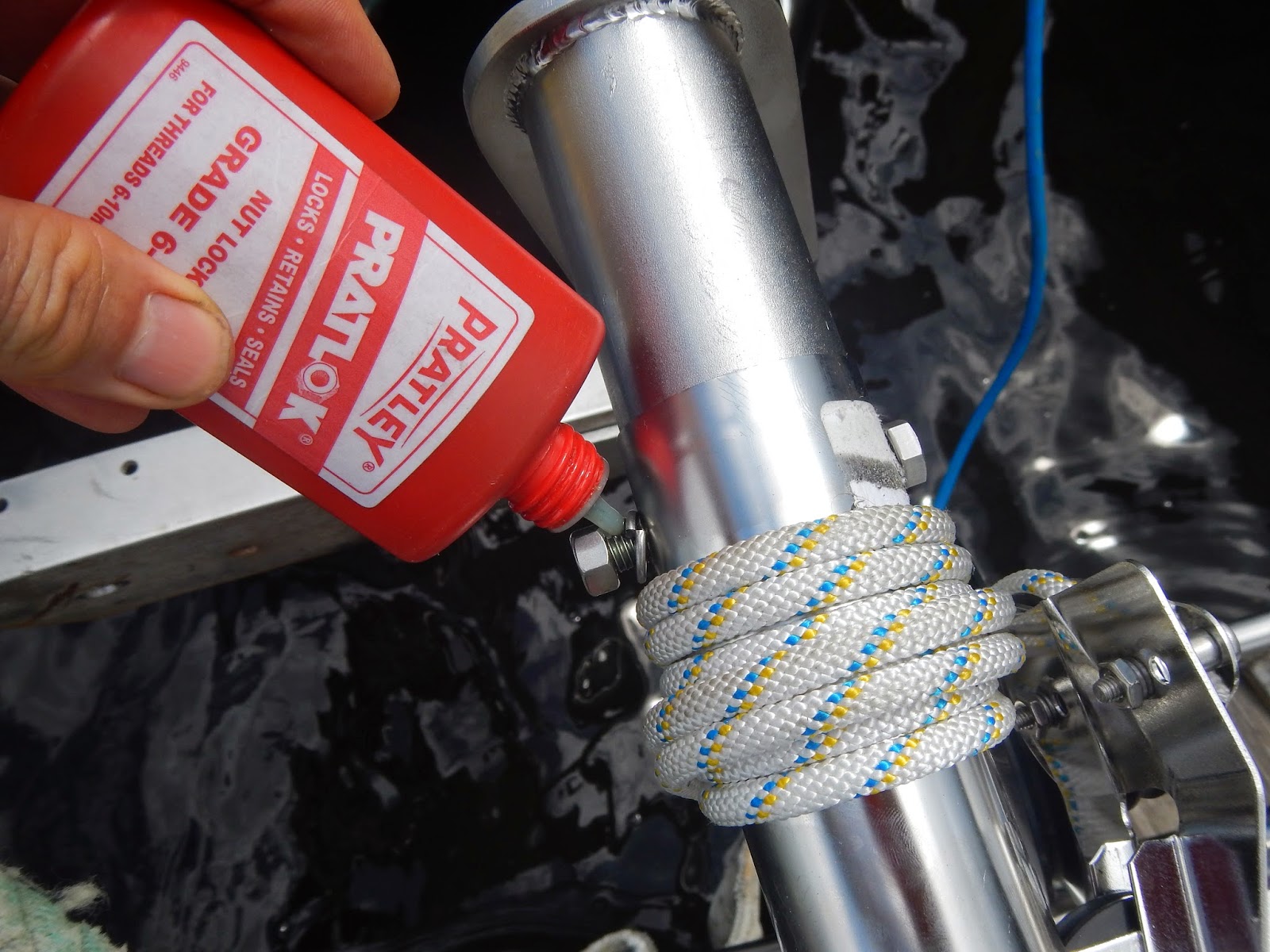 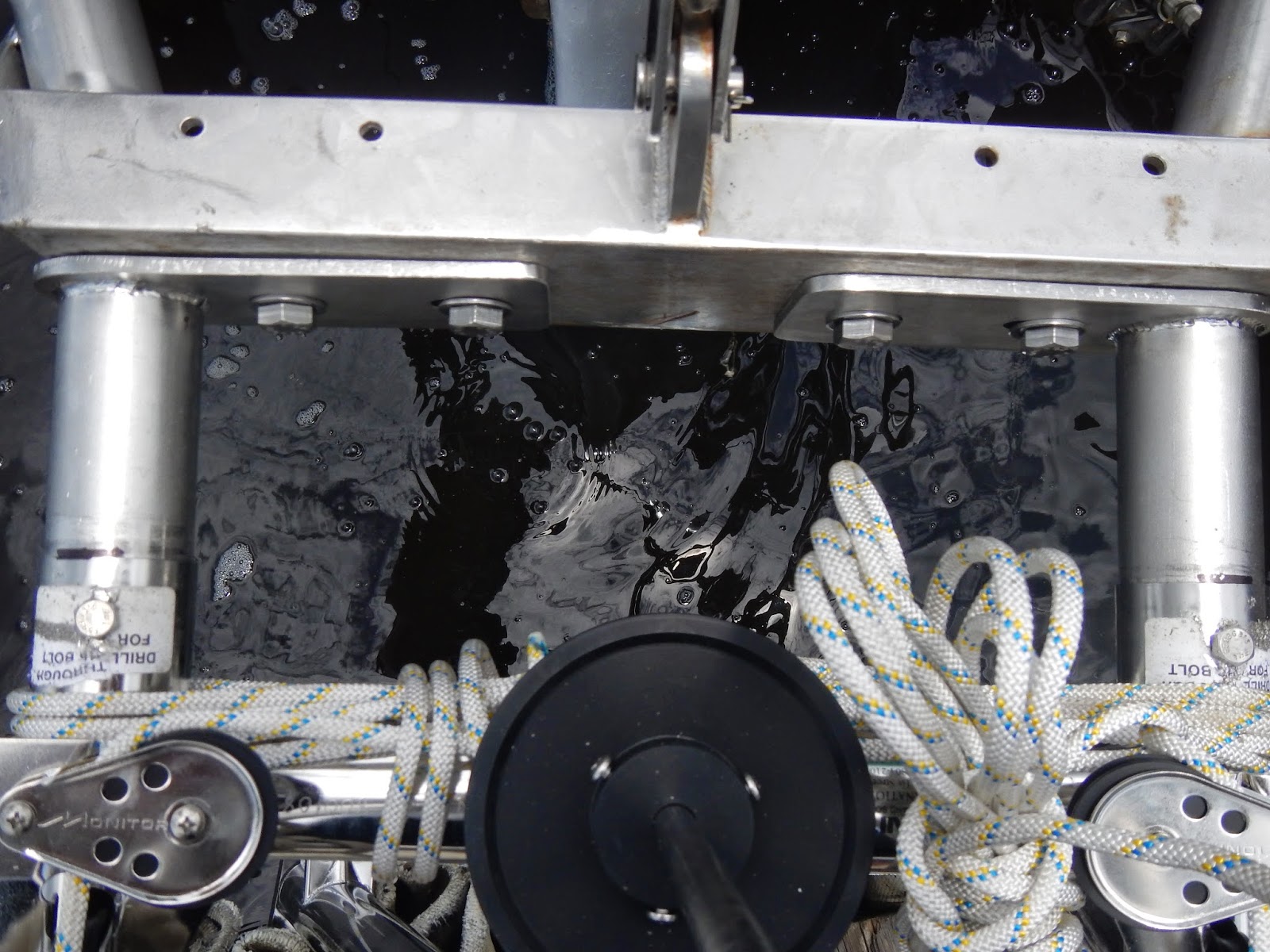 Now for the 2 bottom legs. I had to cut about 3" of excess pipe off each leg. 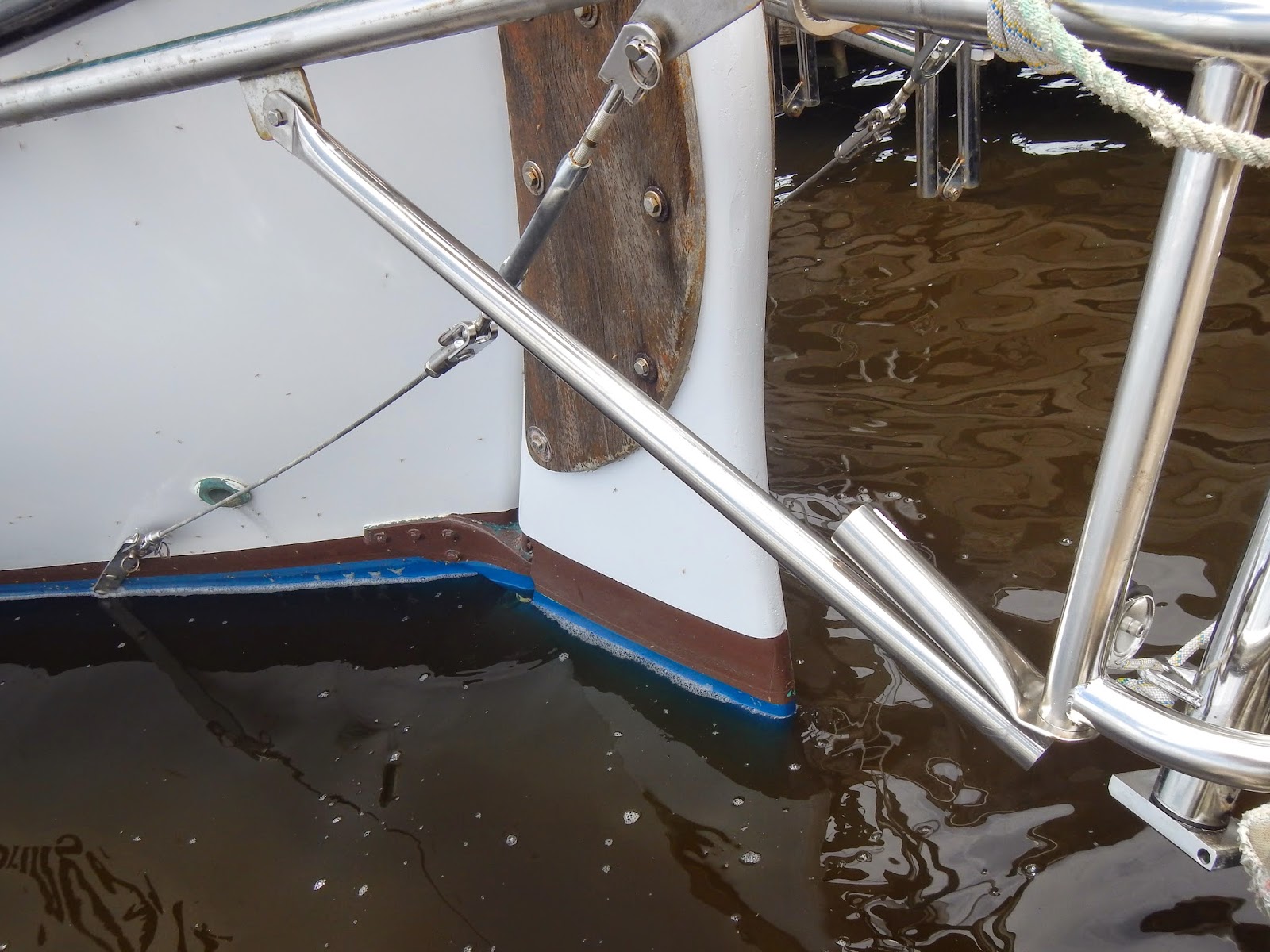 Just after this photo was taken, part of the hacksaw fell into the drink. 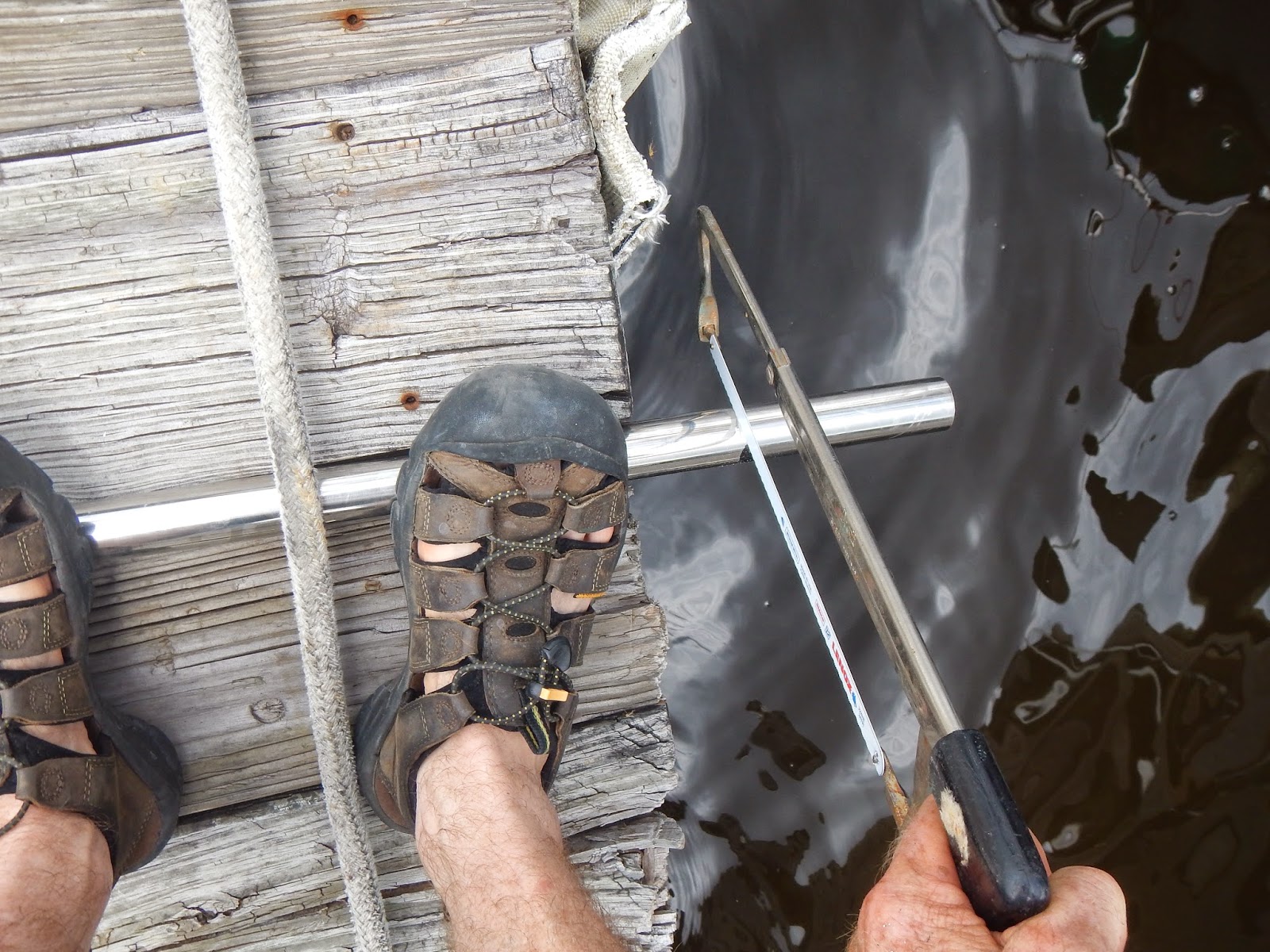 This necessitated a run up to Home depot to get a new hacksaw and to replace some drill bits that had broken. 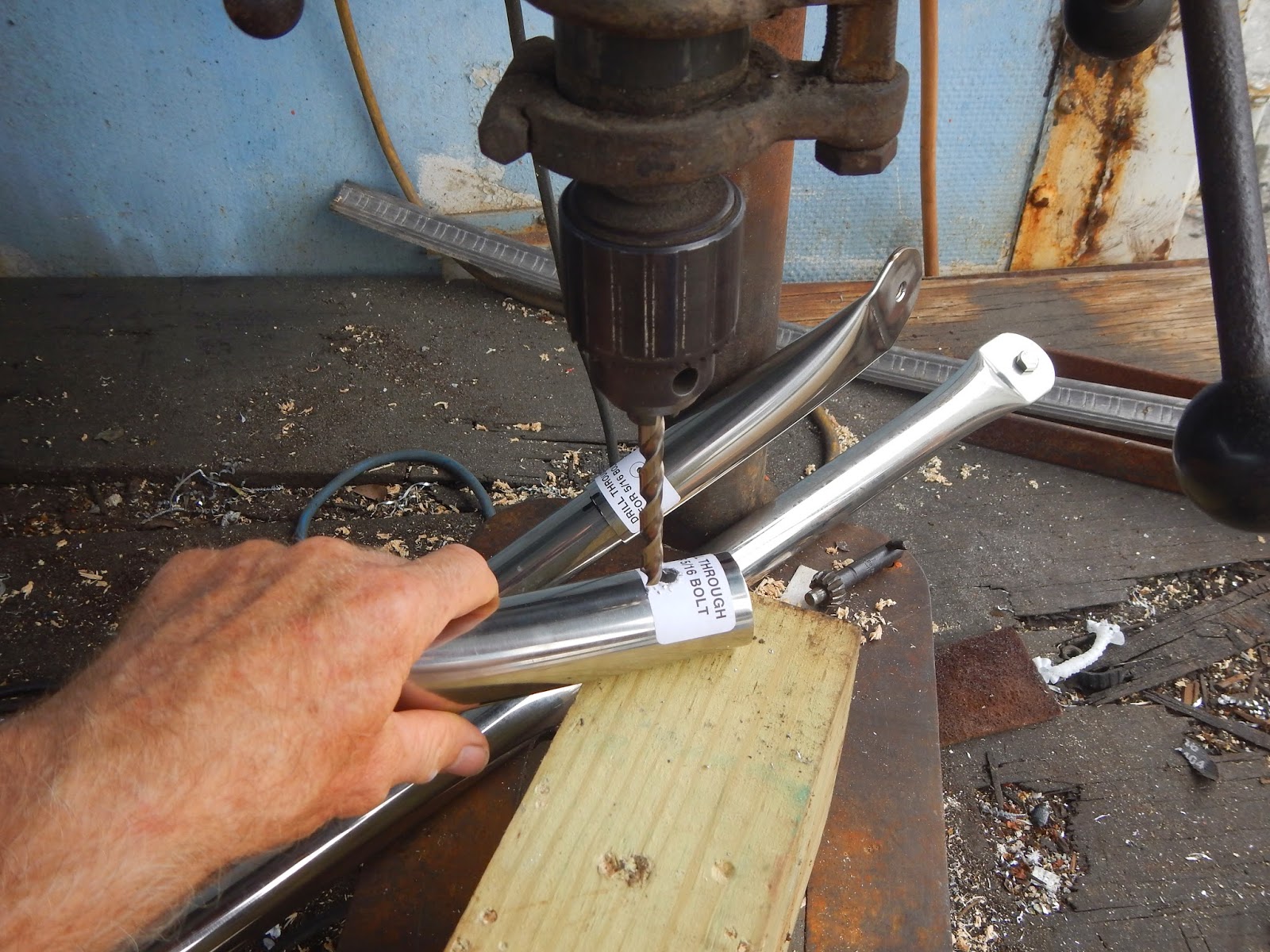 When I got back I decided to use the marina drill press. 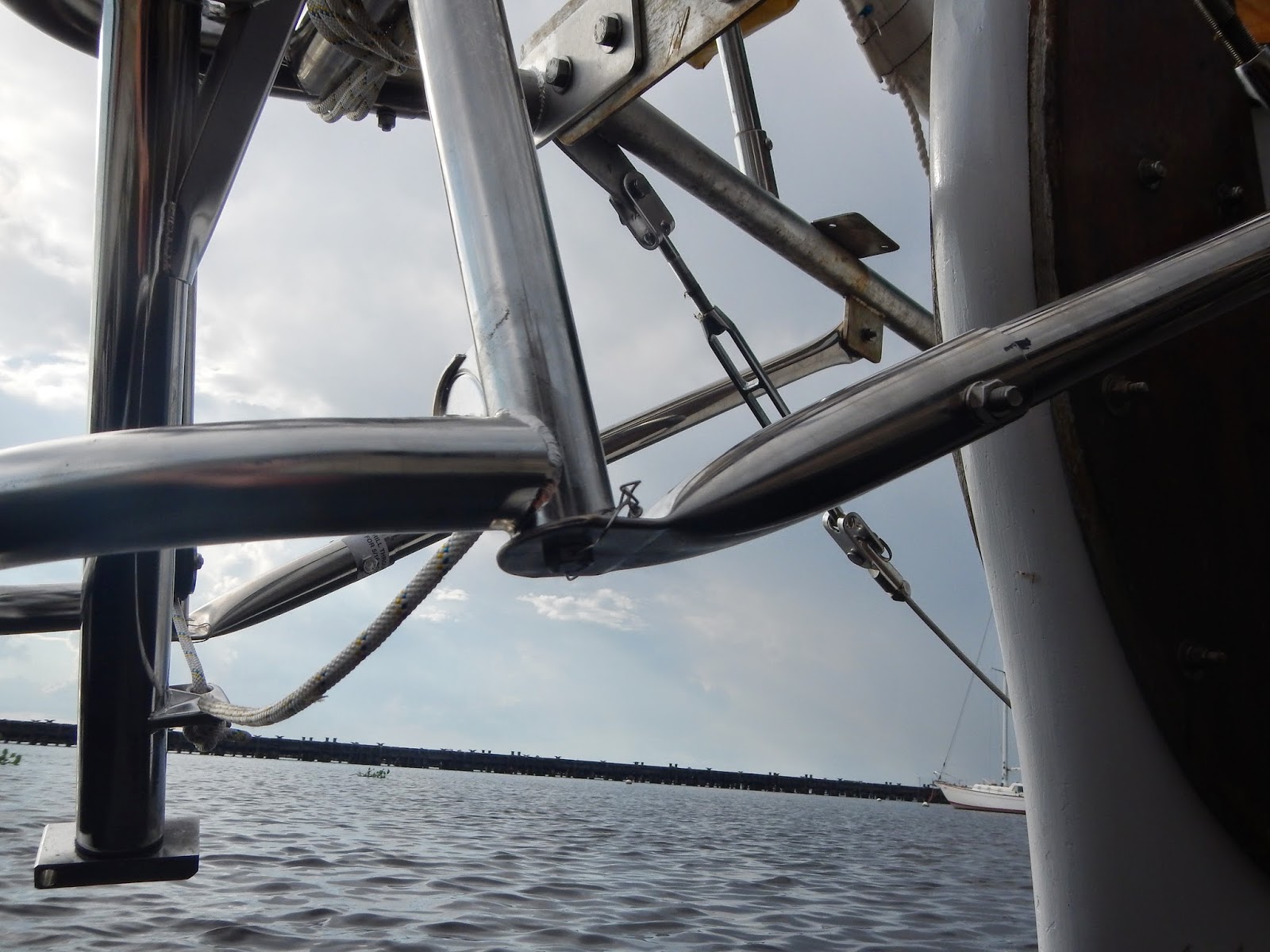 I added seizing wire to the bolts. 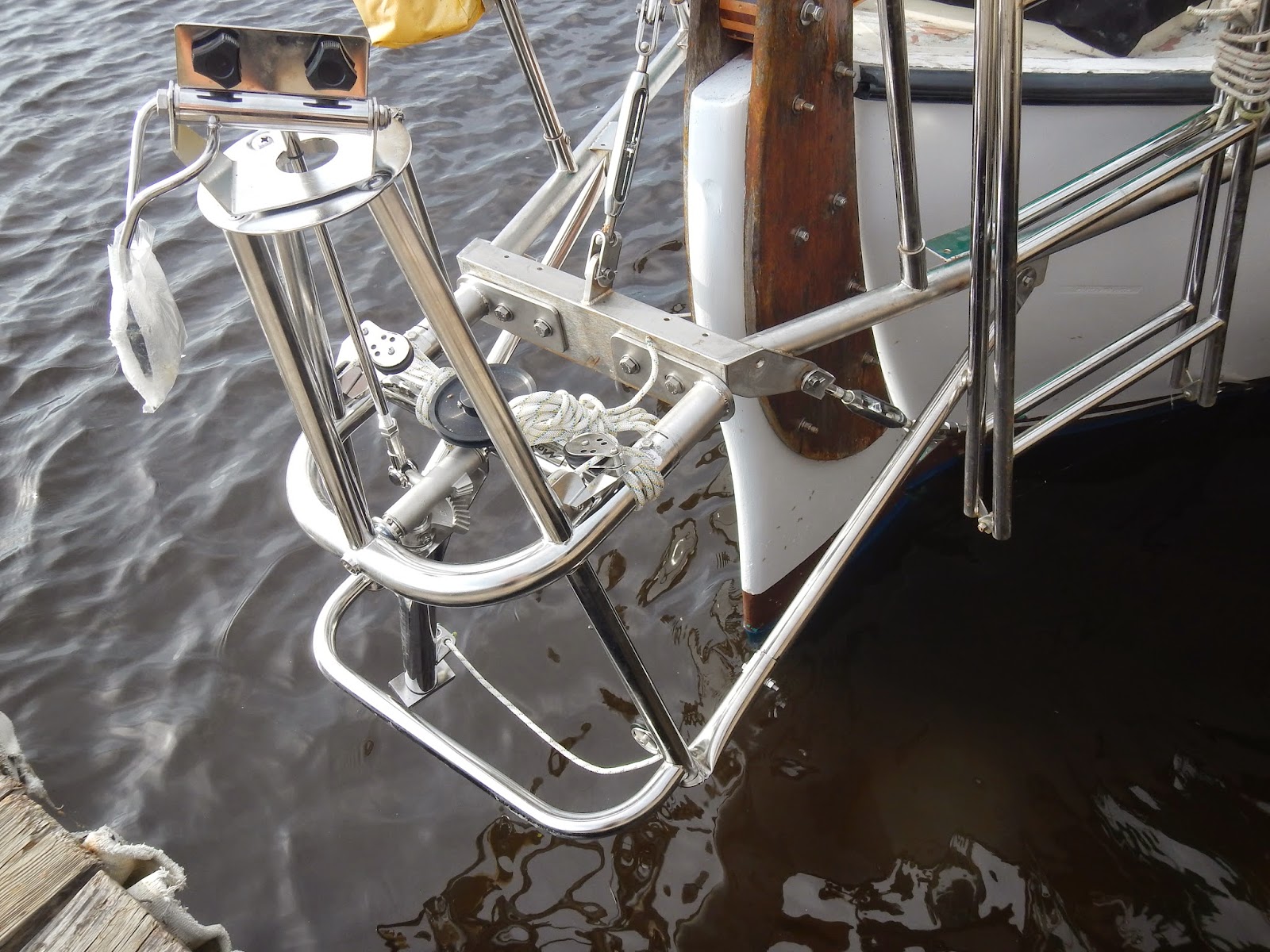 OK, even though it took me all day, I am finished now. I will add the paddle, after I get the rigging problem squared away.
Posted by Onapua at 7:39 PM