There have been several occasions where it would of been useful to have a boat card so I decided to make some. I considered ordering them online, but it would have been more effort so I decided to go the simplier, diy route. Firstly I googled images of boat cards and decided on the style that appealed to me most. Then I looked for a photo of the right shape that summed up how I felt about this new cruising lifestyle. It was actually harder than I thought but I finally found one on a fellow westsail site. After I found it, I photo-shopped the words into the photo and went onto Microsoft word and attached the photo. I had to re-size it a little to get 10 copies onto a page and then I printed it out on card stock. Then it was just a matter of getting the scissors out. 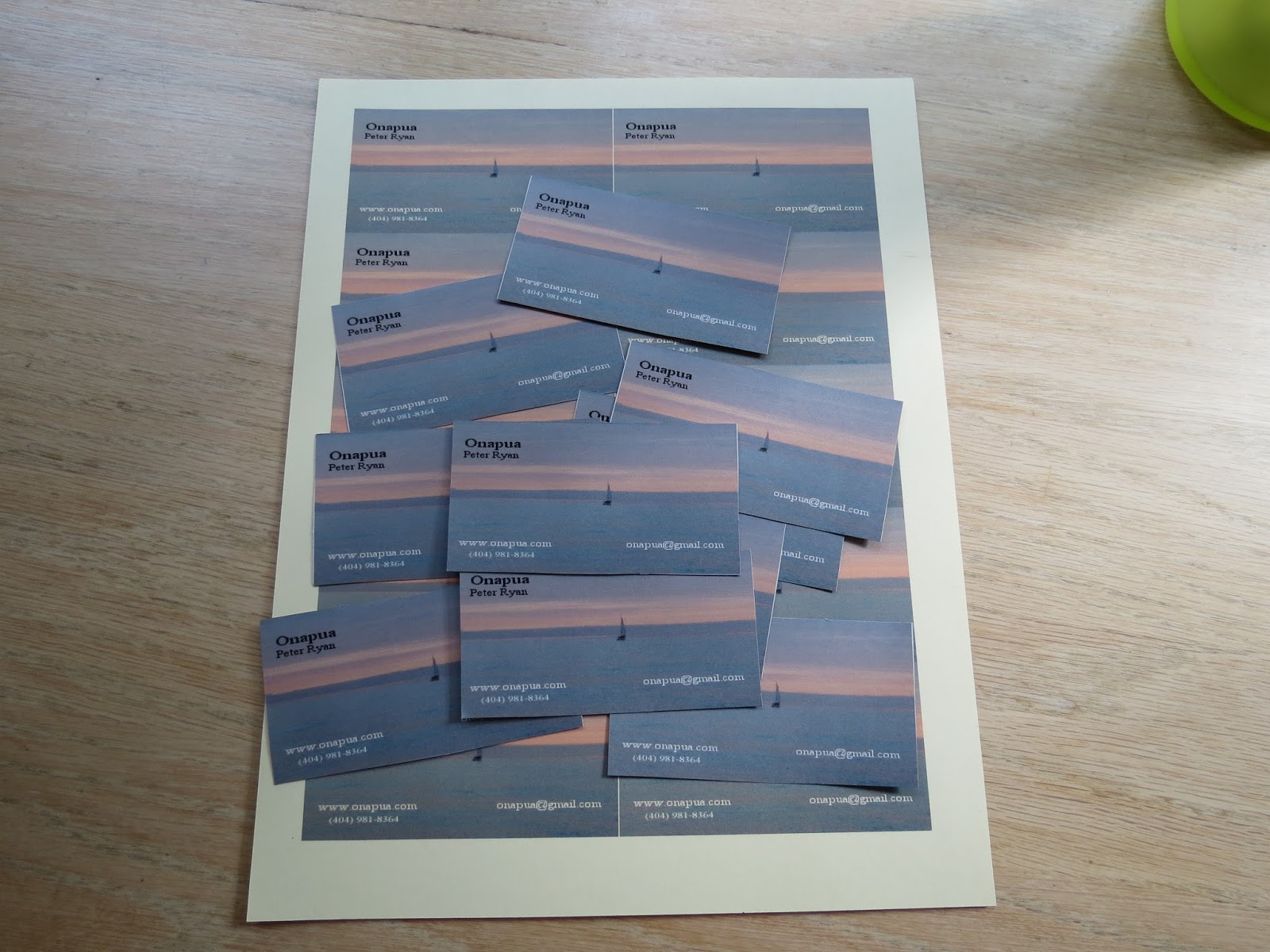 Mindful of the fact that most boats are leaky, I waterproofed some with Avery 8665 full page labels. They turned out a lot stiffer and little harder to read but overall a good result.
Posted by Onapua at 6:00 PM