Interlude for Chain Plates and Stanchions

After putting my Westsail 32, Onapua on the hard in the Green Cove springs Marina long term storage, I drove out to California and spent some glorious weeks with my new grandson. I am now on my way up to Canada, for a family reunion at my Aunt and Uncle's place but on the way I stopped in to see my old crew, John in Deale, MD to see how progress was being made on his Westsail 32. 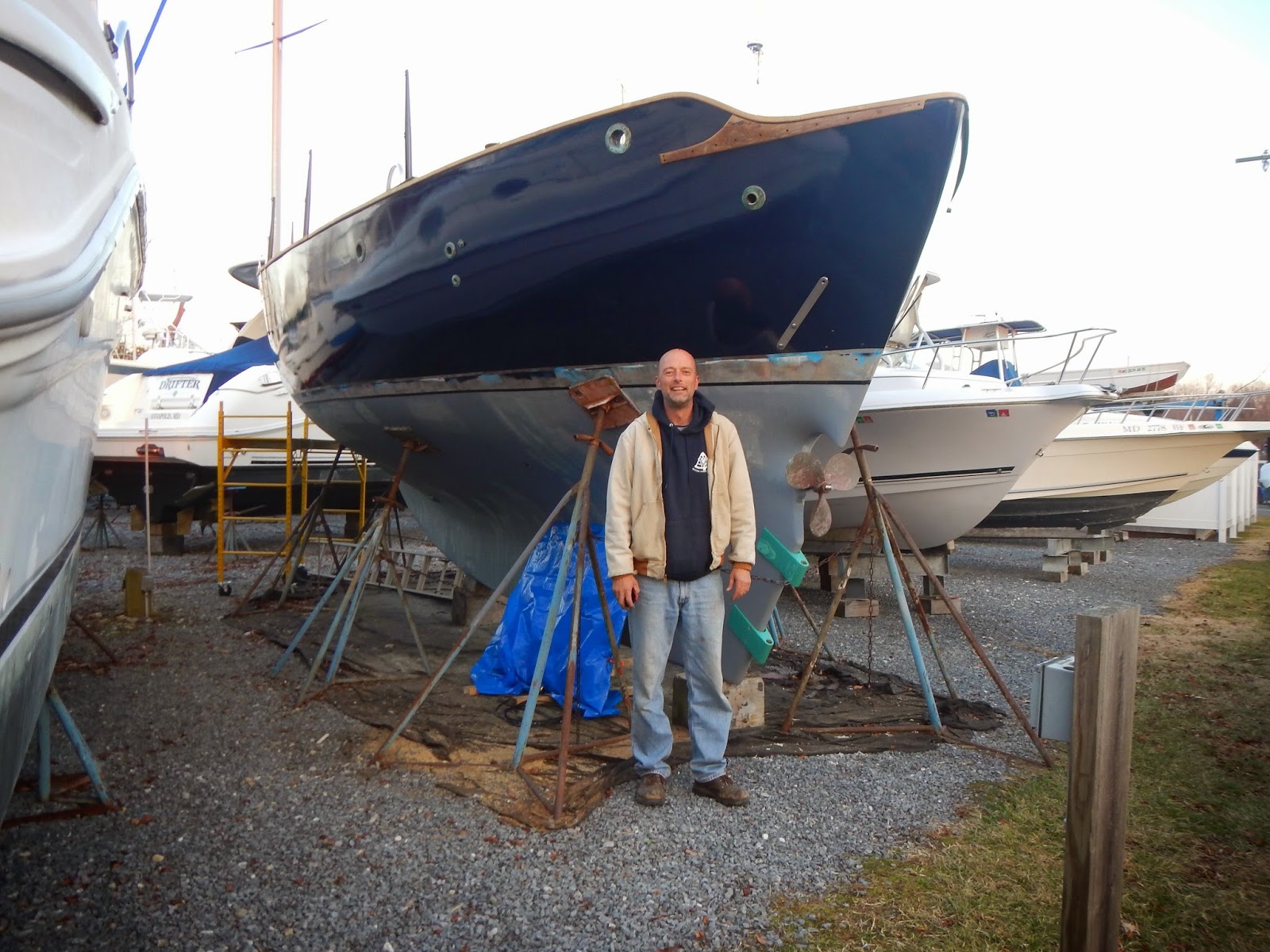 He is rebuilding his boat from scratch and doing a mighty fine job of it. He installed a new Beta Marine engine, repainted the hull, ordered new sails from Kern and rigging from Bud Taplan. He has replaced his caprail, redone his hatches and is basically building up the boat so that it is new again. 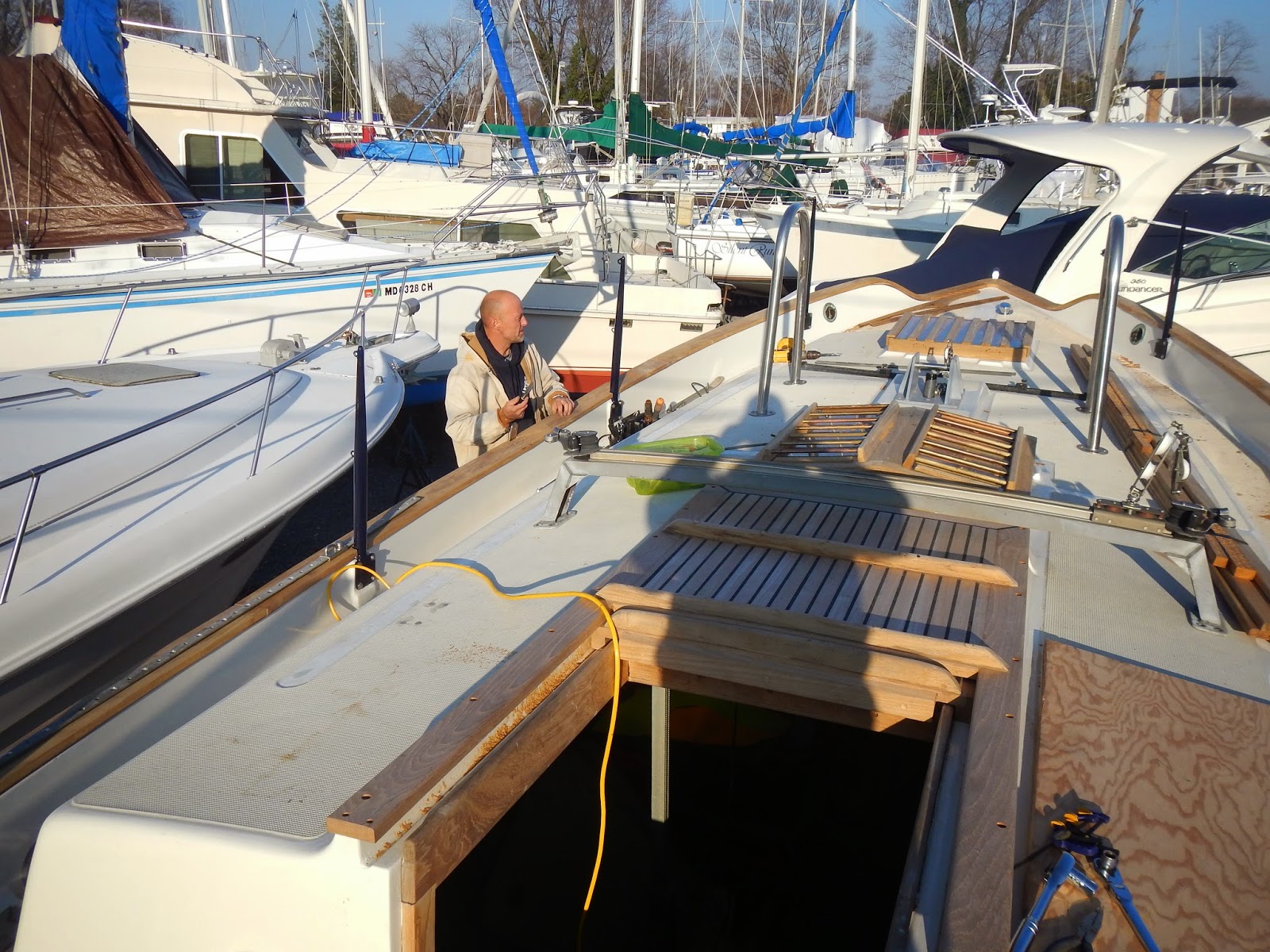 I helped him install new chain plates on the boat which  now I see how relatively easy and inexpensive it is, I plan on doing on my boat. 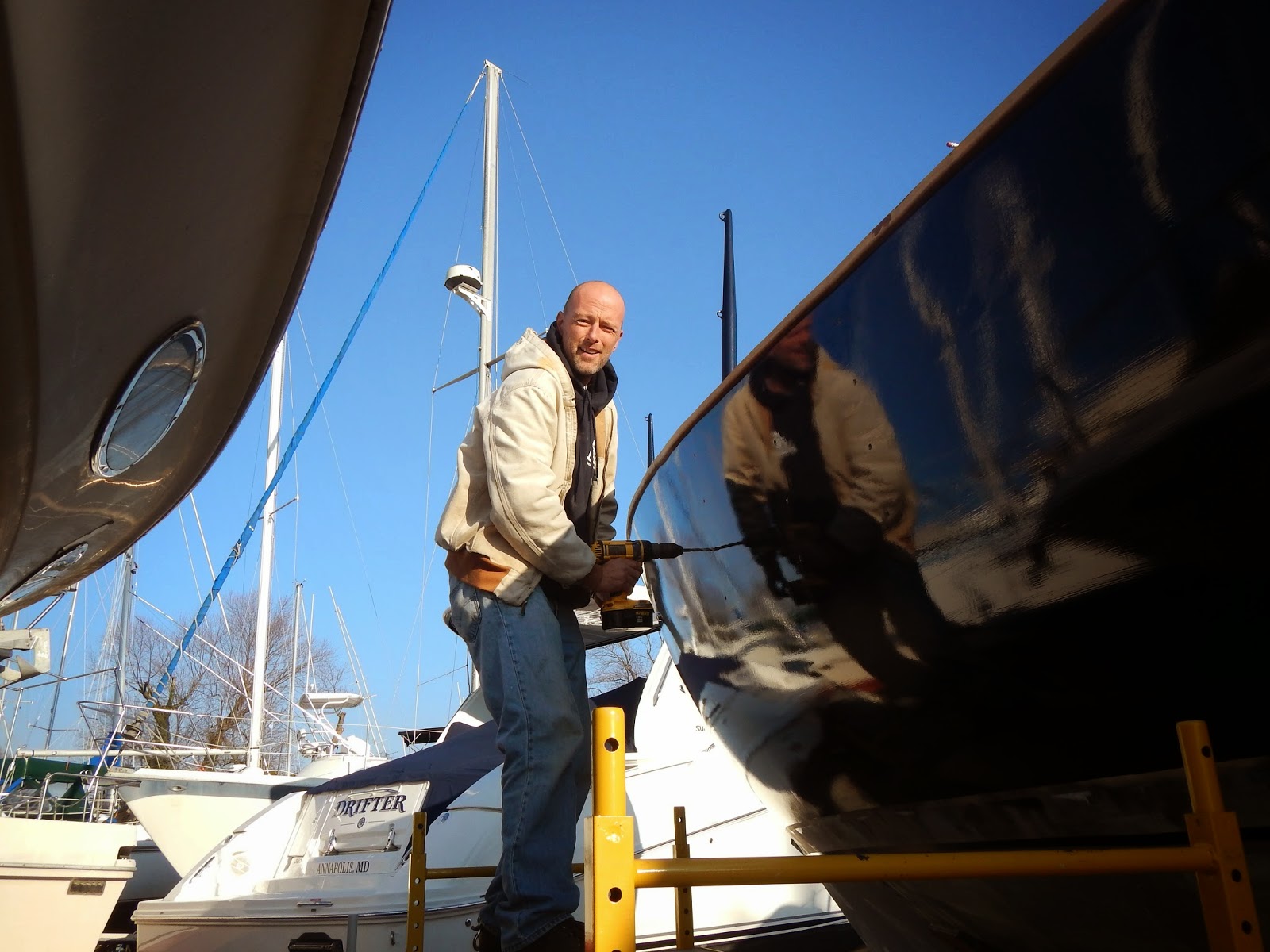 We used a jigsaw and chisels to cut out part of the caprail. 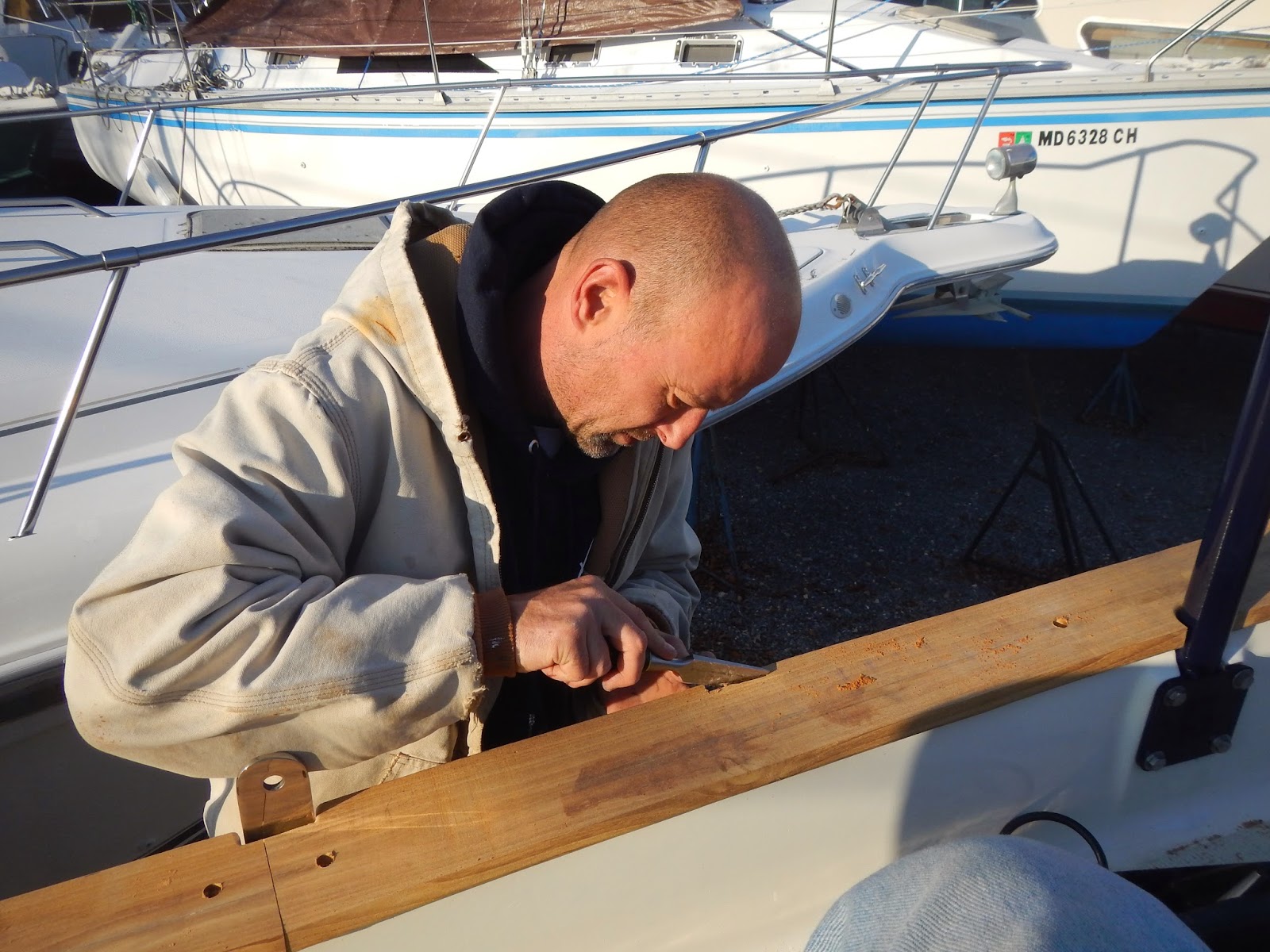 BTW John has told me that his new year's resolution is to give up the dreaded habit and start exercising. 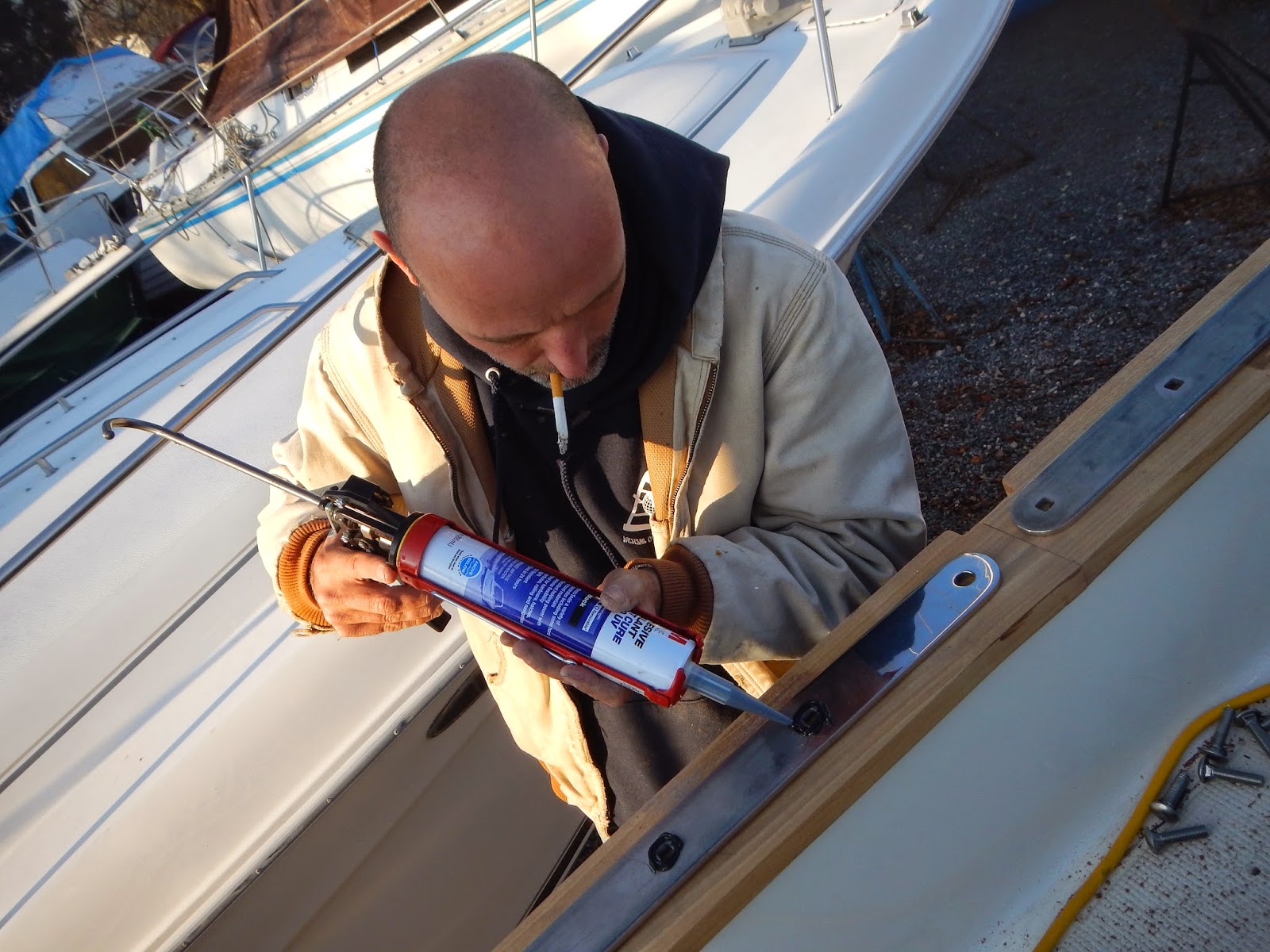 The key to successfully installing the chain plates is with this extended 9/16th self ratcheting tool to reach up into difficult places on the inside. 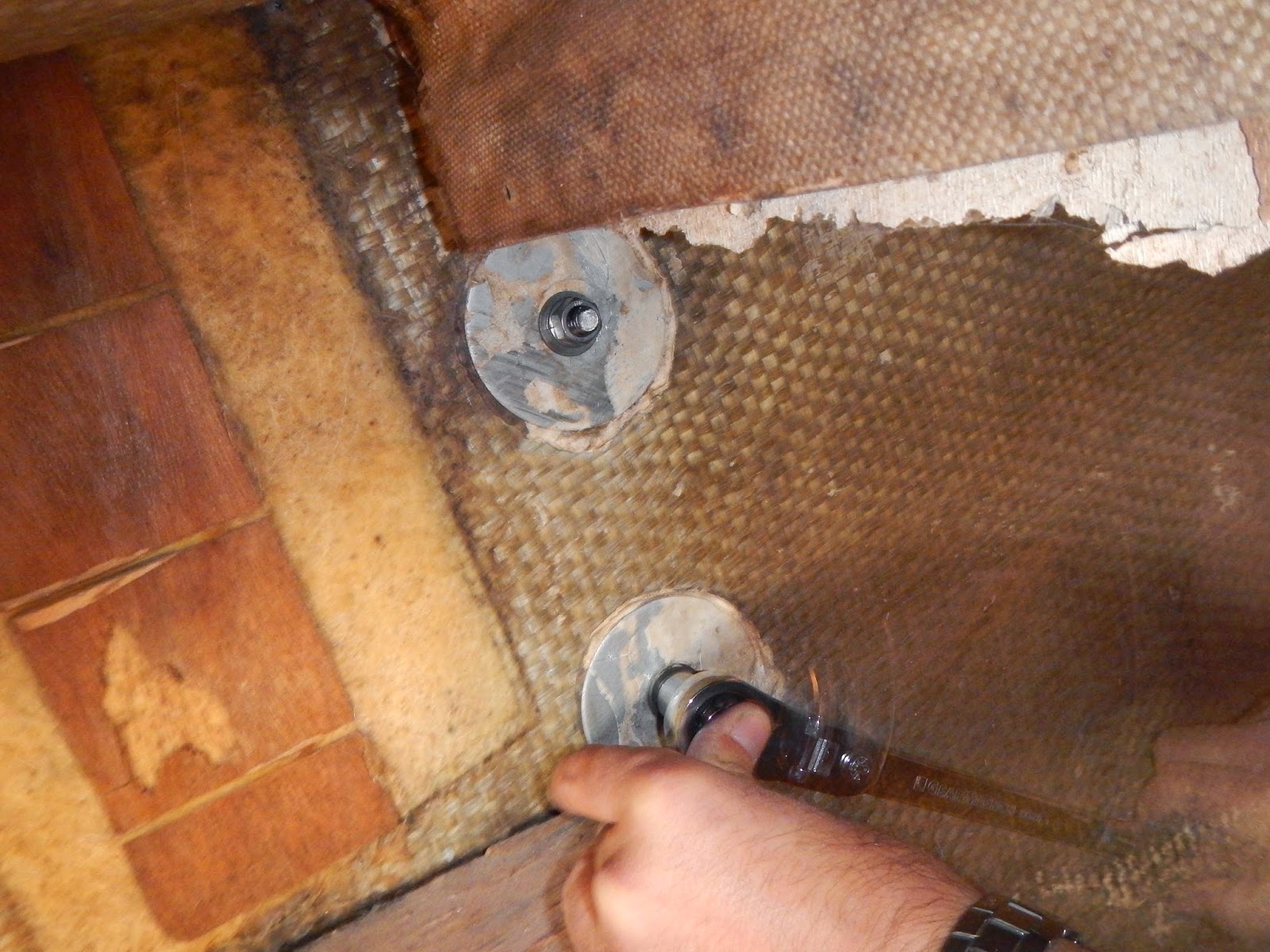 We also installed his new stanchions on the outside bulwark. 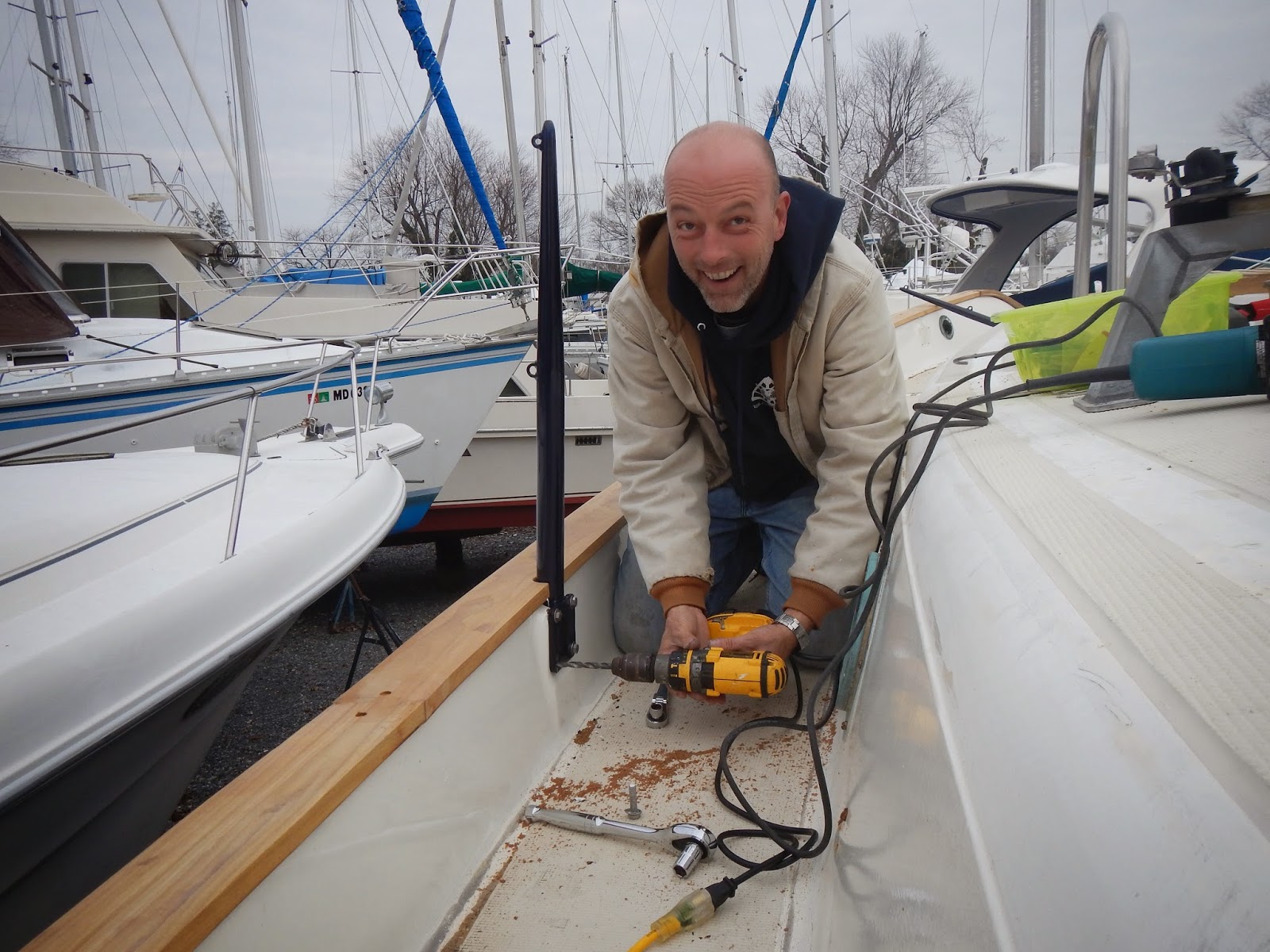 We had to cut part of the caprail with a hole saw to install them. 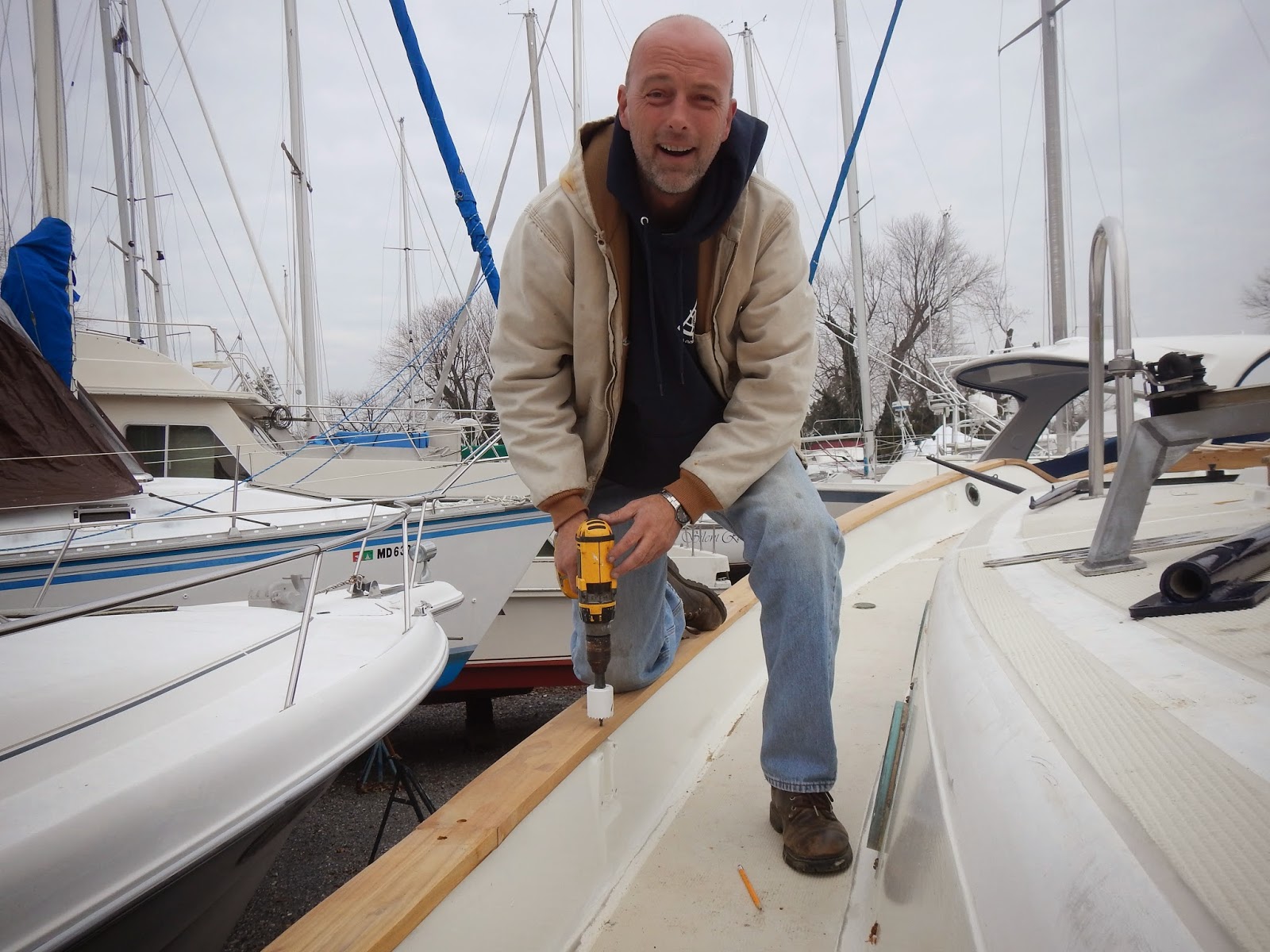 All in all, I would say that the worst part of the whole job was the cold weather. 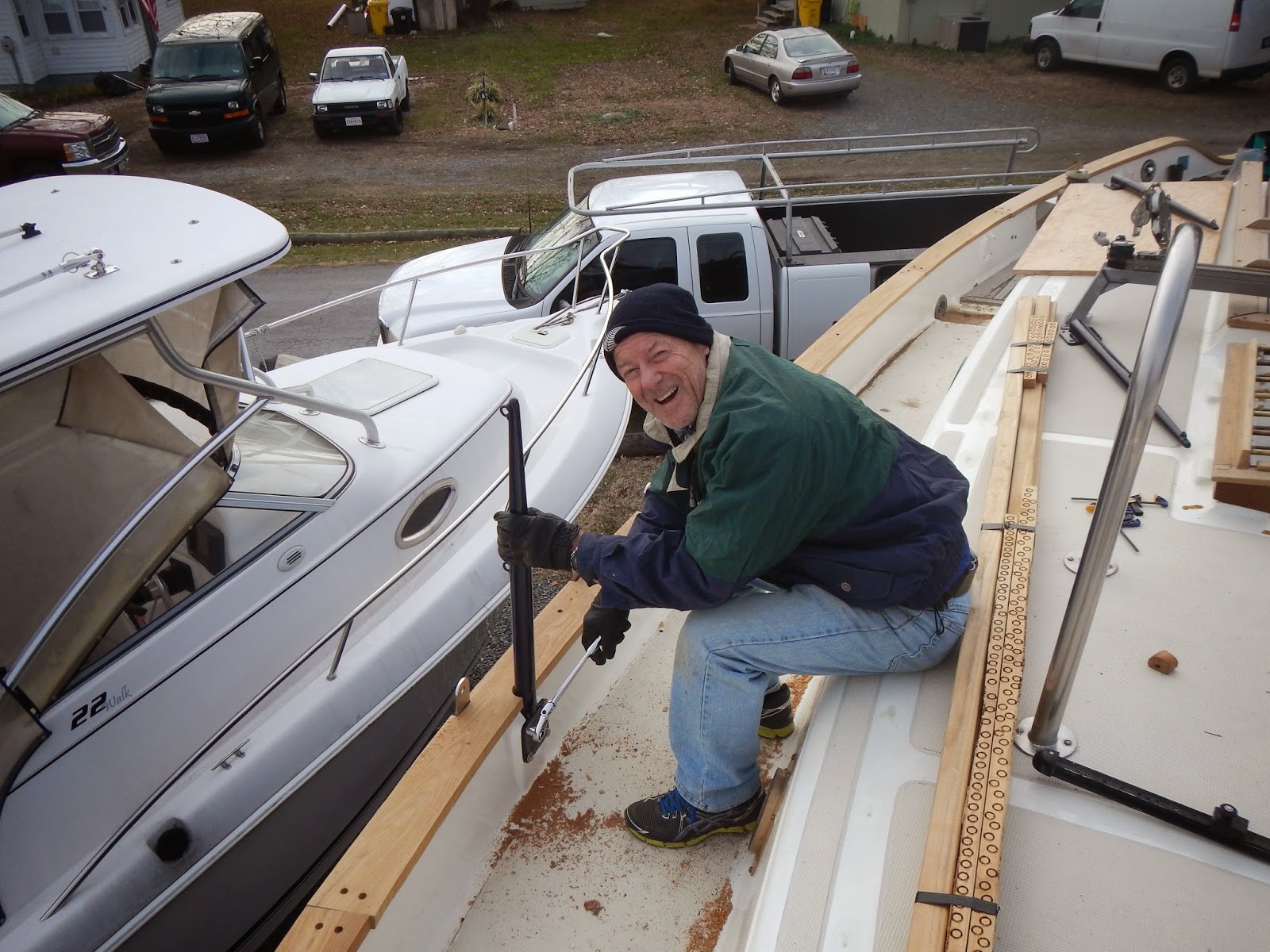 You  CAN work outside on your boat in the cold wintertime, but you really have to be motivated, and if at all possible, it is better to have your boat in a place like Florida where the weather is not an issue.

I hope to have my boat out of storage next month and after a mini refit, go cruising down the East coast of Florida and then who knows where?

Hope you have a wonderful Holiday and an inspired New Year!