Seeing we will be gone for so long, I decided to freeze 10 meals before we set off and store them in the freezer onboard. There is a kitchen not far from here in Snell’s Beach that agreed to make them and freeze them in aluminum trays. At first I was going to try and make them myself, but I don’t really have the expertise to do a good job and they gave me such a good price I couldn’t say no. The chef who prepared them used to make meals for the oil rigs fellows offshore so he knew just what I wanted. I was initially going to get all vegetarian meals but ended up compromising on the following.

They are 1 kilogram each, enough for a hearty meal for the 3 of us or perhaps to split in half for later. 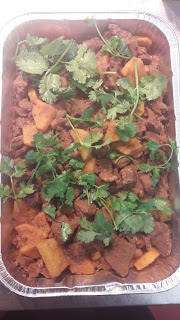 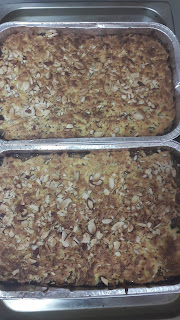 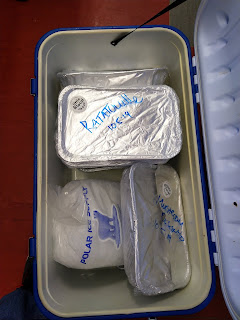