In the Yard Day 4.....Bowsprit and caprail

Today I spent floating between 2 projects. Because it was Easter Sunday I didn't want to make a lot of noise drilling so after my morning Joe, I went to work on the caprail. 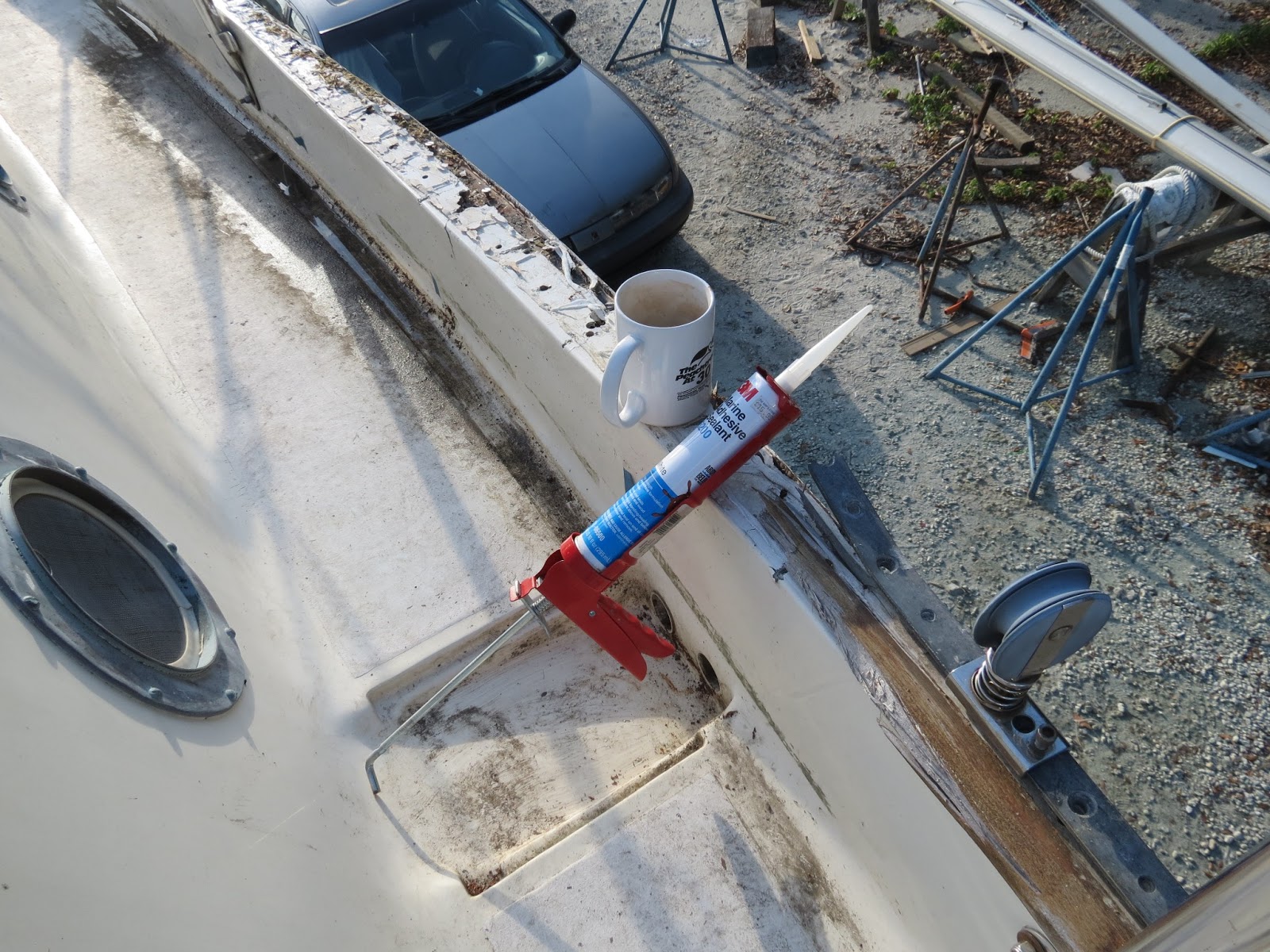 I cleaned it up, removing 20 odd screws and removed the genoa track. 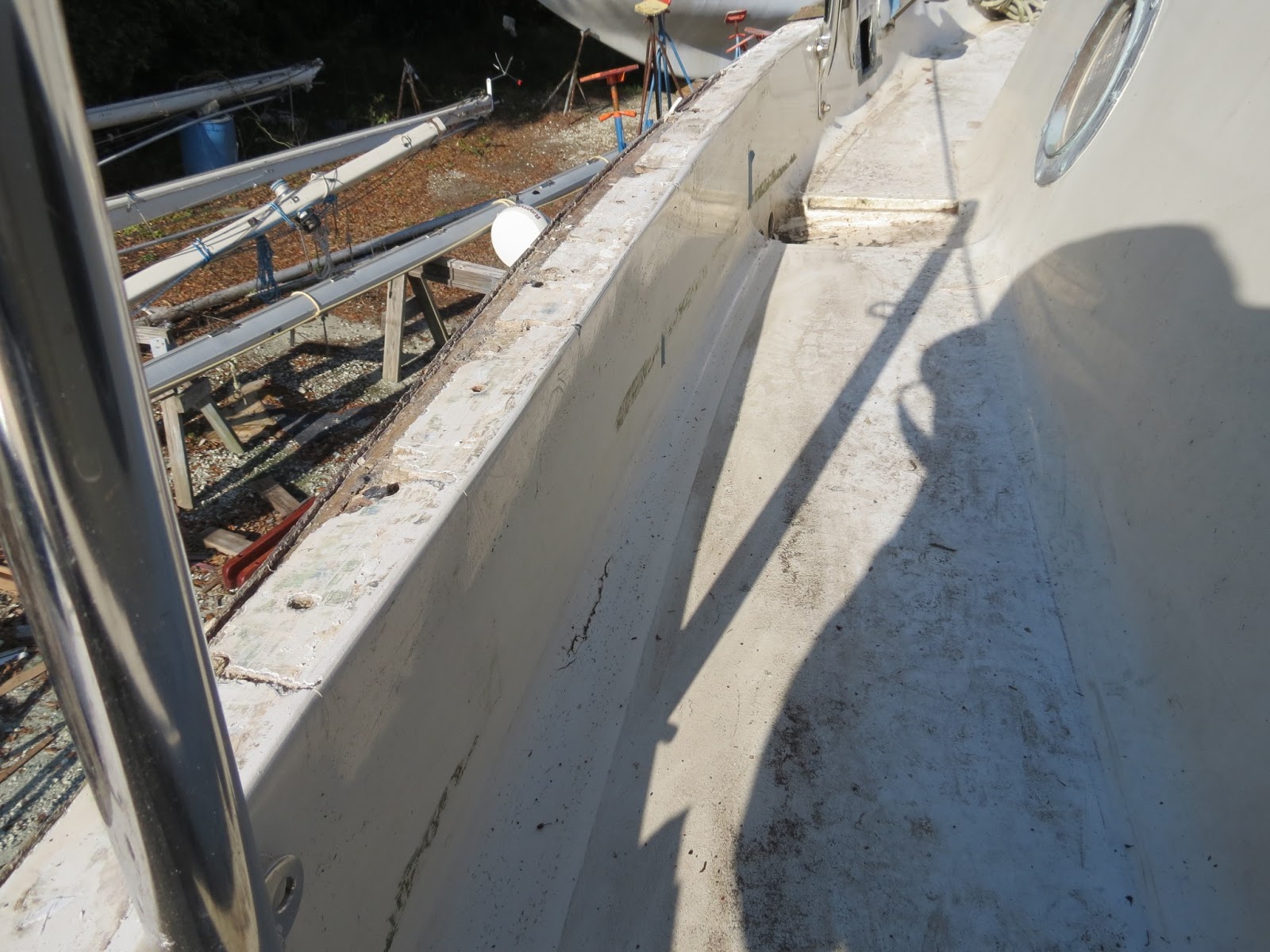 I had to use vice grips on top and underneath inside the boat. 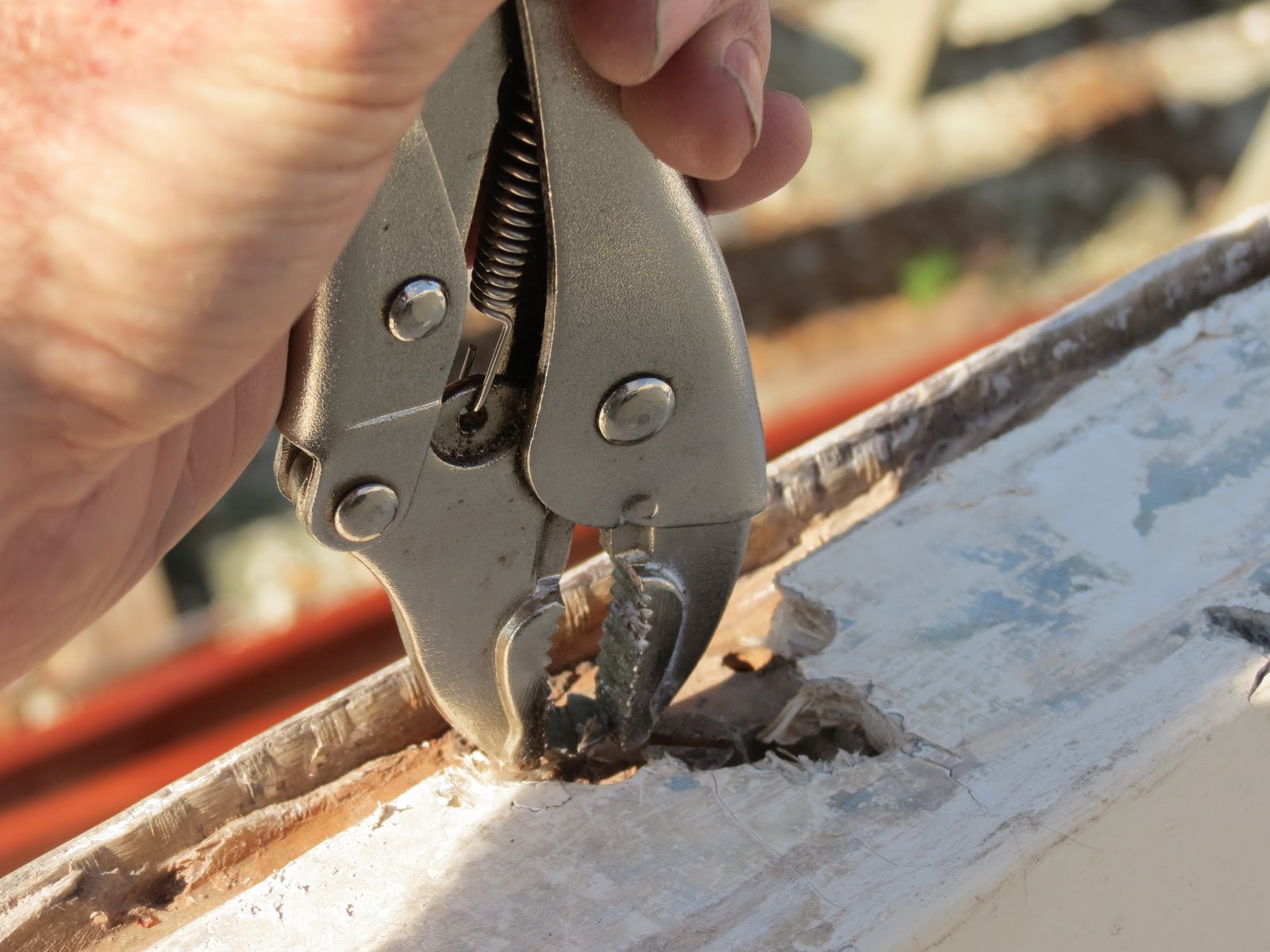 As you may well guess, I gave up on a couple of them 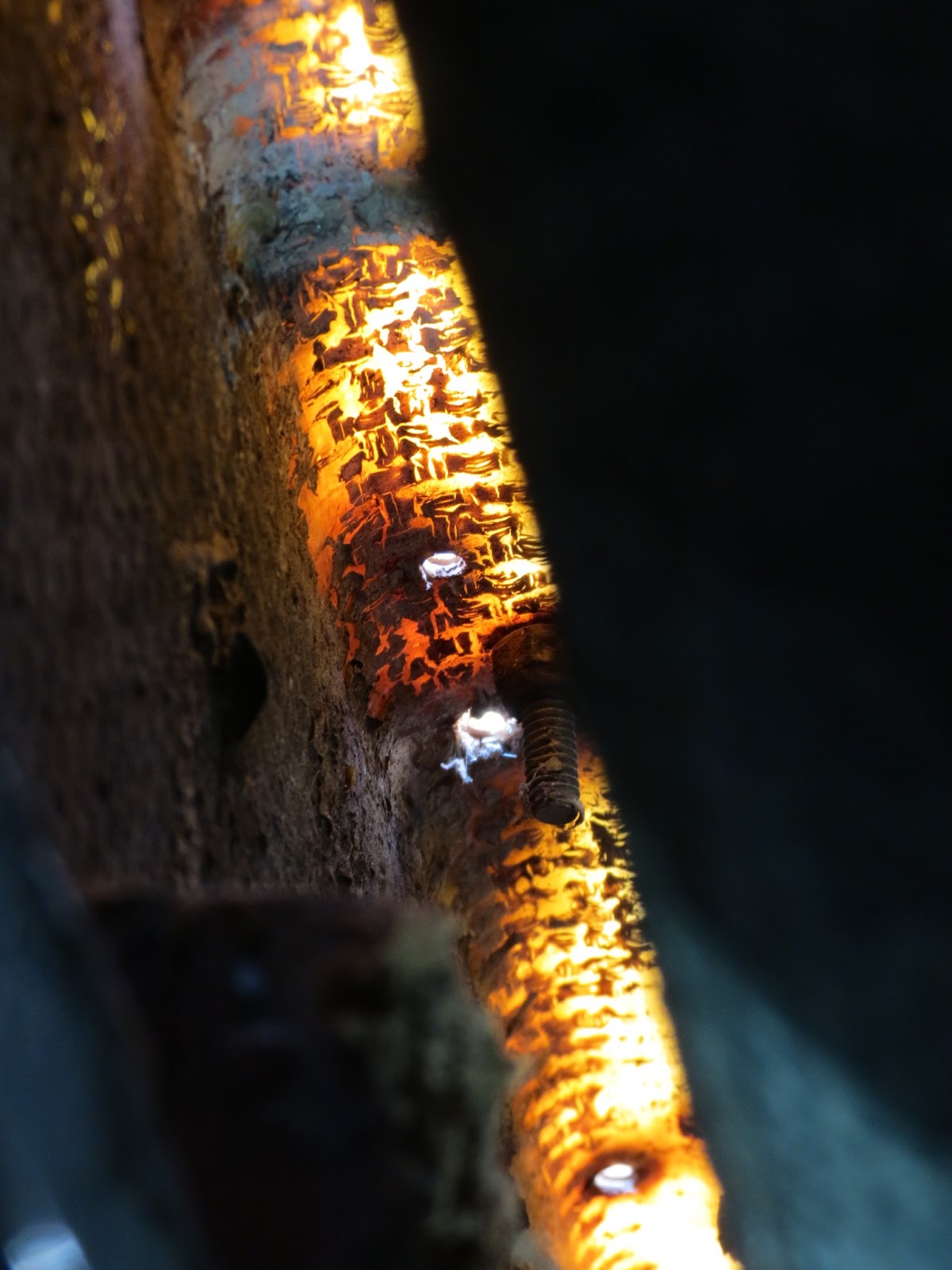 At this stage I felt like a morning cup of tea, so I fired up my new stove and made myself a cuppa! 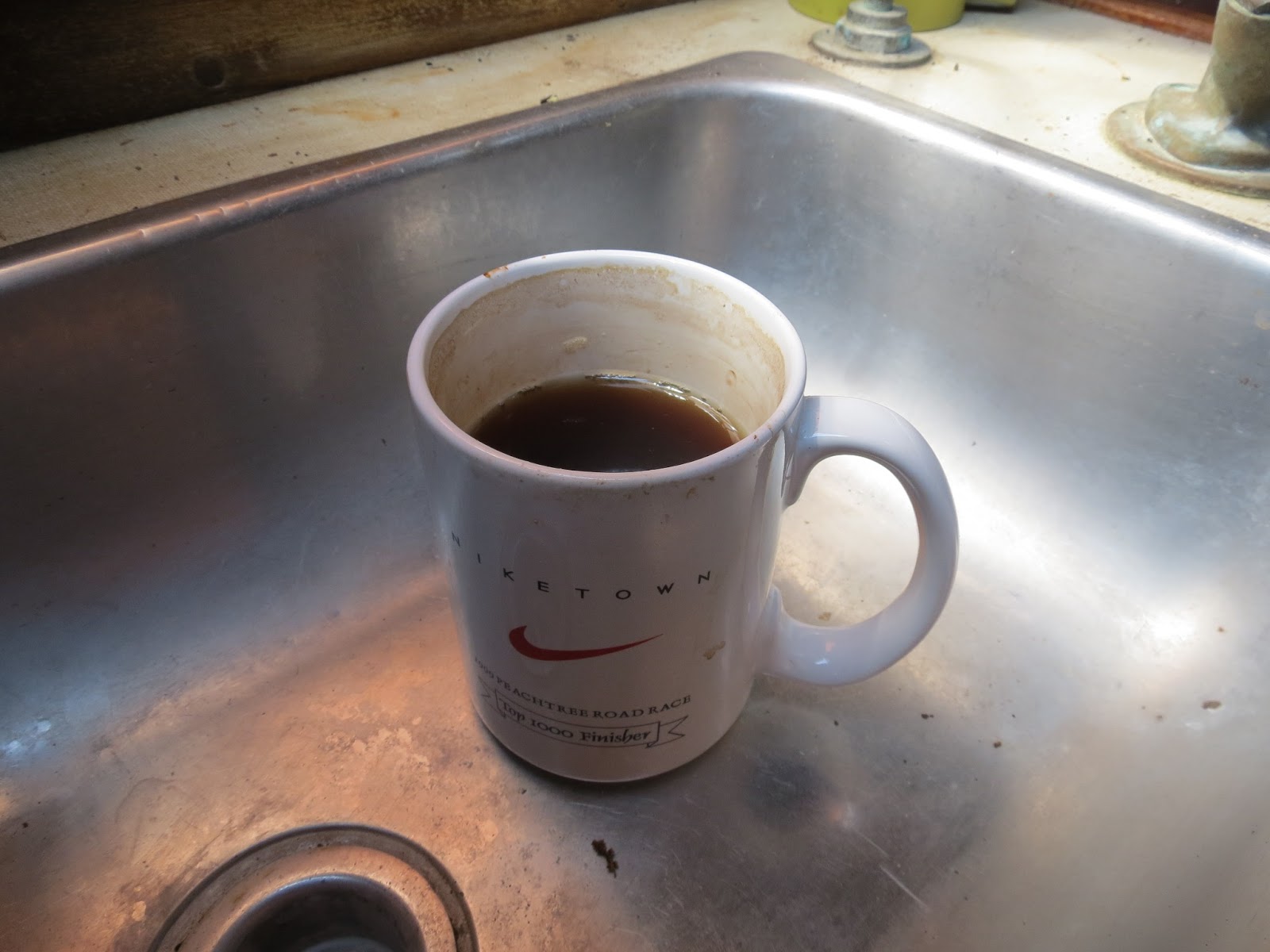 Don't look too closely because there was so much dust in the air I switched halfway through to bottled fruit drinks and green tea.
Next I unscrewed the damaged caprail and cut it off cleanly. 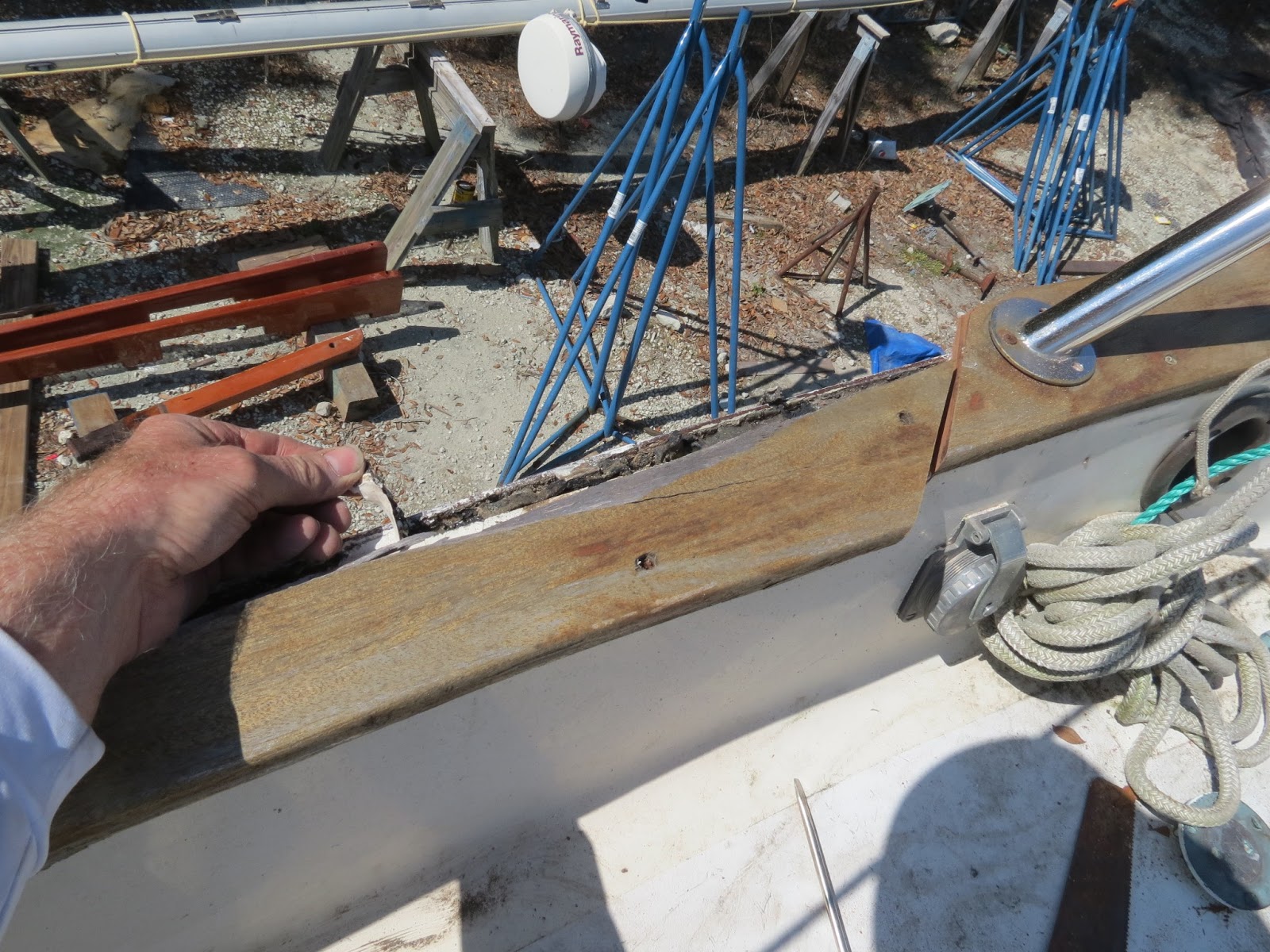 Time to switch jobs. I had to drill my epoxy sheet for under the bowsprit and cut it to fit. 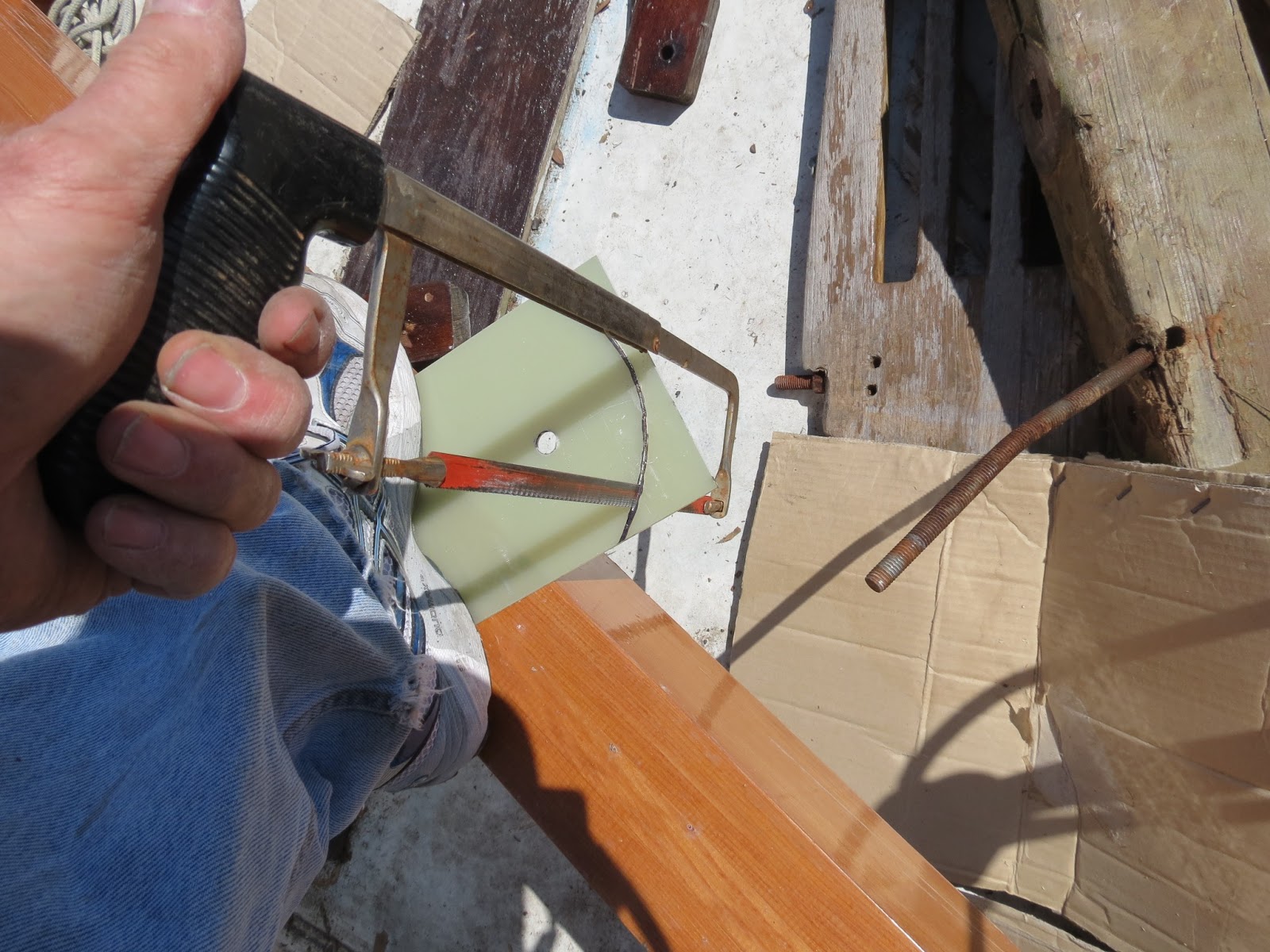 That stuff is rock hard. Thanks to Dani and Tate of Sundowner for the tip.  Their URL is      http://sundownersailsagain.com/return-of-the-bowsprit/ on the internet.
I tried to stick it down with 3M 4200 first of all but the new tube I had must have been old because it didn't flow. So I switched to Boat life life seal. 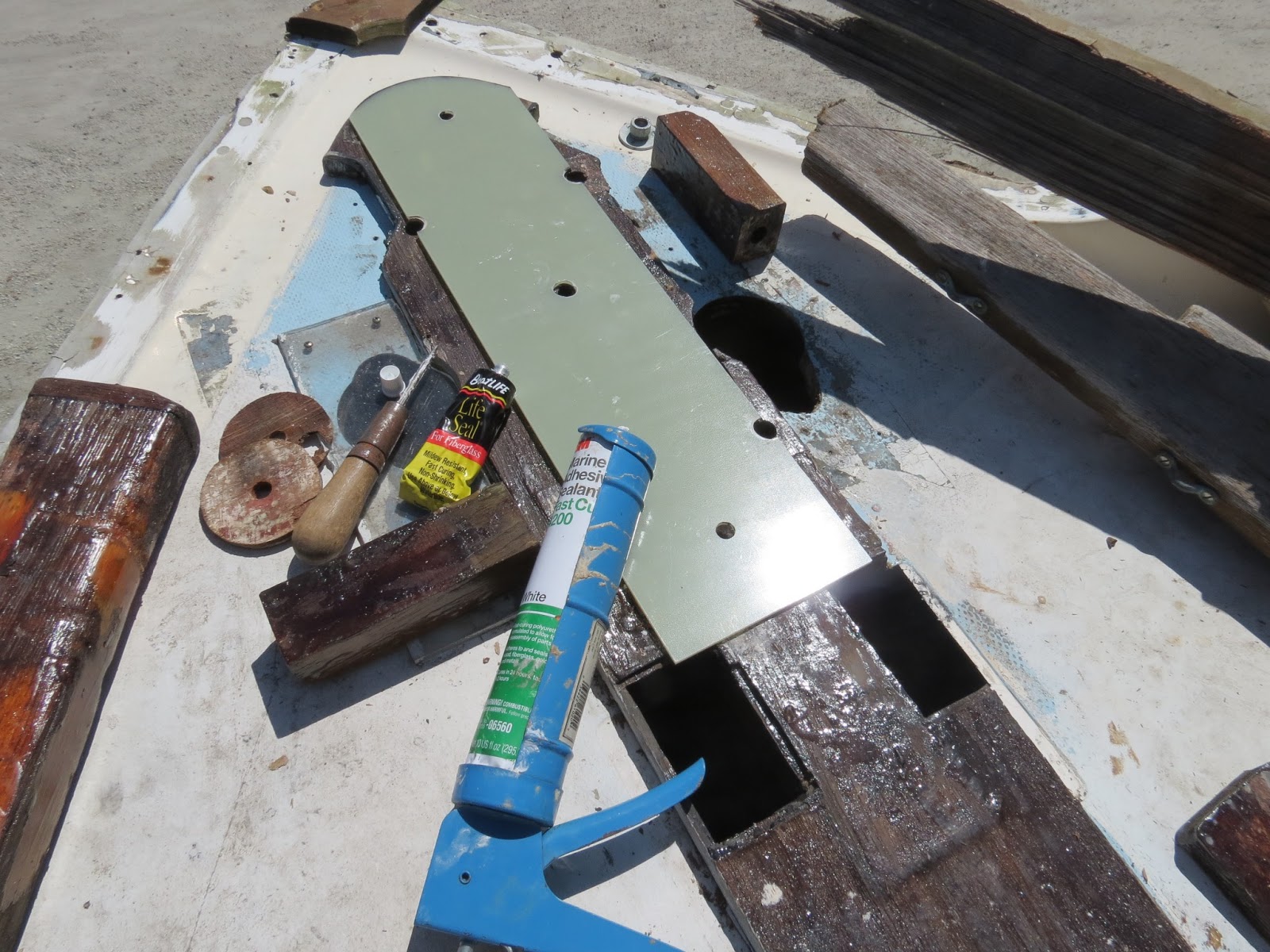 Here is the second sheet on the under side of the deck. 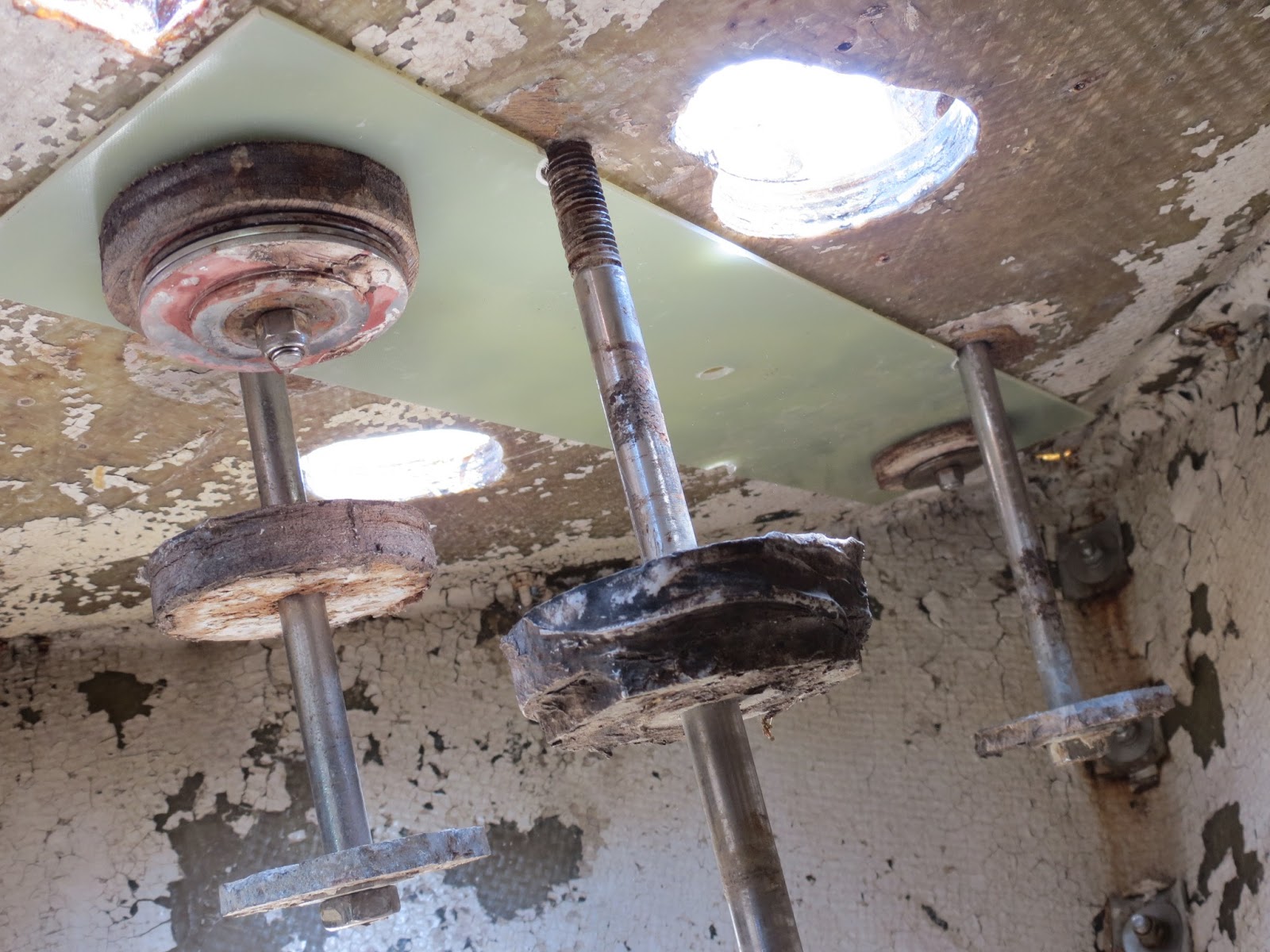 As you can imagine, the holes didn't line up so I had to do some more drilling. 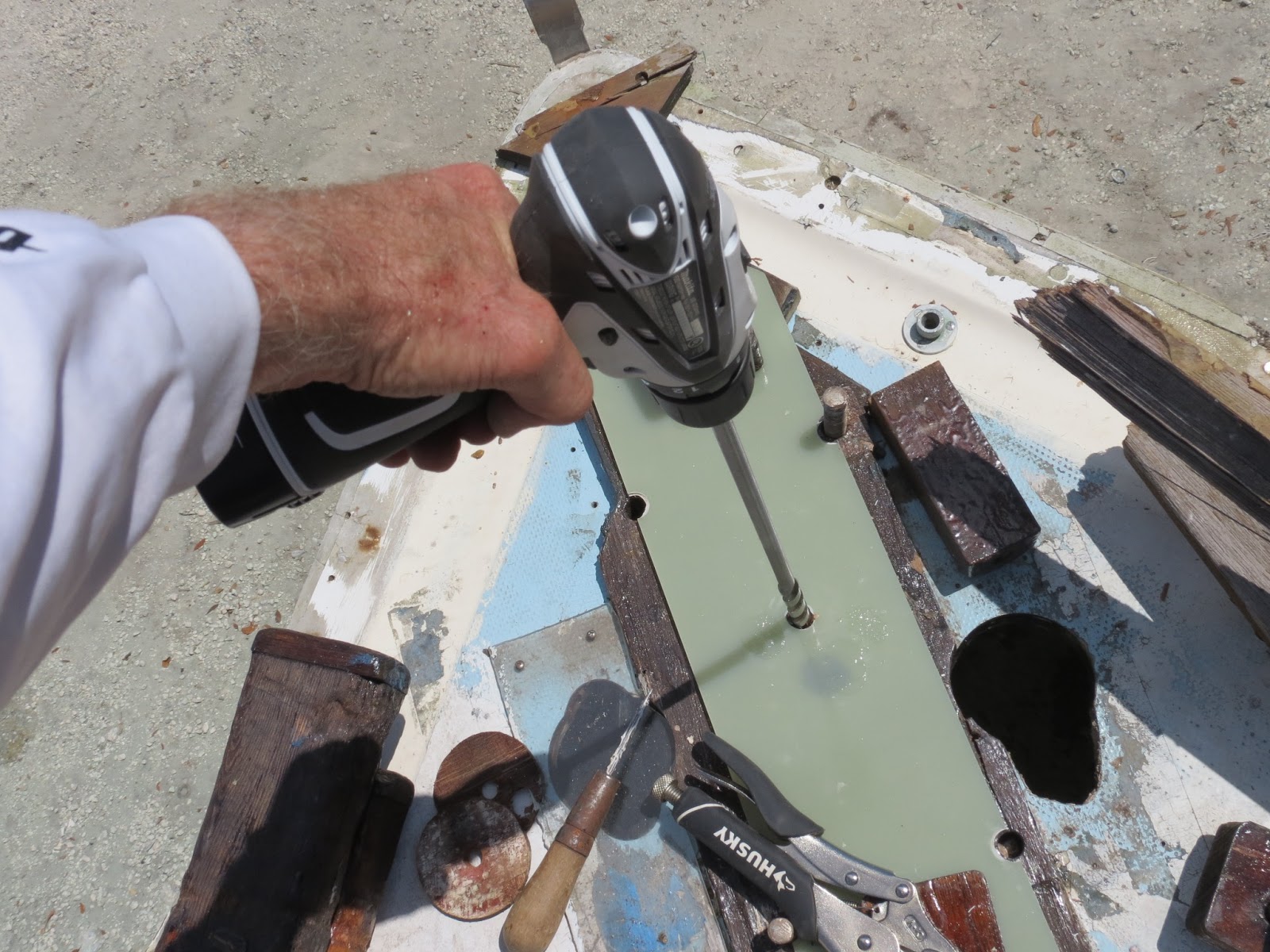 So now I switched again, back to the caprail project. Now the damage meant that the bulwark was an inch away from the hull so I used my car jack and some clamps borrowed from a kind neighbor to close the gap. 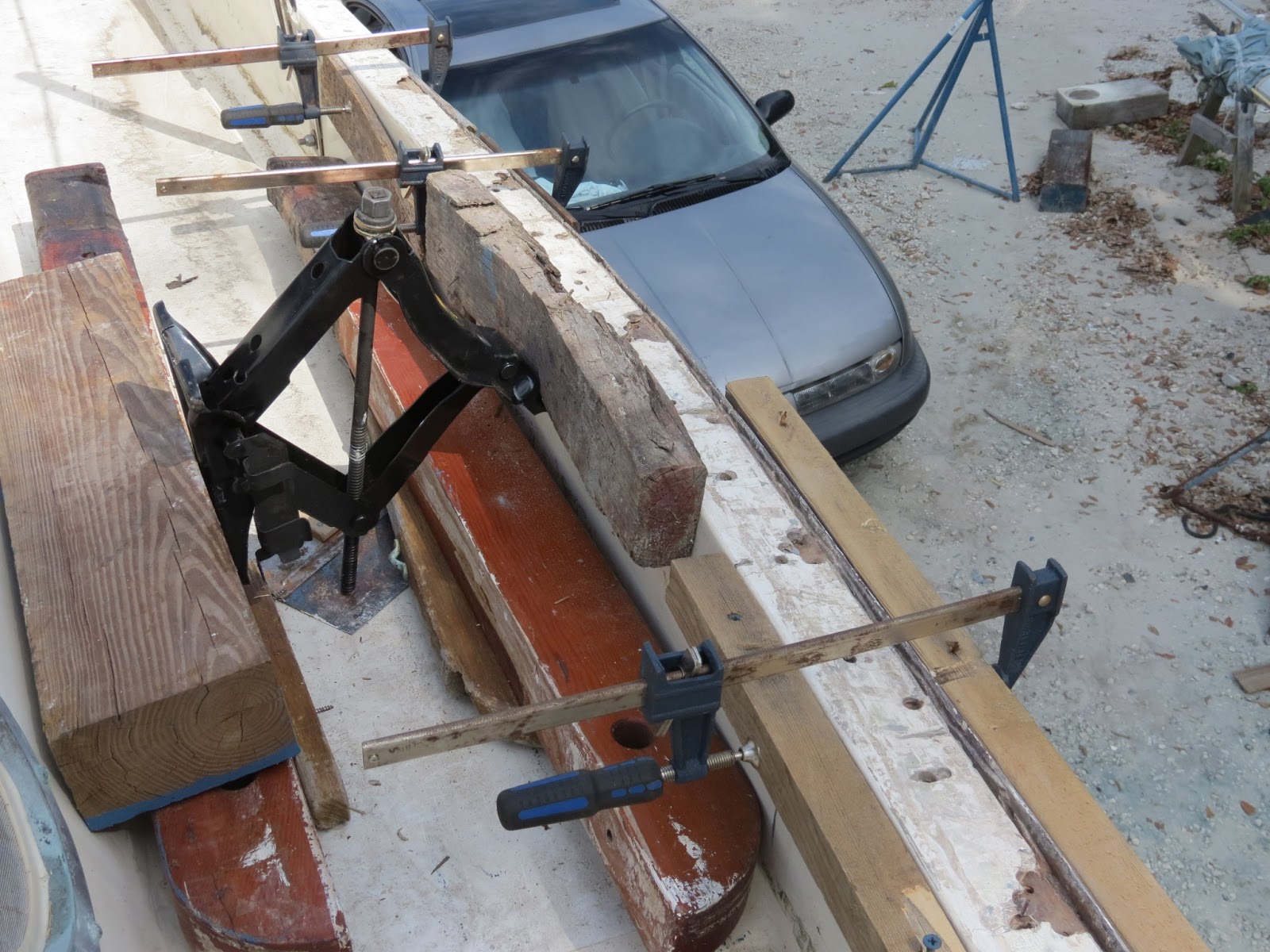 So now I needed to put screws between the two and I used a special bit, and butyl tape. 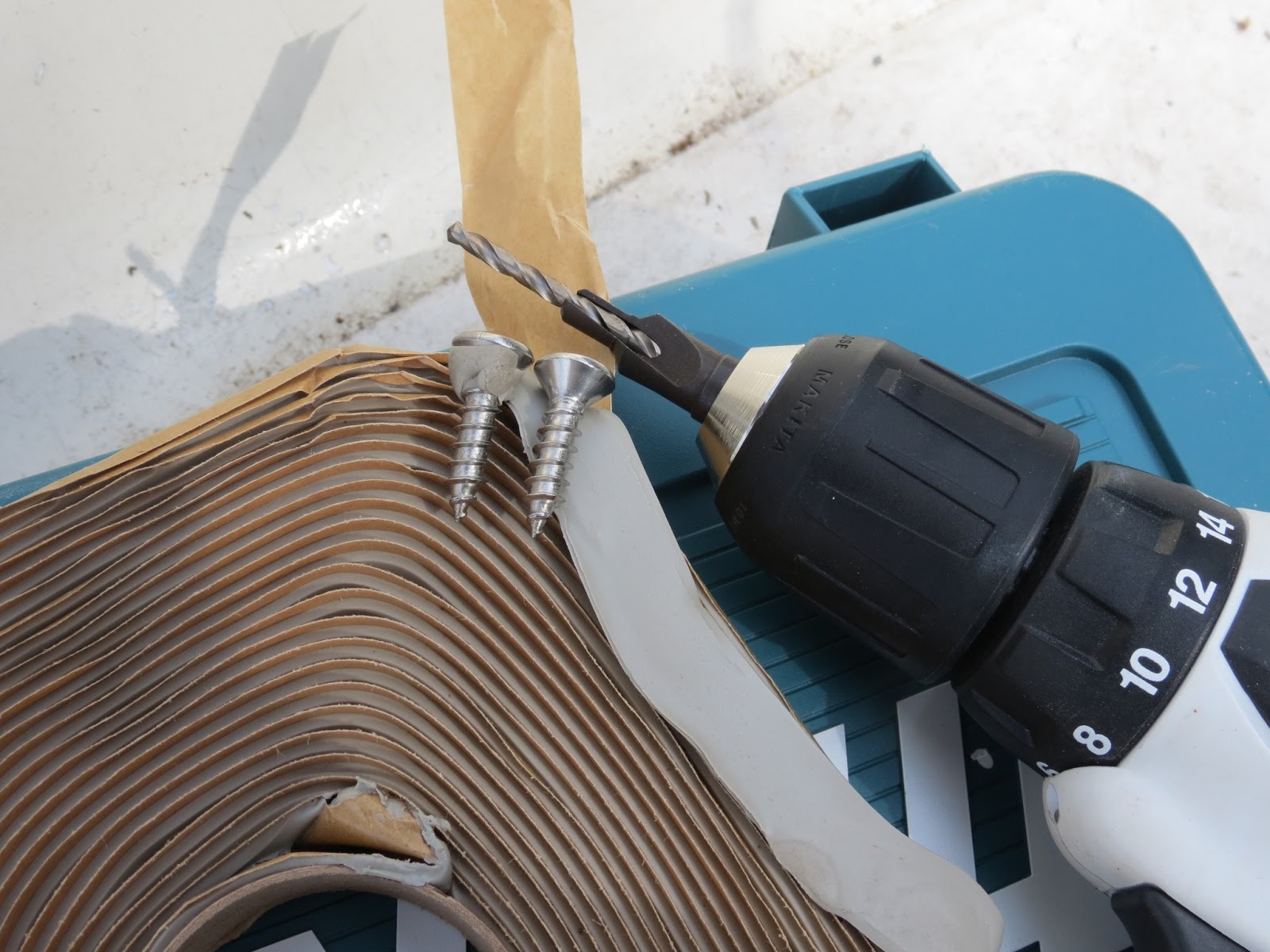 Look closely at the profile of the left hole and note that there is plenty of room for the screw and seal. 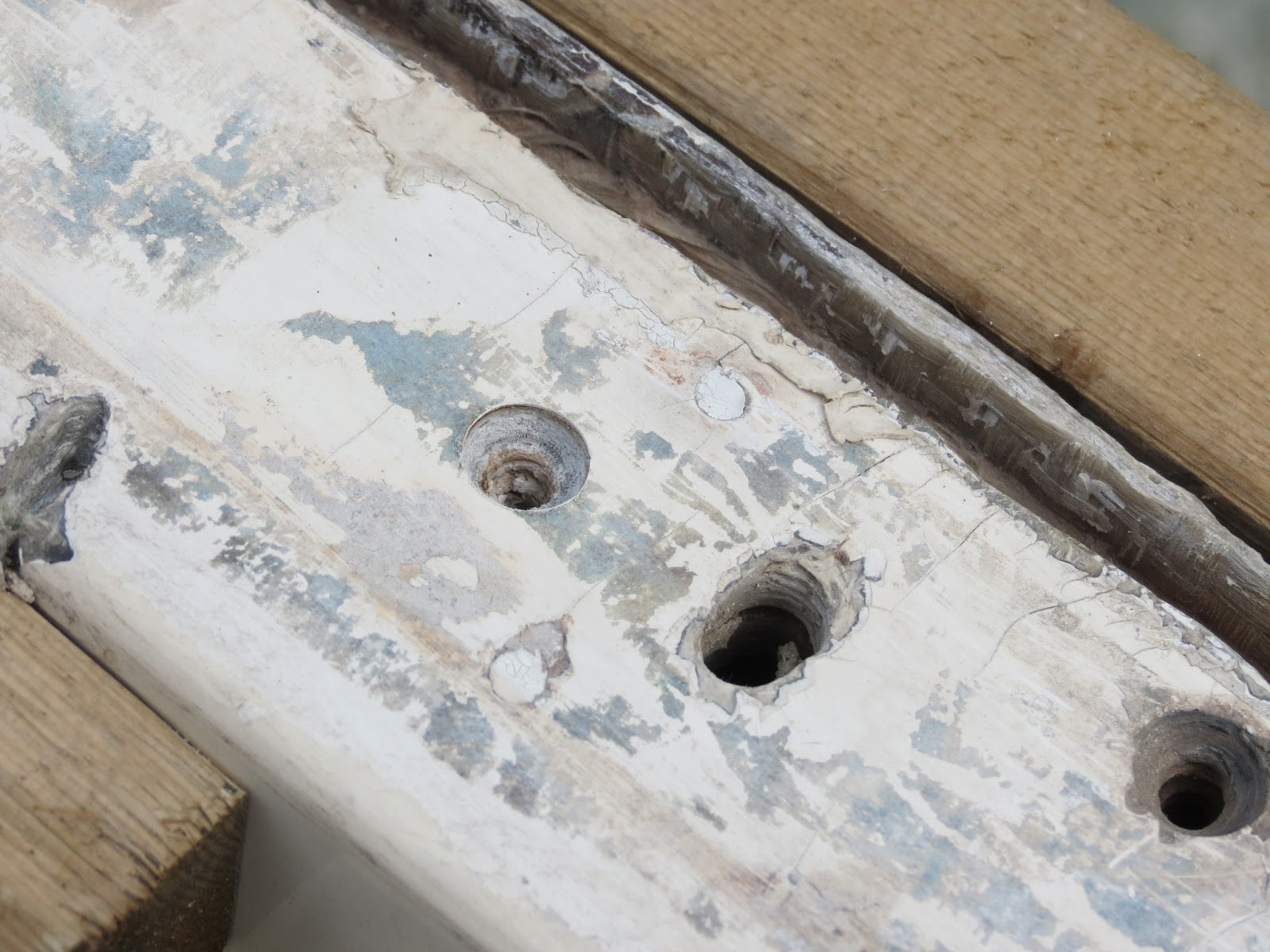 After screwing about 20 screws in, I poured epoxy in all the gaps and left it to set. 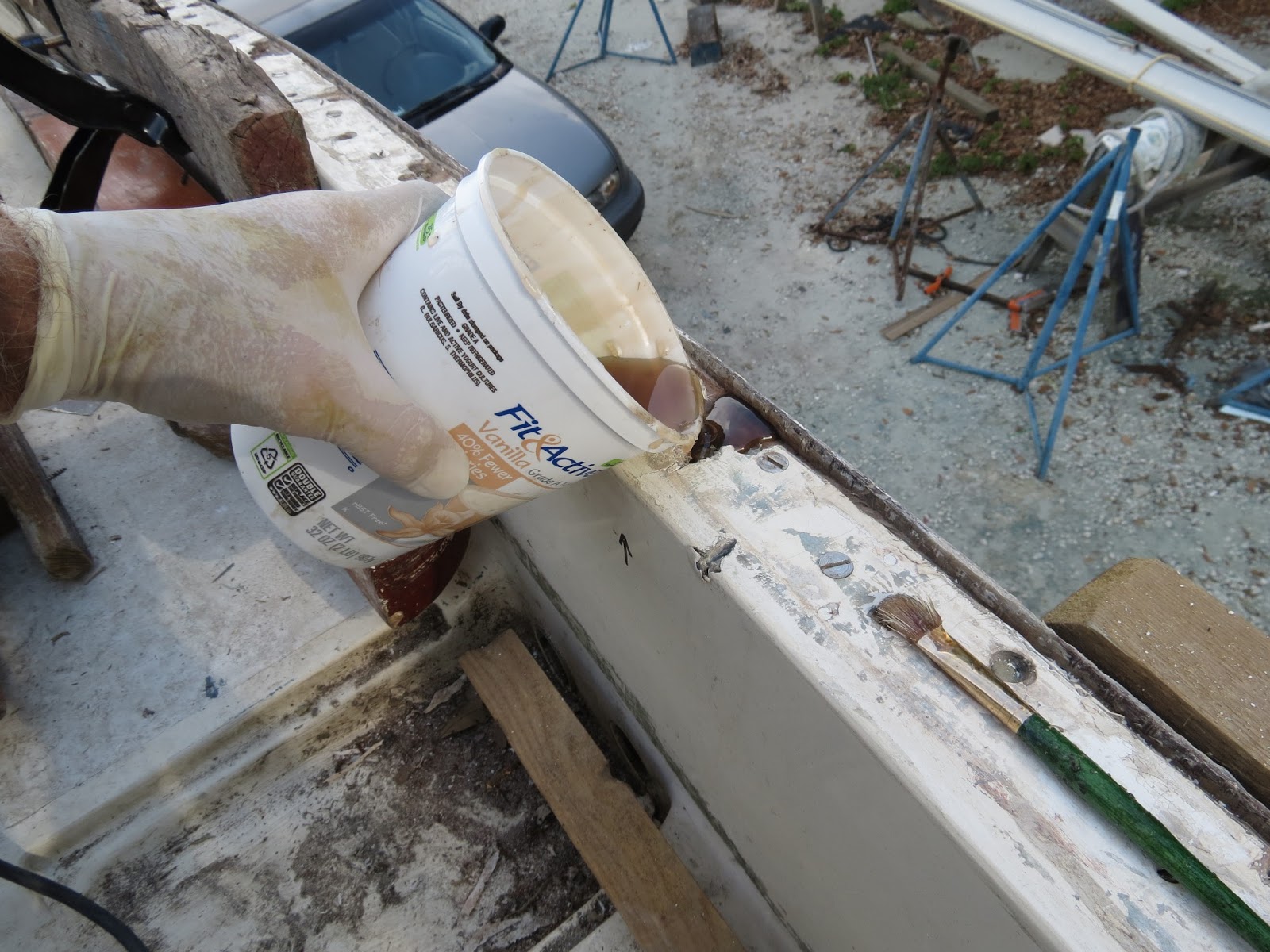 I inspected the bowsprit again and the the parts were all loose so I had to bring out my secret weapon to anchor it all together. 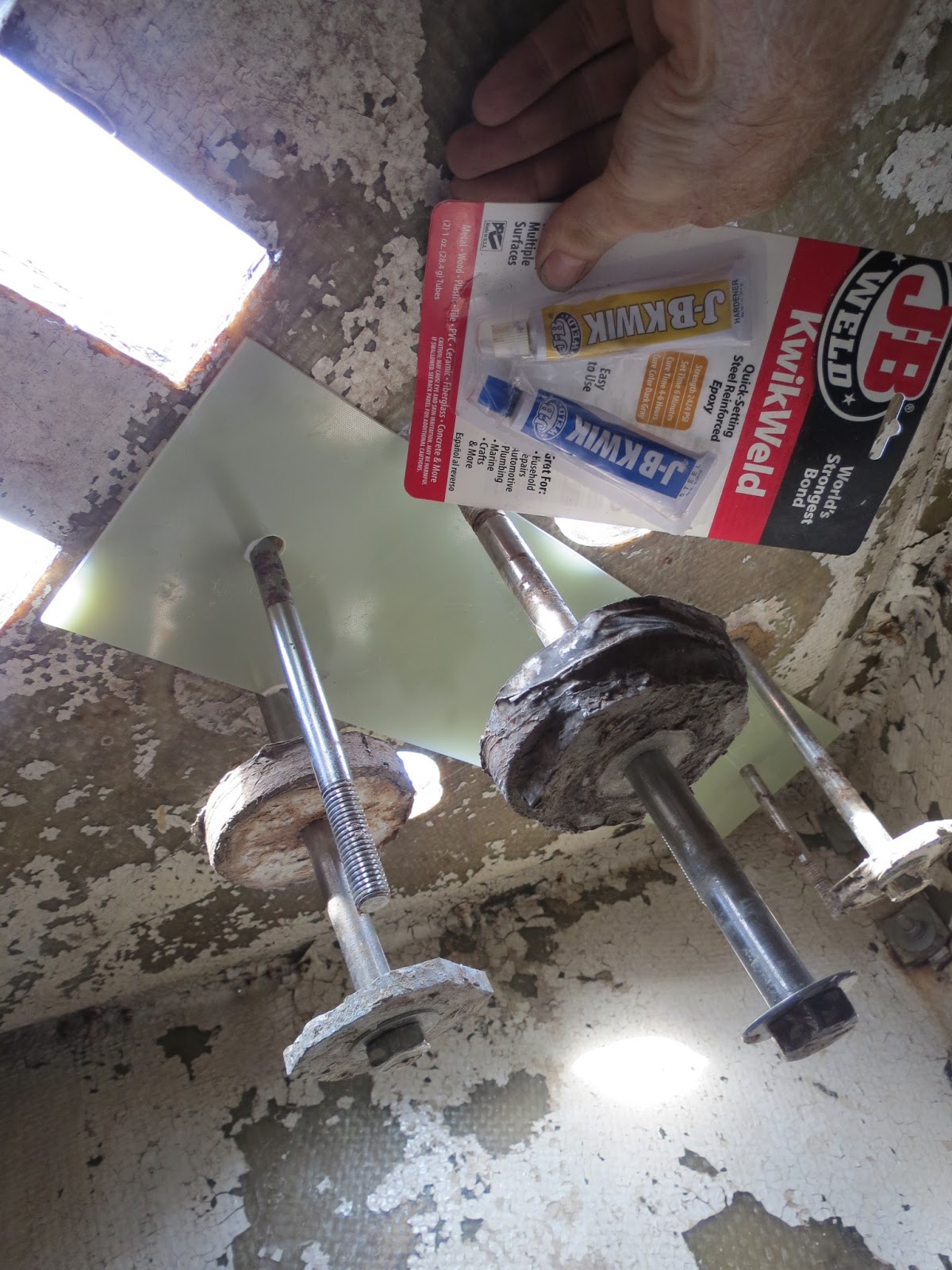 It is supposed to rain to night so I ran up to Wally World for some long rubber bands to seal my leaky port holes. Unfortunately they didn't work so I improvised with some steel wire. 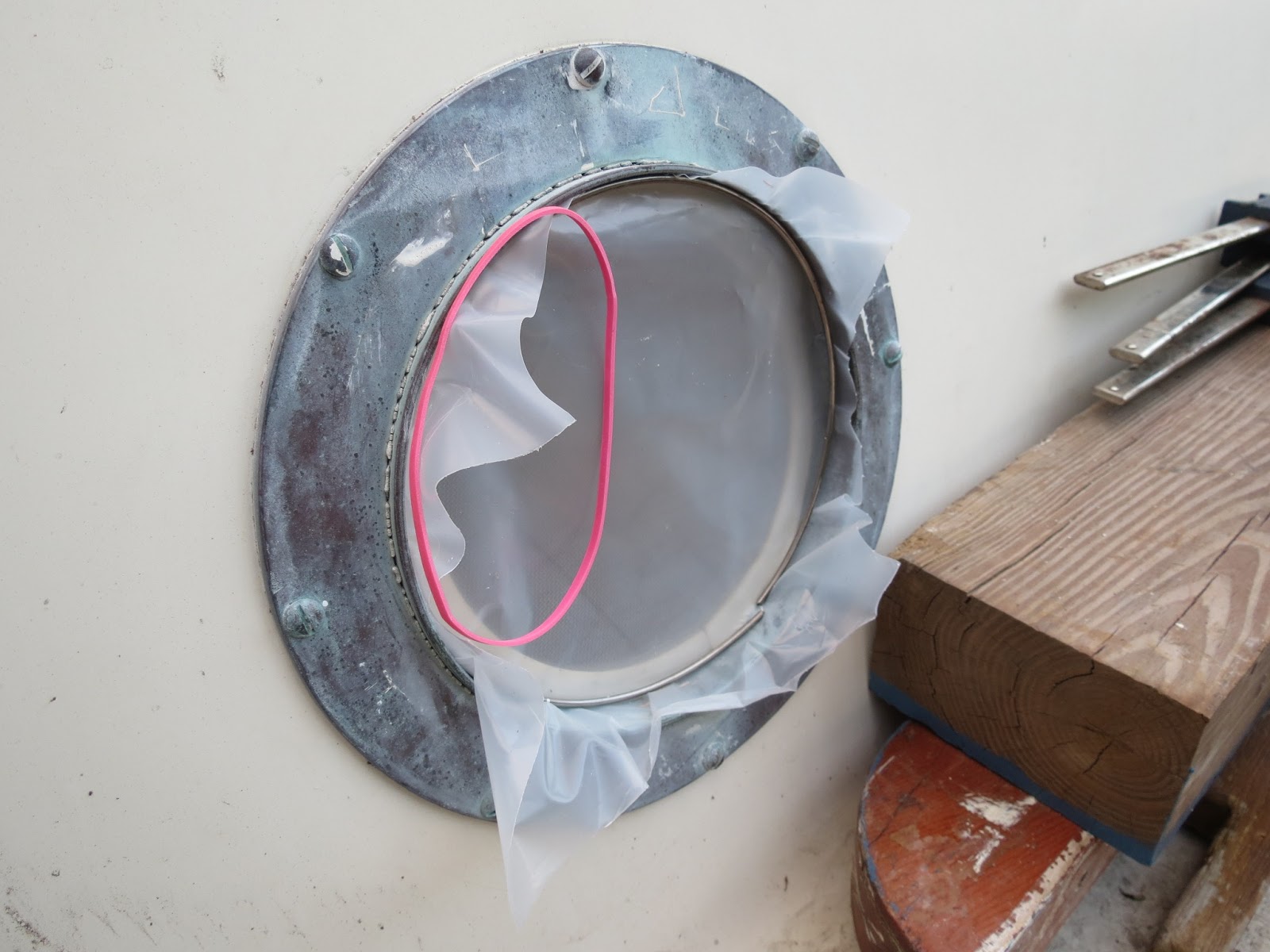 We will see tomorrow how well they work out. Meanwhile I am enjoying some real greens for dinner for a change. Salad and frozen vegetables followed by blueberries. What a treat!
Posted by Onapua at 9:43 PM