Do you ever have one of those days where you go one step forward but 2 steps backward? Well today was one of those days. First I worked on the caprail putting down a layer of "devil's glue." 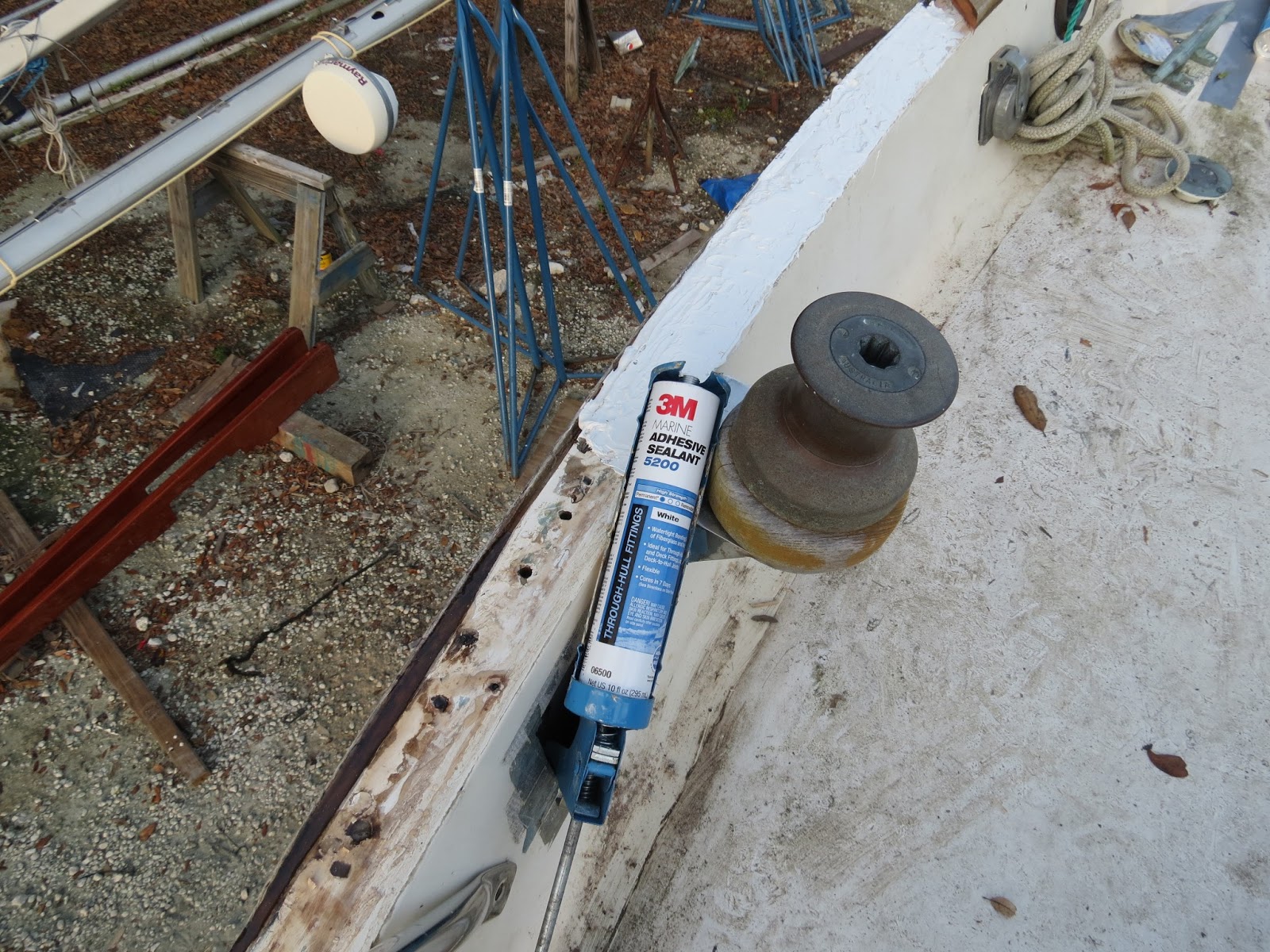 It looked pretty good when I finished. 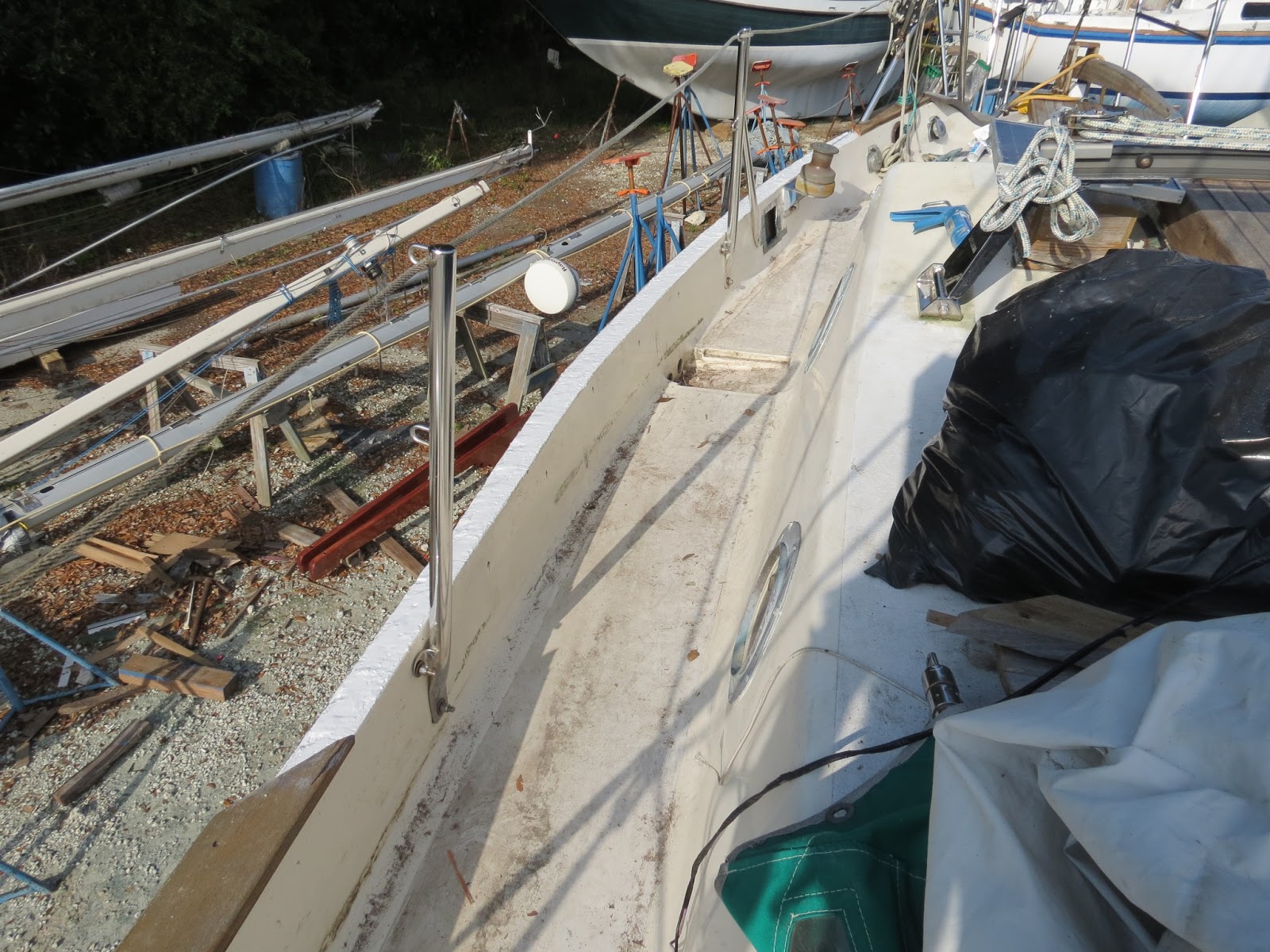 But it takes a week to cure so guess what? 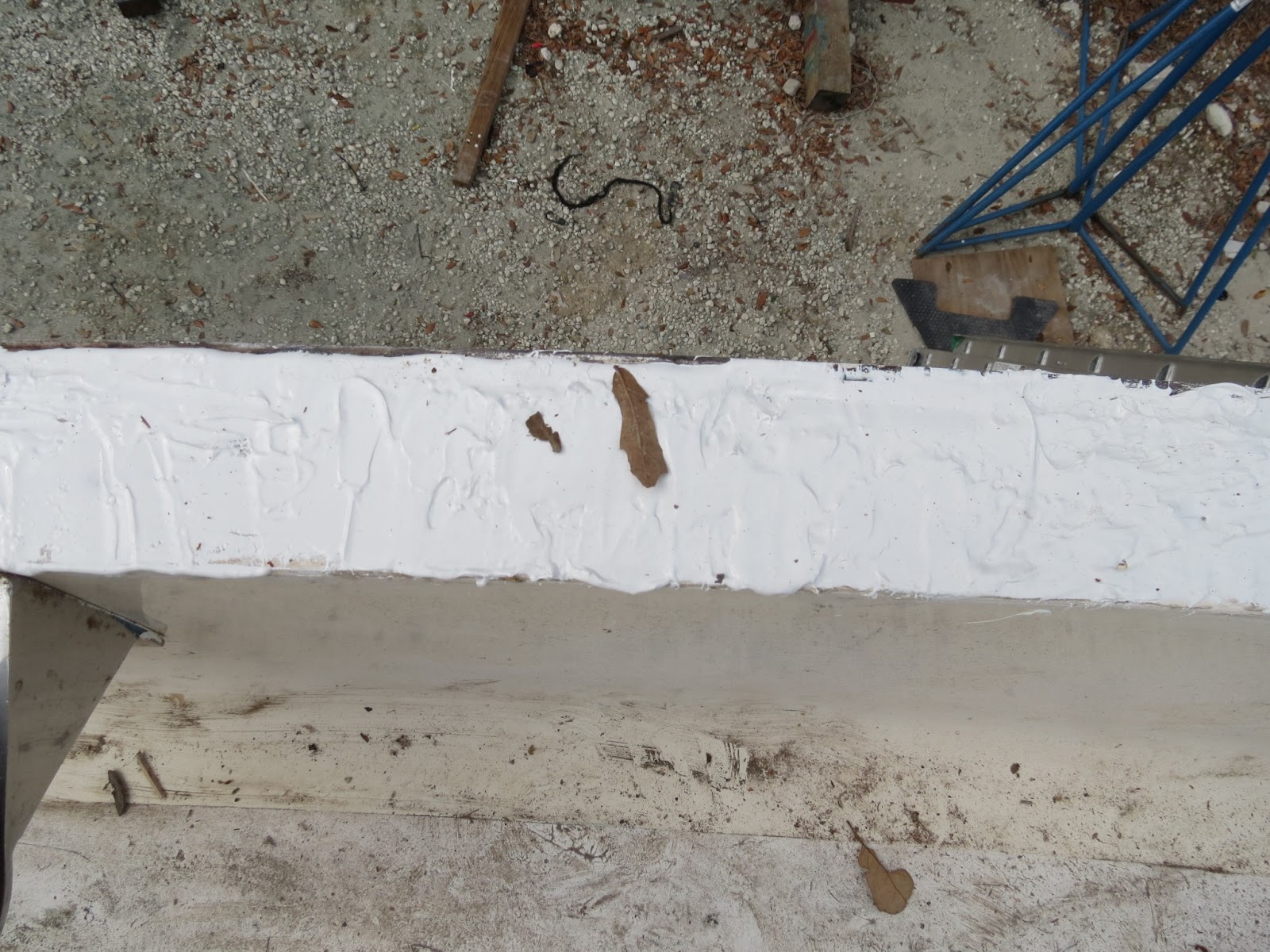 Next I moved onto the bowsprit and cleaned all the old caulk out of the channel between the deck and the hull. 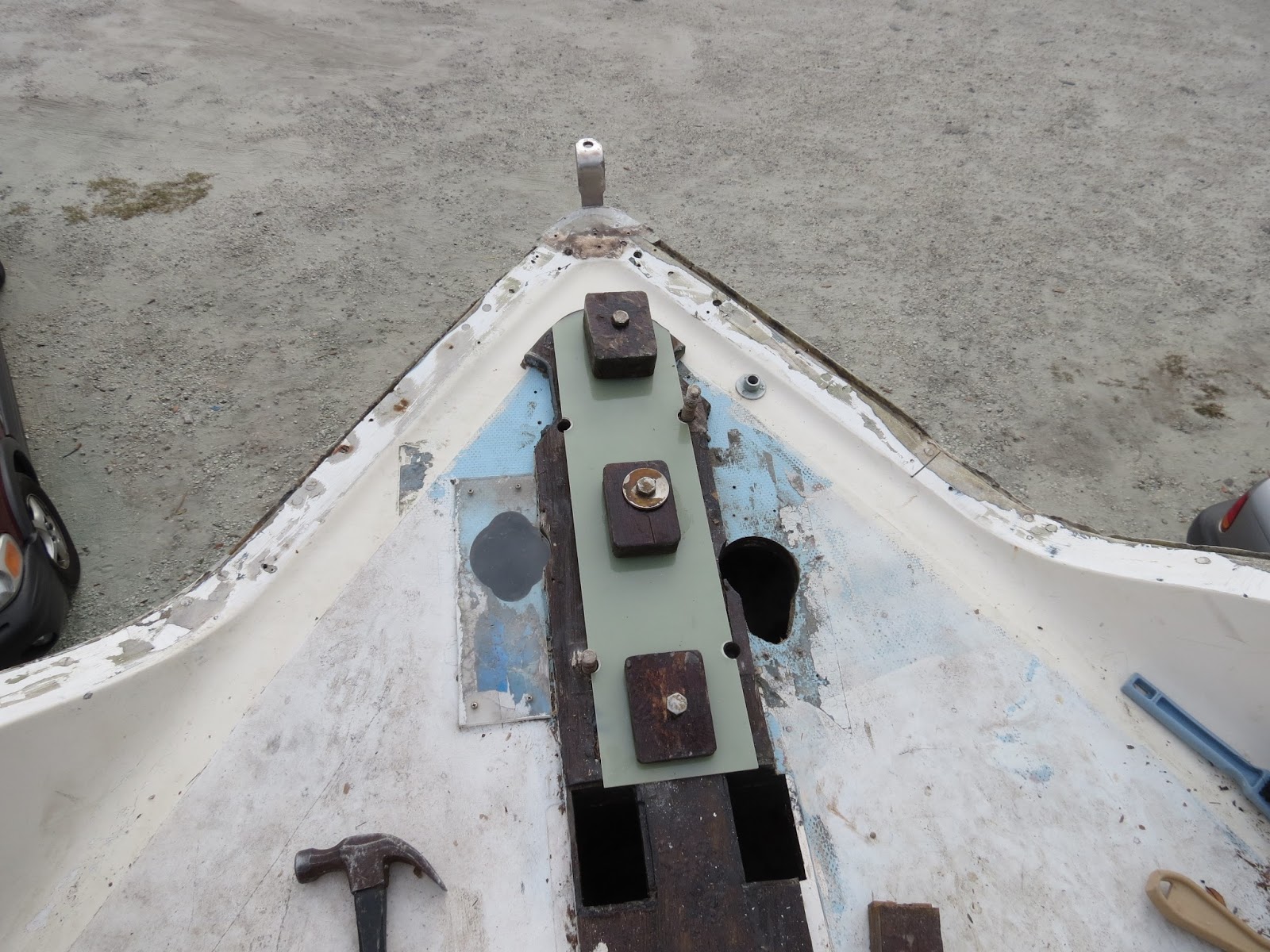 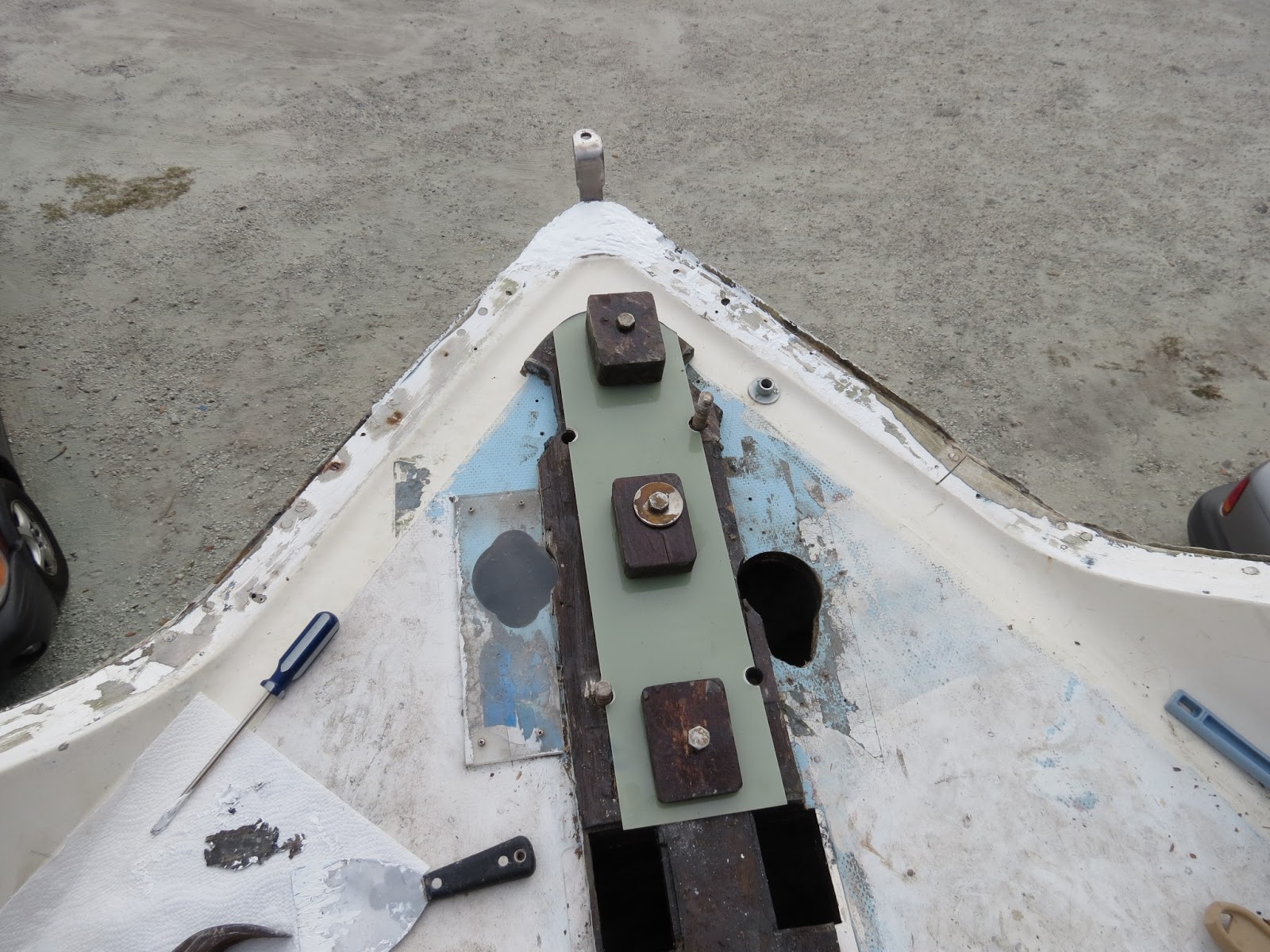 I ran out of it just after starting.So I proceeded to lay out the bowsprit. 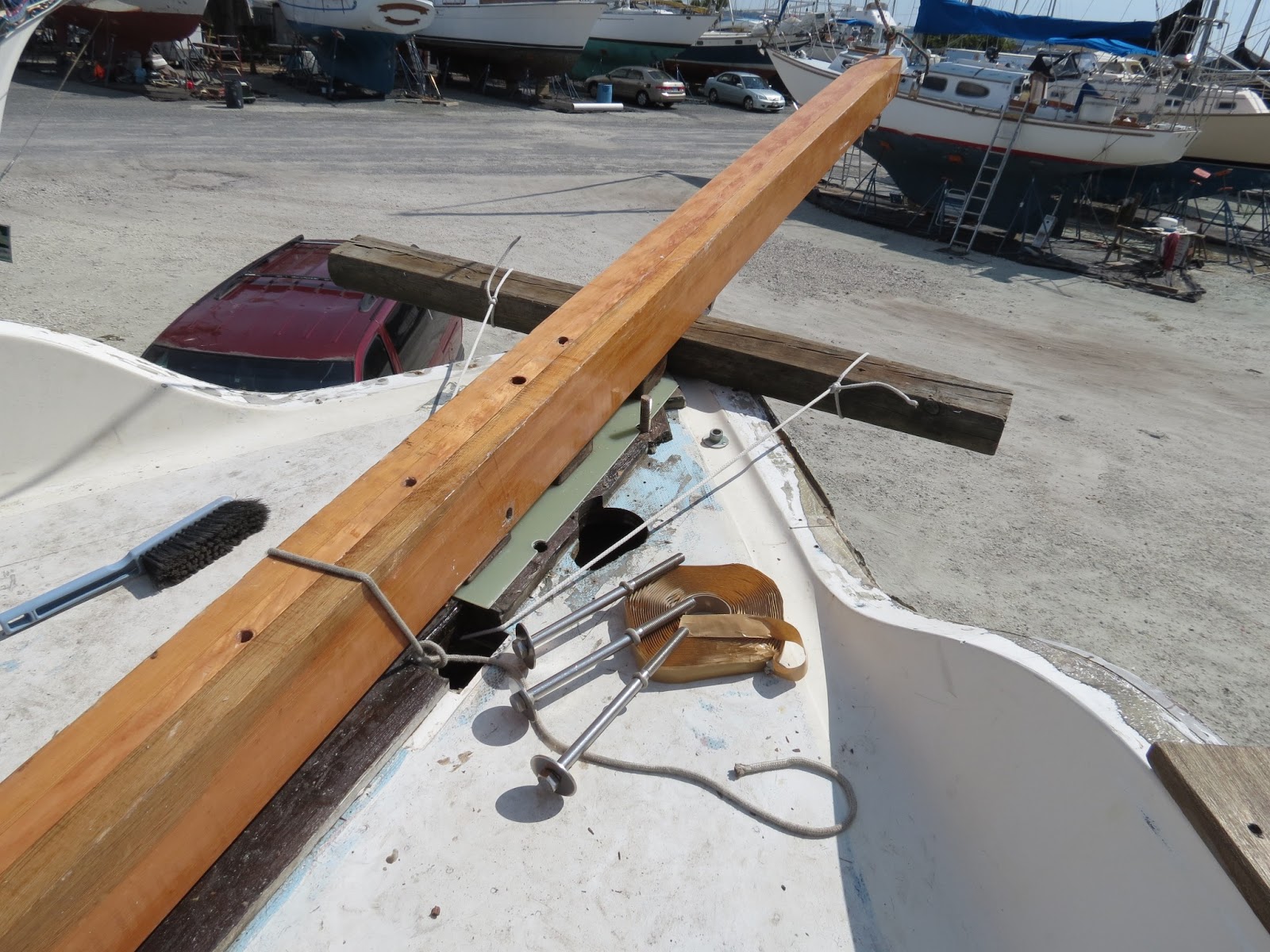 Checking all the fittings, I noticed a crack in the 3/4" nut that held the fitting for the staysail boom. Now that part would take a visit to the local Ace hardware store so I moved on....... To my morning cup of tea on my new stove! I turned it on and went outside. Big mistake! Five minutes later the water had evaporated and we were headed for disaster. Rule from now on is never leave the stove with an open flame. Next project on the list is what? This time to our 30 amp power cord which wasn't providing the boat with power. I couldn't find continuity between one end and the other so I cut one end off. Turned out to be the wrong end. The problem was at the other end. So what was needed was  a drive this time to Home depot. So off I went 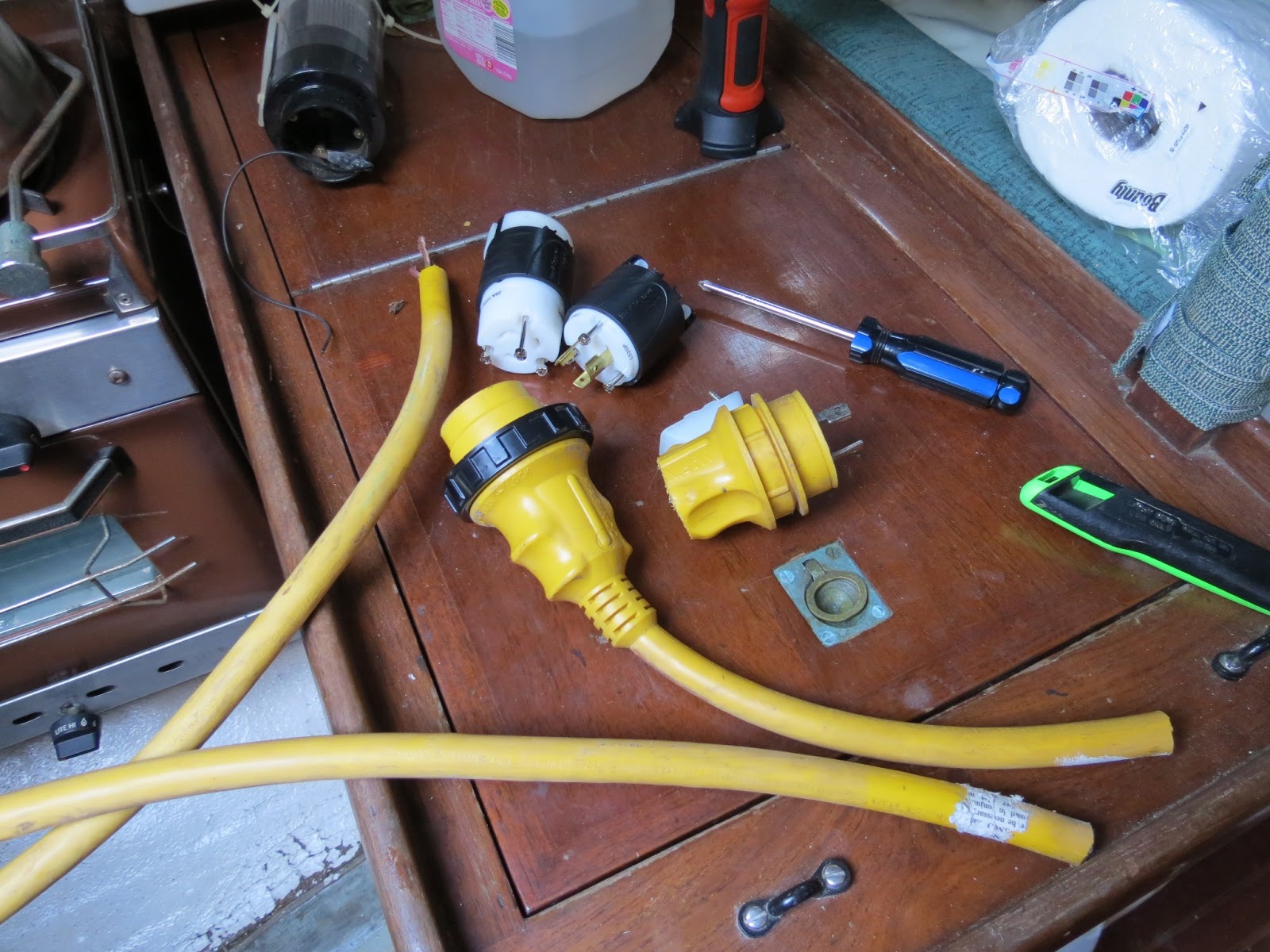 So even though the 20 amp black and white plugs that I bought from Home depot look exactly the same as my 30 amp yellow ones, they are not. There is about 1/8" difference in location of the plugs. Back to square one. While I was at Ace, I bought some stainless steel U bolts for the propane locker. 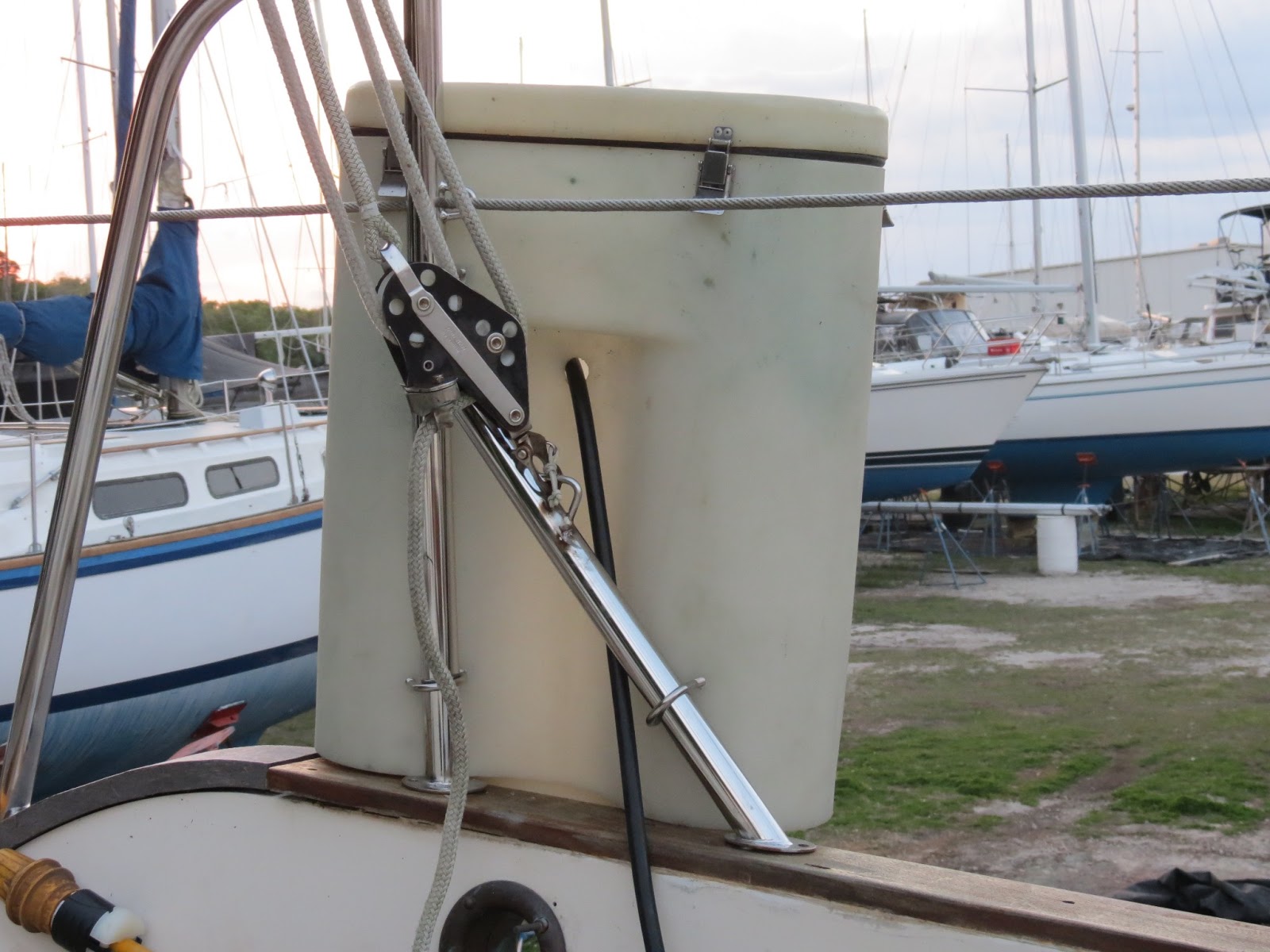 It mounted OK except the bolts are too long and I have to trim 1/2" off the ends so they don't stick into the aluminum tanks. I still have to run the hose through the bulwark and also mount the solenoid. I finished up the day with vegetables for dinner but to cap it all off I just poured half a cup of frozen blueberries into my green tea. I am going to bed!
Posted by Onapua at 9:23 PM