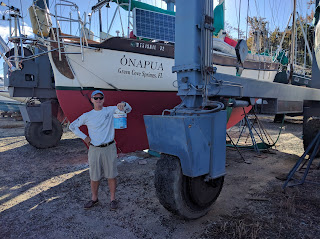 After a last minute paint of where the boat was sitting on the blocks it was off to splash the boat. 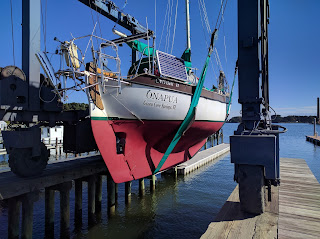 I had changed the flax in my stuffing box so I was expecting a leak around the prop shaft but there no sign of water. Even after several attempts to loosen it, no drips had appeared so I gave up. What did appear strangely enough were drips from the seacock under the sink. Both the hose clamps had broken. 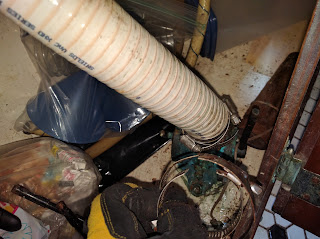 George kindly took time off fixing his Westsail 32 to come down from Maryland to help me. 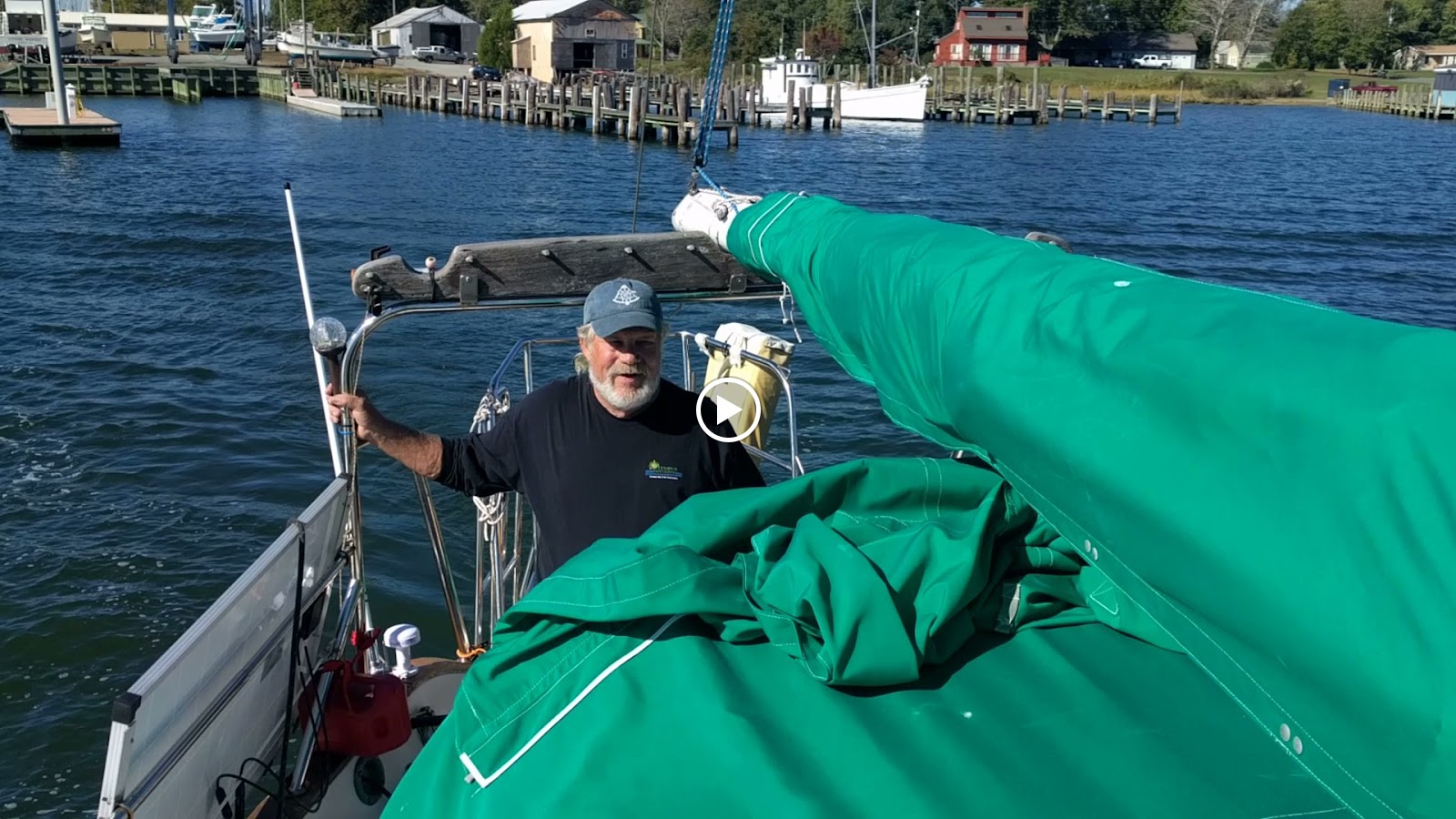 Onapua is "Safe at anchor" at Walt and Mary's place. 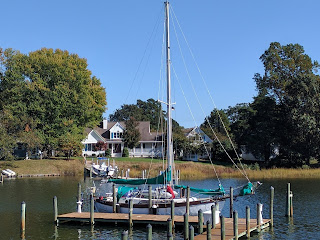