Well it was too windy for the crane today so out came plan B. I first dropped of my engine starter to get repaired, then drove over to Sailor's Exchange and traded my old Profurl furler and a couple of smaller items for these. 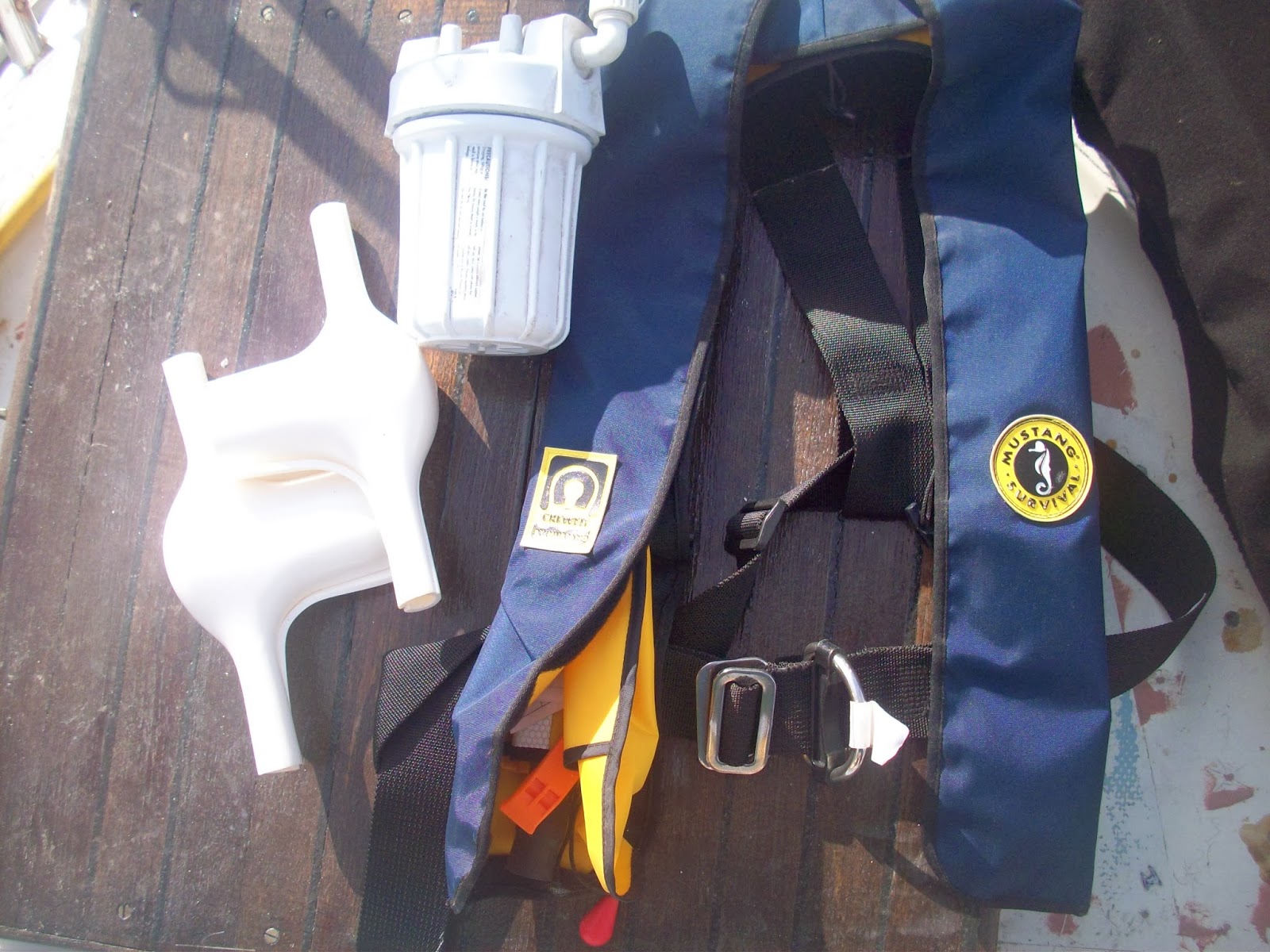 When I got home I realized that the Mustang pfd was not approved by the USCG so that was a big boo boo. The spreader boots turned out well though....... 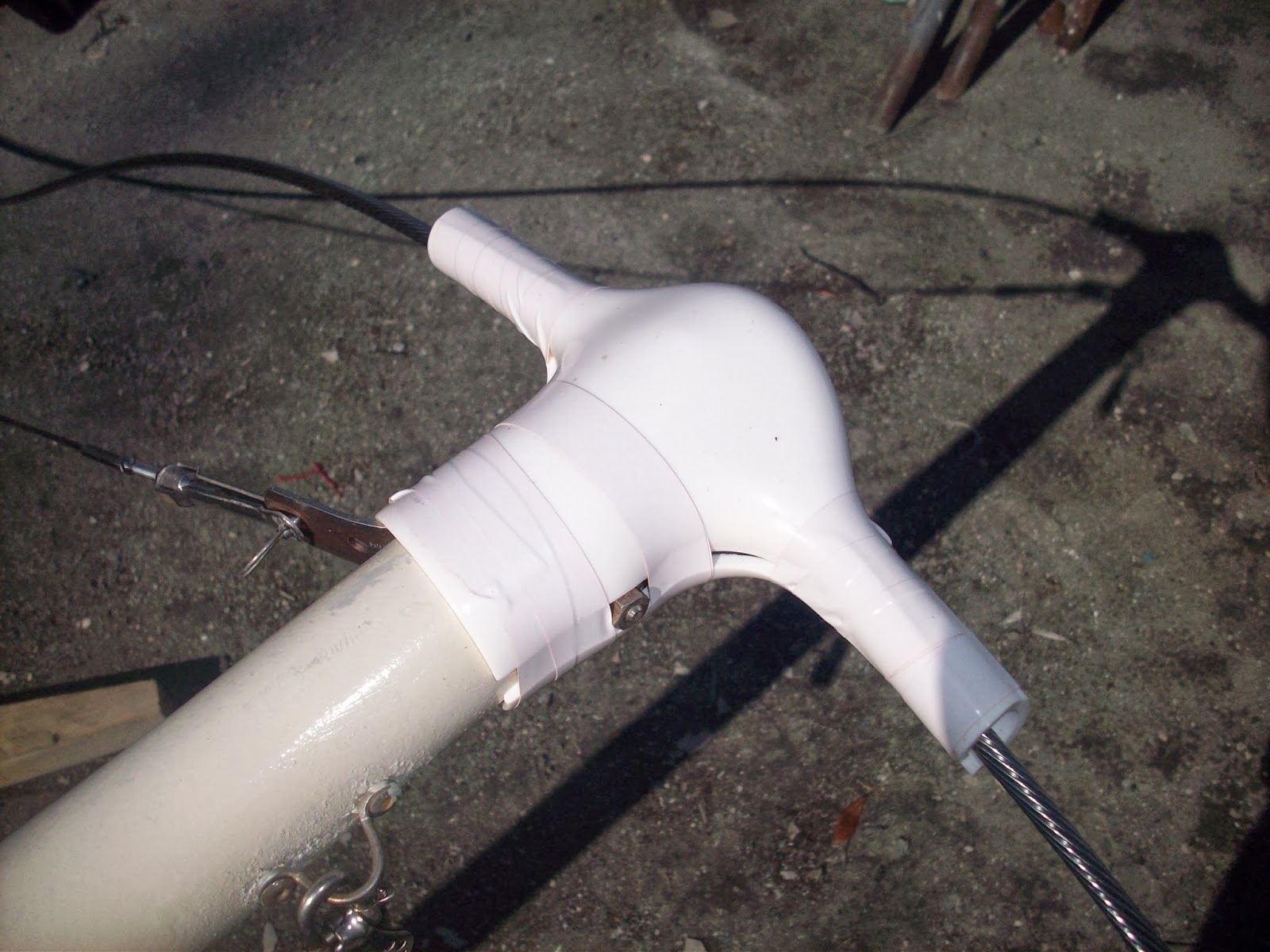 And same with the under sink water filter..... 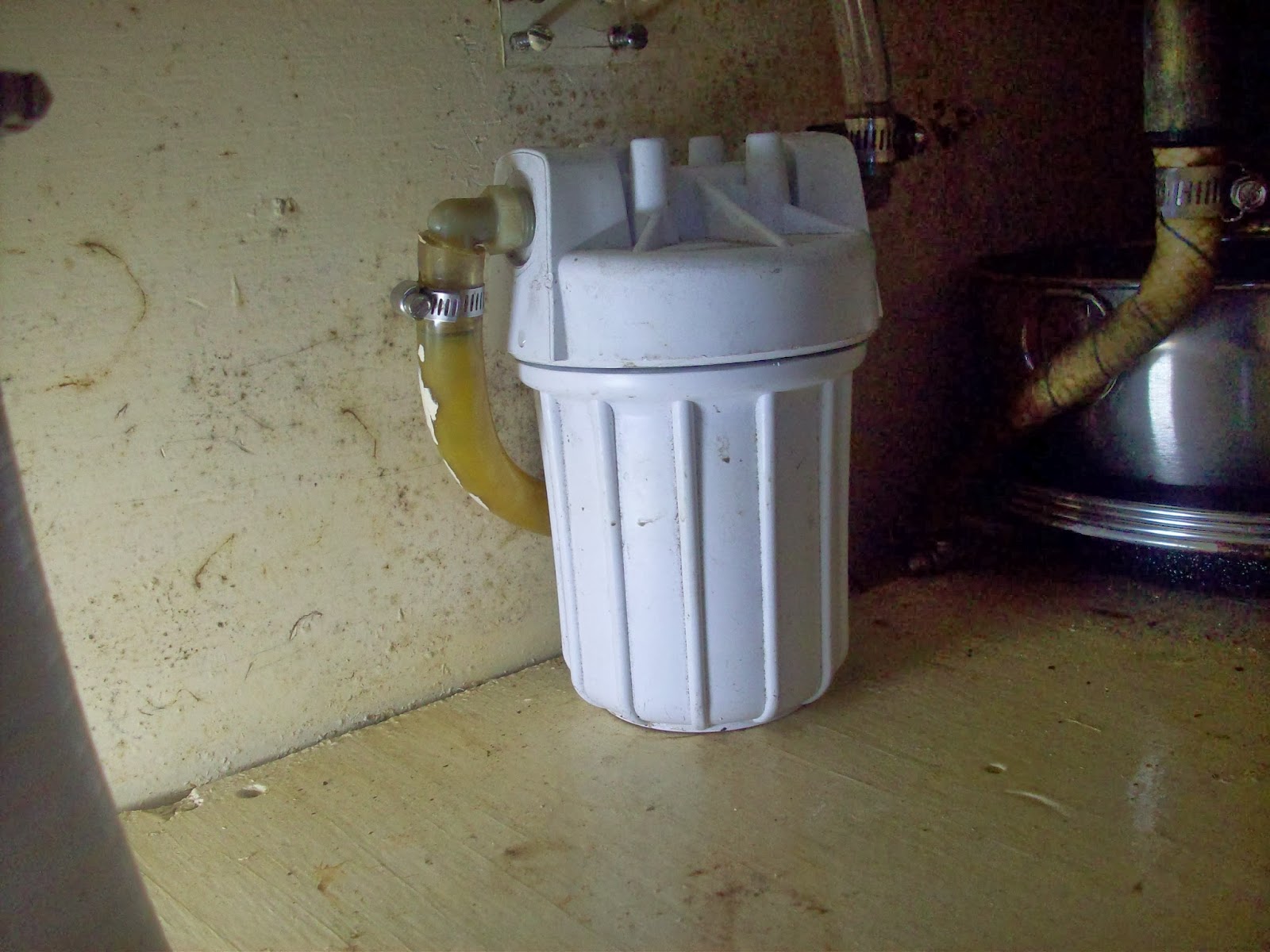 Then I got stuck into the leaks that I had discovered during all the rain we had over the past few days. I removed the genoa track first on the port side. 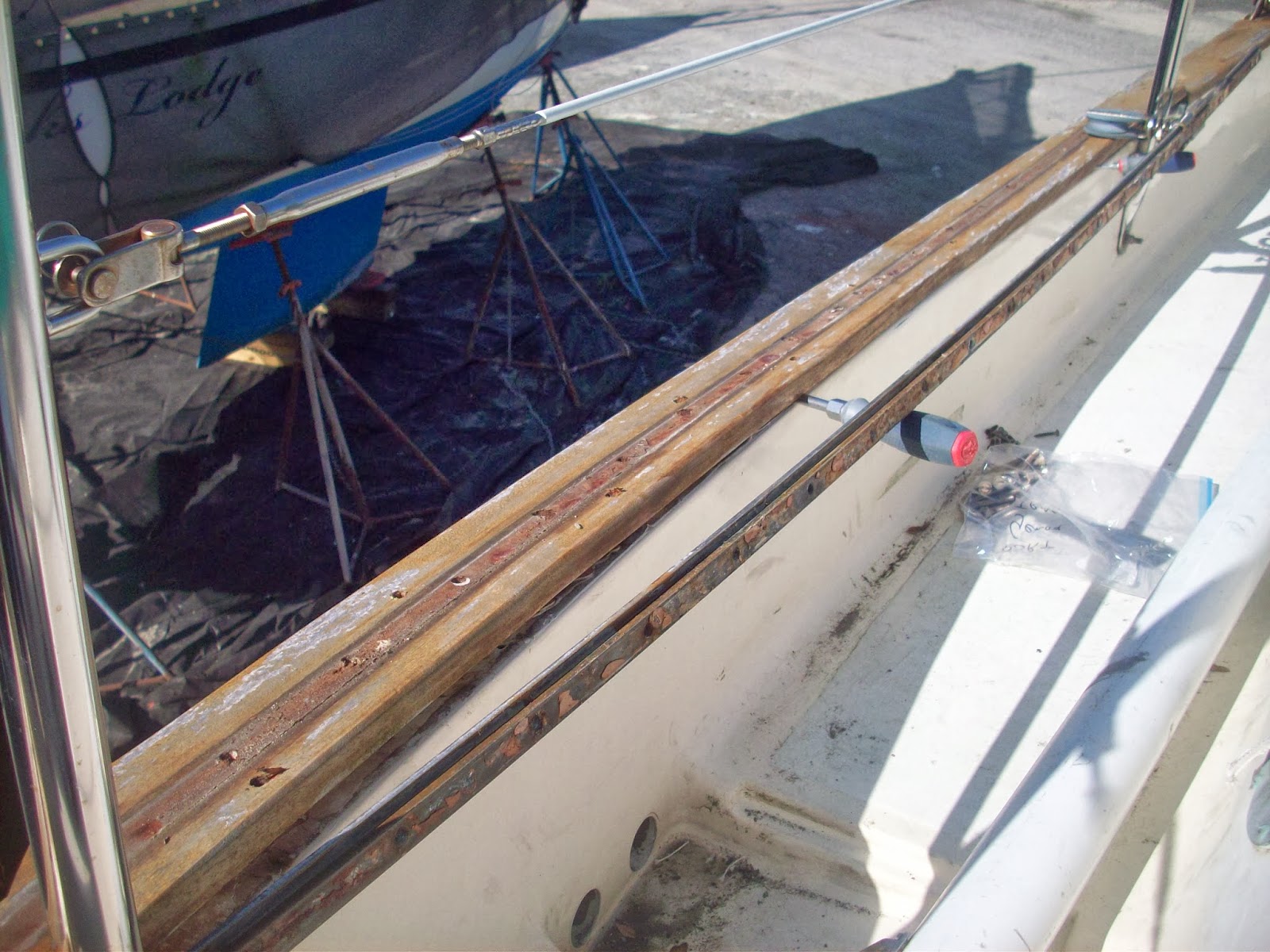 Then up came the caprail. 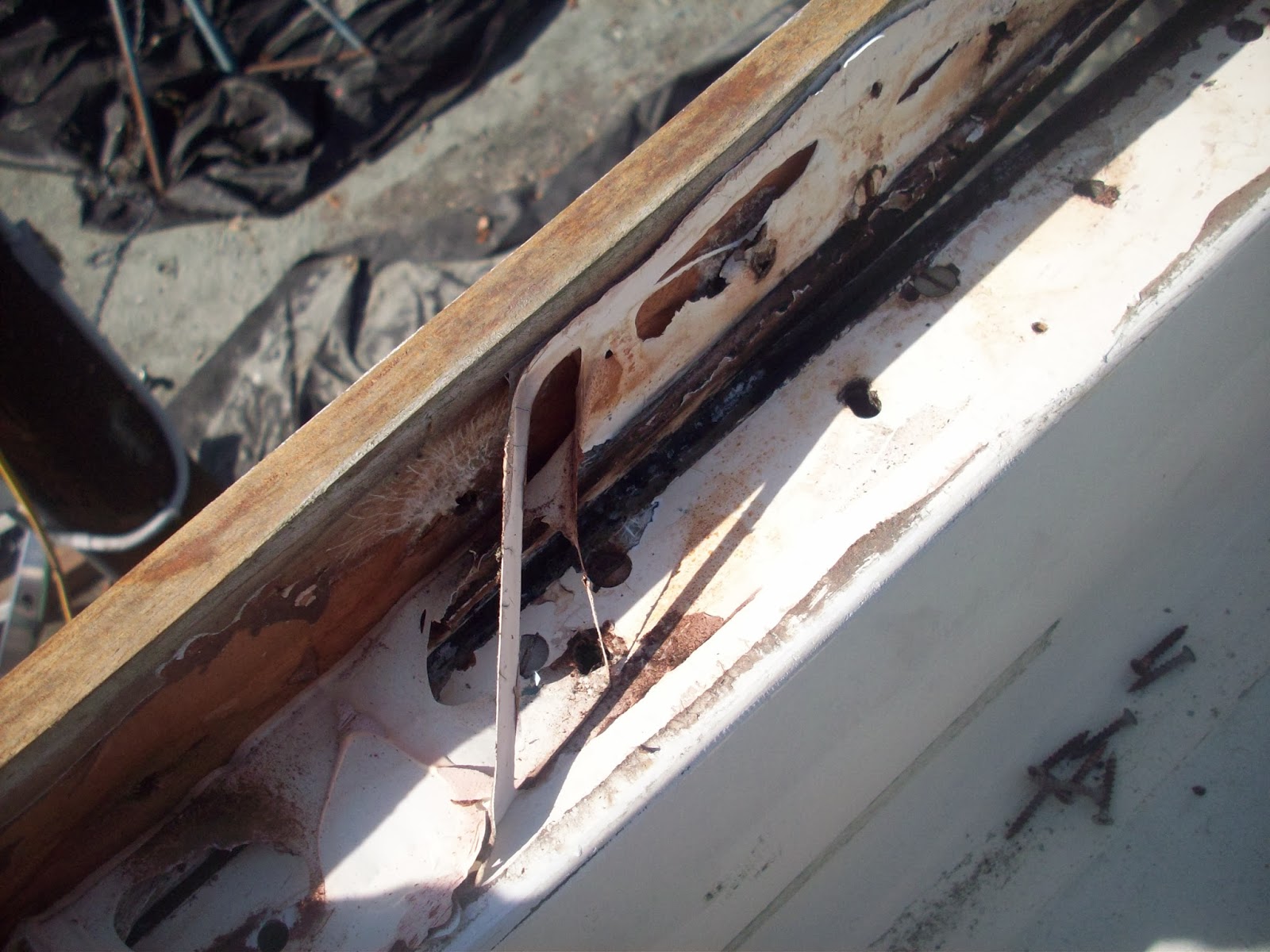 Then I cleaned up as best I could, removing all the old caulk. 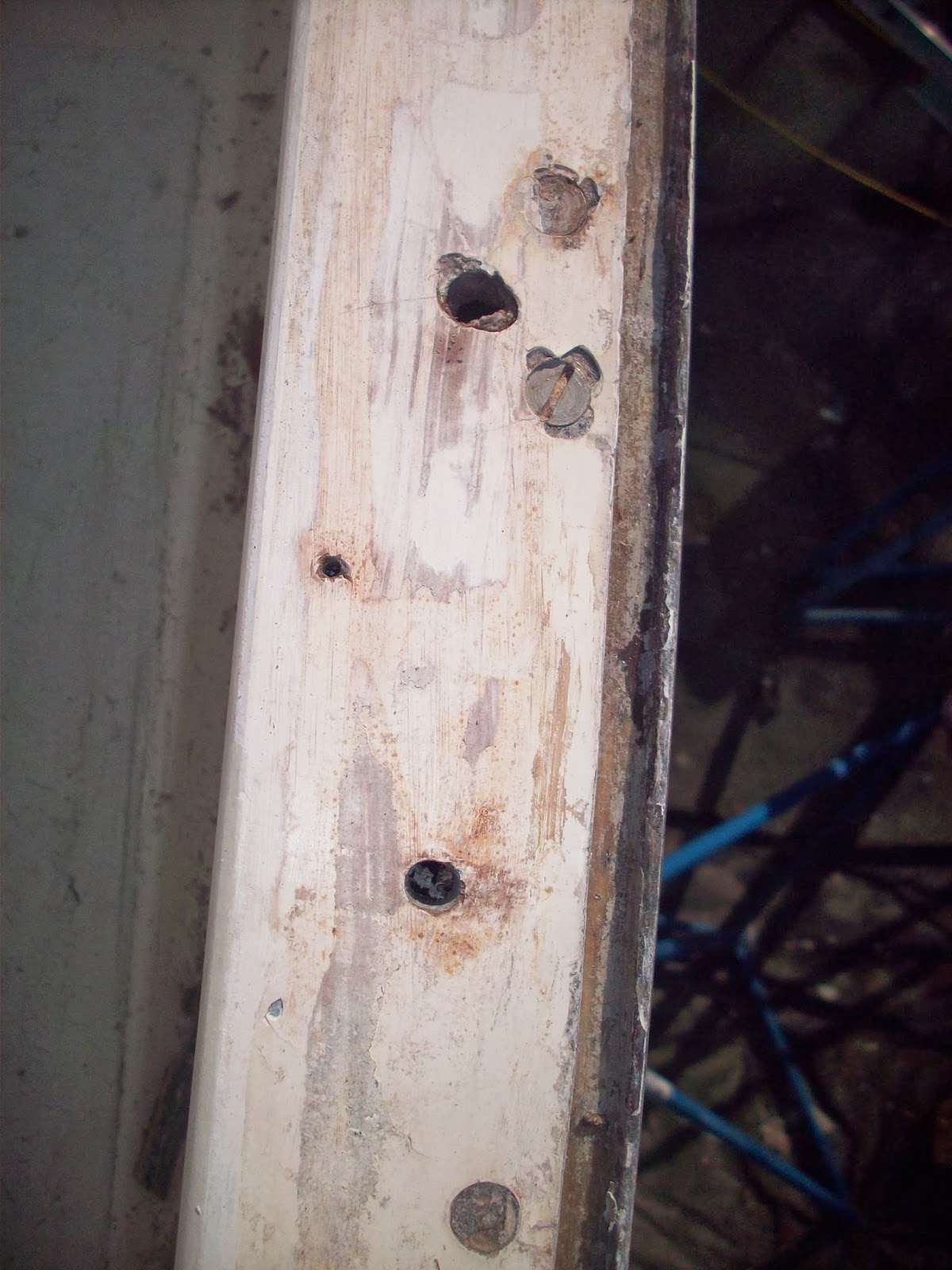 Then I used up a tube of 3M 5200 caulk laying out a layer of it and finally put everything back again. 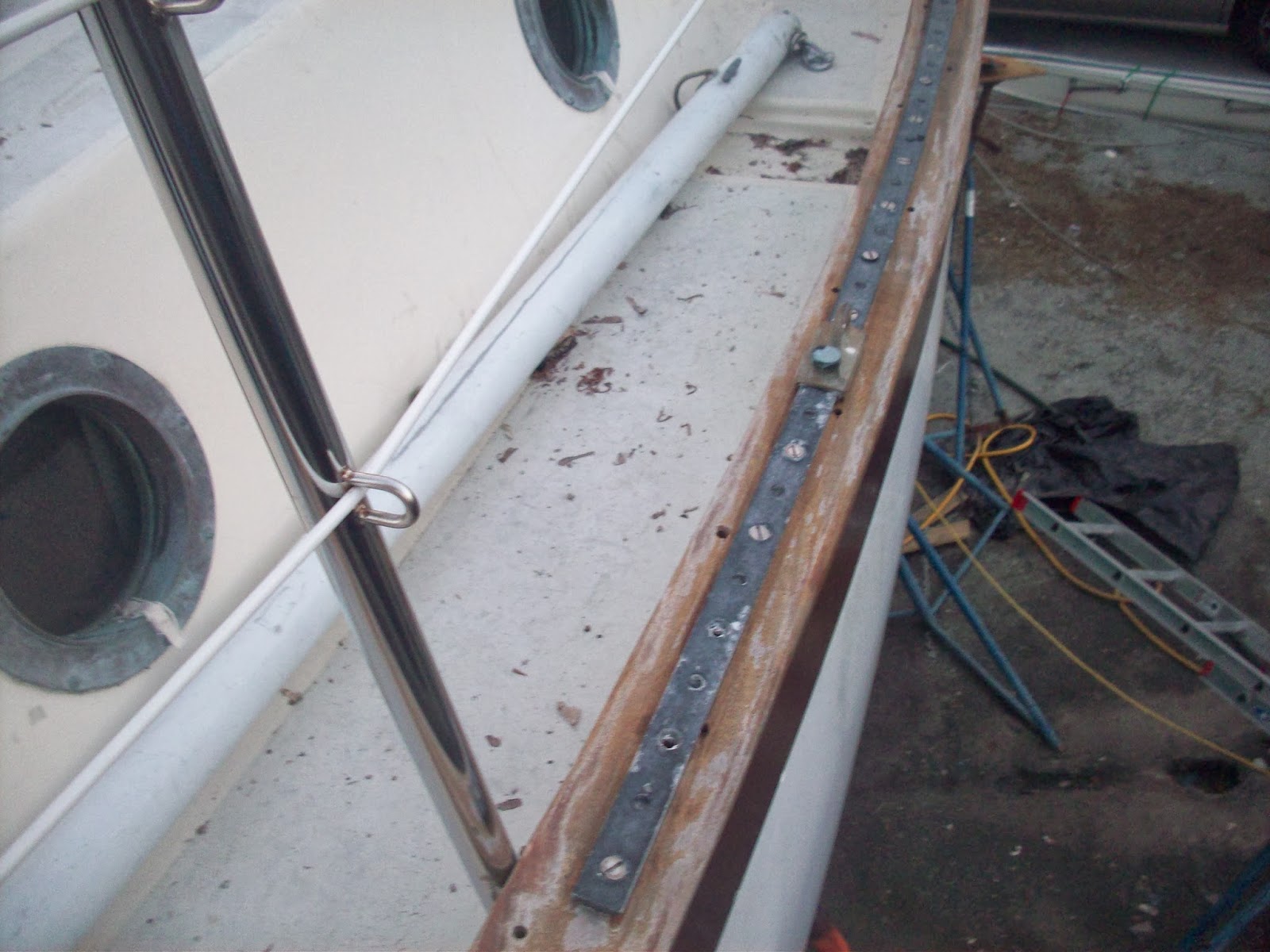 While I was at it I also plugged up holes in the bowsprit and bob stay with the 5200. It was the end of the day so then I drove up to see a fellow Westsail owner who is outfitting his hull from scratch. 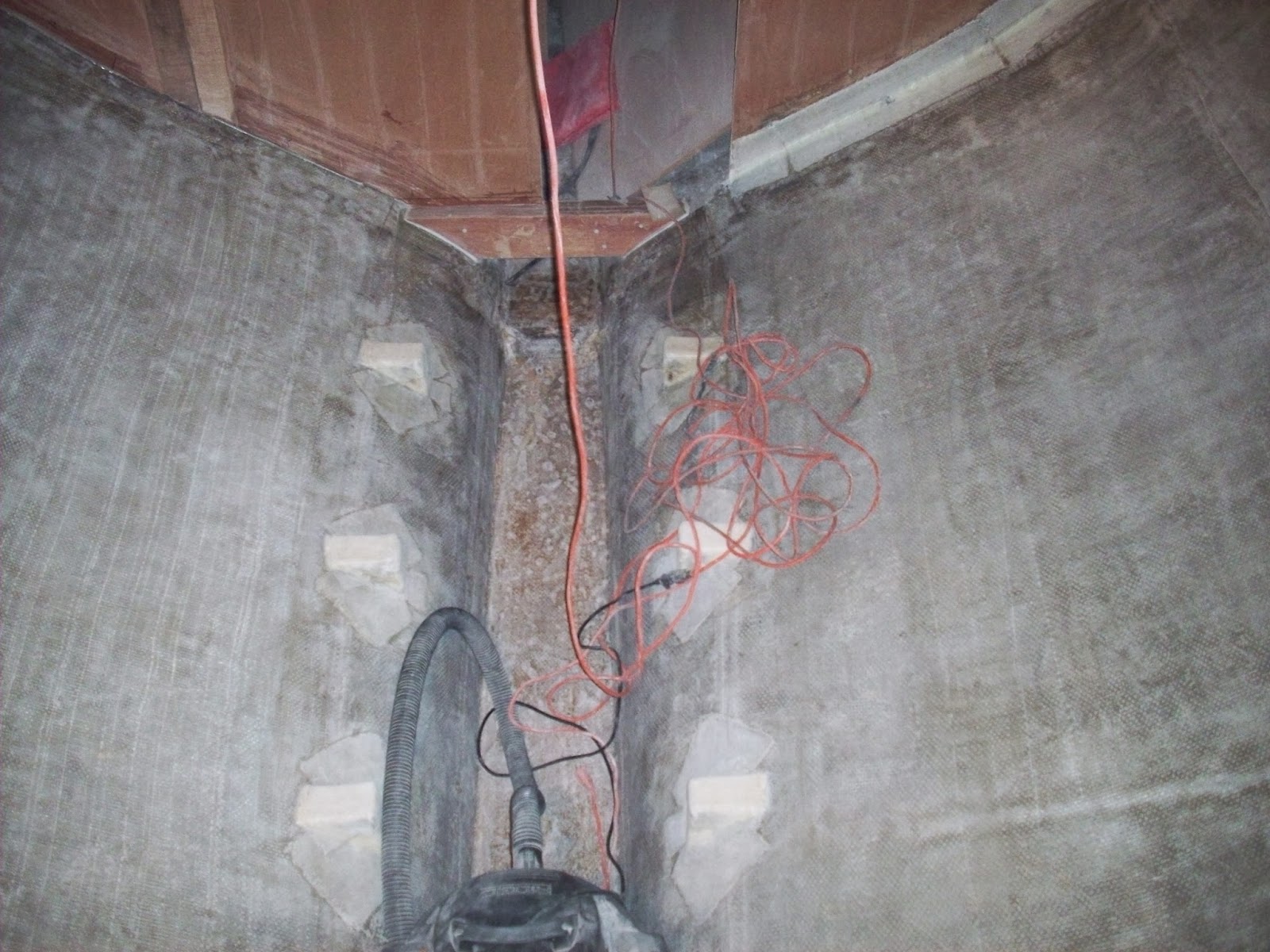 Even though it is the same boat, it felt huge inside.
Tomorrow we shall try again to step the mast.
Posted by Onapua at 9:40 PM