Well I am back at the boat or another 2 weeks to work on her. I am pleased that after 3 months she has remained quite dry inside. However despite all that work I did on the port caprail, there was still a slight leak under it. 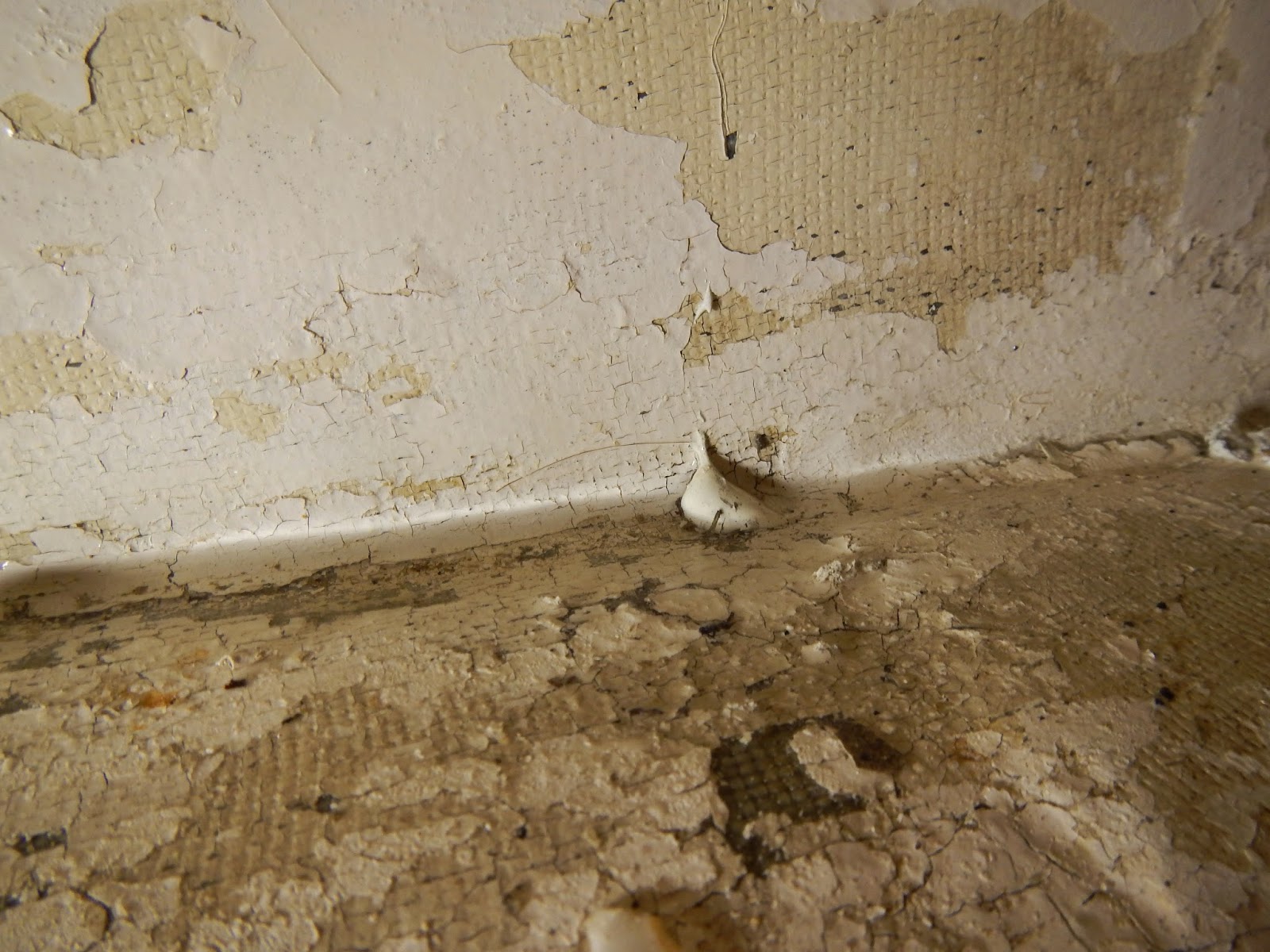 NASTY!!!!! So I will have to track it down when I get a chance.
I made a mistake last year in buying a wally world 12v outlet with USB connections that ended up short circuiting and blowing a fuse. 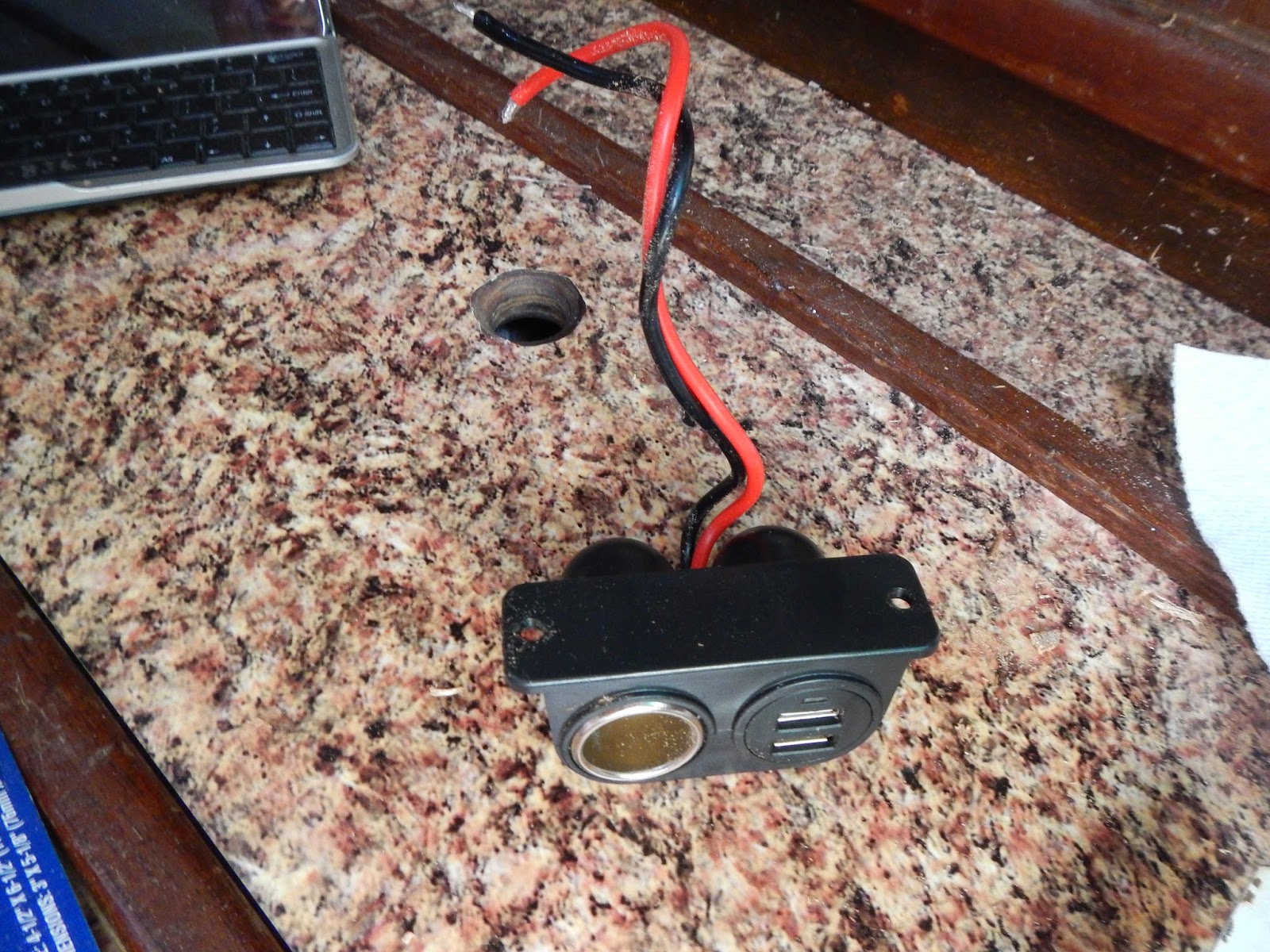 In replacing it I decided to get a circuit breaker panel because there is not much protection in the boat's wiring. I took down a "oil discharge warning" so I will probably be jailed for life and fined a gazillion dollars. 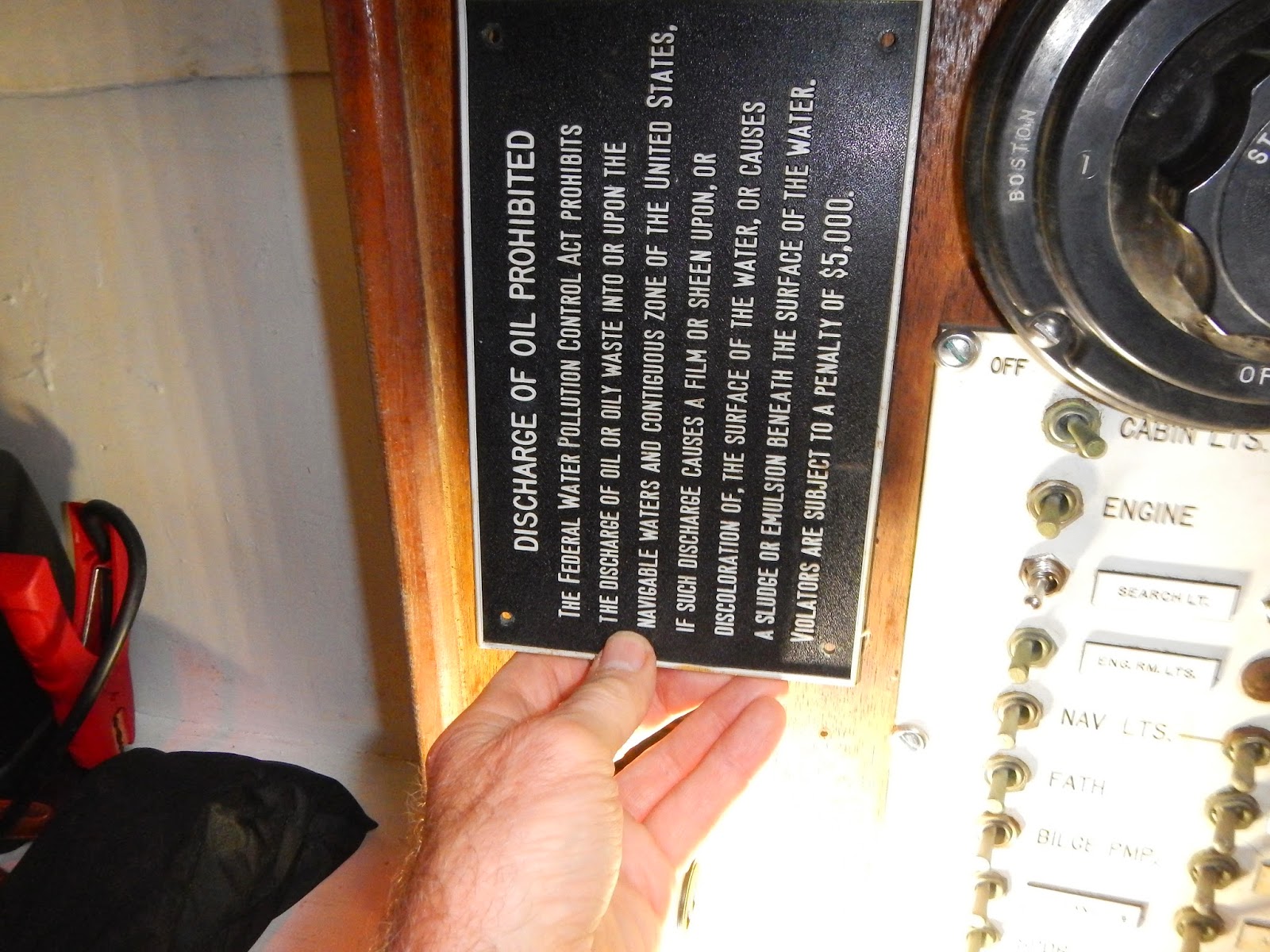 I cut away the half inch ply backing board with a very useful jigsaw. 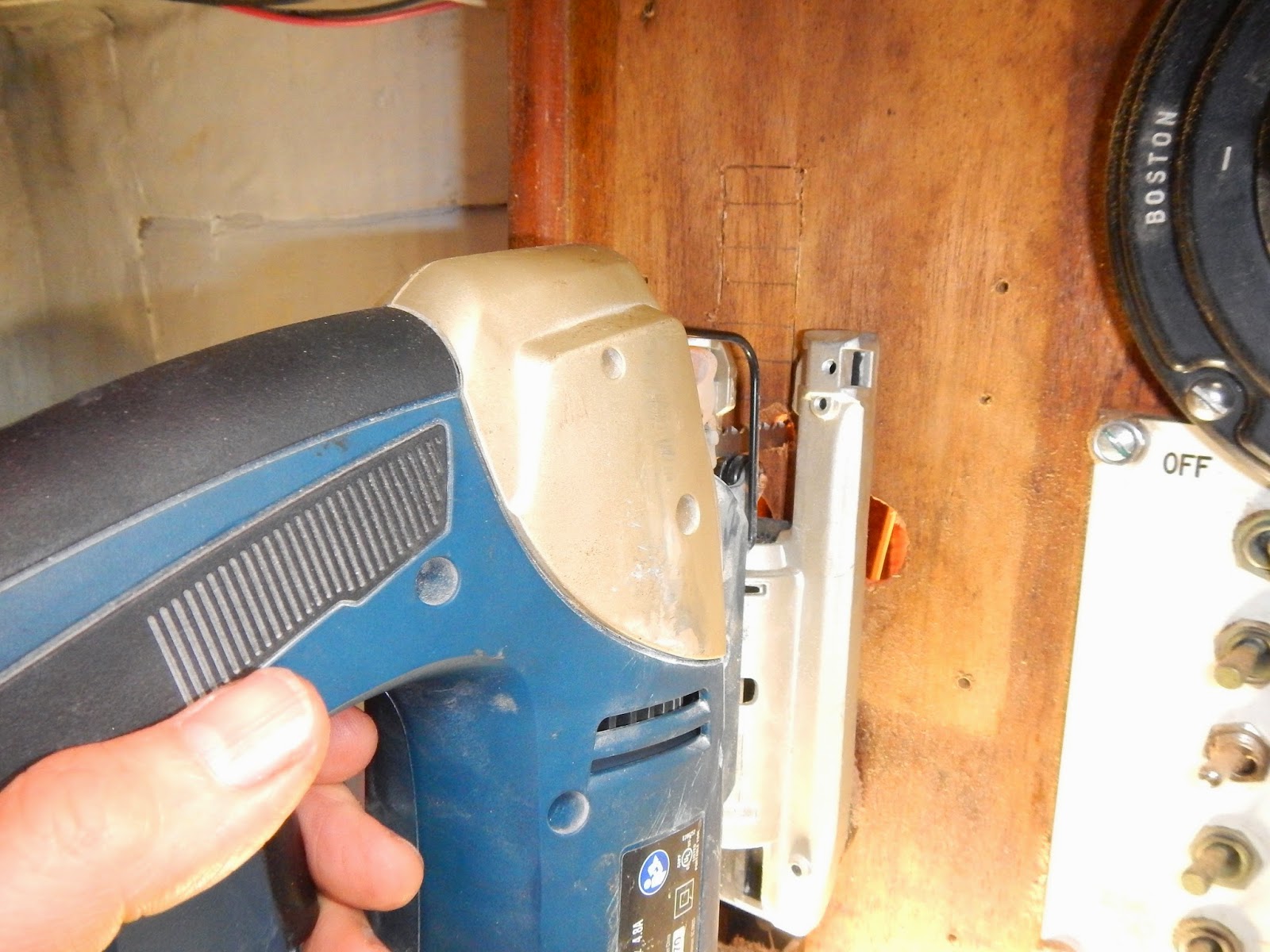 And mounted the panel. 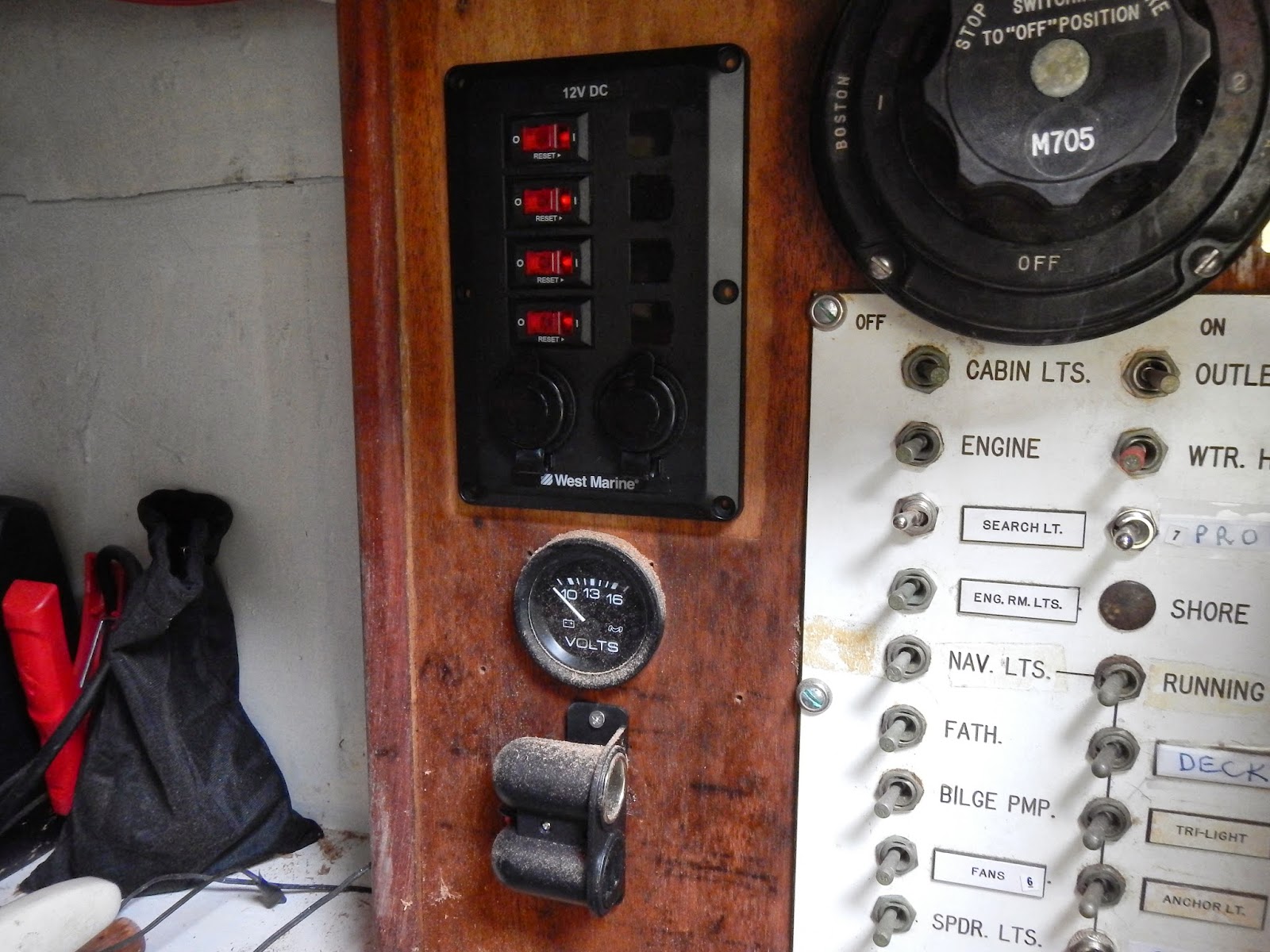 As well I used these fused wires to make the hot connections. 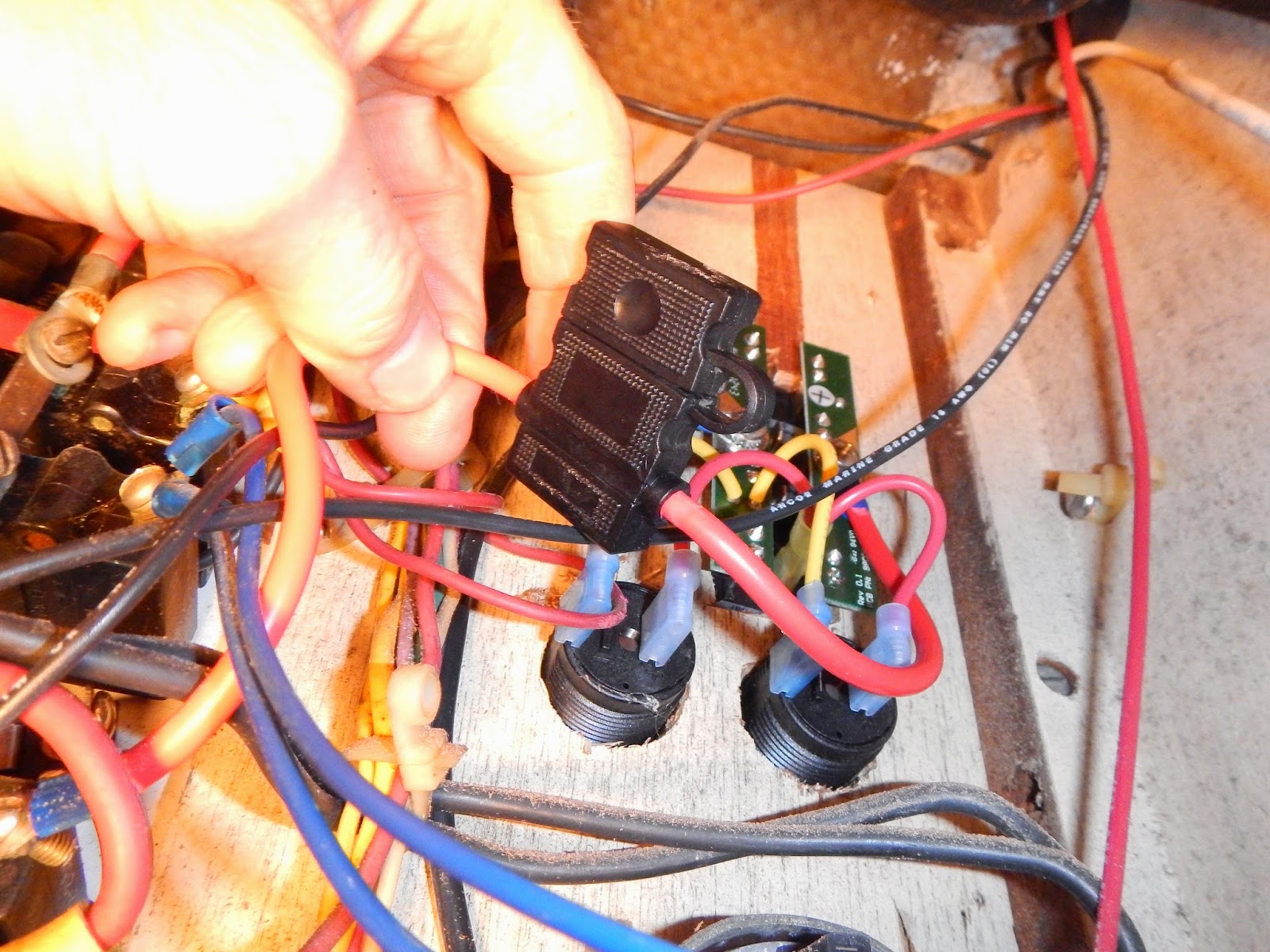 On the battery I replaced my 30 Amp fuses and promptly blew another one while working on the next project. Grrrrrrr! 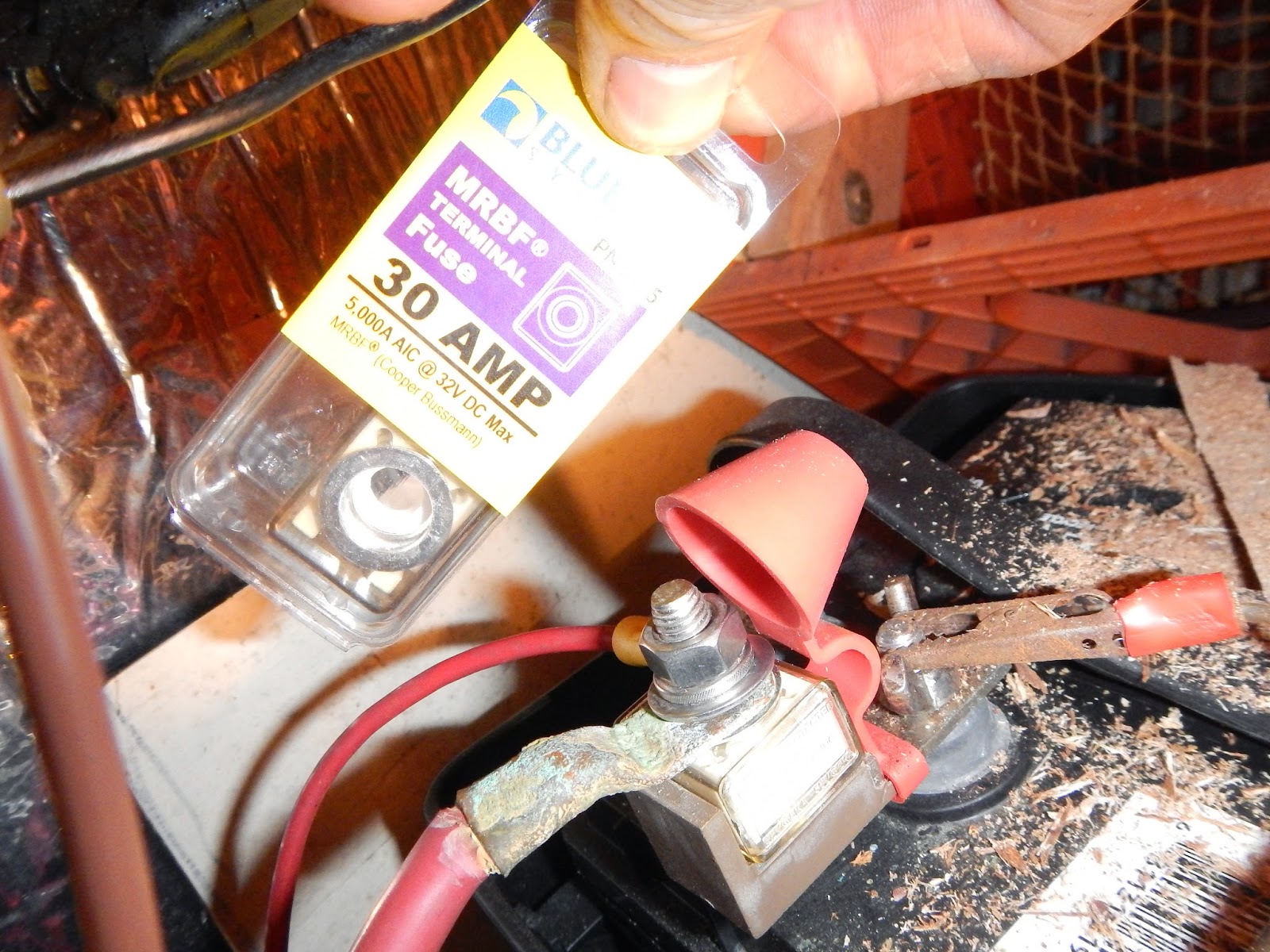 The next project was replacing the Yanmar starter. 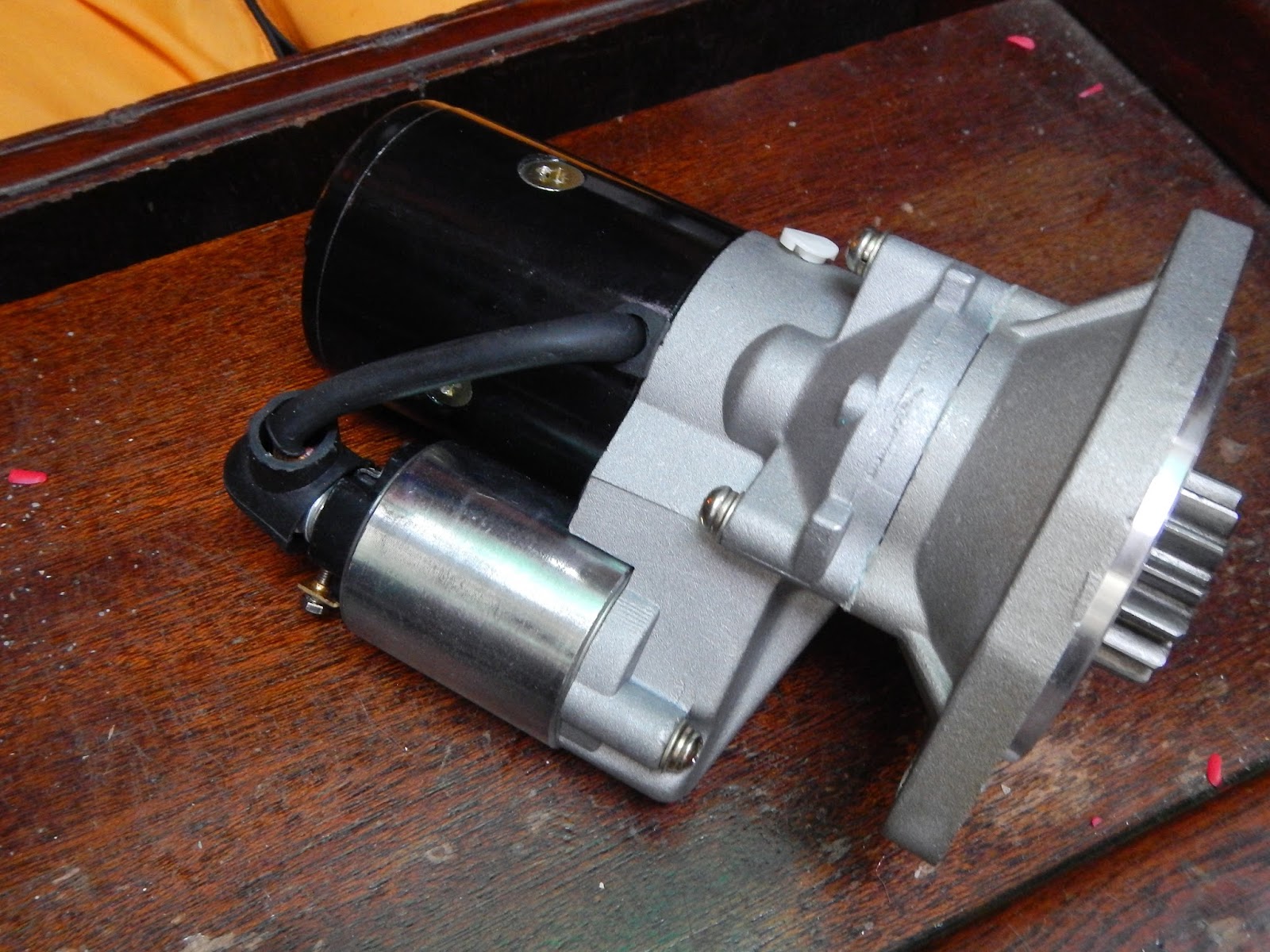 I got stuck on one of the connections so had to run up to Home Depot. While i was there I stopped in at Target and bought some frozen veggies, a can of Northern beans, yogurt and some raspberries for my dinner. It is really late but I am determined to walk a little before I shower and head to bed.
Posted by Onapua at 11:08 PM