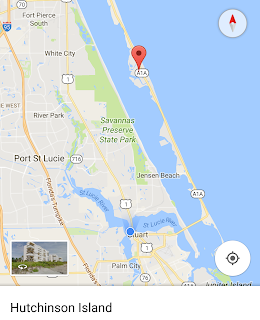 While waiting here in Stuart for my weather window I grabbed an invitation to see one of the outer islands nearby from my neighbor, John. Now I have sailed up this coast many times and from afar and being Florida, I had assumed white sandy beaches right? Well take a look at the beach front. 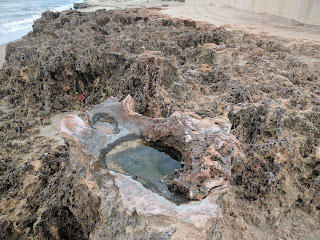 It turns out that the beach is very rocky and as a result there is great snorkeling, turtles and more importantly, numerous wrecks just offshore and that is why they call it the treasure coast. So because a lot of the shipwreck victims ended up making it to shore but then would starve or get dehydrated, they built 9 refuge houses. 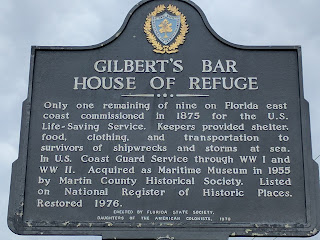 All but one was destroyed by hurricanes like Wilma and it has been turned into a museum. 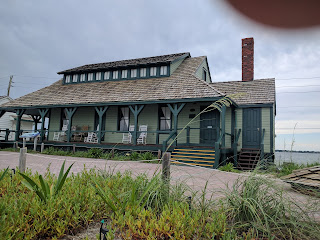 Now a lot of these rocks formed an outer reef nearby which created a bathtub effect. 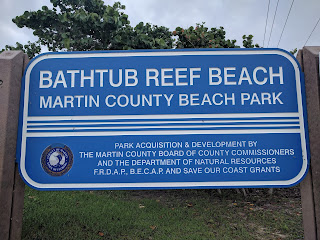 And hence the name. The water can be very rough outside but inside the reef, it is normally calm and warm so lots of people like to swim there. 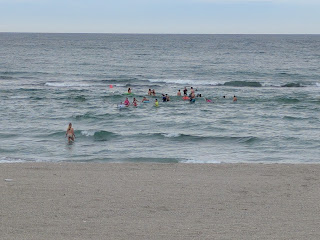 The unusual wind today was offshore so the bathtub effect was not evident.
Posted by Onapua at 1:01 PM