The canal linking the Chesapeake Bay to the Delaware basin is known as the c a d canal. 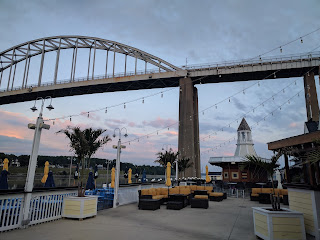 We overnighted at a place called Schaefer's marina at the western end and the plan is to transit the canal later this morning to time slack water at the eastern end to ride the current out of the Delaware.

Yesterday we raised the mainsail for the first time and discovered that all 3 reefing lines were short. 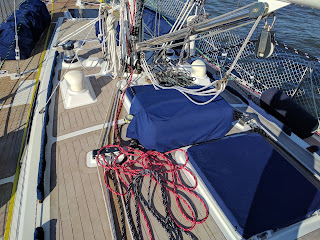 The weather forecast for Tuesday night does not look good north of cape May, with a cold front passing through. Winds will be 25 knots and squalls 35-45 knots and thunderstorms. We are trying to figure out what to do. We could go east from cape May instead of heading NE or we could duck into the cape May Anchorage to wait until the storm passes.
Posted by Onapua at 6:27 AM