Day 6 in the yard

Woke with a headache and continued having one all day long. Not a debilitating one but annoying enough to say it is there. I took 4 baby aspirins but I think it is heat related because I never get them usually. I have been drinking lots of fluids because I have been sweating profusely in this bloody heat. I thought Georgia was bad, but this place takes the cake even though the high today was only 85.
I continued on with my shotgun approach to boat maintenance. First off was sewing. Well not really sewing per say but it did involve fabrics. 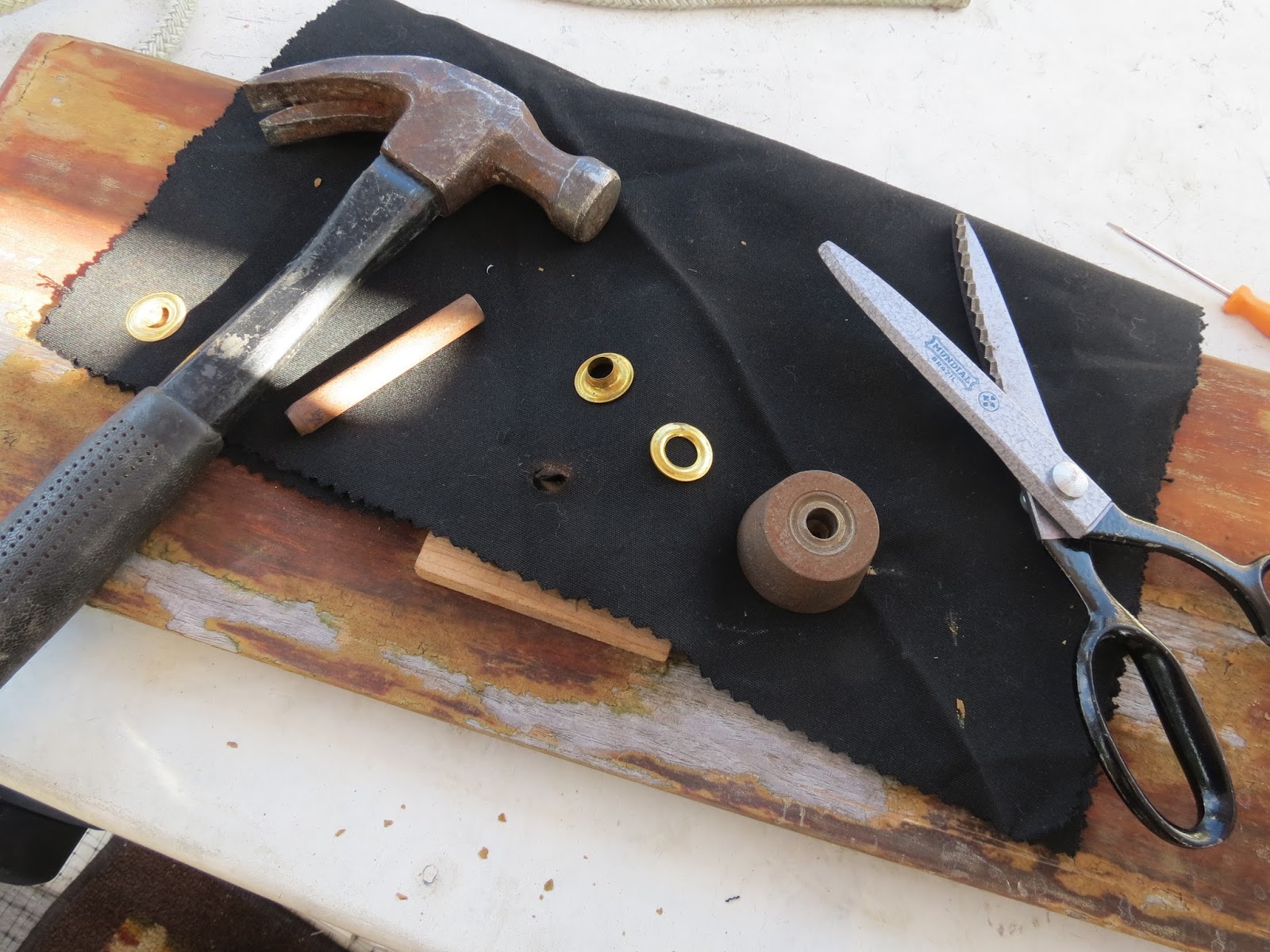 I didn't want my expensive new winches, or my tiller being reduced to rubbish courtesy of the hot Florida sun, so I made covers for them. 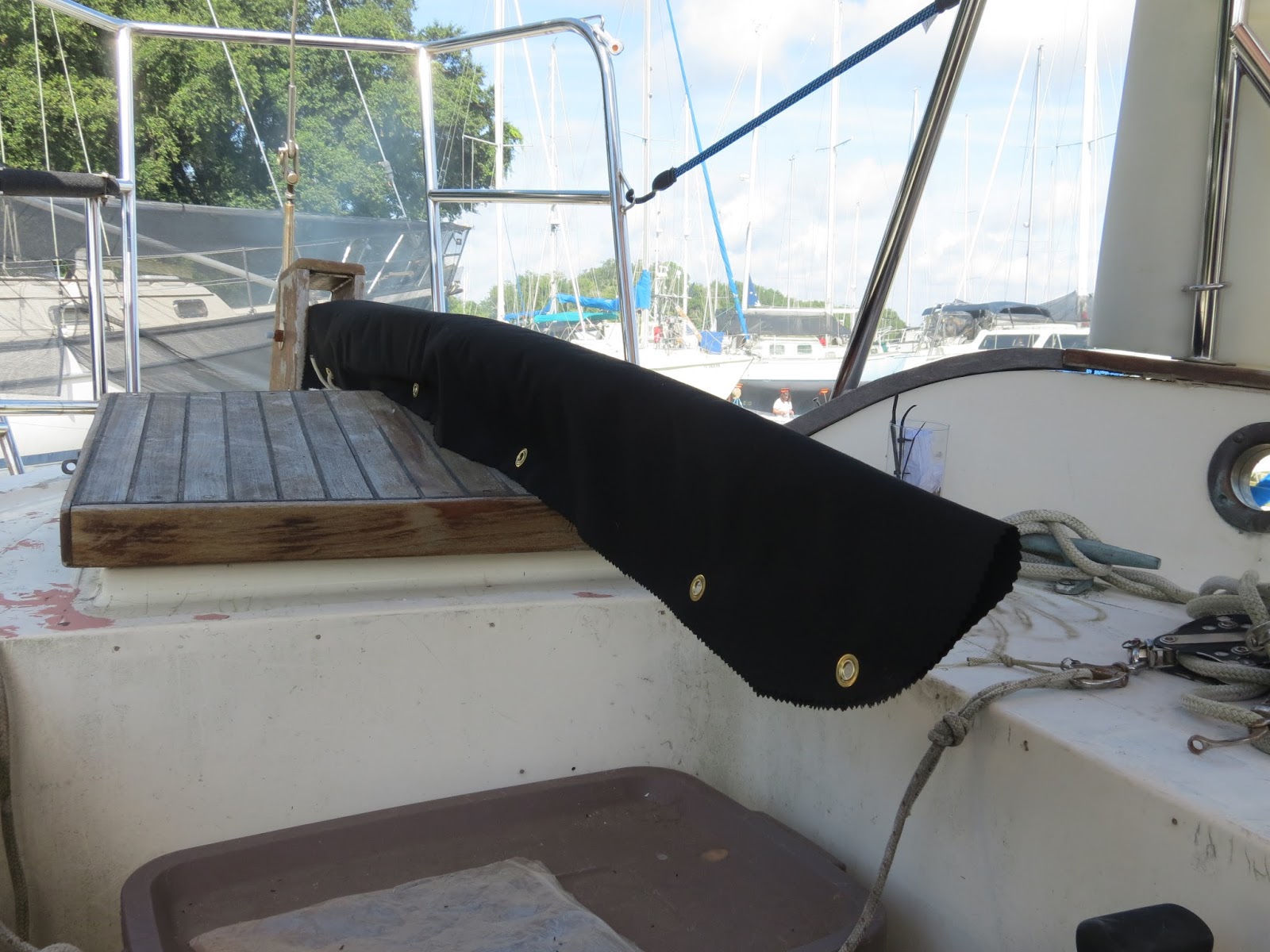 Sort of spooky looking but it does the trick. 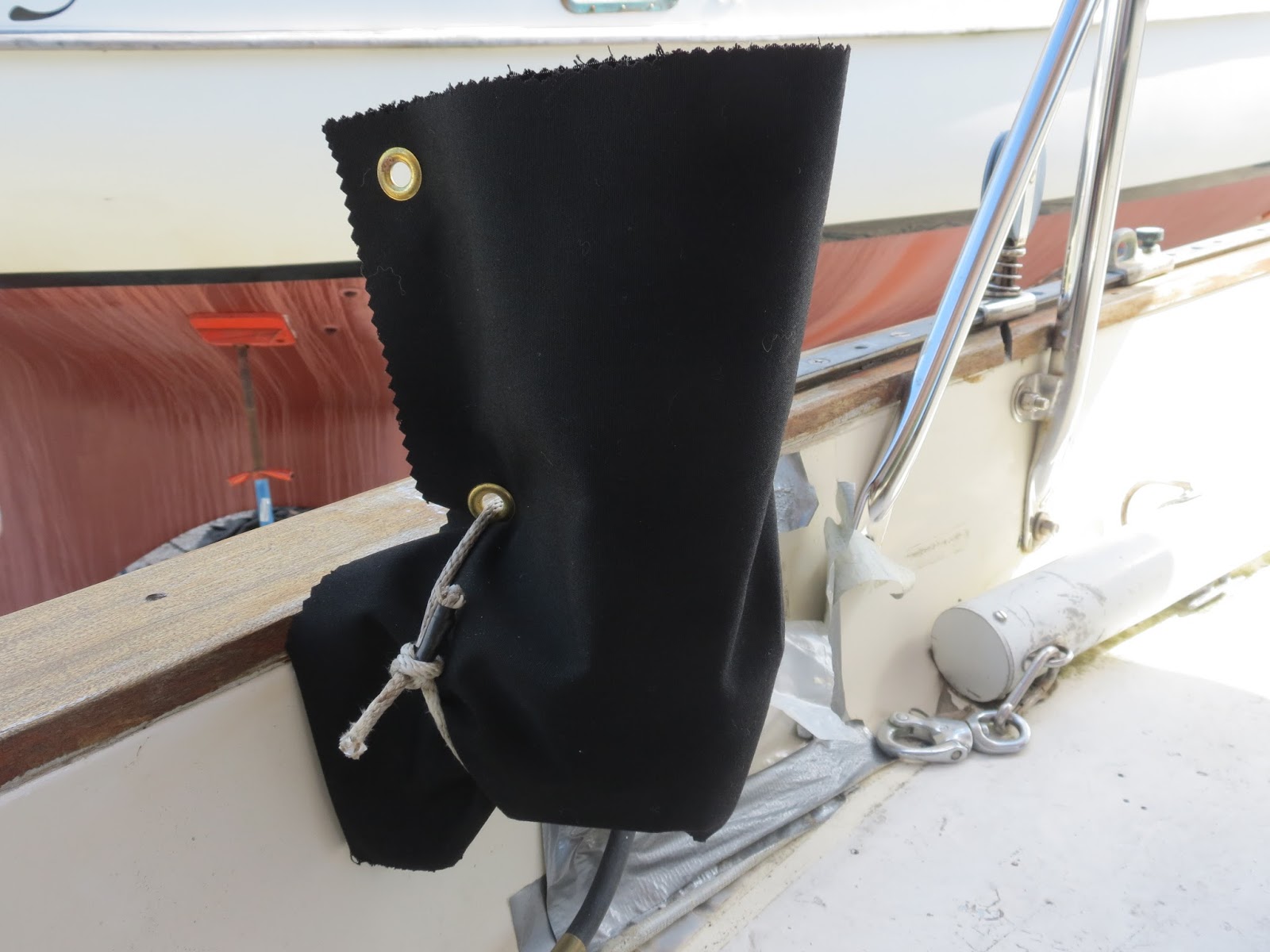 Next I replaced the boomkin tangs with beefed up ones. 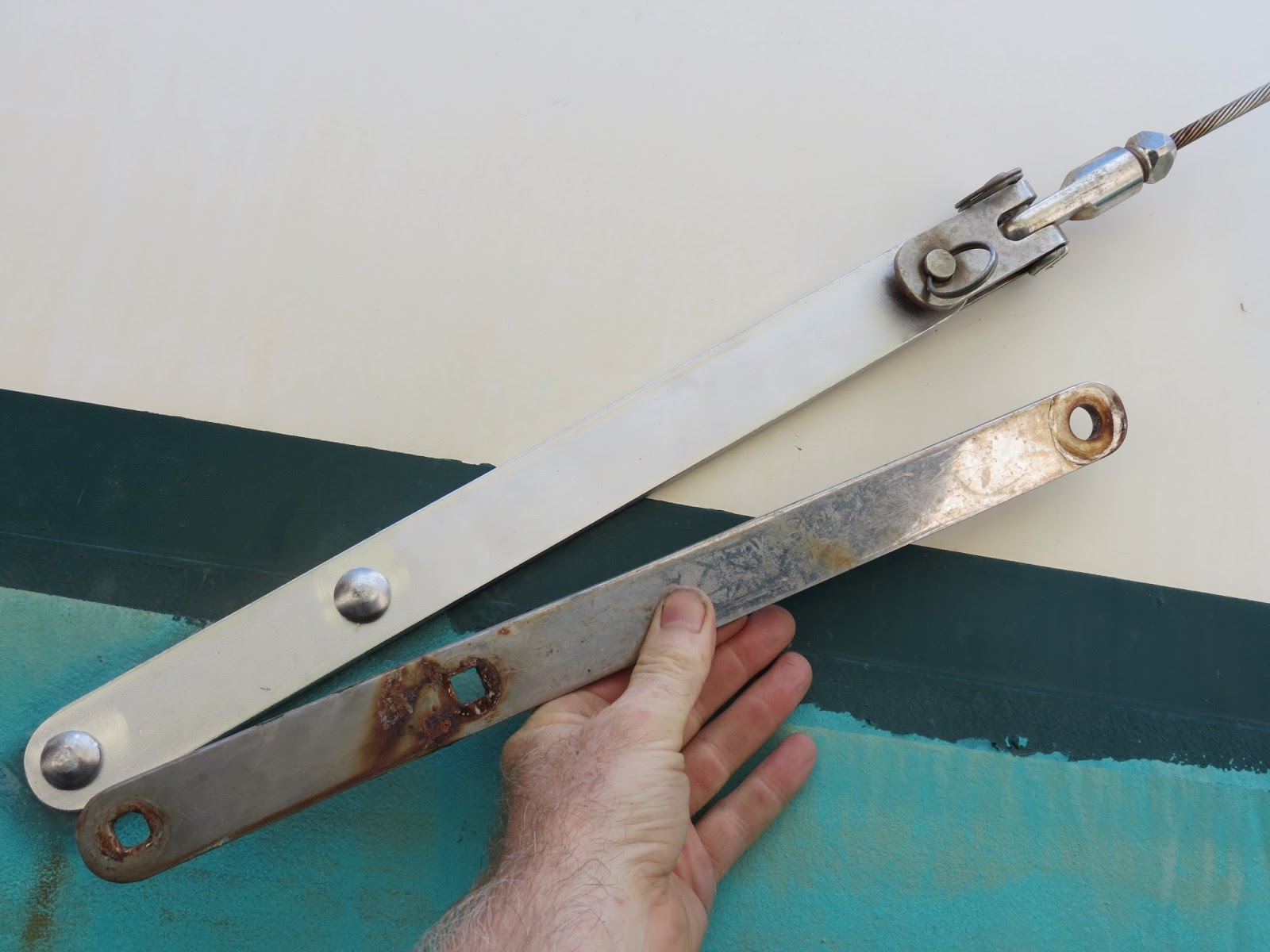 Then I added a 30 amp fuse protector to the positive terminal on the house and starting battery. There are 3 connectors that you can see. The solar panel connector bypasses the fuse, and besides the main connector there is a smaller one for the bilge pump with it's own fuse.
Now, while I doing this job, I dropped a nut into the dreaded area under the engine sump. Now this has a diaper that was black as the ace of spades, from oil so I replaced it with a new one. I bet you didn't know that boats had diapers. 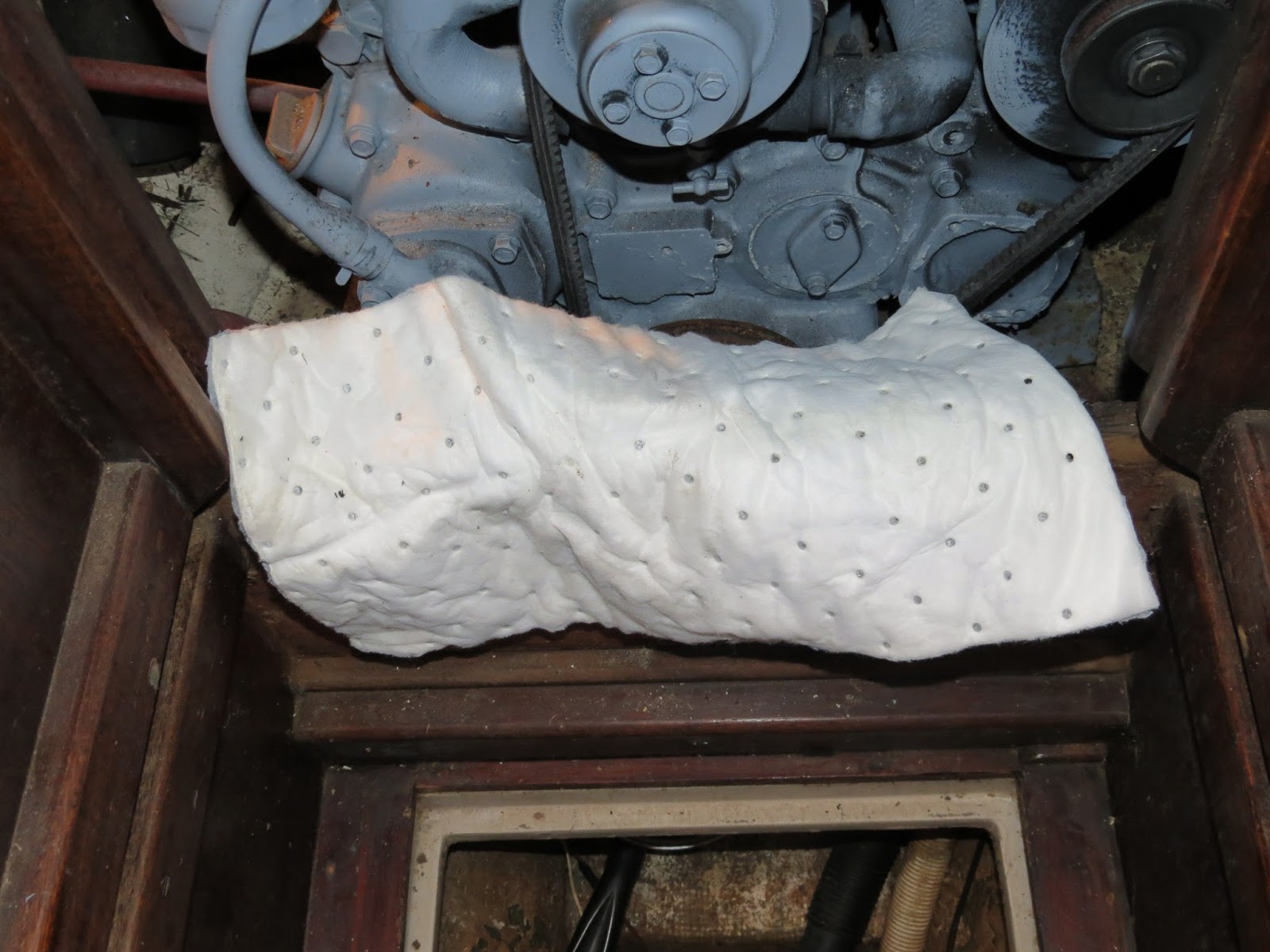 Dodging in between rain showers I managed to do some painting with cetol. 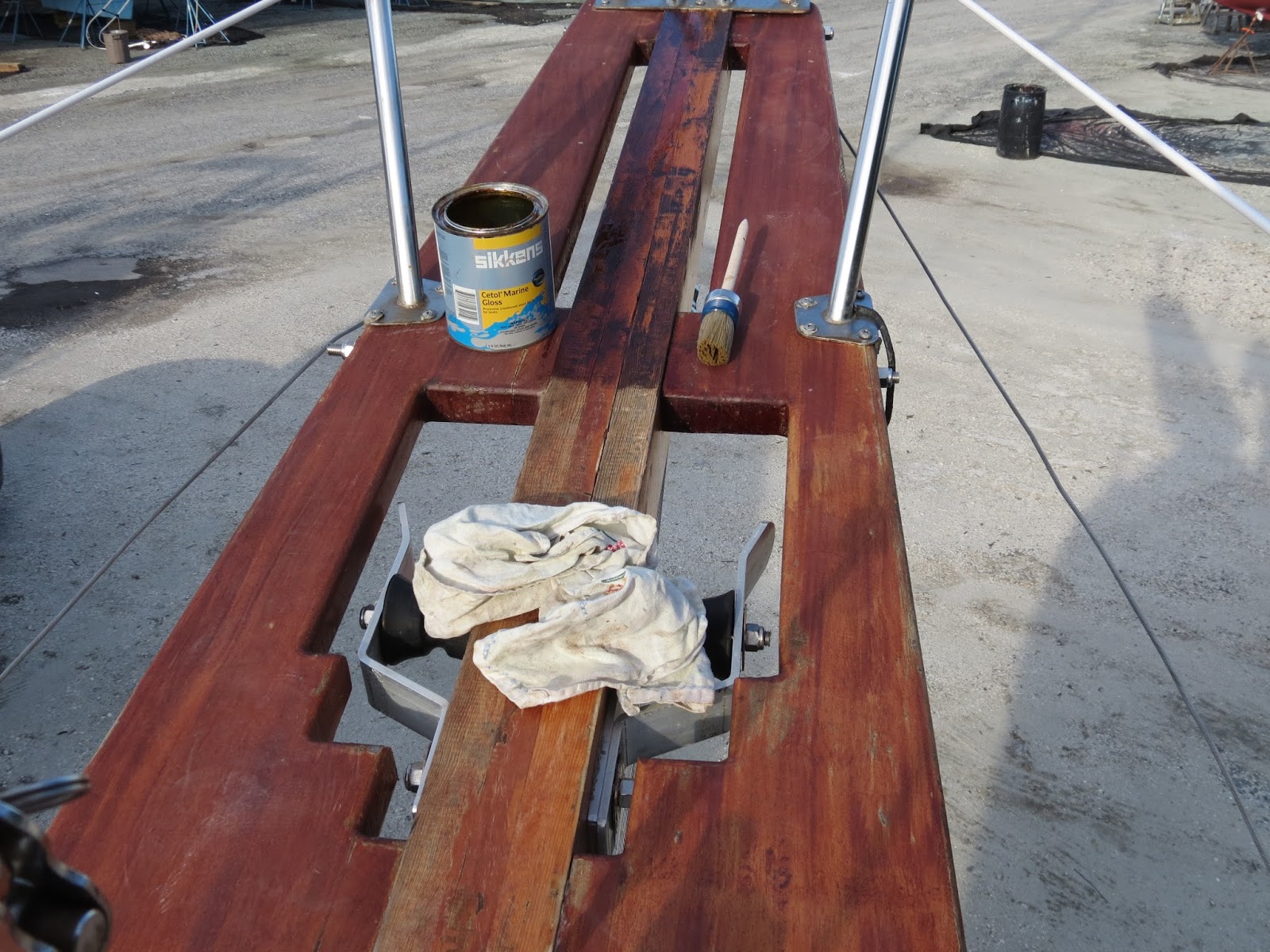 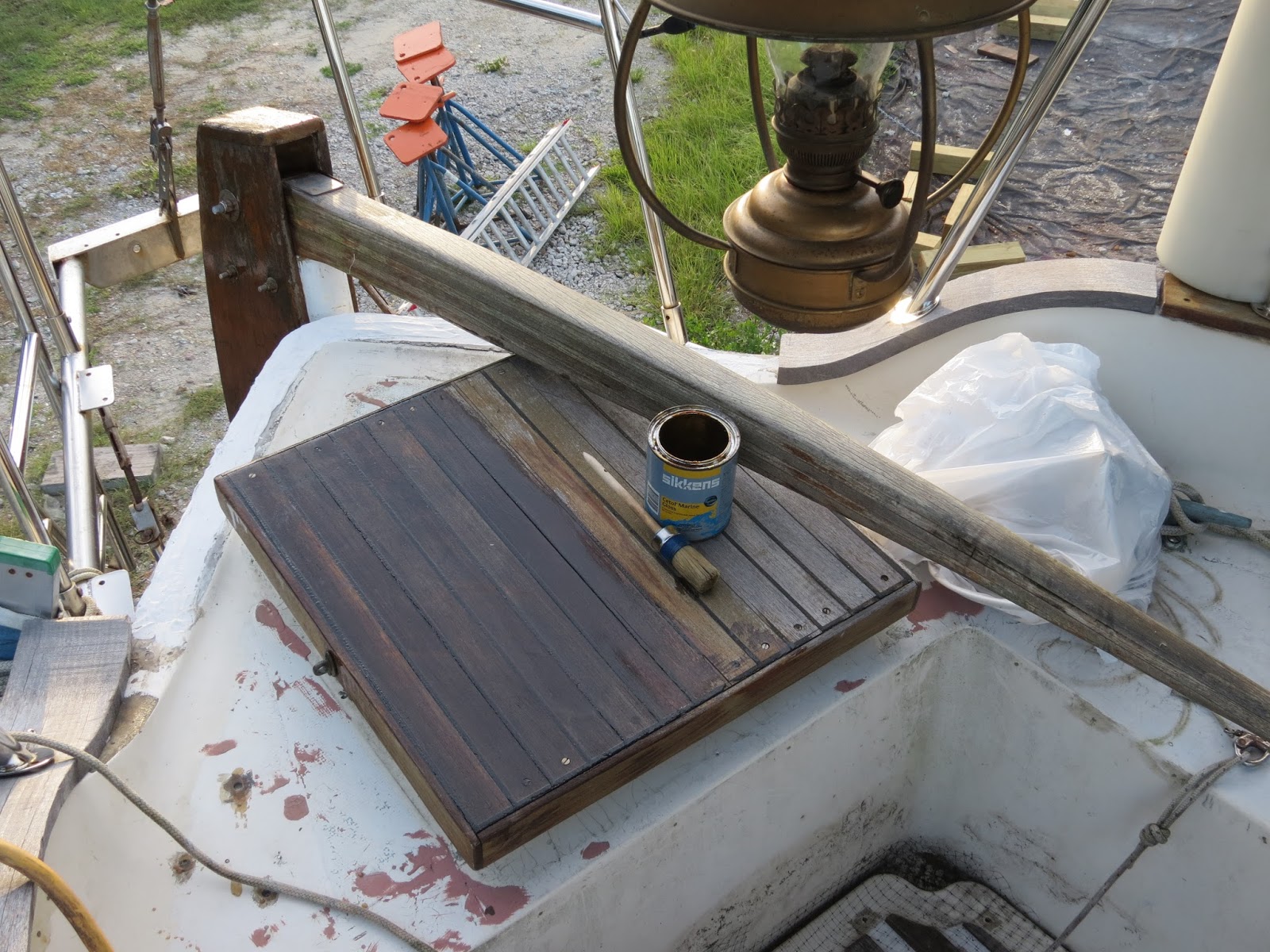 So I was settling down to eat a delicious meal..... 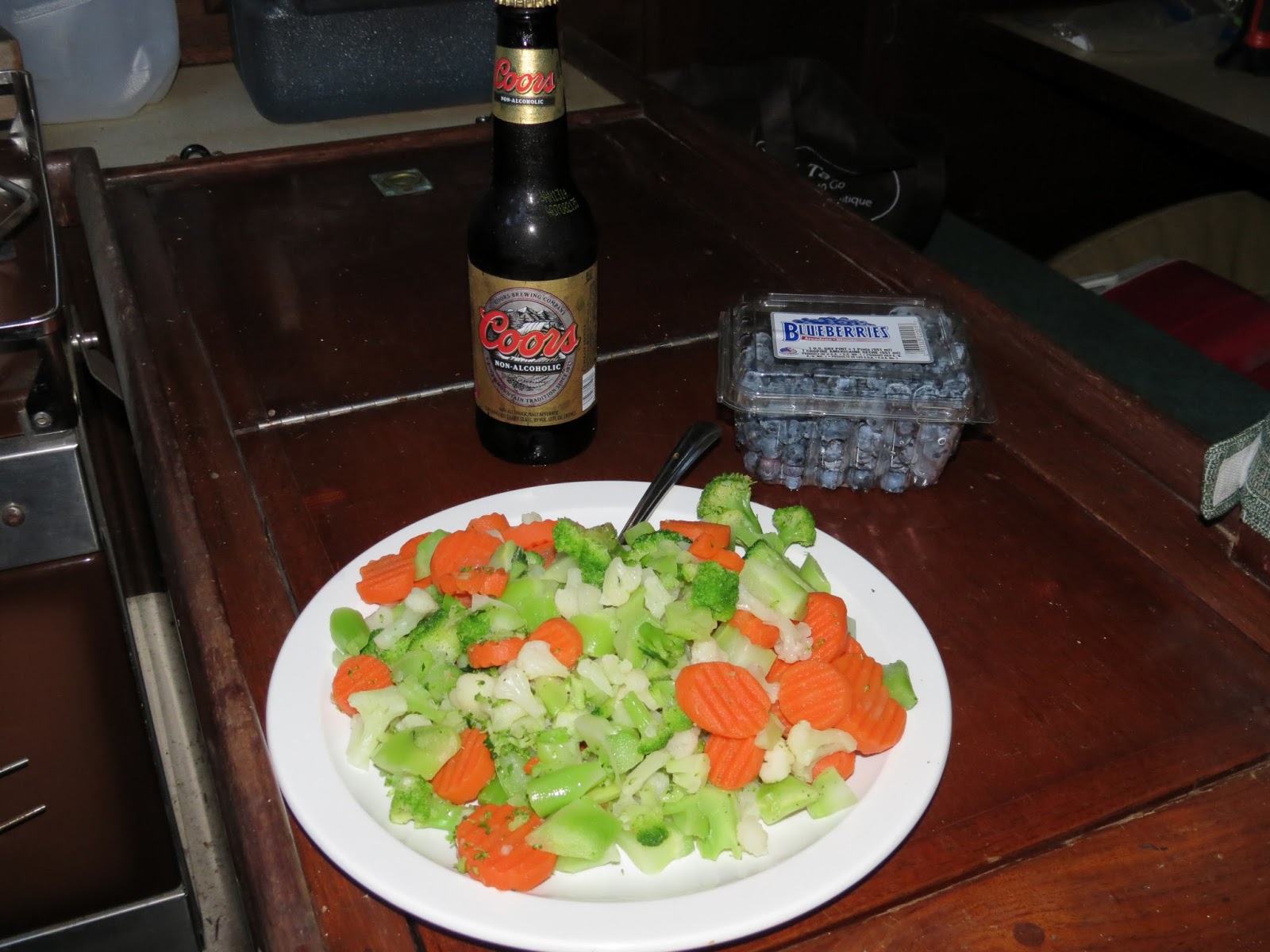 ....when my Swiss neighbor, Marcus invited me to accompany him up the road for sushi. What a shame.....
Posted by Onapua at 10:32 PM