This year I decided to spend the holidays working on the boat..........gasp! Meaning no family on Christmas Day! Take a good look at this photo I took on Christmas morning. 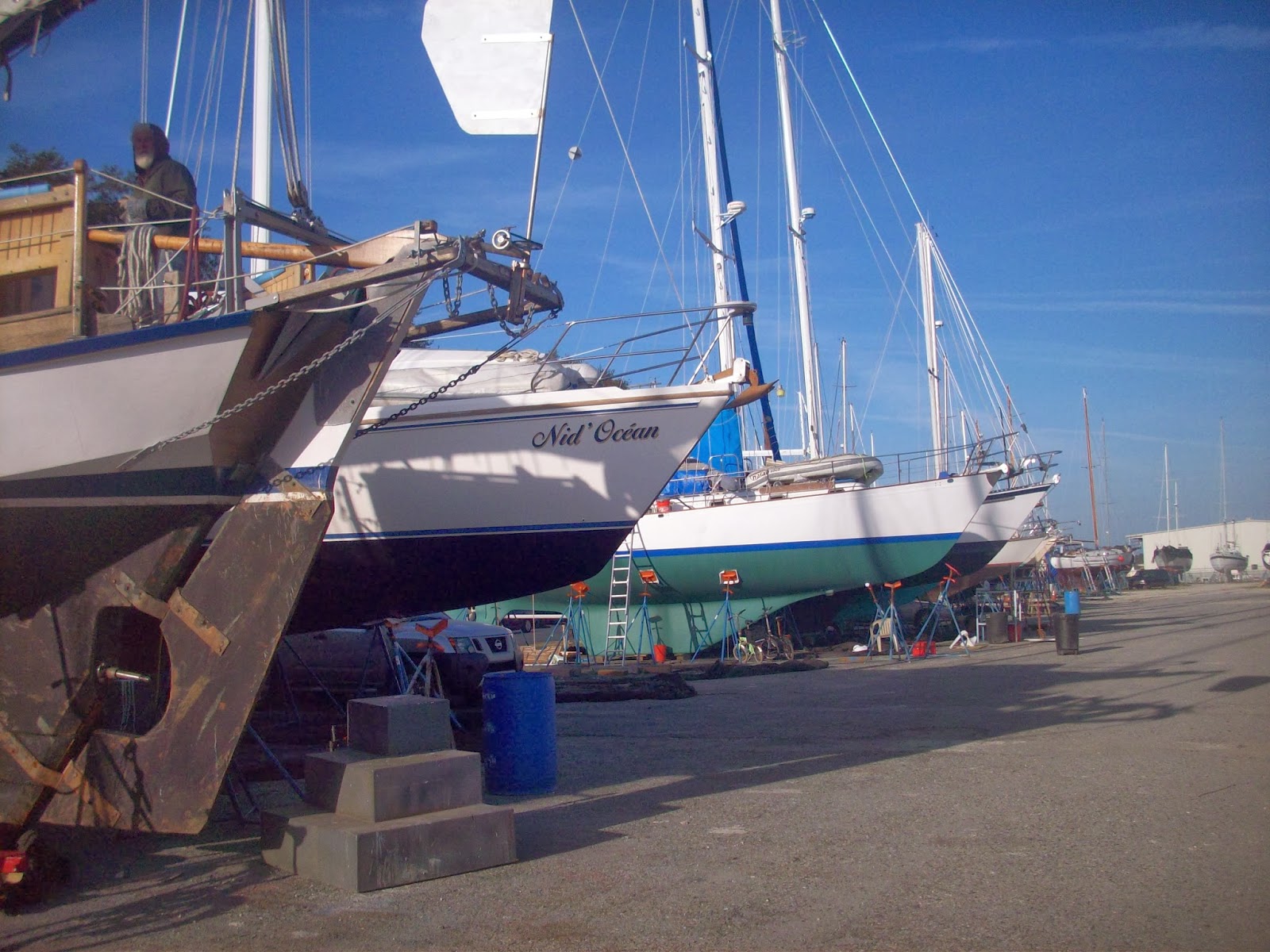 Did you see him? It was Santa! It really was. Just 4 boats down from mine. His beard was a little grey, he wasn't wearing red and he had just finished up delivering presents. He told me not to tell anyone that he really lives on an old wooden boat at the marina and not the North Pole but as long as I just post a photo, I figure it will be OK.
I did actually spend Christmas Eve with my 2 fabulous sons in freezing cold-Atlanta and here is us on the new Atlanta Ferris Wheel. Why am I showing you one of my 3 newly operating oil lamps in the middle of the day? 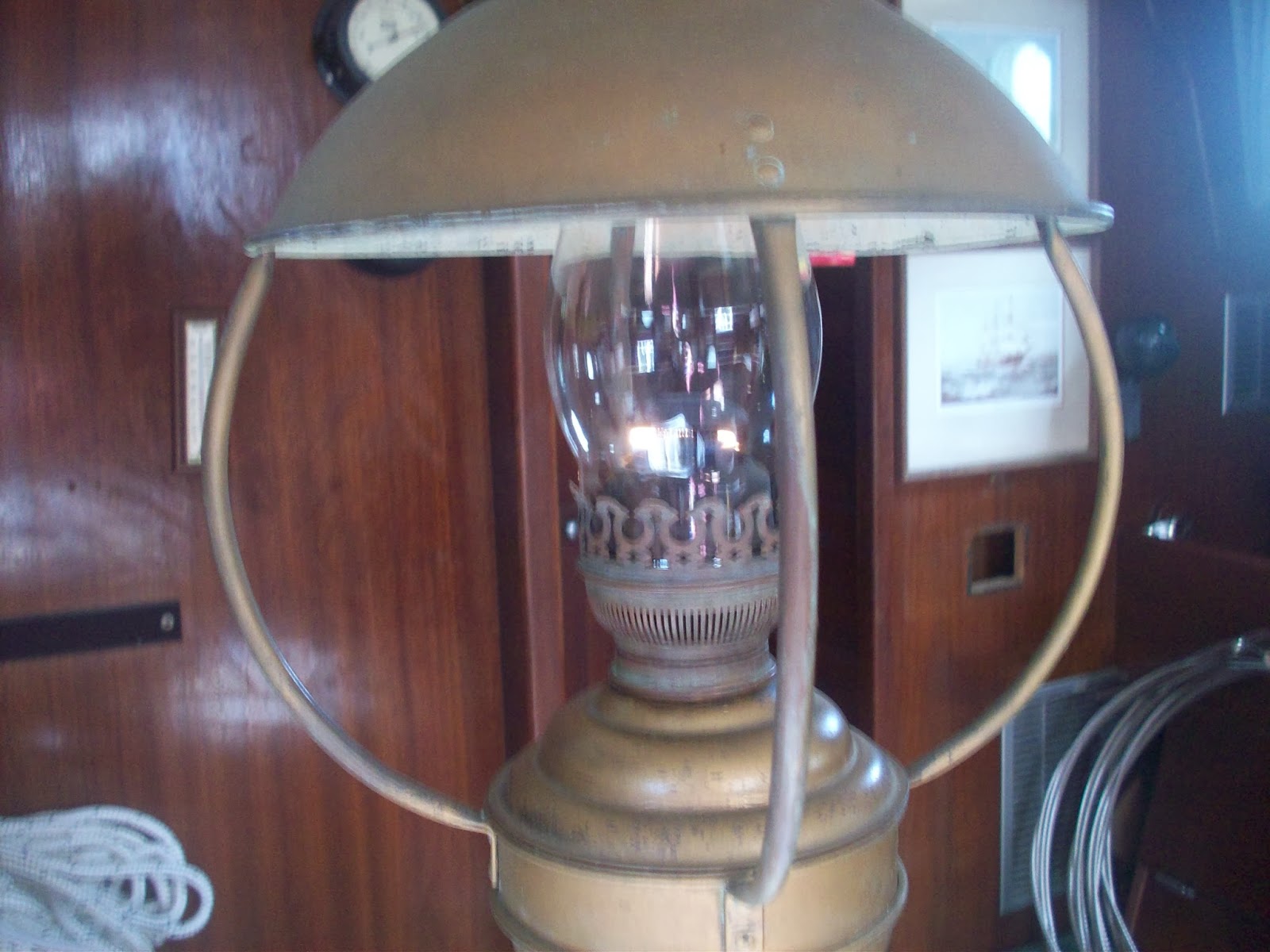 Because it is also quite cold down in here in Florida and I am keeping the boat warm with them on. 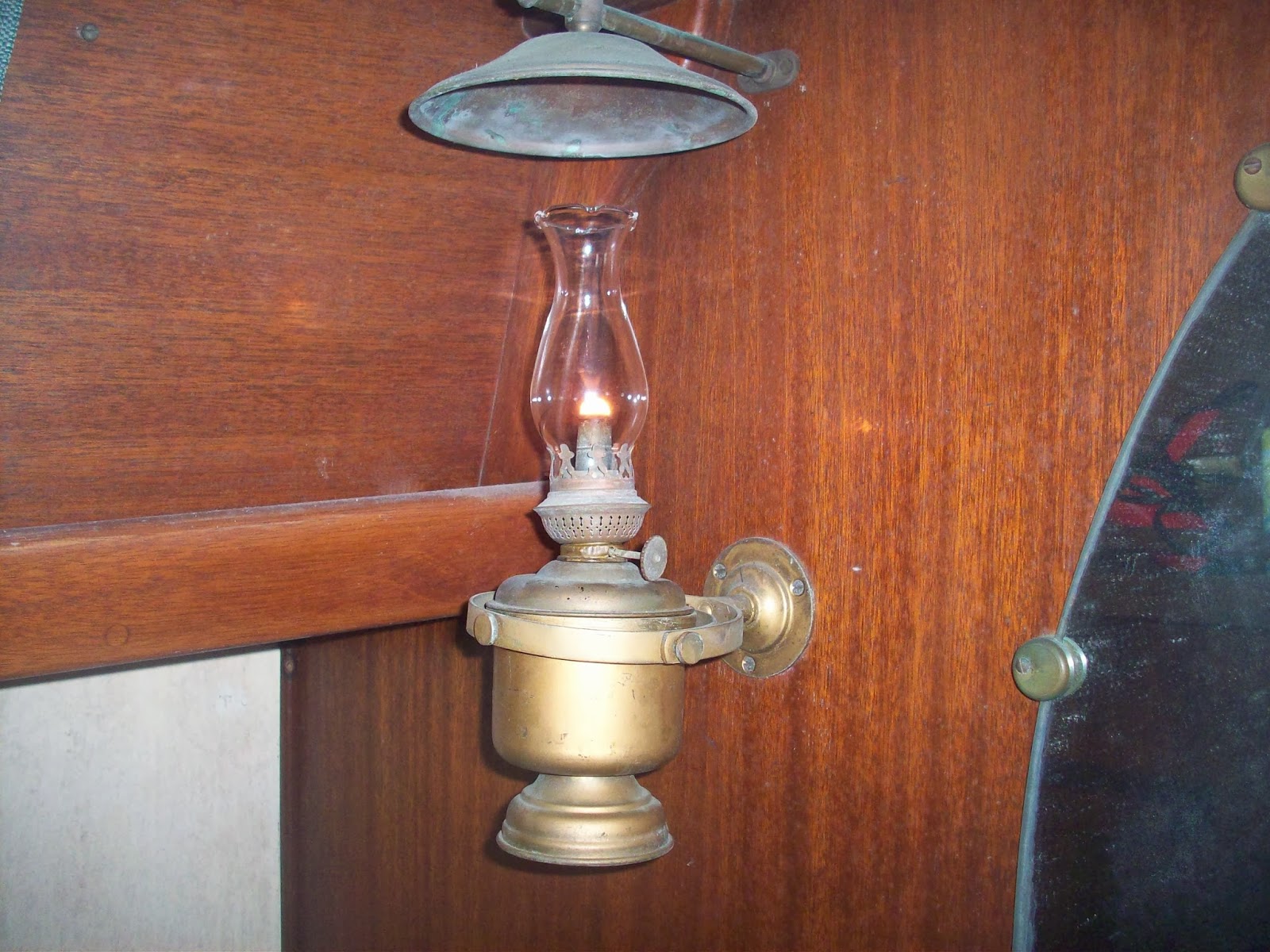 Originally I was going to get rid of them because the smell from them gave me a headache, but after refurbishing them and buying some new lamp oil from Walmart, they are functioning perfectly.
Other than Santa's appearance, at the Marina, here in Green Cove Springs, things were just like normal. 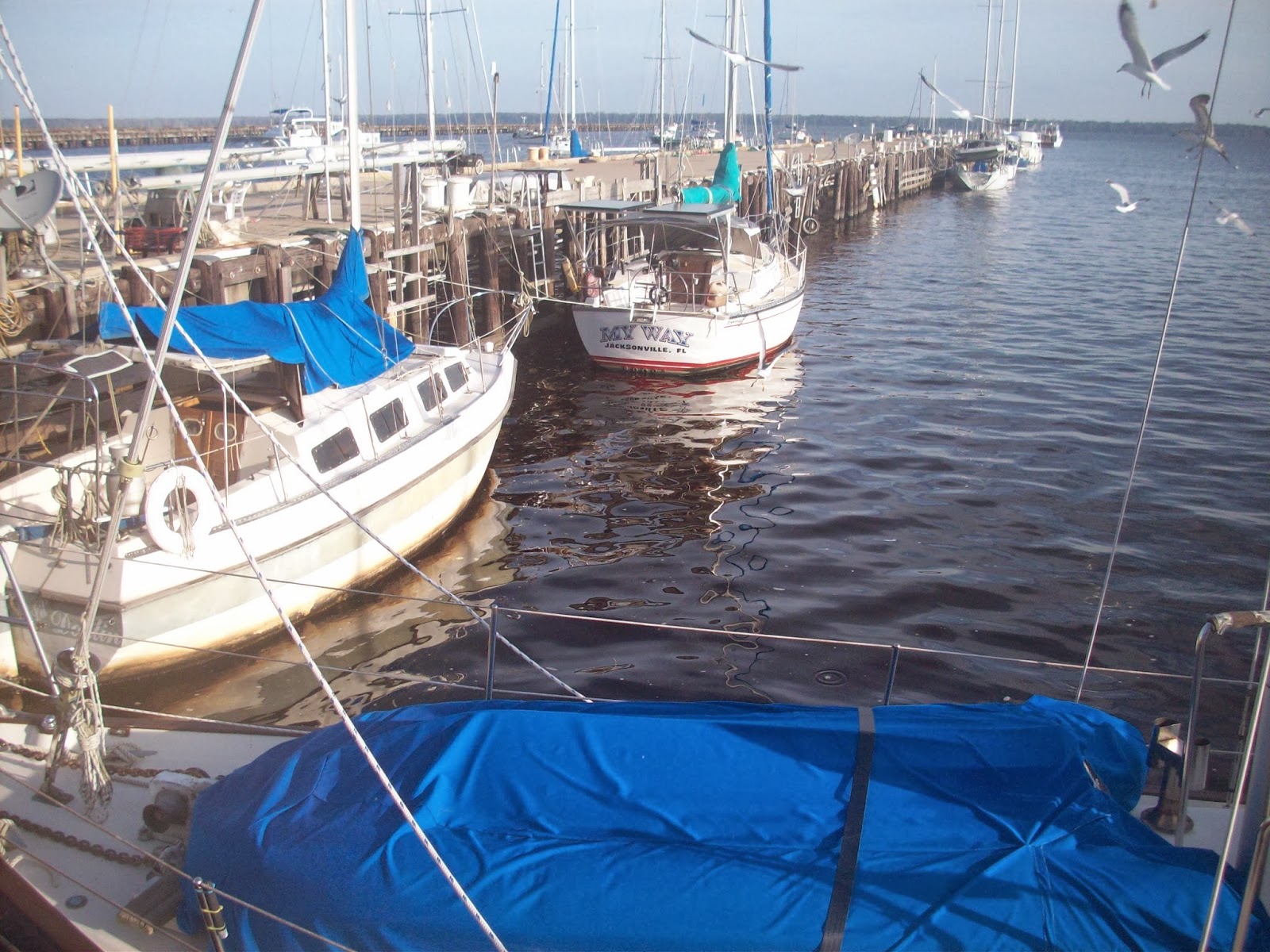 Seagulls were making a lot of noise. And the marina staff were loading a boat. 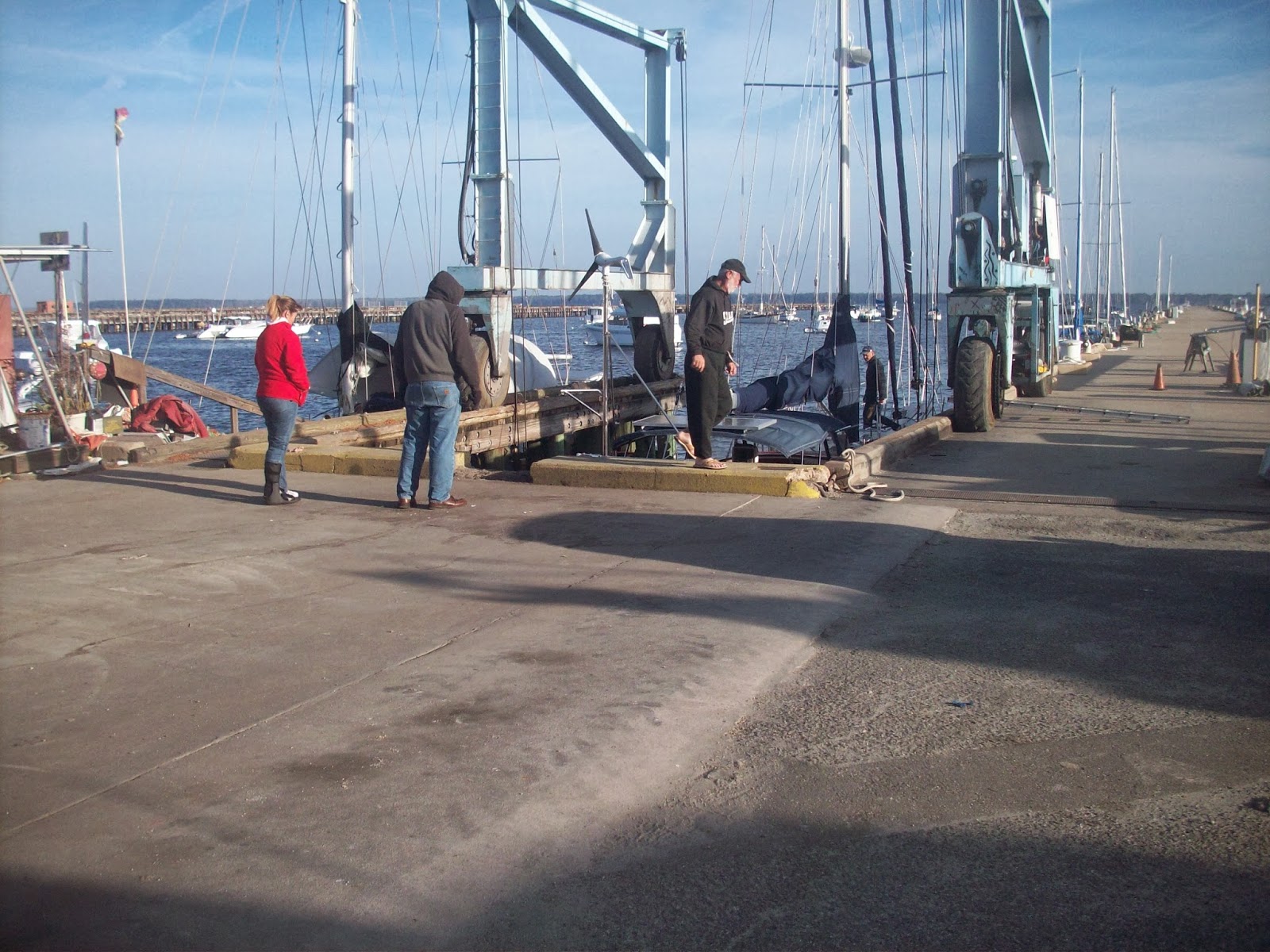 I did have my first visitor to the boat, a fellow westsail owner, so it gave me some motivation to clean up inside and also the topsides. The scuff marks on the outside came off quite easily, but painting them is definitely on my to do list. 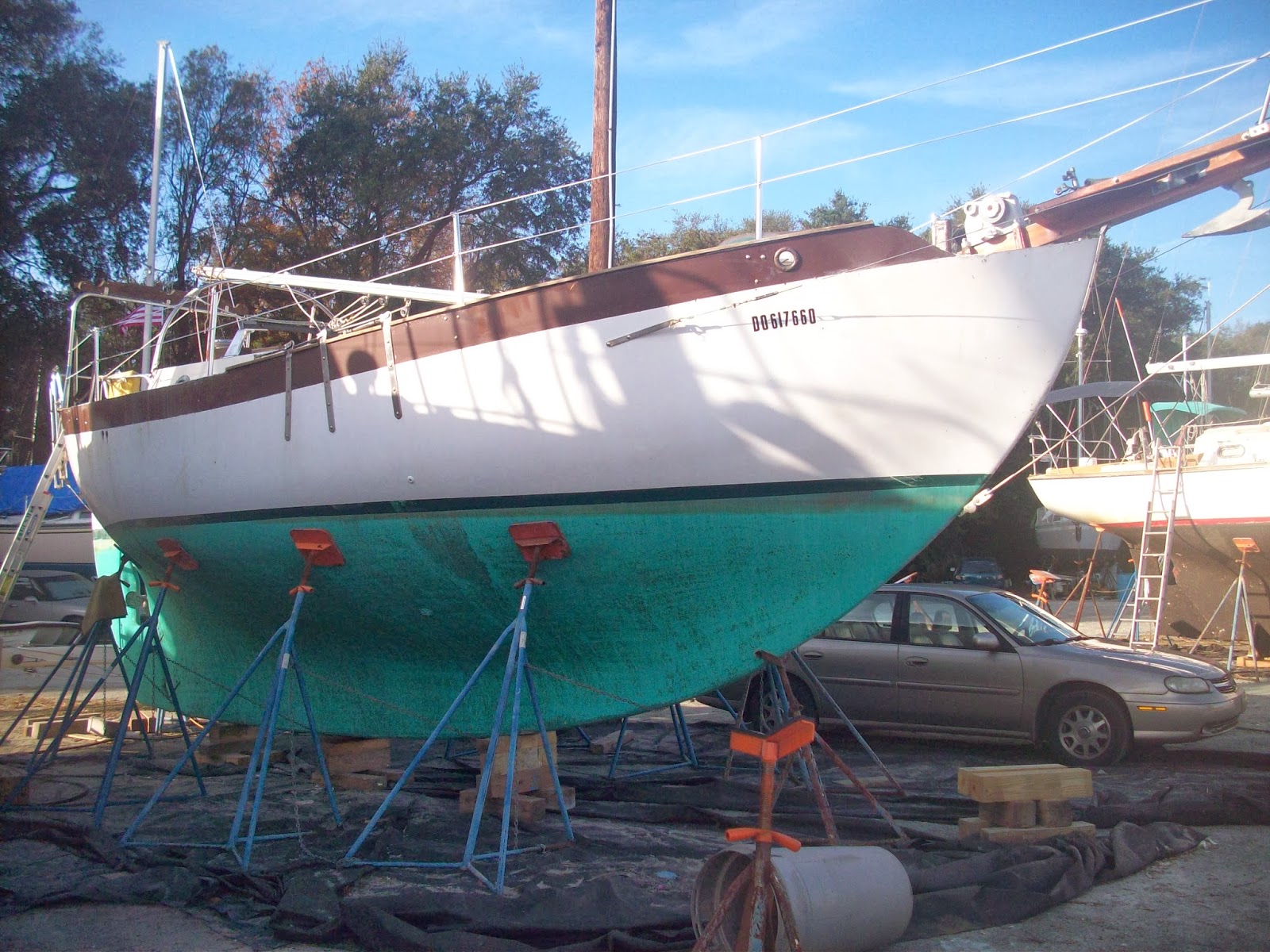 My port lights were always collecting water and leaking onto the boat, so I glued some oil lamp wicks onto them to keep them dry. 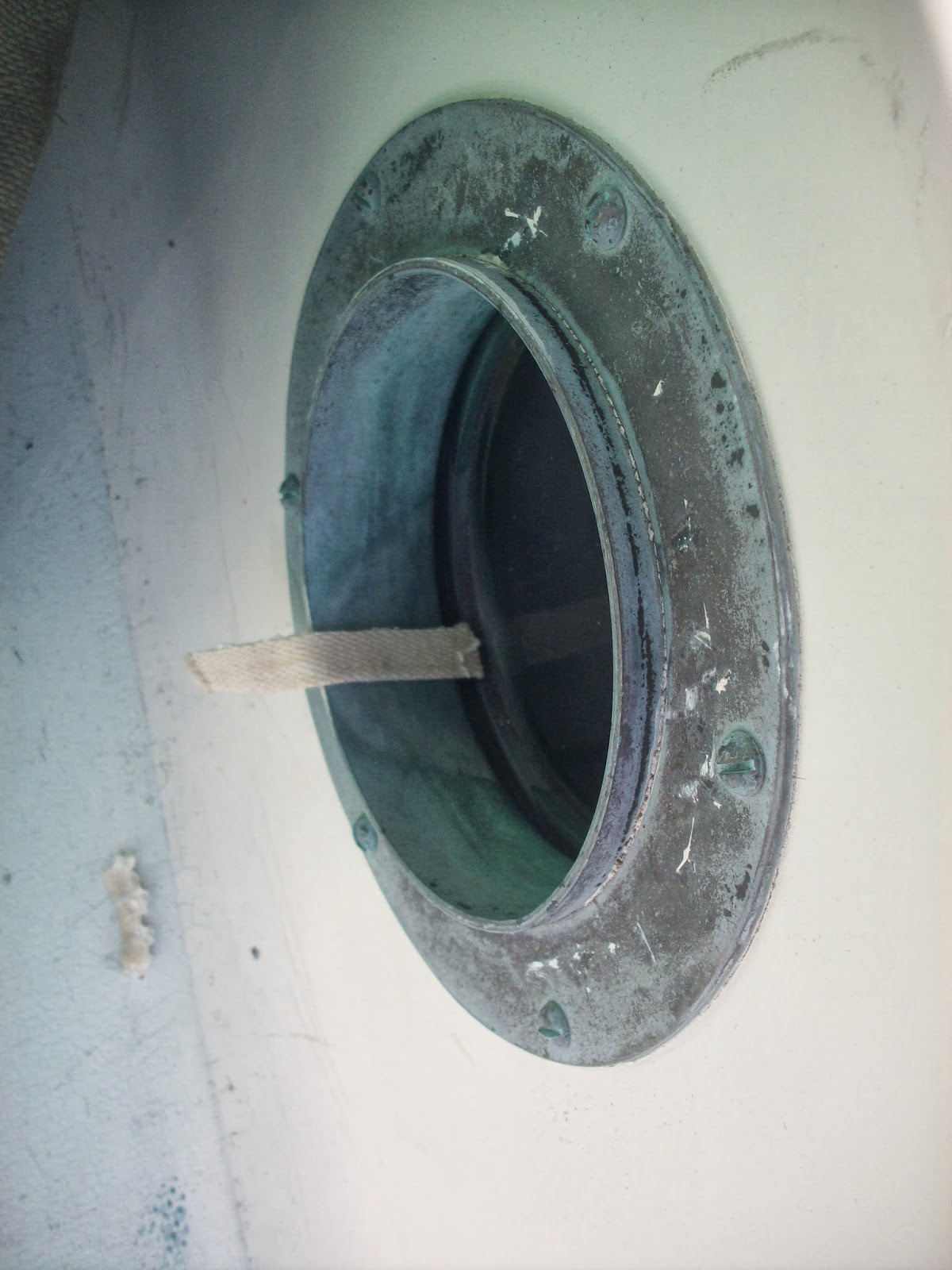 I also ordered a RAM mount for my Nexus tablet, so that I could mount it out of the weather in the companionway to use as a chart plotter. 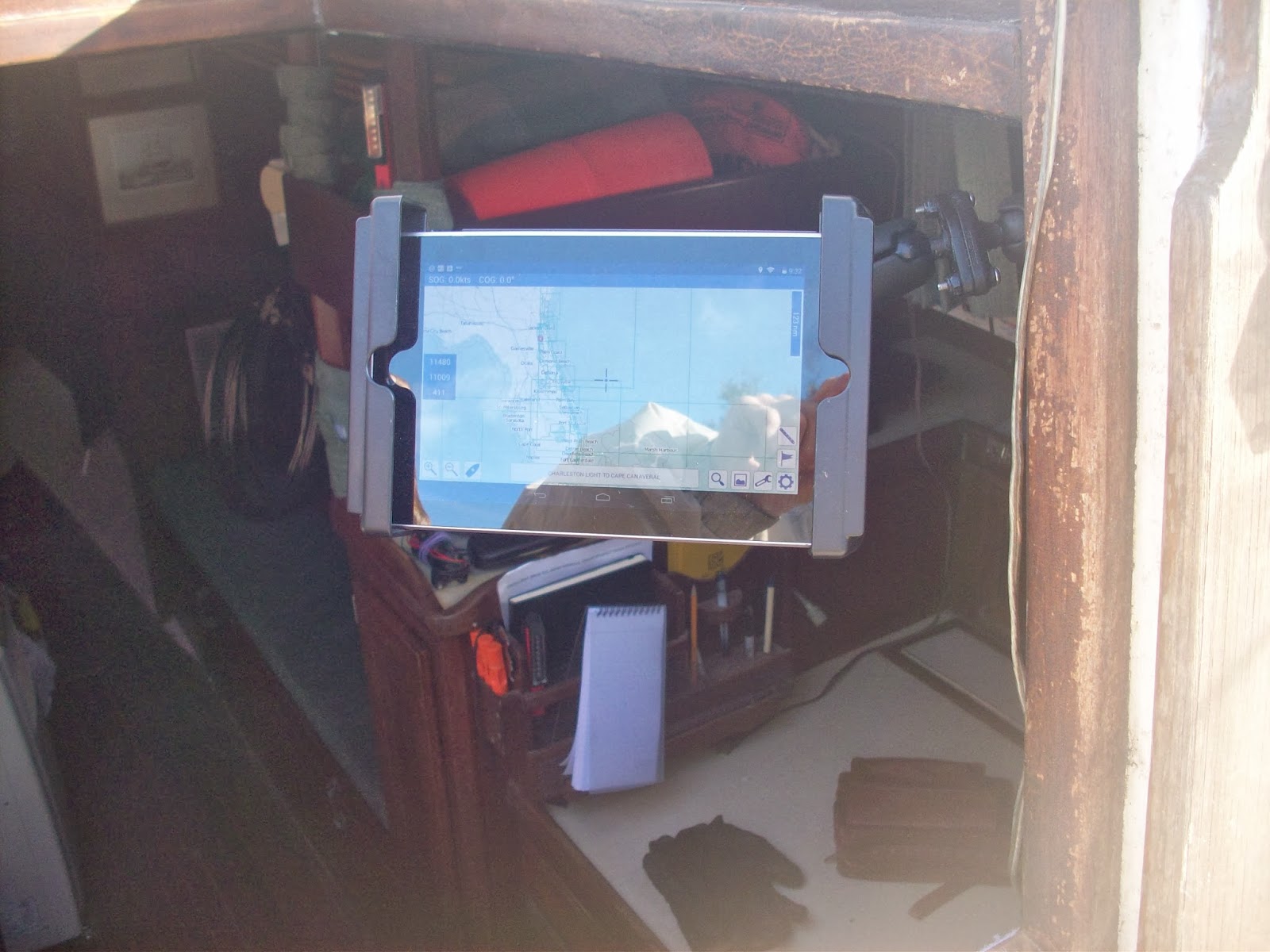 Also I mounted a 12 volt monitor on the bulkhead, so that I can watch movies from the port side table. 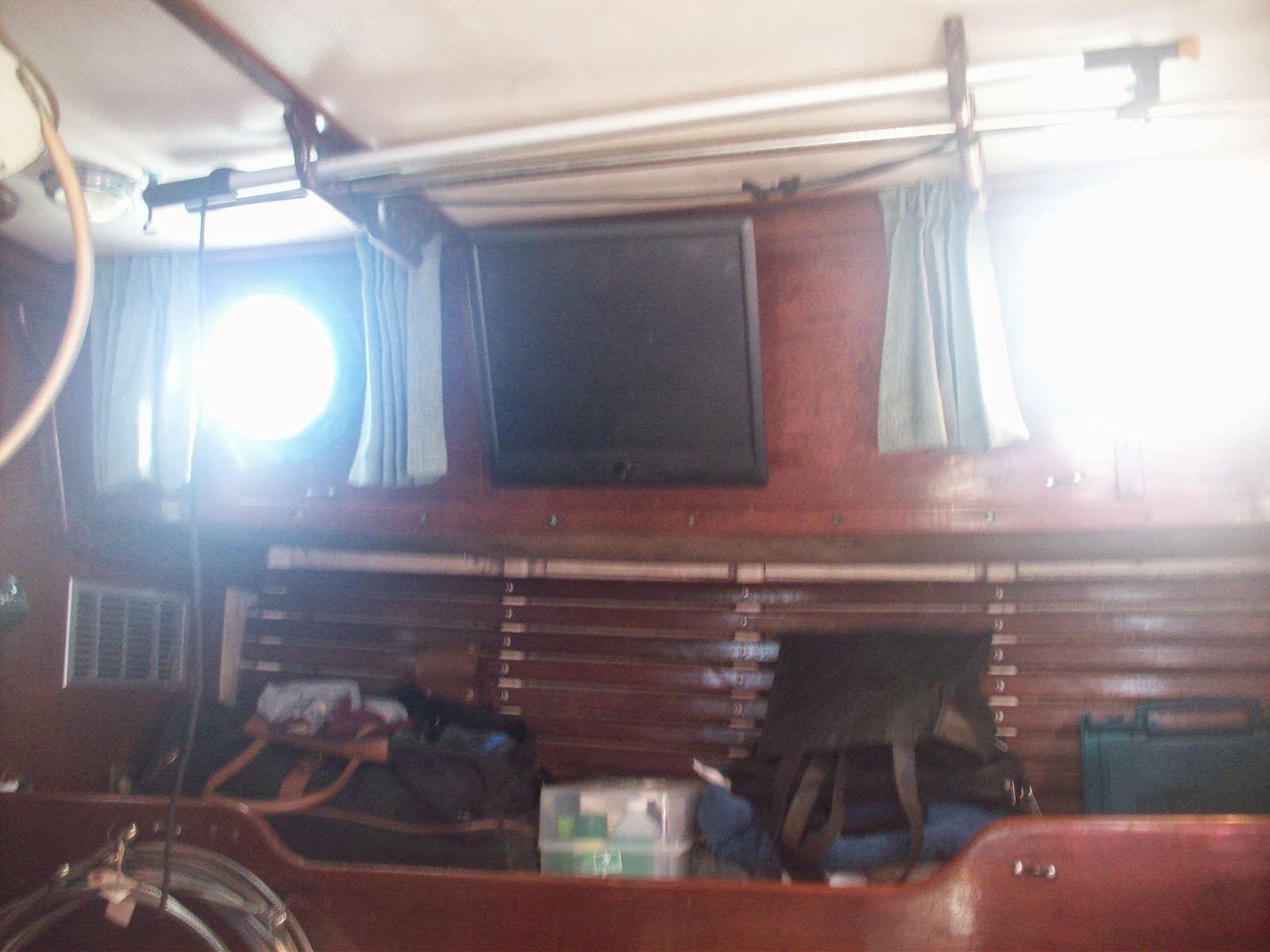 The monitor can also be easily unclipped and mounted in the companionway so that I can also watch it from the cockpit.. 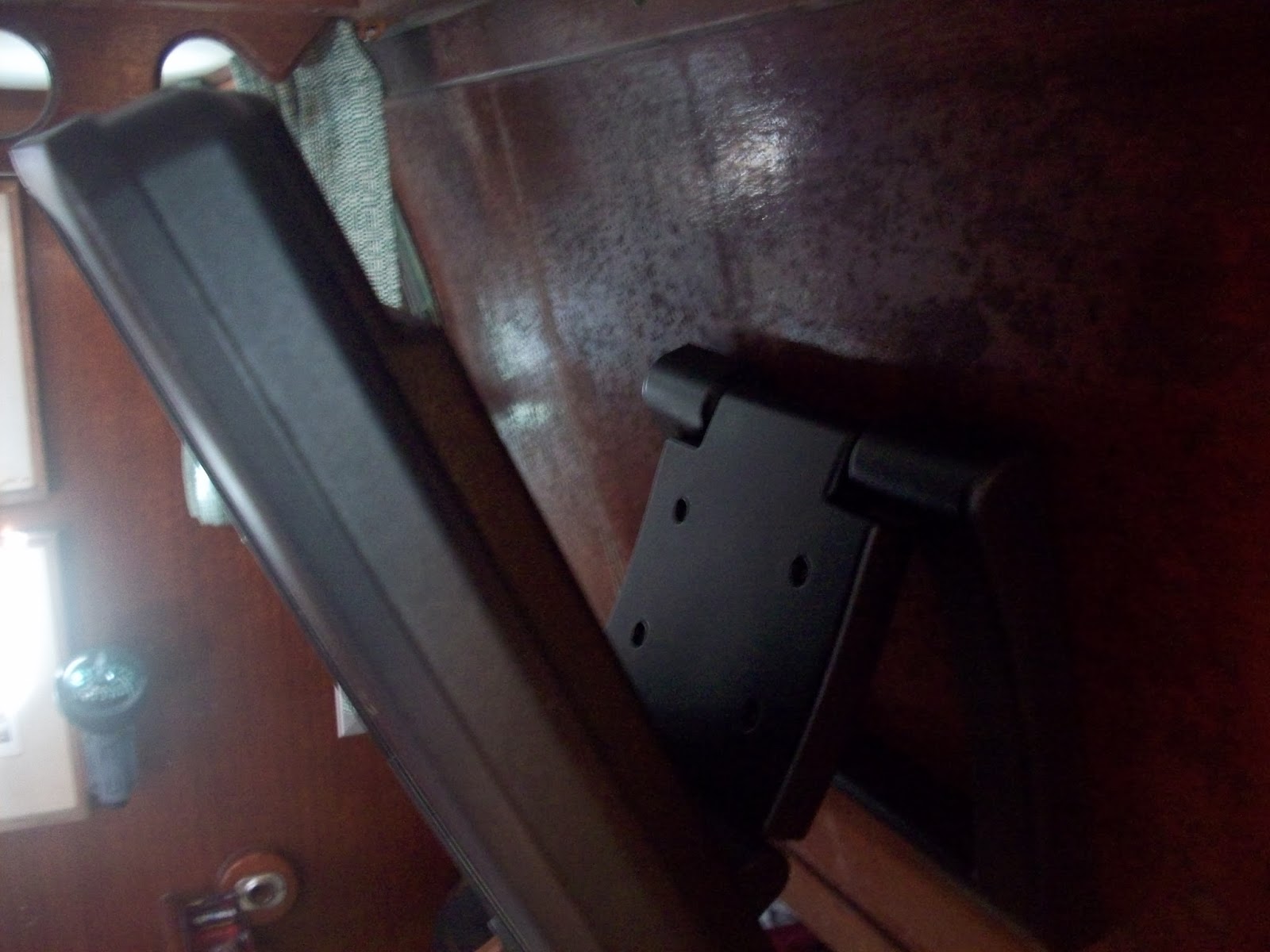 Replacing all the standing rigging is proceeding as planned. It is not all that complicated, but there have been some hiccups along the way. I ordered it all from Westsailparts.com, but I forgot about the spreader stays, the topping lift and the running backstays. 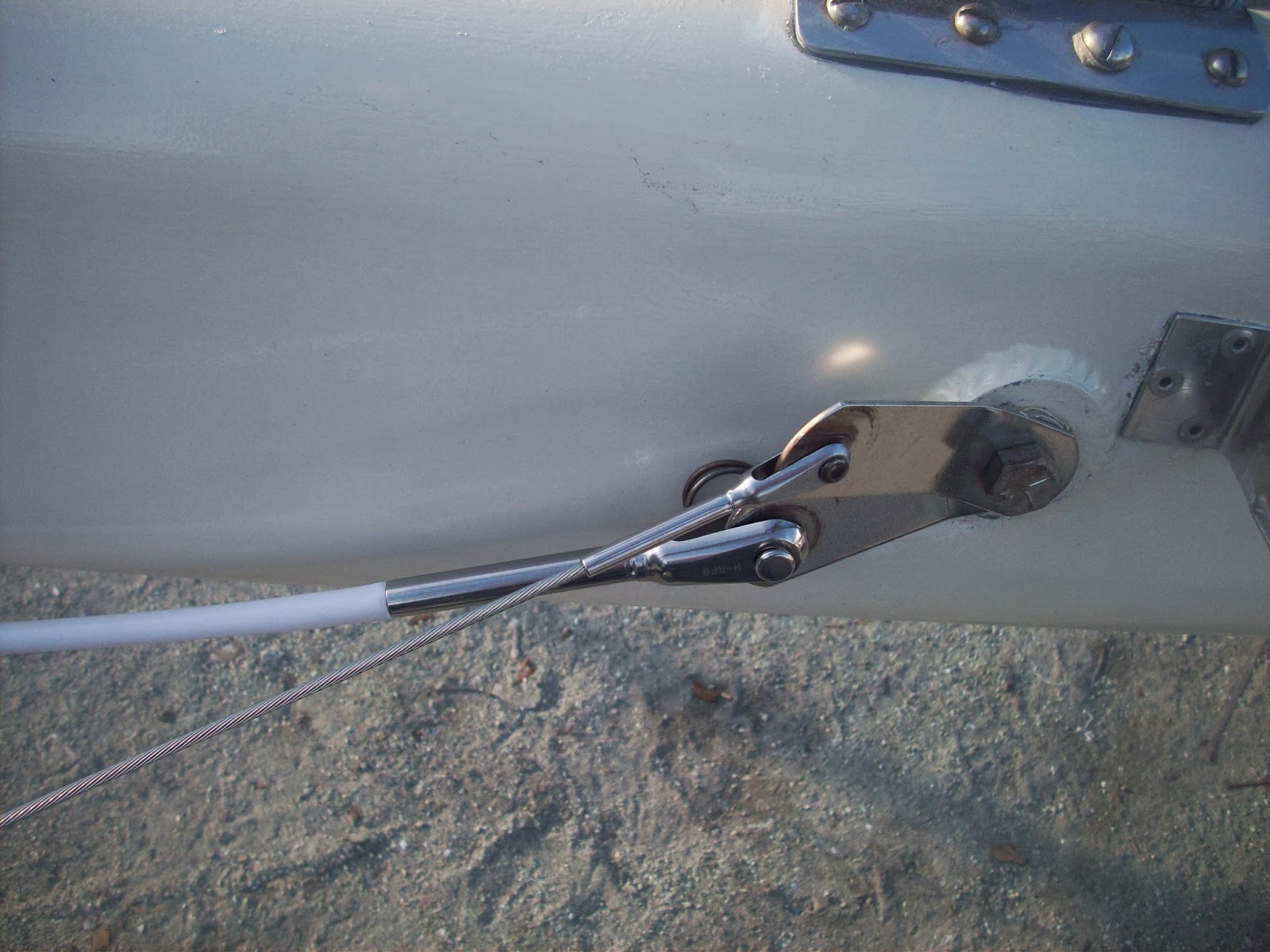 And I had to run over to Westmarine to get a steaming/deck light. 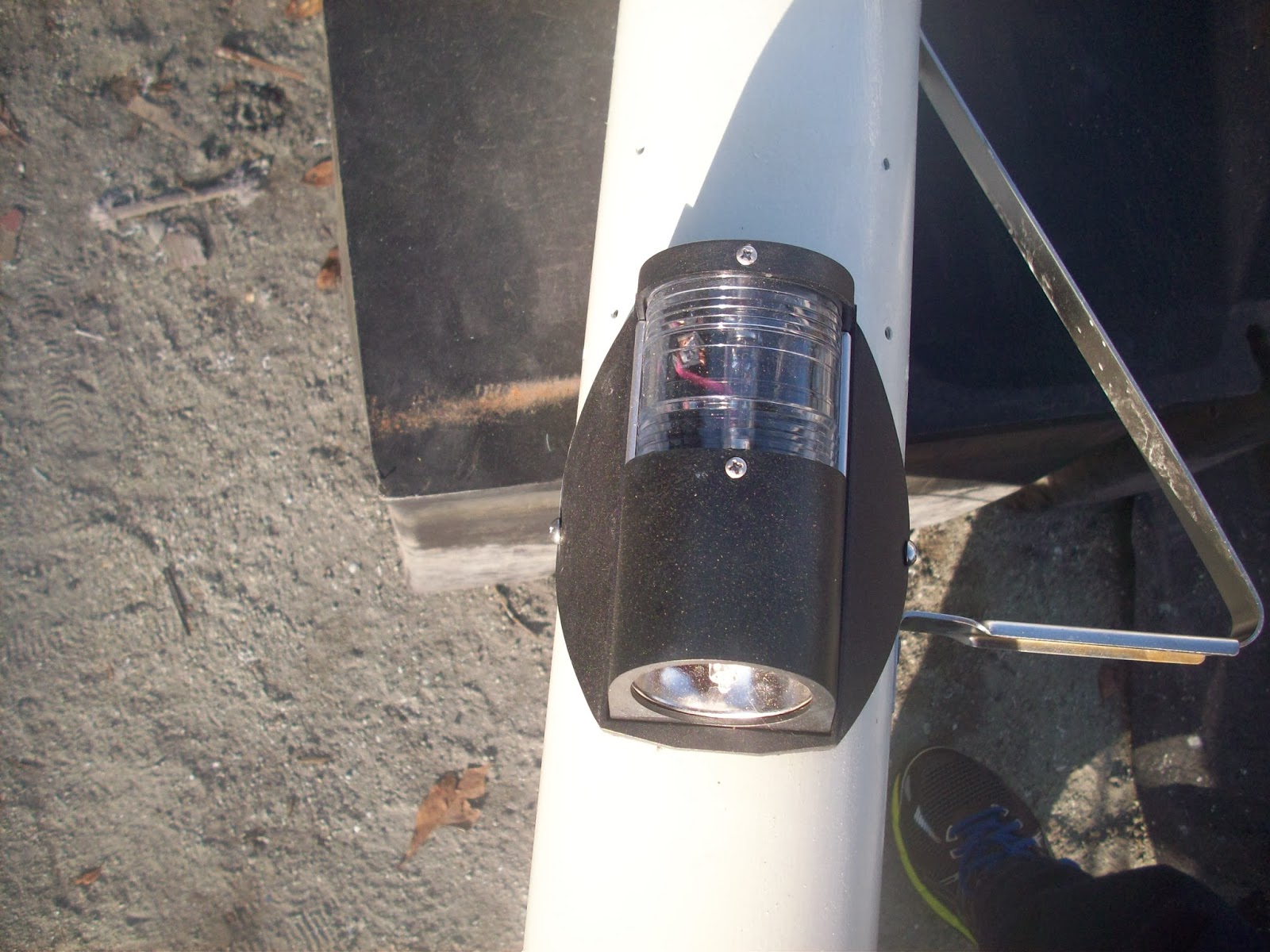 There were 2 incandescent bulbs inside and it doesn't matter about the steaming light because the motor is always running when it is on, providing plenty of electricity from the alternator, but the deck light is a different matter. It came with a halogen bulb so I ordered red, green and white LED replacements. 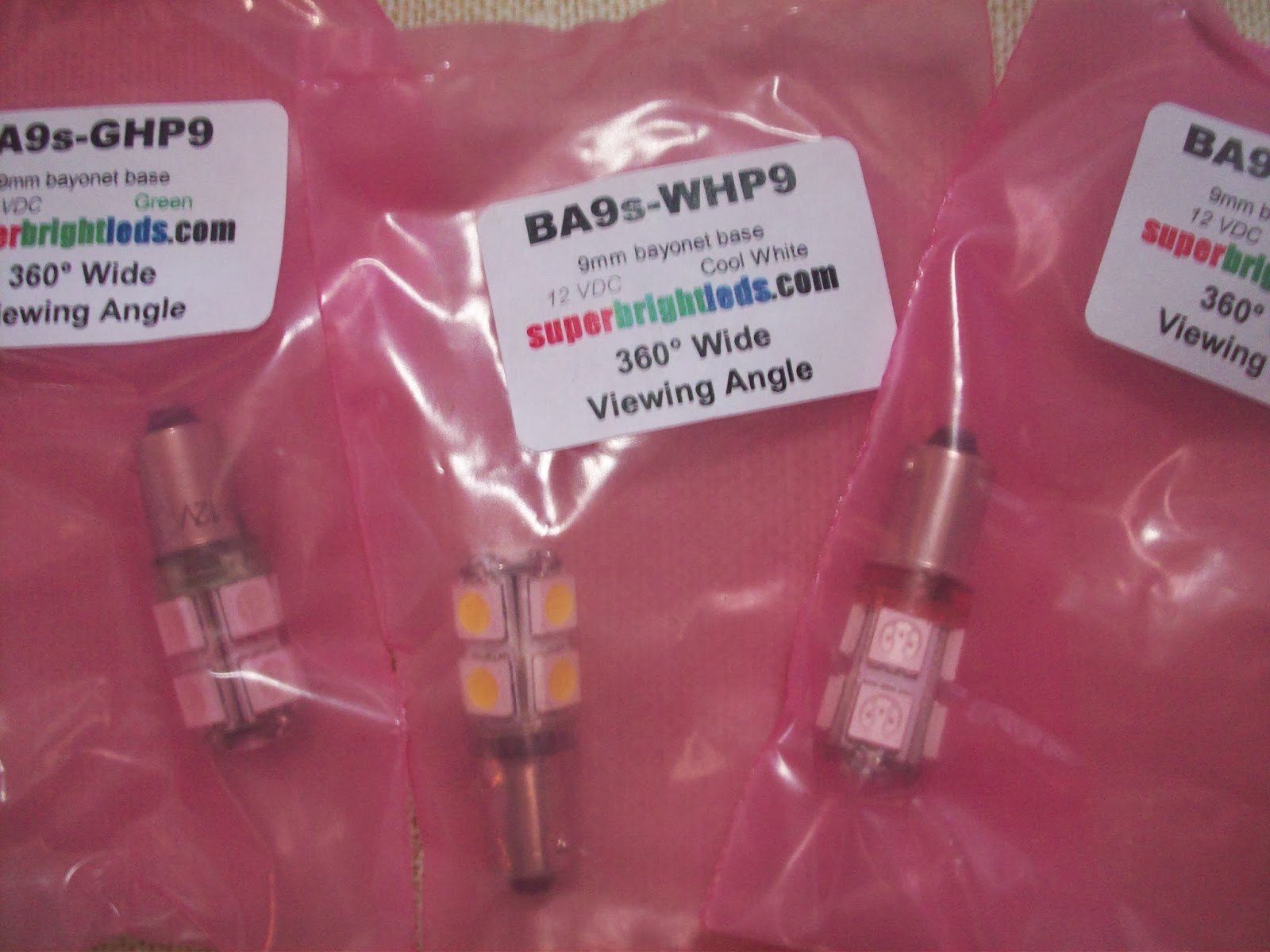 They are not supposed to be exposed to the elements, so I will have to experiment with them.
So I want to wish you a Happy Christmas and hope Santa gave you the present you deserve.
Posted by Onapua at 12:09 PM