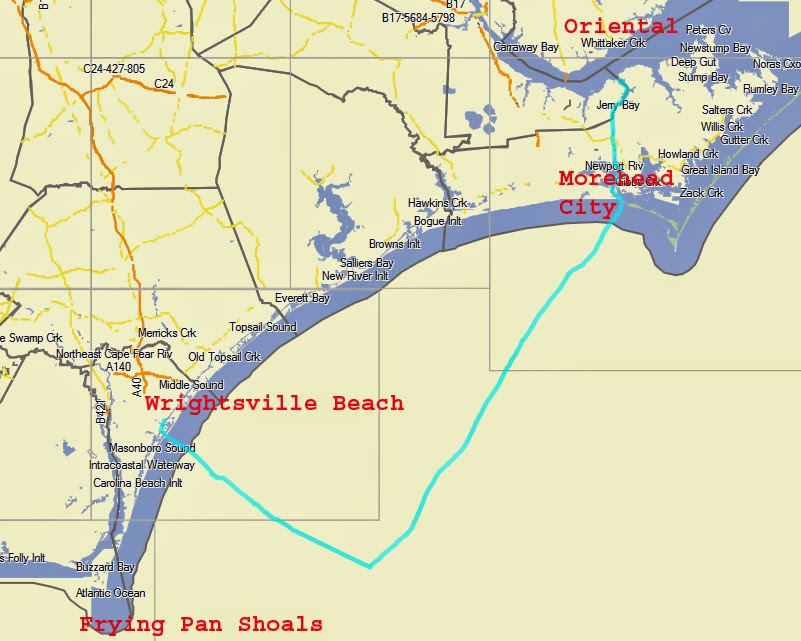 The map shows our path since Wednesday. We left Oriental aiming to bypass Morehead City and head south as far as  we could around Frying Pan Shoals. 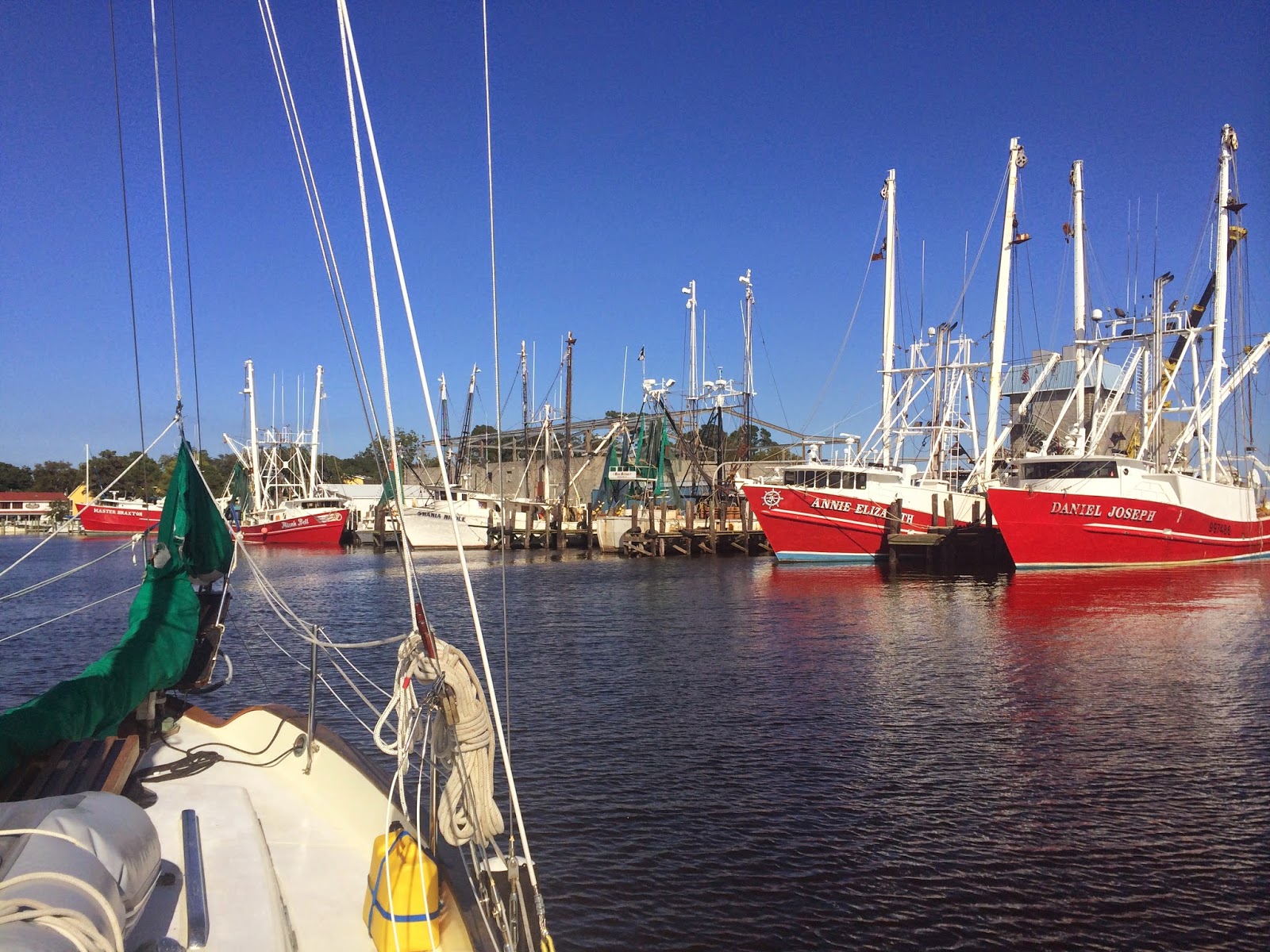 Here is my lunch. 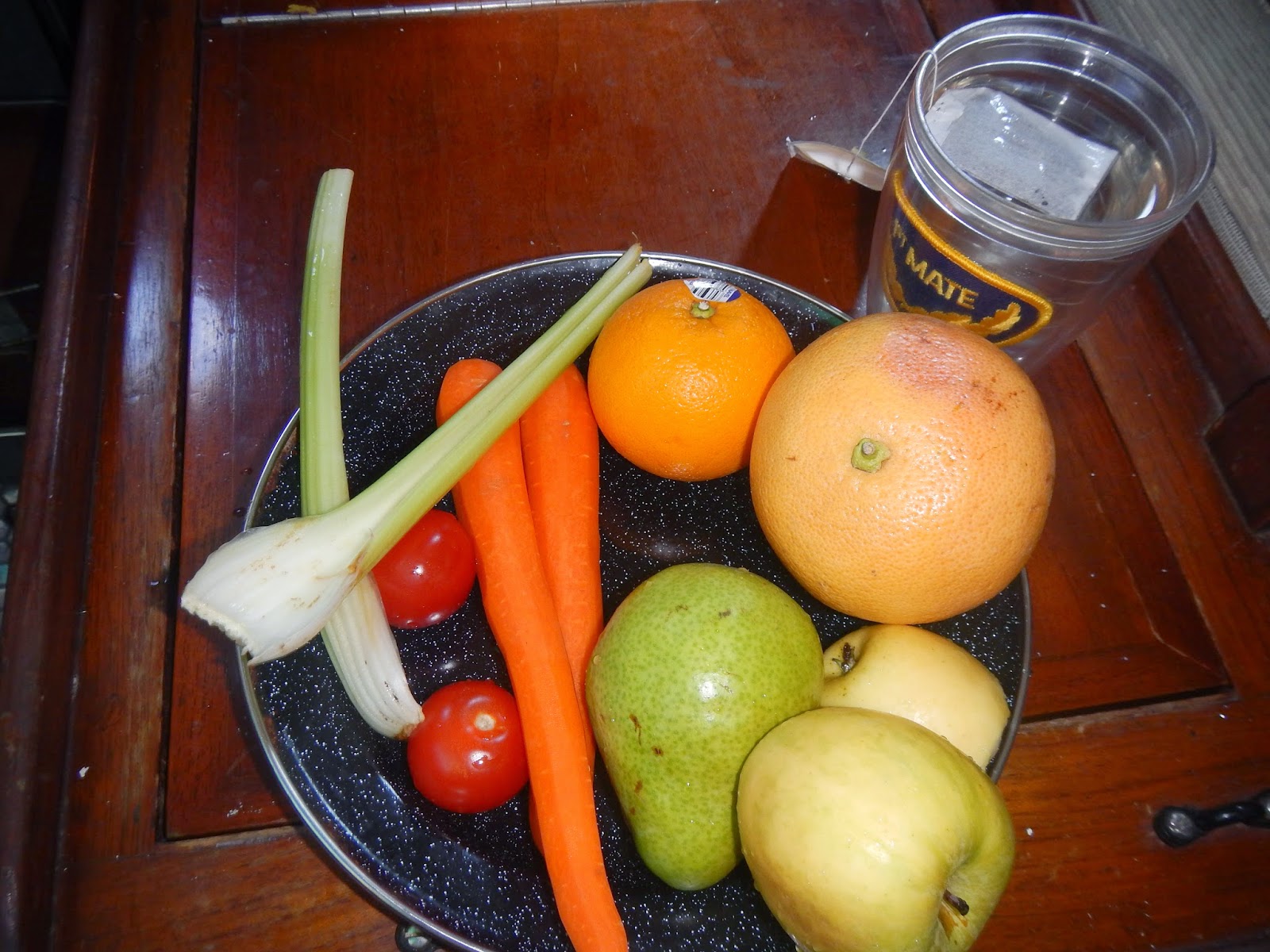 And here is John's. 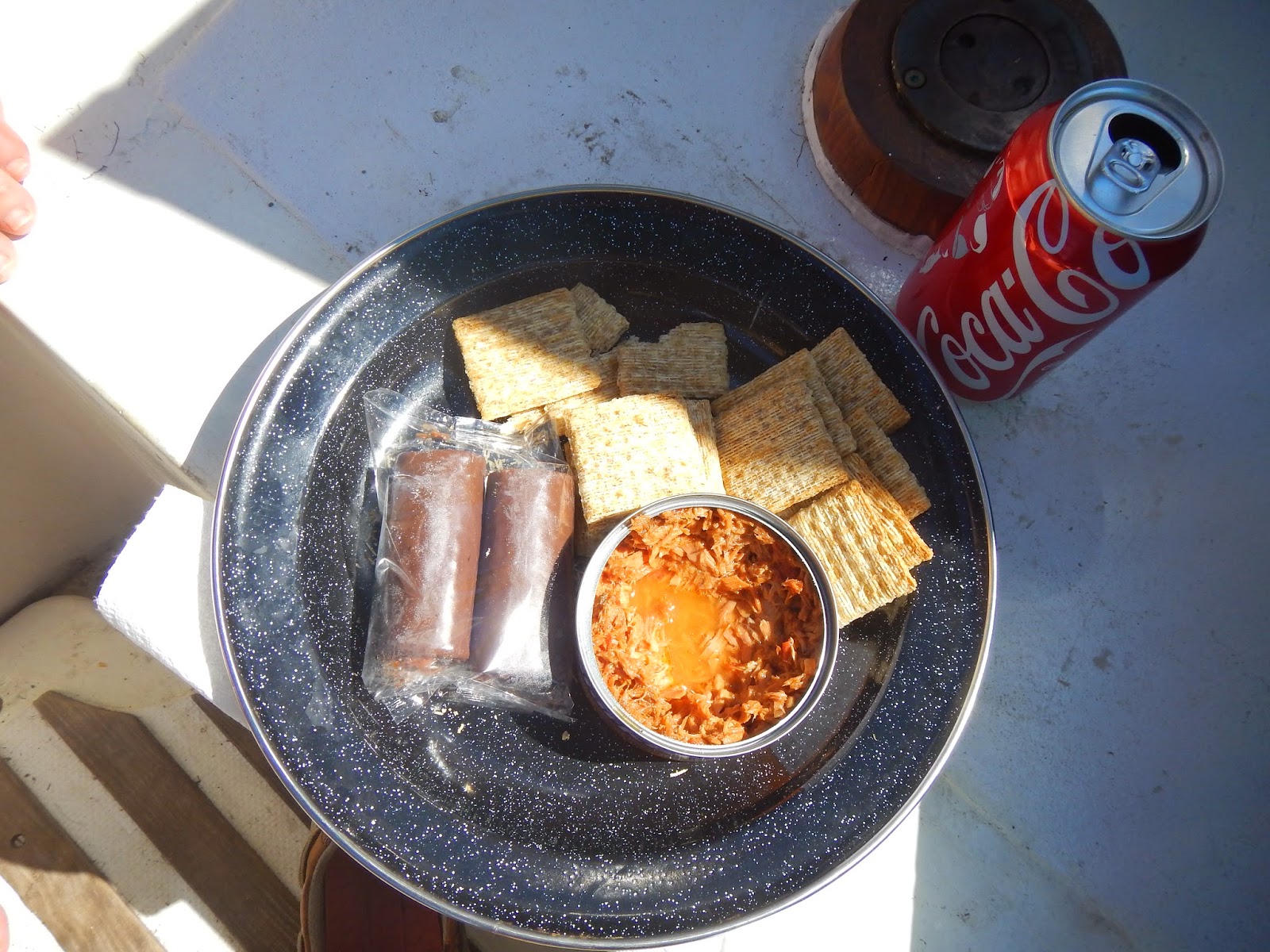 We were accompanied by dolphins and had yet another amazing sunset to entertain us. 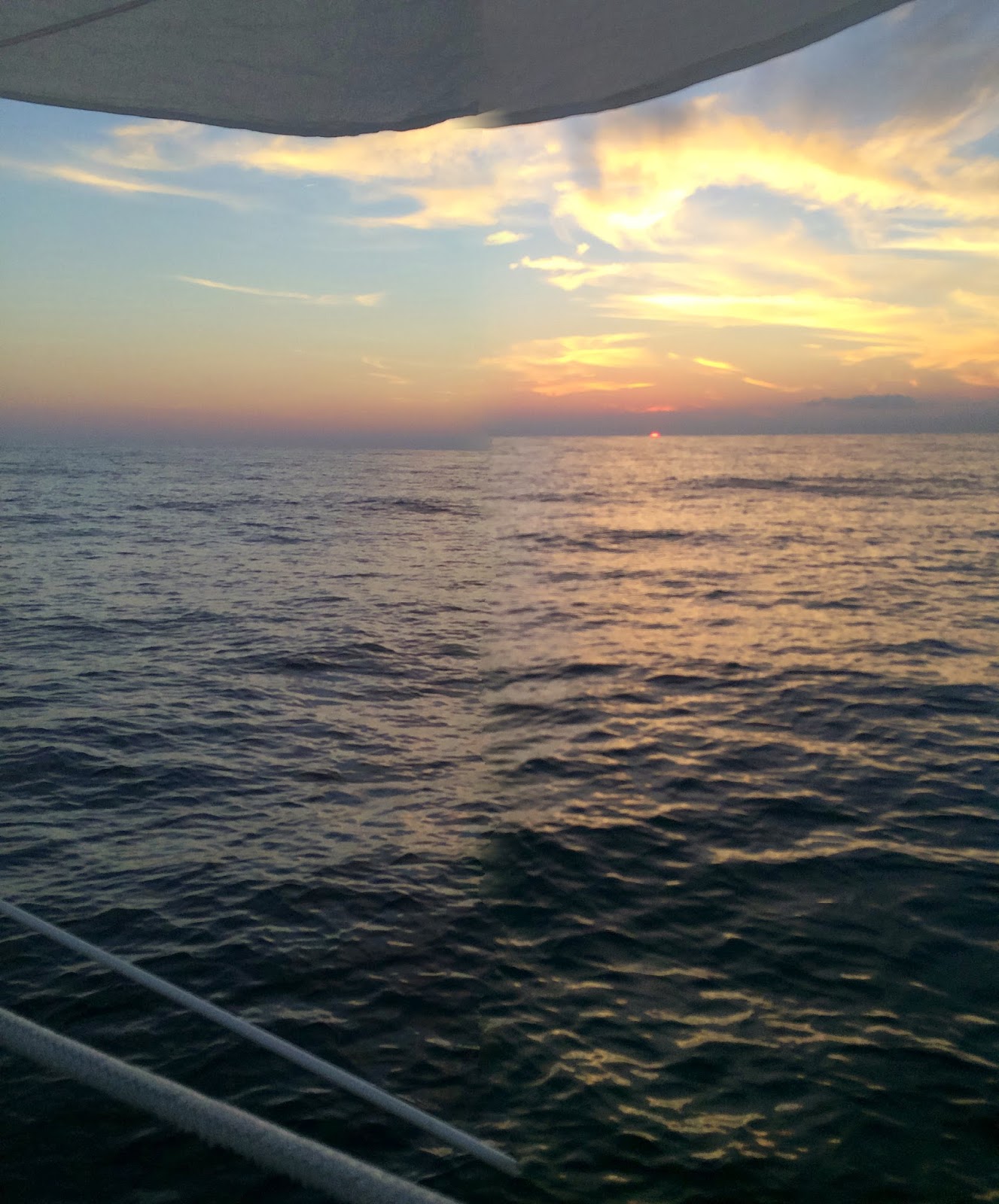 We sailed a little bit, but even though we had a good forecast, the winds were very light and we ended up motoring most of the way. About 30 miles out, as we were preparing to round Frying Pan Shoal I checked the engine and discovered this. 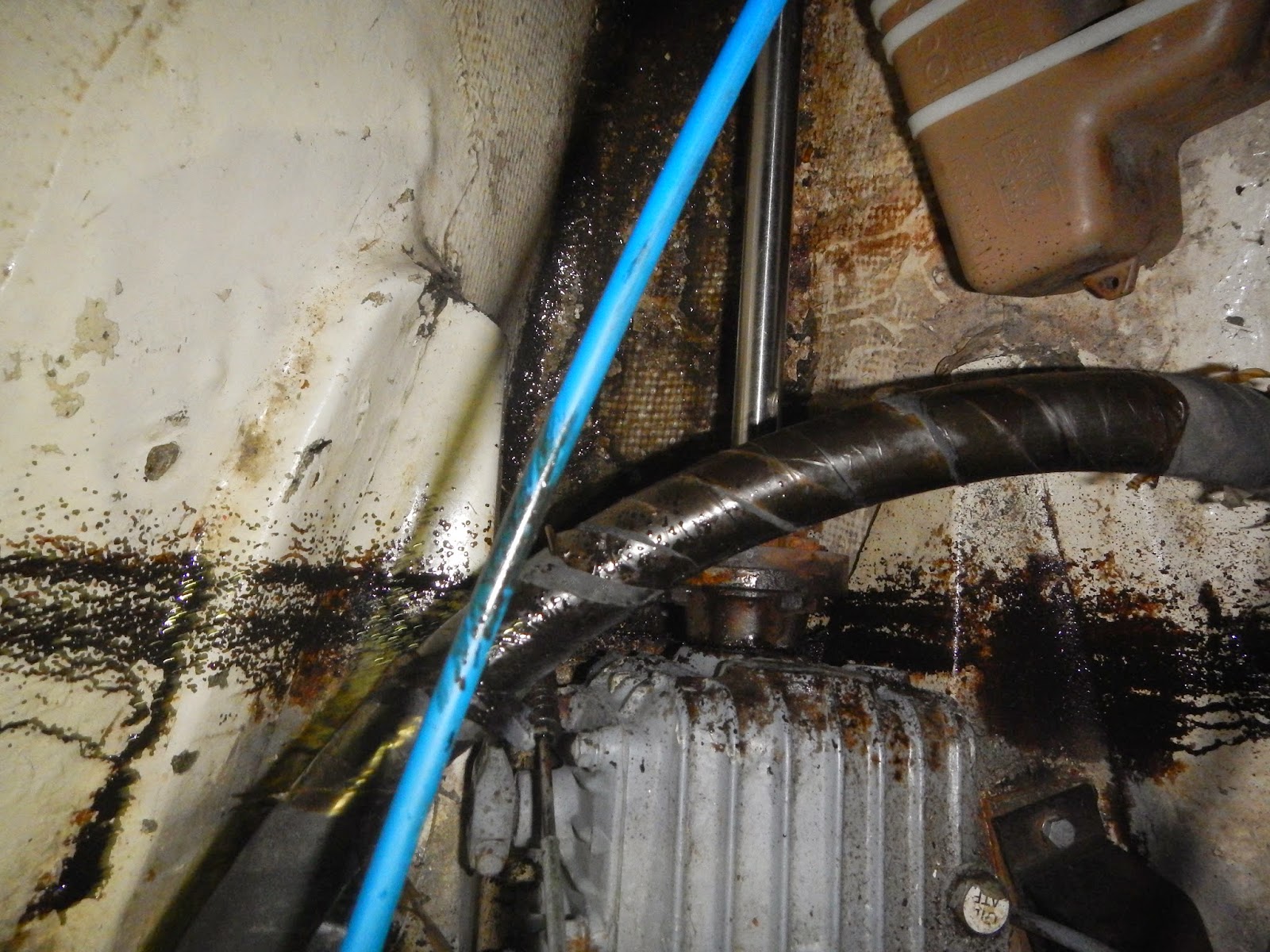 I checked the transmission and engine oil and they were good. I did discover however that the front starboard engine mount had a loose bolt. Anyway bottom line is we decided to head to the nearest port of refuge. On the way back in, we discovered that the transmission was slipping and with little or no wind, flopped around in the flat calm watching fish jump all around the boat and being entertained by this fellow for a couple of hours. 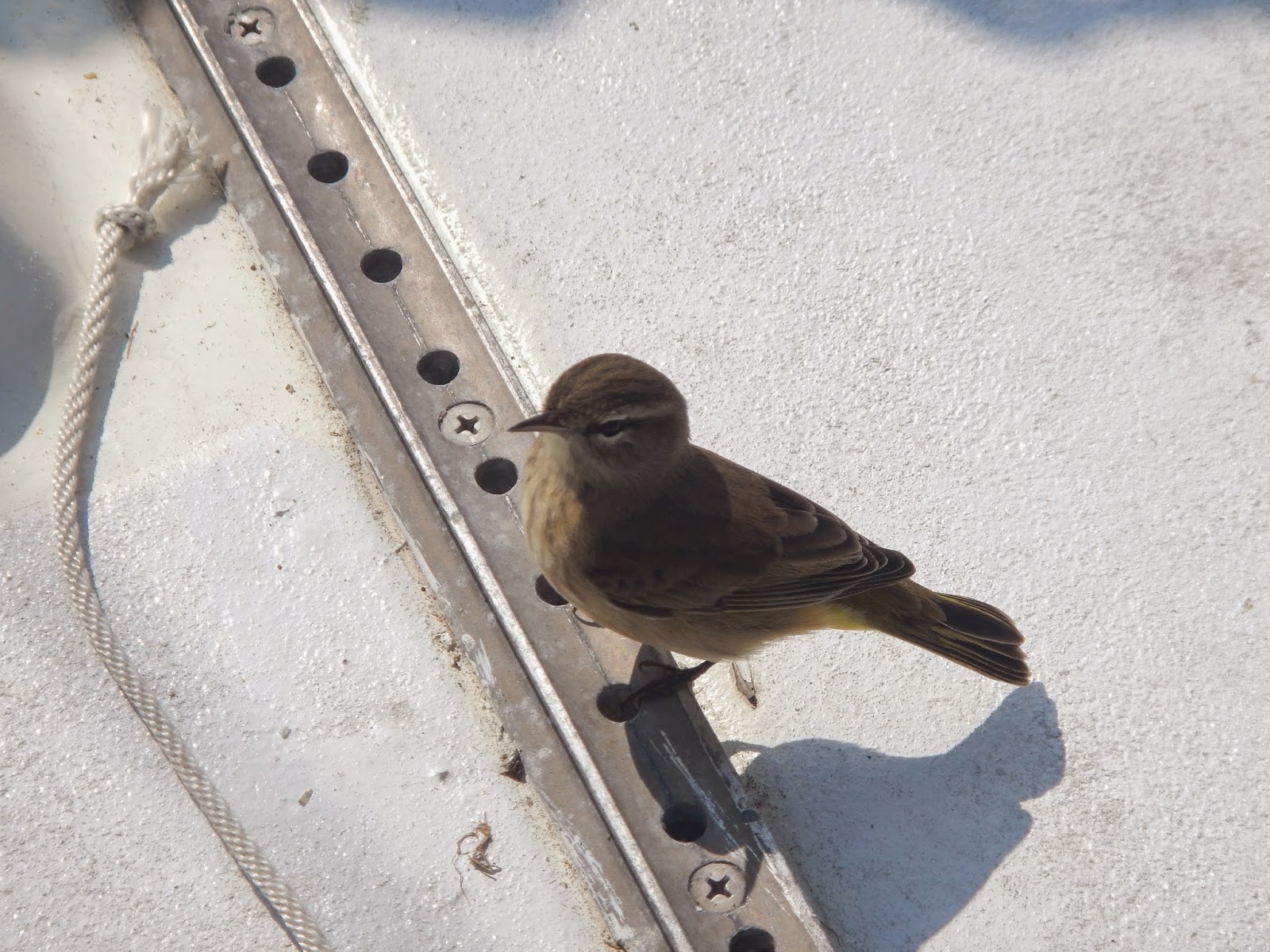 He flew into every part of the boat, including the engine bay while the engine was running.
Despite the fickle winds, we sailed most of the way, even through the tricky channels of the ICW here in Wrightsville Beach. We tied up Thursday night, tired, beat and ready to throw in the towel on the whole boat thing. With a new transmission on the horizon and the week it would take to install, John decided to go back home. 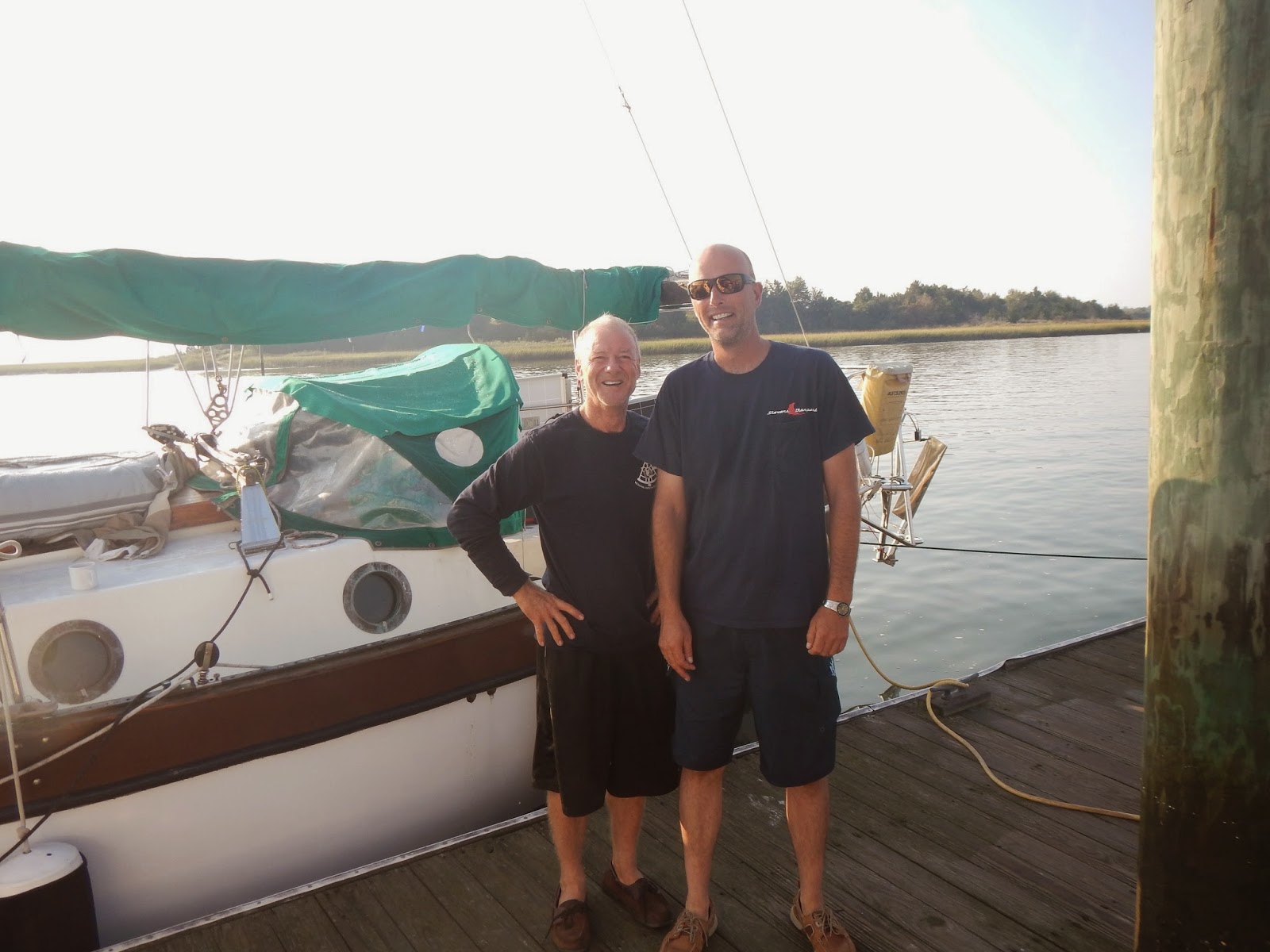 John has a boat like mine except in pieces, and his goal was to get some experience, cruising. I think he achieved his  goal, however he also got a dose of reality in that cruising is not all peaches and cream. Which ever way you look at it, we each gained a lifetime friend and despite the risks of choosing crew/captain it was well and truly worth the experience.
So here I sit in Wrightsville Beach, trying to locate a Kanzaki KBW10 transmission. I have had a Yanmar technician out to the boat already and he is optimistic about getting the boat underway next week.