This harbor is full of  cruise ships and they are HUGE!!!! Luckily, none of them were out and about when I came in from the outside because I was so tired, I wouldn't have cared if they had got in my way. It took me just over 2 days to make the journey down and it was a fantastic sail initially however the wind died down last night and I had to motor the last 20 hours. I did try a spot of fishing again. 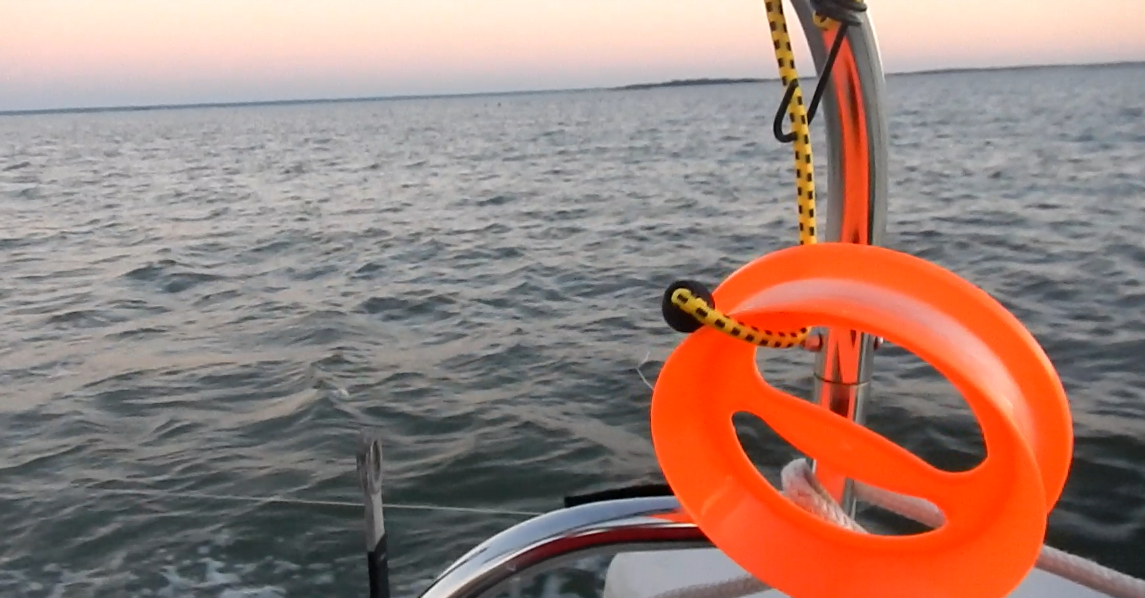 This time i tried a teaser, cedar plug and main squid lure all at once and i managed to land a shark. Notice the foul hook. 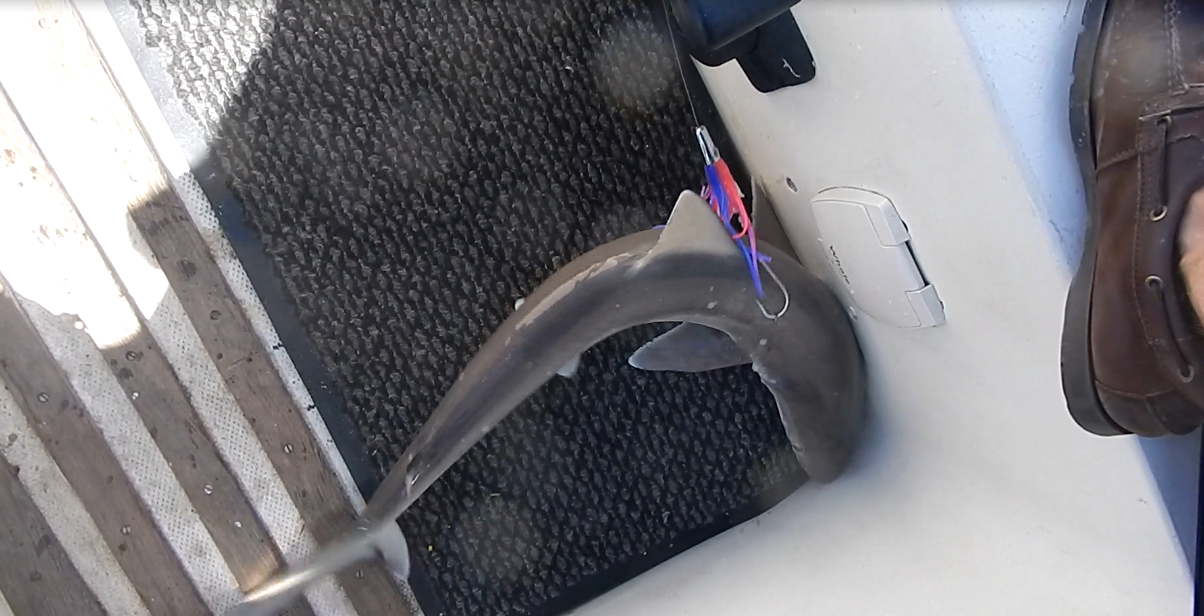 Even though it would  of made a yummy breakfast I decided to release him and let him rejoin several of his mates who were circling the boat. The dolphins were also out in force again yesterday, charging ahead of the boat.

Birds too just love to keep me company and eat moths while hitching a ride.

This one is sleeping and has tucked his head under his wing.

I did have a breakage occur my first day with the genoa track breaking in two pieces. 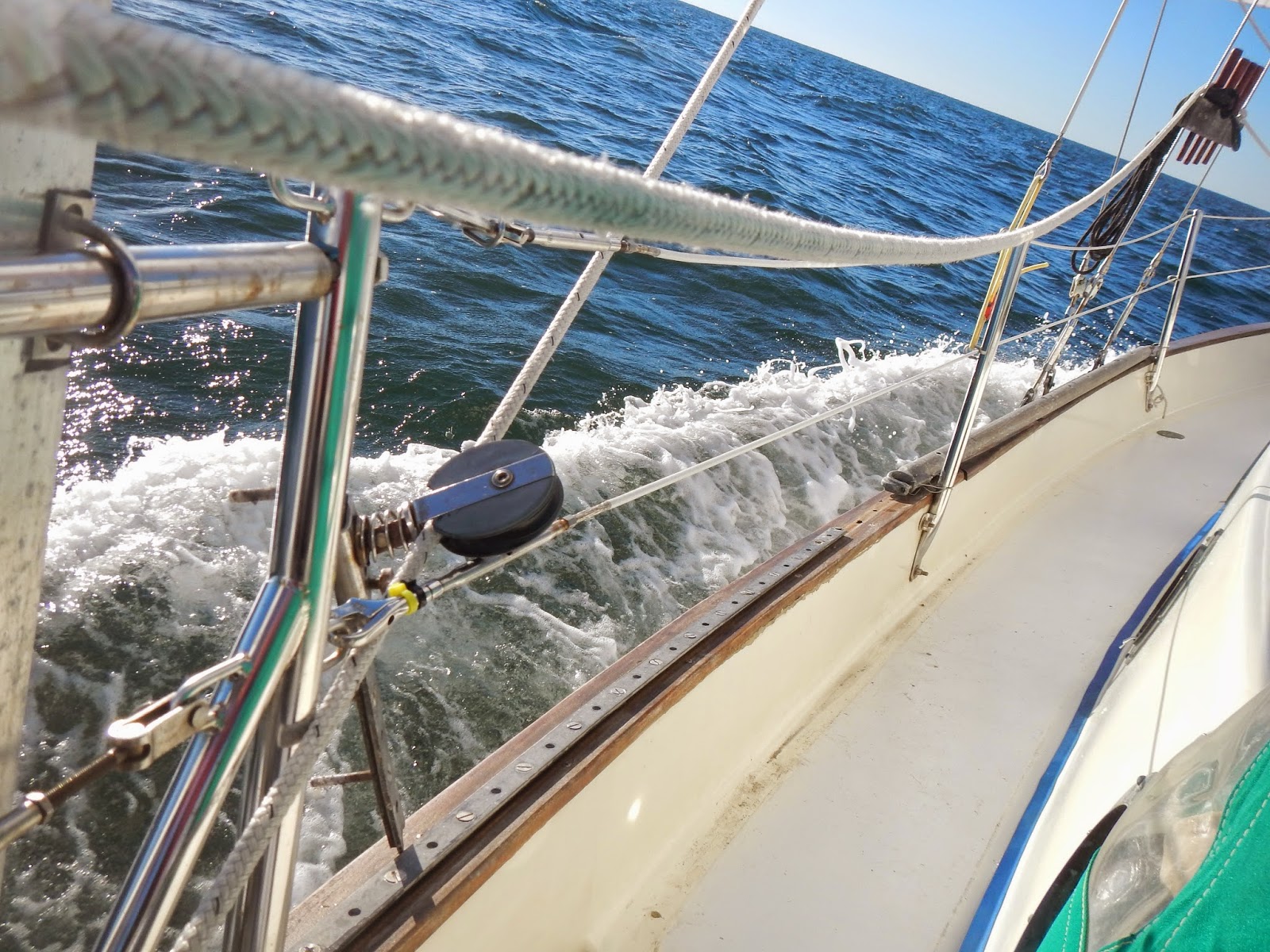 Winds were out of the west which meant I had to point into the wind, whereas yesterday's northwest wind gave me a pleasant downhill run. 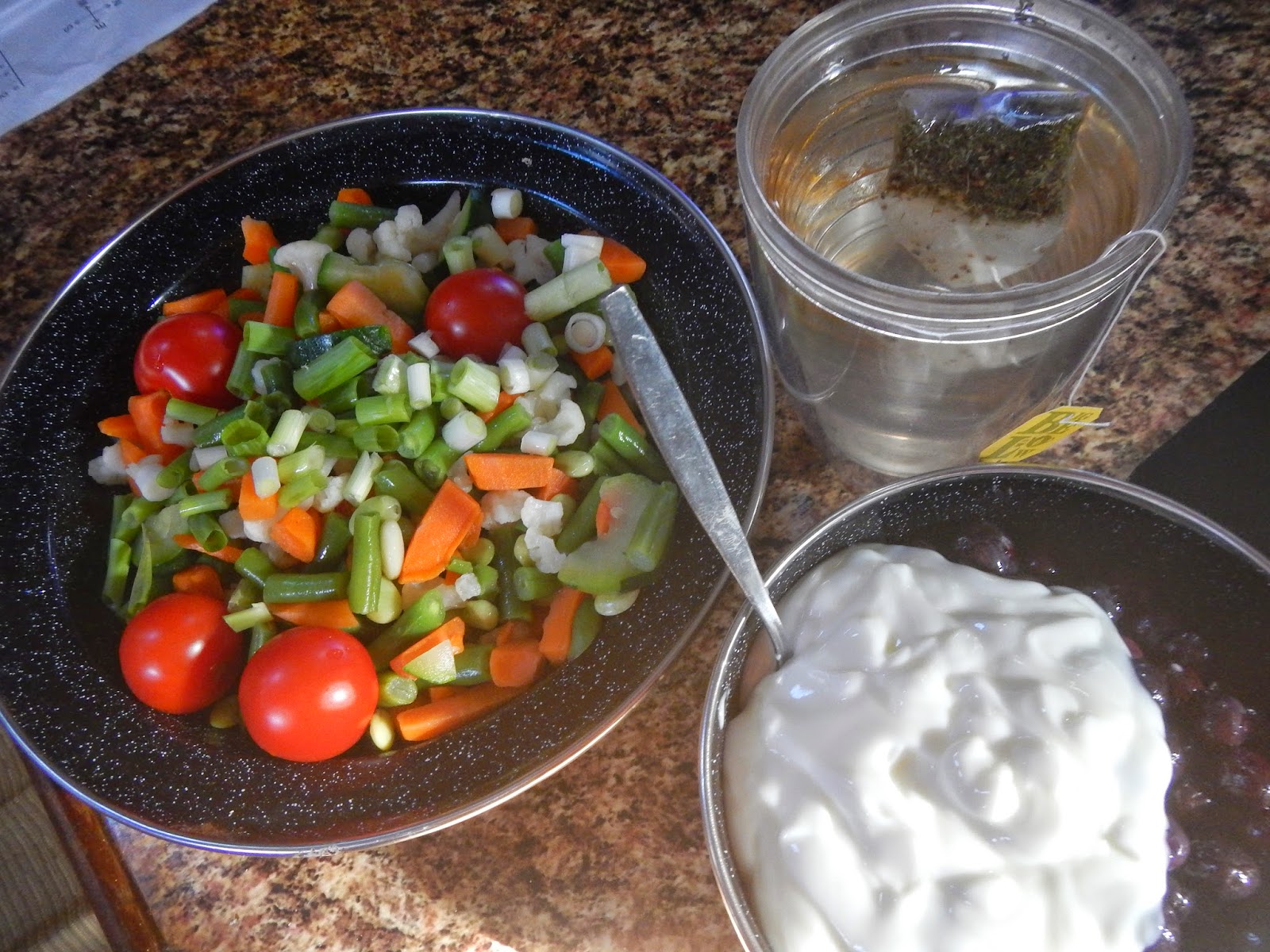