Well it turned out that my hunch of anchoring in a cove on the south side of John Island was the right thing to do. It blew like stink from the north from sunset so I was on anchor watch a lot of the night. Actually I had just half an eye open but my anchor alarm was on all night. 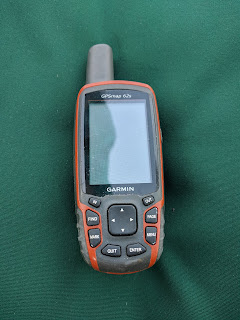 I nearly put my second anchor out but the wind was not meant to be too much and even if I dragged, there were no other boats near me and I would have only headed out of the Bay.  As it was I did drag my 35lb CQR anchor about 100 feet but nothing significant.

I headed east again until noon when the wind died and found myself in the Turnbull Islands. It is very pretty here and I am sharing this beautiful Bay with a lone catamaran. 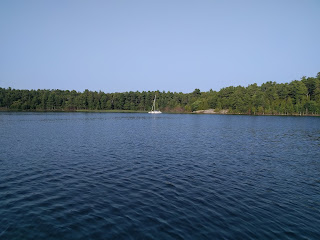 Not sure what I will do tomorrow because the wind is supposed to be light so I might just stay here another day.
Posted by Onapua at 6:40 PM