Today I took the bus south to the other end of the island to take a look at a large city called Basse Terre. 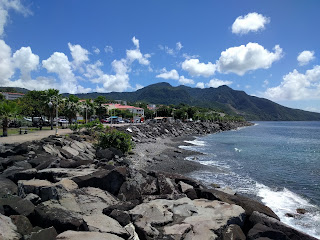 It is a busy city like the only one bigger, Pointe-a-Pitre with highway interchanges, but it is the capital so it has a lot of nice government buildings. 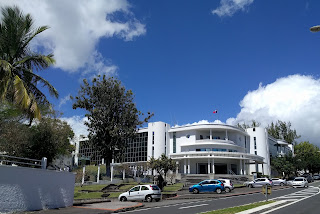 On just about every available space, there is a memorial like this one dedicated to a former statesman Erik Rotin. 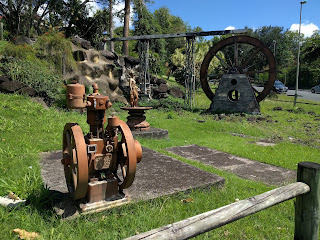 They have no cable here so each habitat is adorned with a satellite dish.

The best part about this place though is unlike Pointe-a-Pitre, it has a HUGE grocery store where I actually found running shoes. 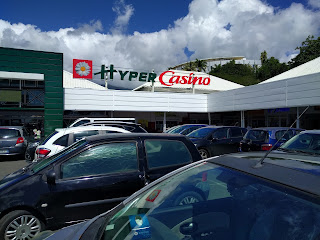 Am I the only one to see the parody in it's name?  It still didn't carry real coffee creamer so I have to become creative like every other Island in the Caribbean. In fact, the only store I have ever found to carry it was one on Dominica. Oh and another great thing was that my tasty $20 lunch also came with decent Wi-Fi. 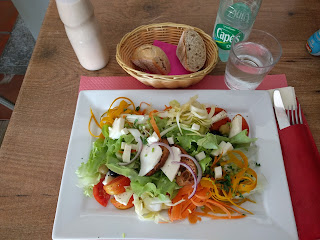 I used to think that Martinique was my favorite island of the Caribbean, but Guadeloupe is growing on me in leaps and bounds.