Catch up 8 - National Hotel of Cuba 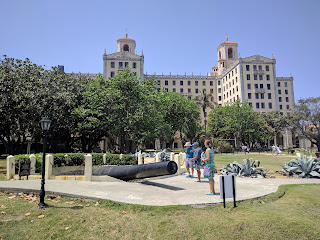 Ok so the place is over run with tourists, but it is beautiful and quite historical. The site on the Malecon dates back to 1797 and the gun you see was used to fire on the USS Montgomery in 1898 during the blockade of the Spanish American war. The hotel was built in 1930 featuring a lavish casino and it was a favorite meeting place for all the rich and famous during Cuba's hey days. 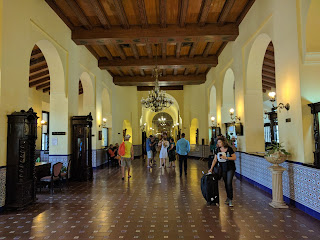 Castro closed it down and it was only reopened after the Soviet Union collapsed and stopped supporting Cuba. 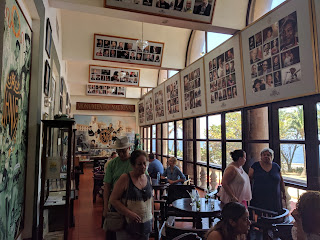 It is full of photos and memorabilia of presidential visits from around the world. 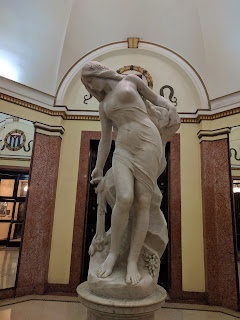 It is the nicest hotel in Cuba and interesting to see how the well to do lived 80 years ago.
Posted by Onapua at 3:18 AM