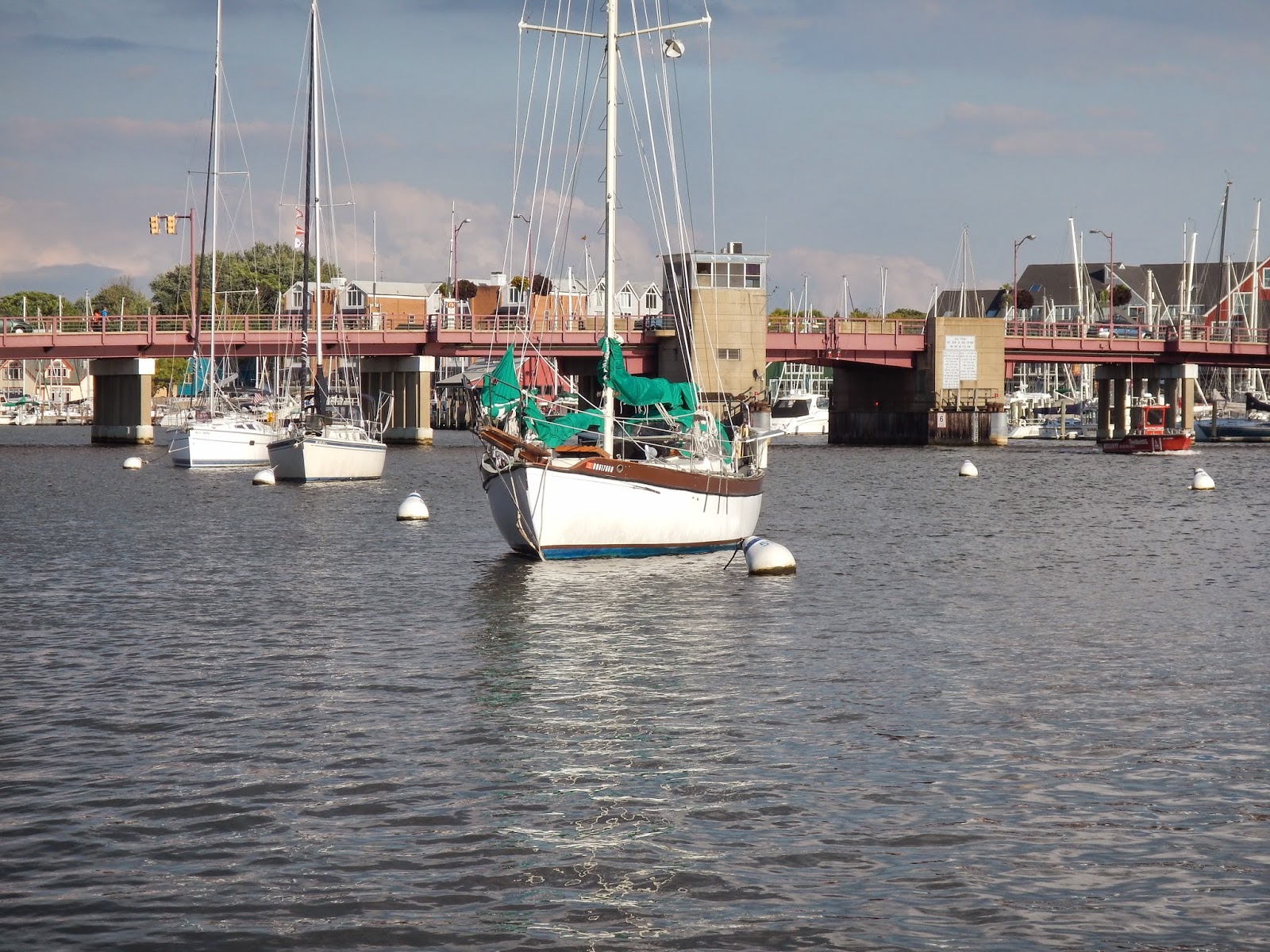 Here is Onapua tucked away in the middle of downtown Annapolis. 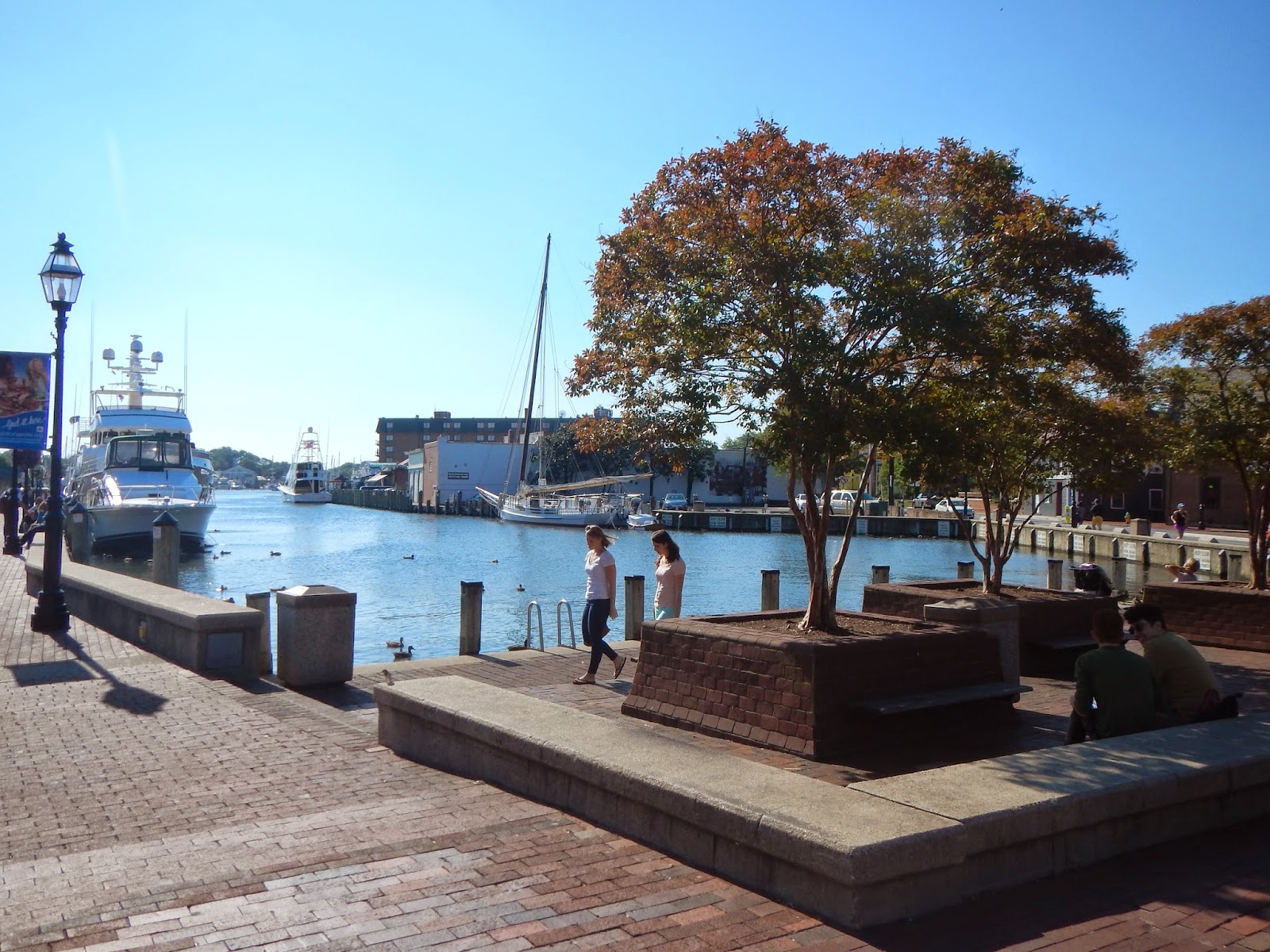 Take a good look at this photo of downtown Annapolis, because in less than a month's time it will be wall to wall people and boats attending the
world's largest sailing boat show. I paid a visit to the infamous boating consignment store called Bacon's and found a couple of things that I had not been able to find elsewhere. 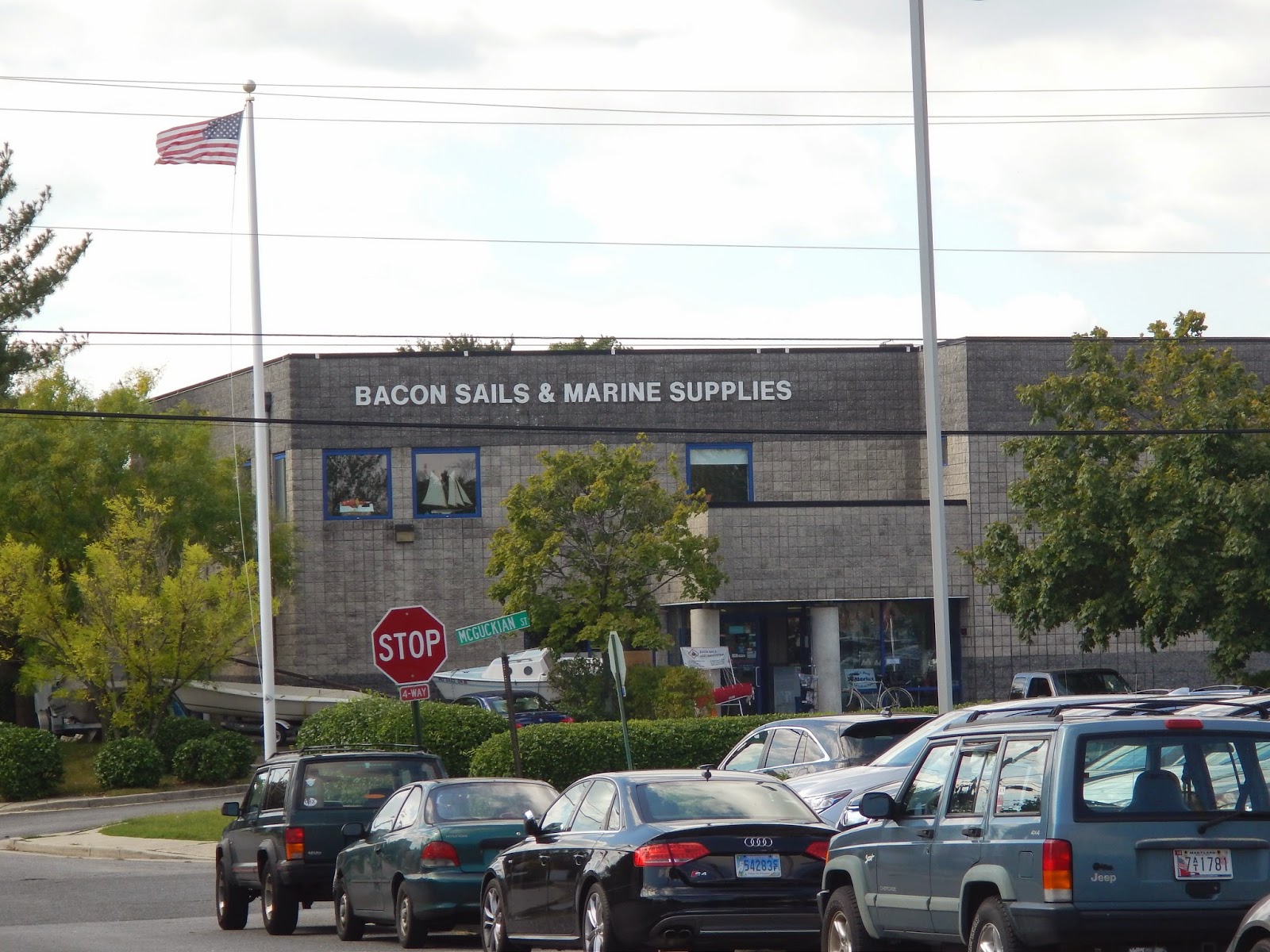 I had been looking for a while for a storm trysail but hadn't had any luck but I found a good one for $350 and now I will be able to get rid of the second mainsail that I have been lugging around. I will have to work out how to remove those rust stains. 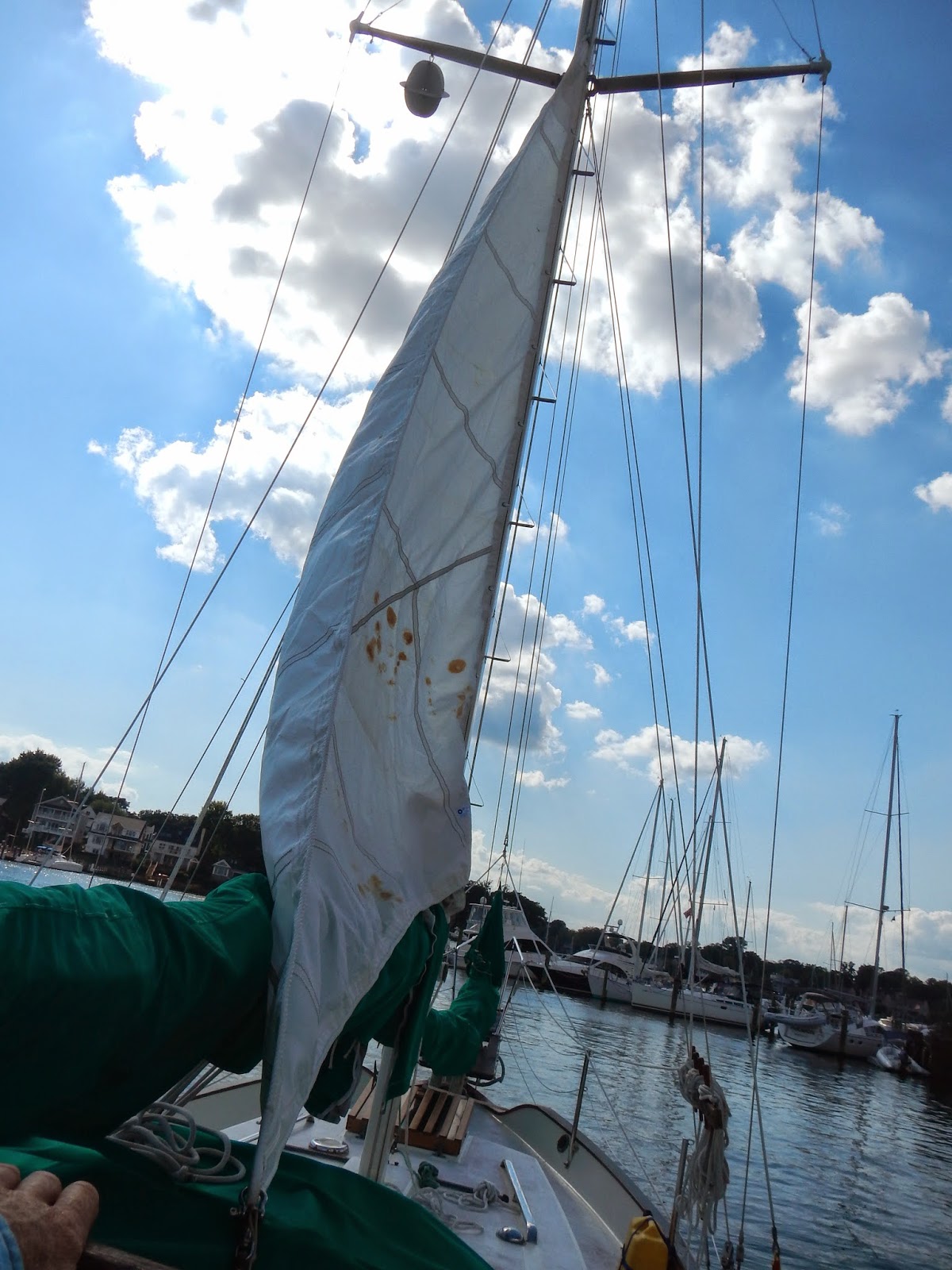 They also sold material to make sail numbers so I bought a yard of it for $17 and tried my best at putting a W32 on my main sail. 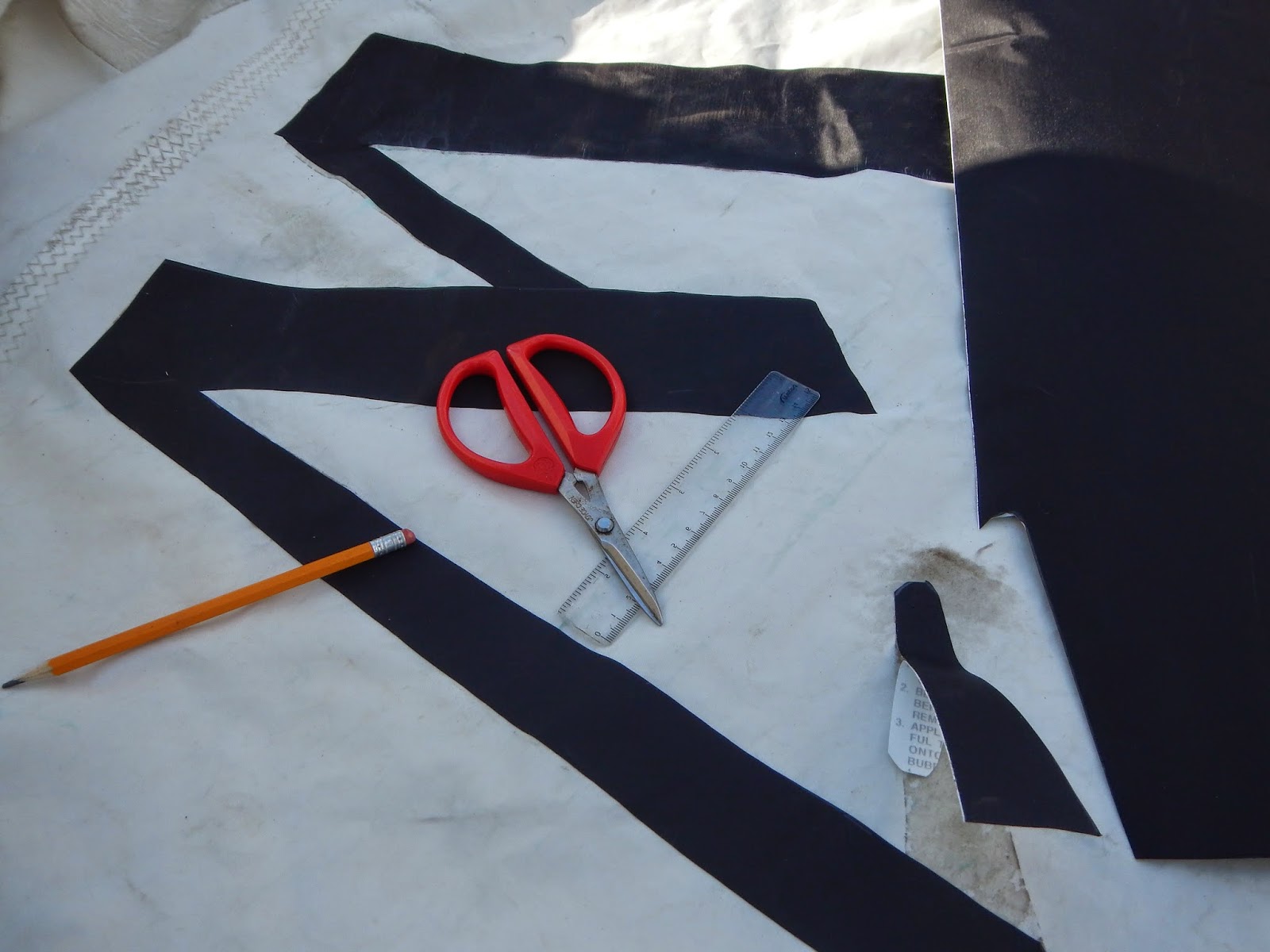 While I was doing boat chores, my starboard dinghy chamber had sprung a leak. 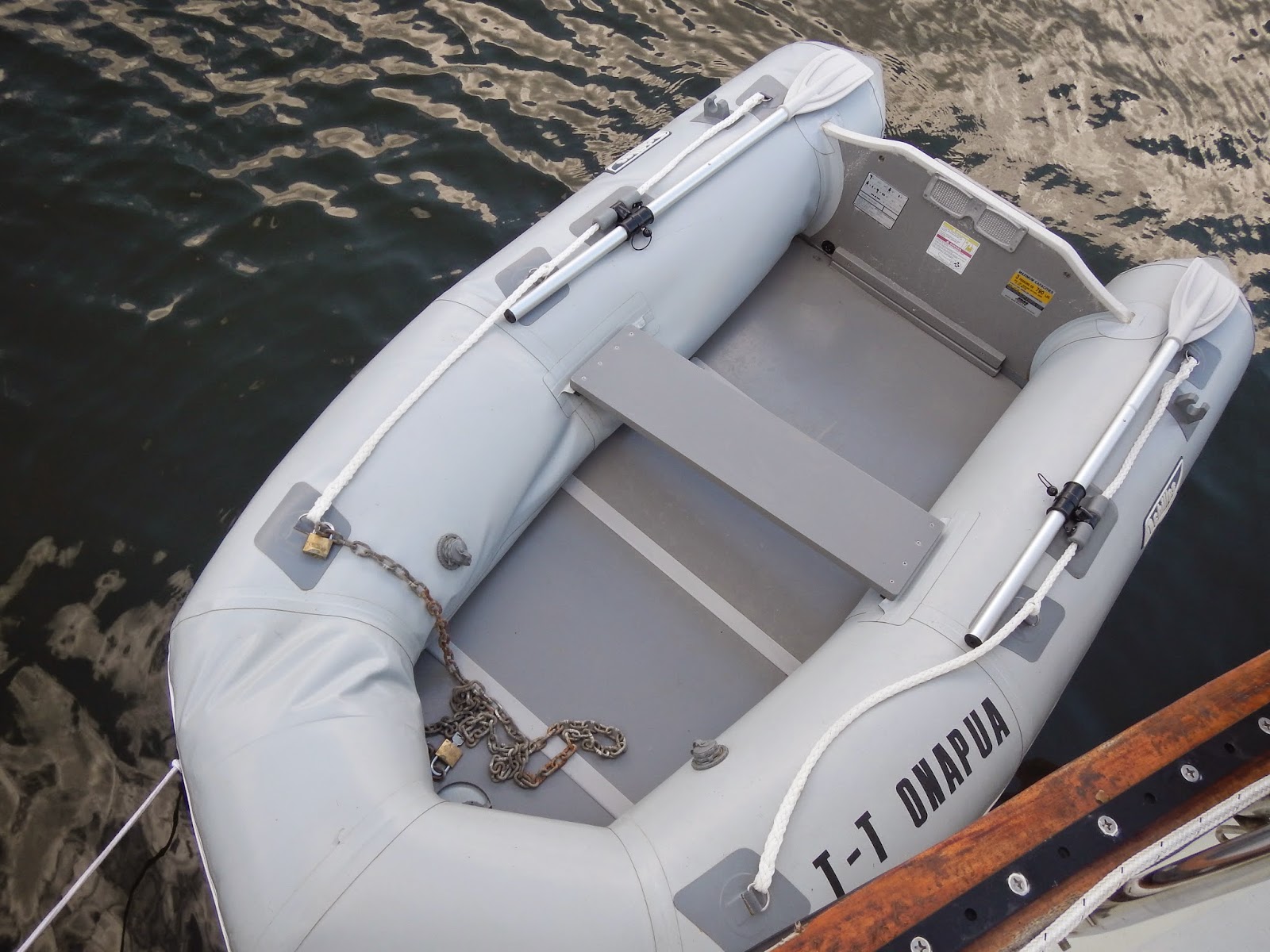 So I painted the chamber with soapy water until I found the culprit. 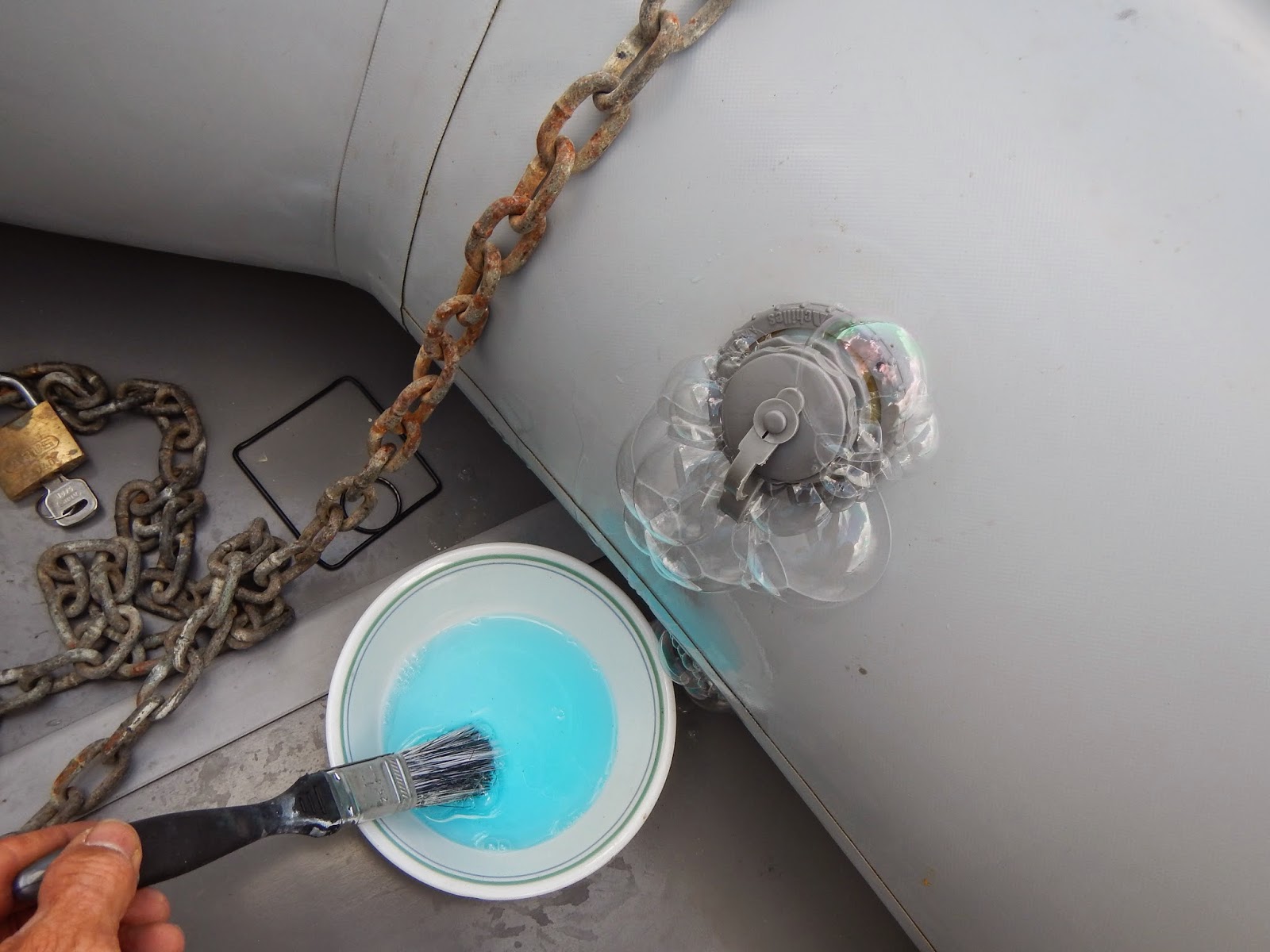 At this point I remembered an "O" ring that I found on deck yesterday. 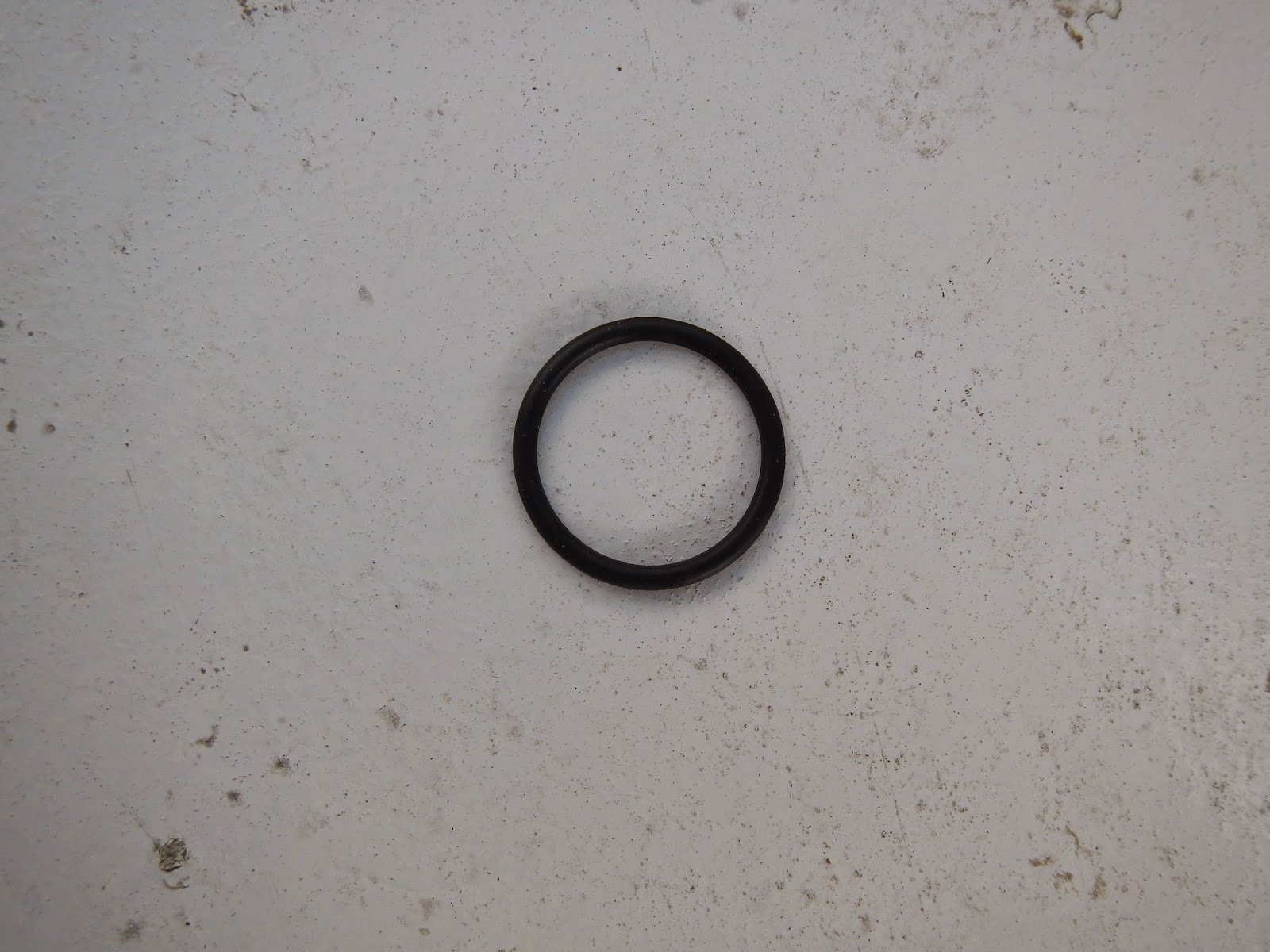 It had gone AWOL when I had deflated the tubes for travelling up yesterday from Solomons. 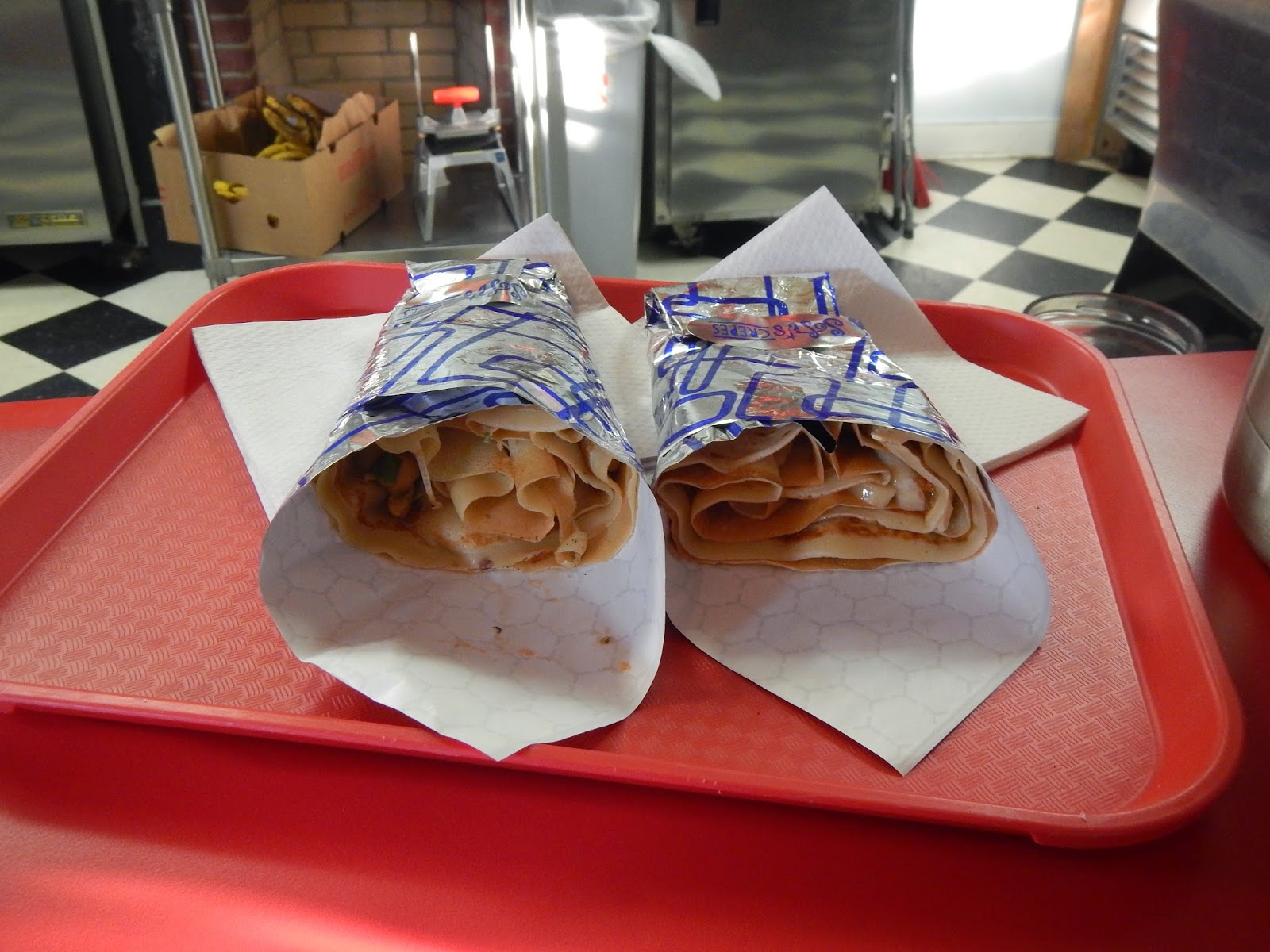 Tonight I cheated for dinner with a veggie crepe and a banana royal for $13. Behind the place where boaters have a showering facility there is a place called Sofi's crepes that has a review rating of 4.6 which is really up there. I have buyer's remorse and should have stuck to my home made avocado salad.