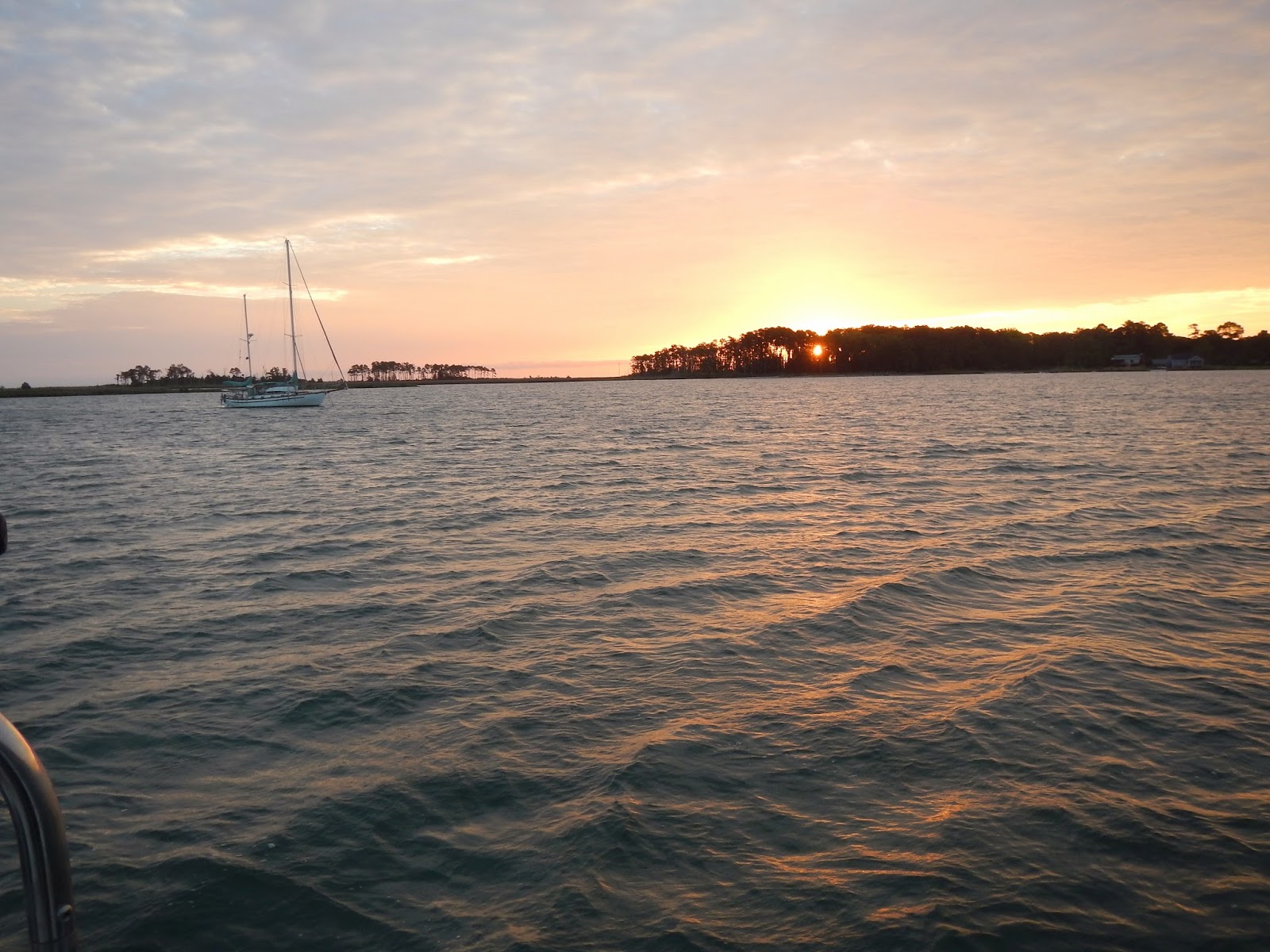 A delightful "little" bay to watch the sun rise along with 6 other cruisers like myself. Two of them had already left before I managed to raise my mainsail to sail out of the bay. For the first four hours, I sailed wind on wing. 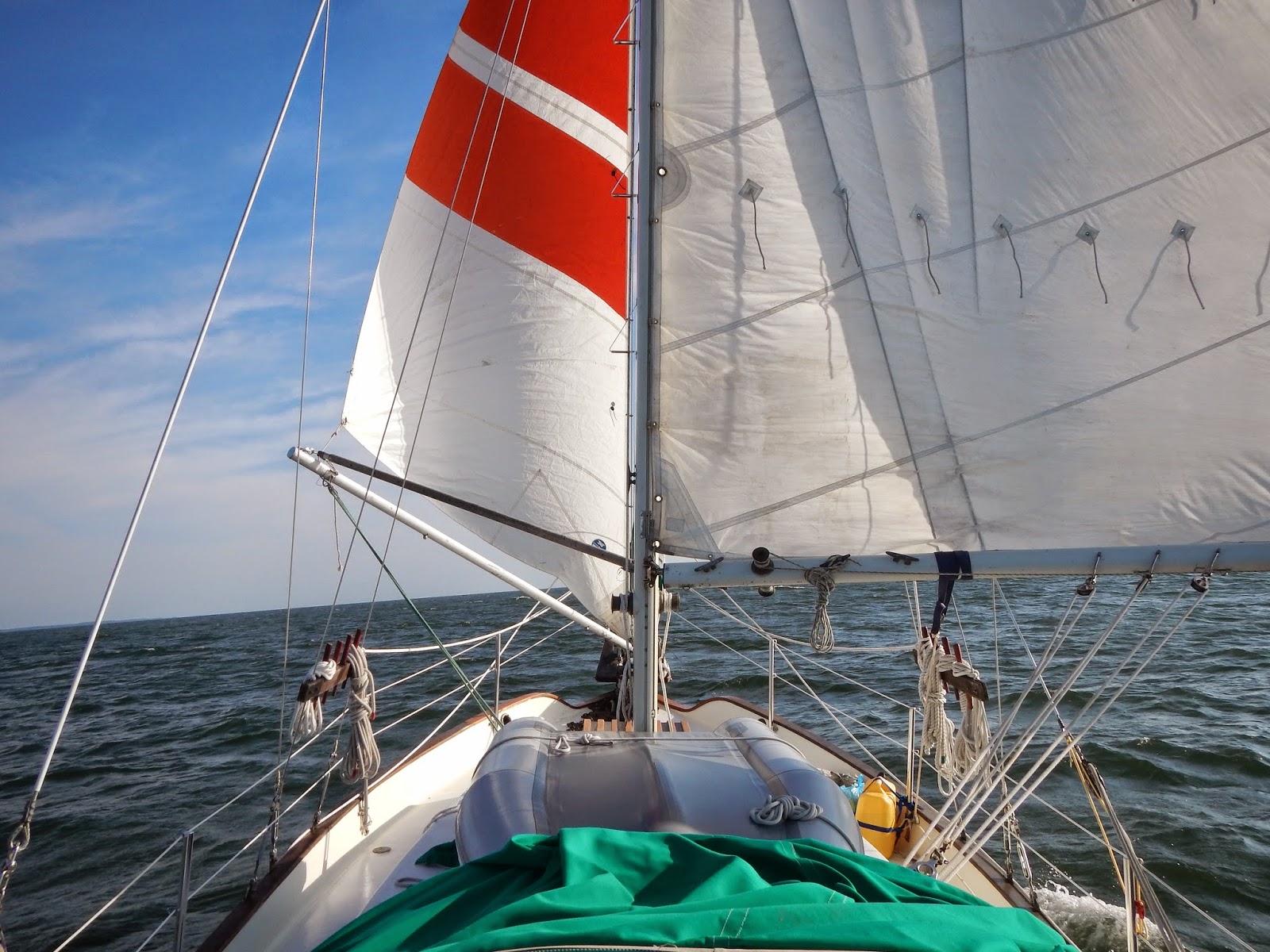 As a single hander, it is hard to manage a foresail as well, so I did without my genoa and I was getting a very respectable 5 to 6 knots anyway. I used my monitor windvane most of the day and that thing rocks. At times I was reaching at over 7 knots and the windvane took it in stride steering like a champ. 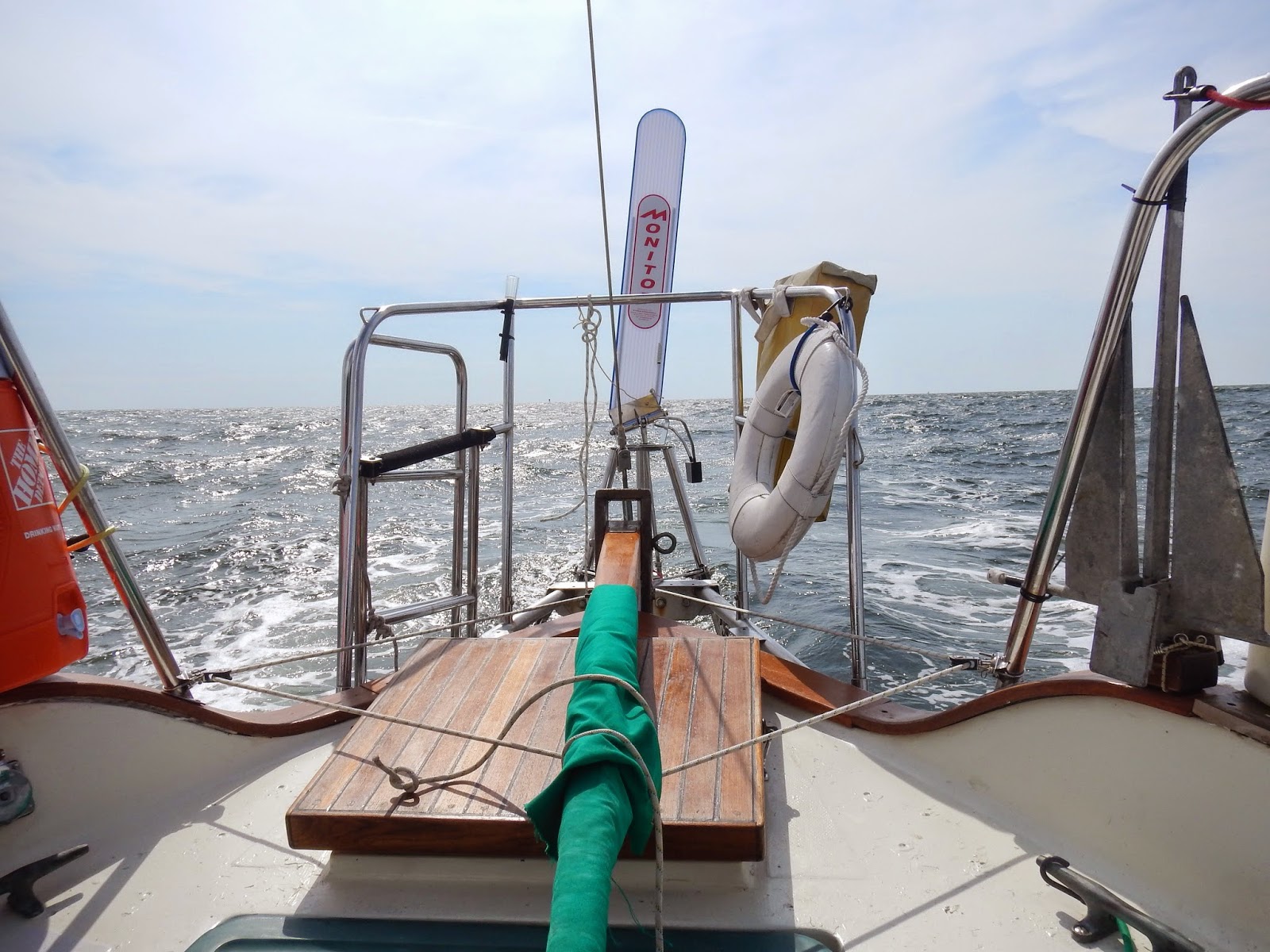 It baffles me to understand how it works steering the boat with that paddle at the top dancing to a strange cadence, but work is does and thank goodness because there is no way that my autopilot could have coped with the strong 25 knot wind gusts I got and hand steering gets a bit tiring if it goes on too long.
I got to view another couple of those strange looking lighthouses like the Wolf Trap Lighthouse that I saw yesterday. The first one is called the Smith Point Light. 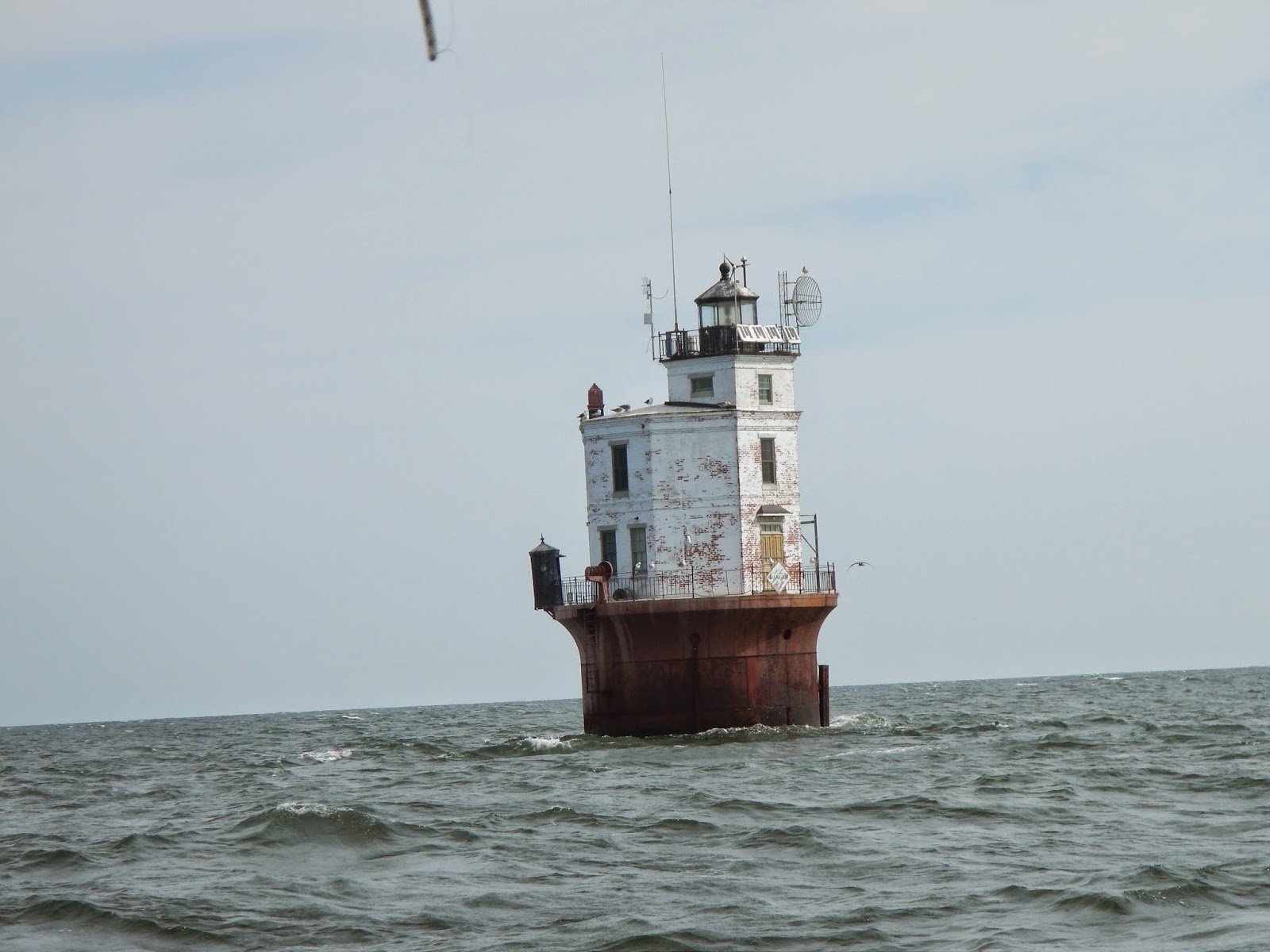 The original one was built in 1802 and the one you see here is the 3rd structure. In 2005 Smith Point Light went up for auction under the National Historic Lighthouse Preservation Act, and was purchased for $170,000 by David McNally, a builder from Winona, Minnesota.
The second one was Point No Point Lighthouse. 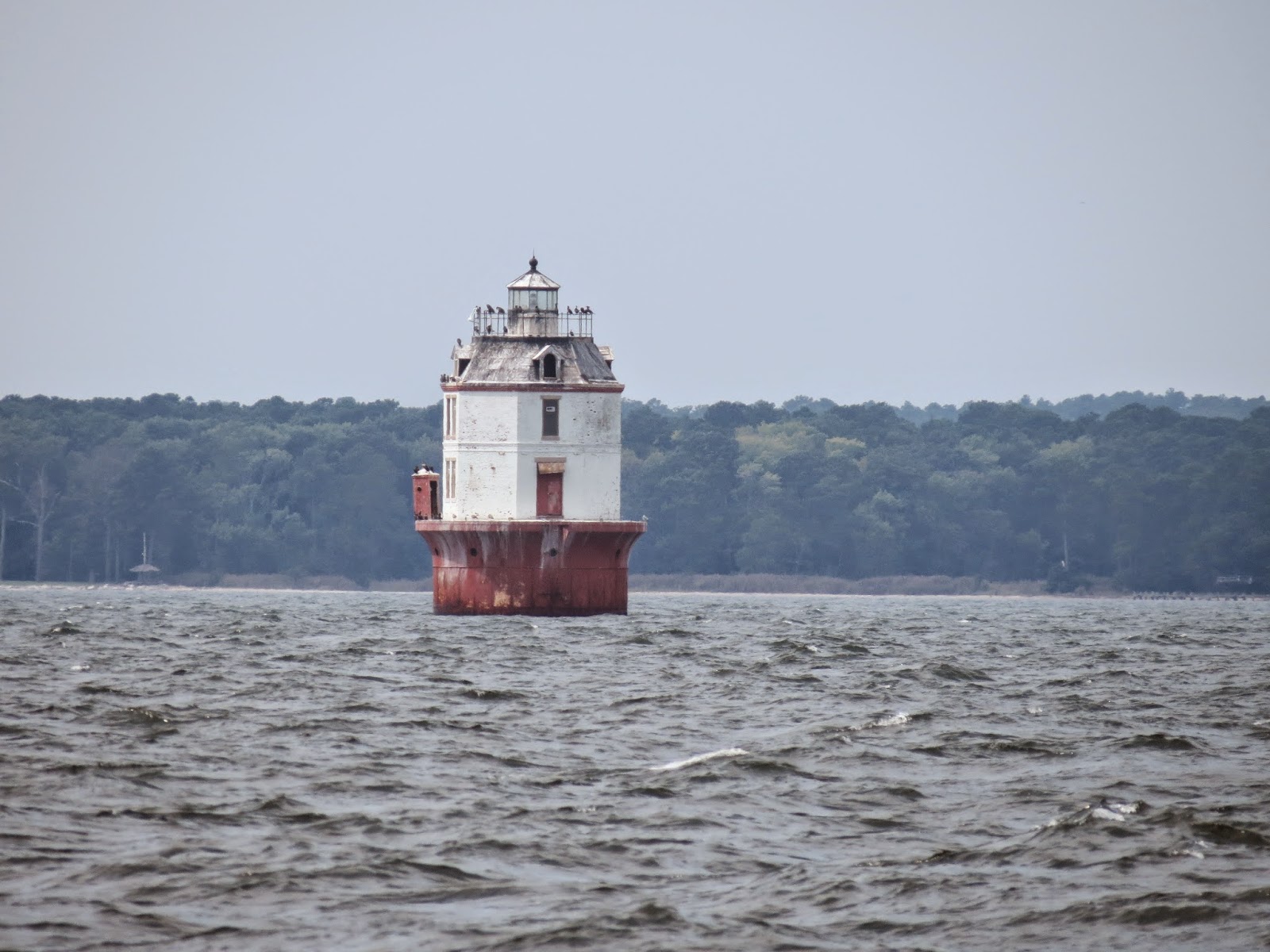 No one wanted it when it went up for auction in 2007.
As you enter Solomons up the Patuxent River, the noise is considerable from a  slew of naval aircraft landing at the Cedar Point Naval Station. 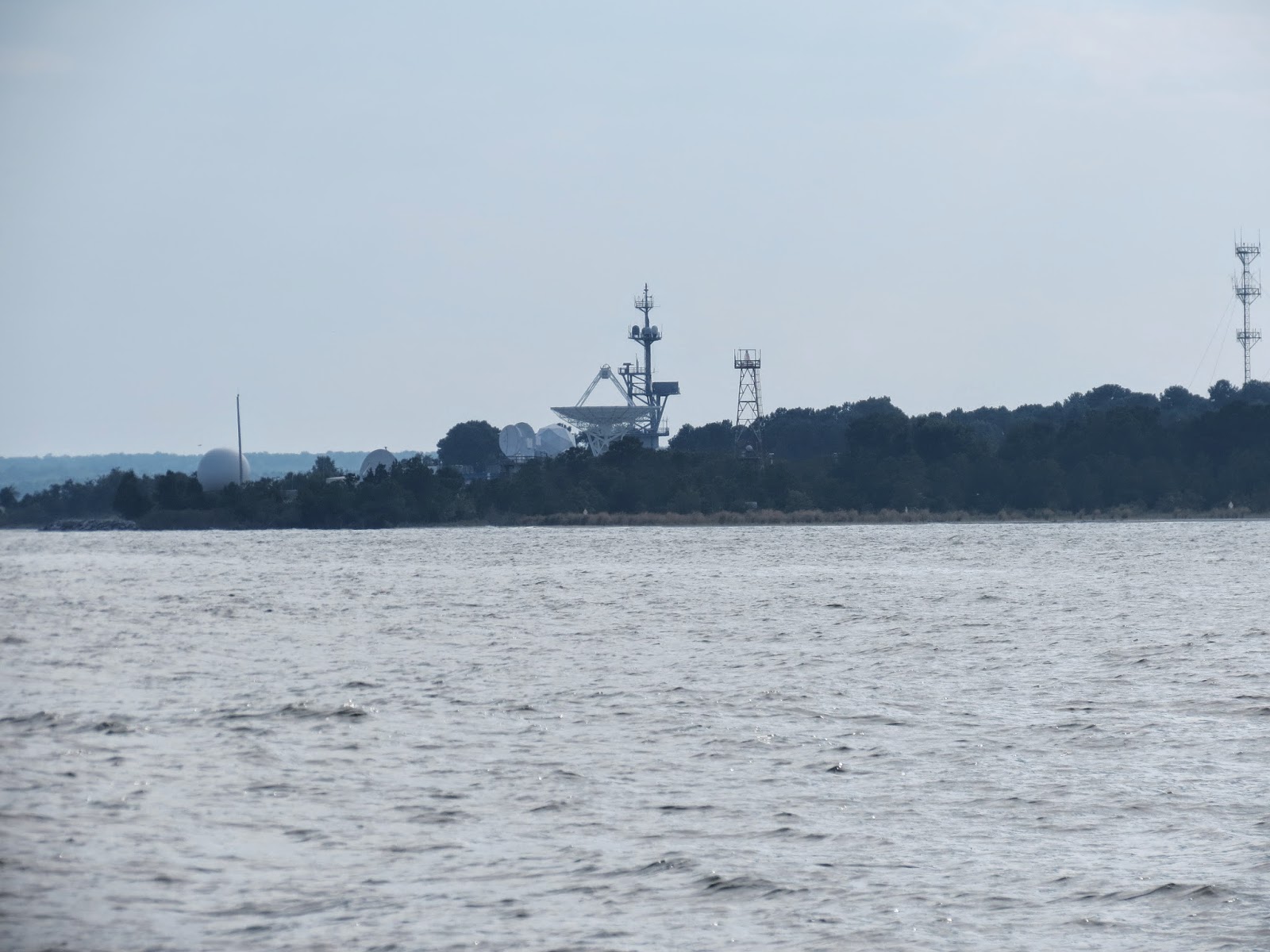 So here am I tucked away in luxury amongst 8 thousand other sailboats, freshly showered with a full tummy from a delightful restaurant called Stony's, looking forward to a good nights rest! 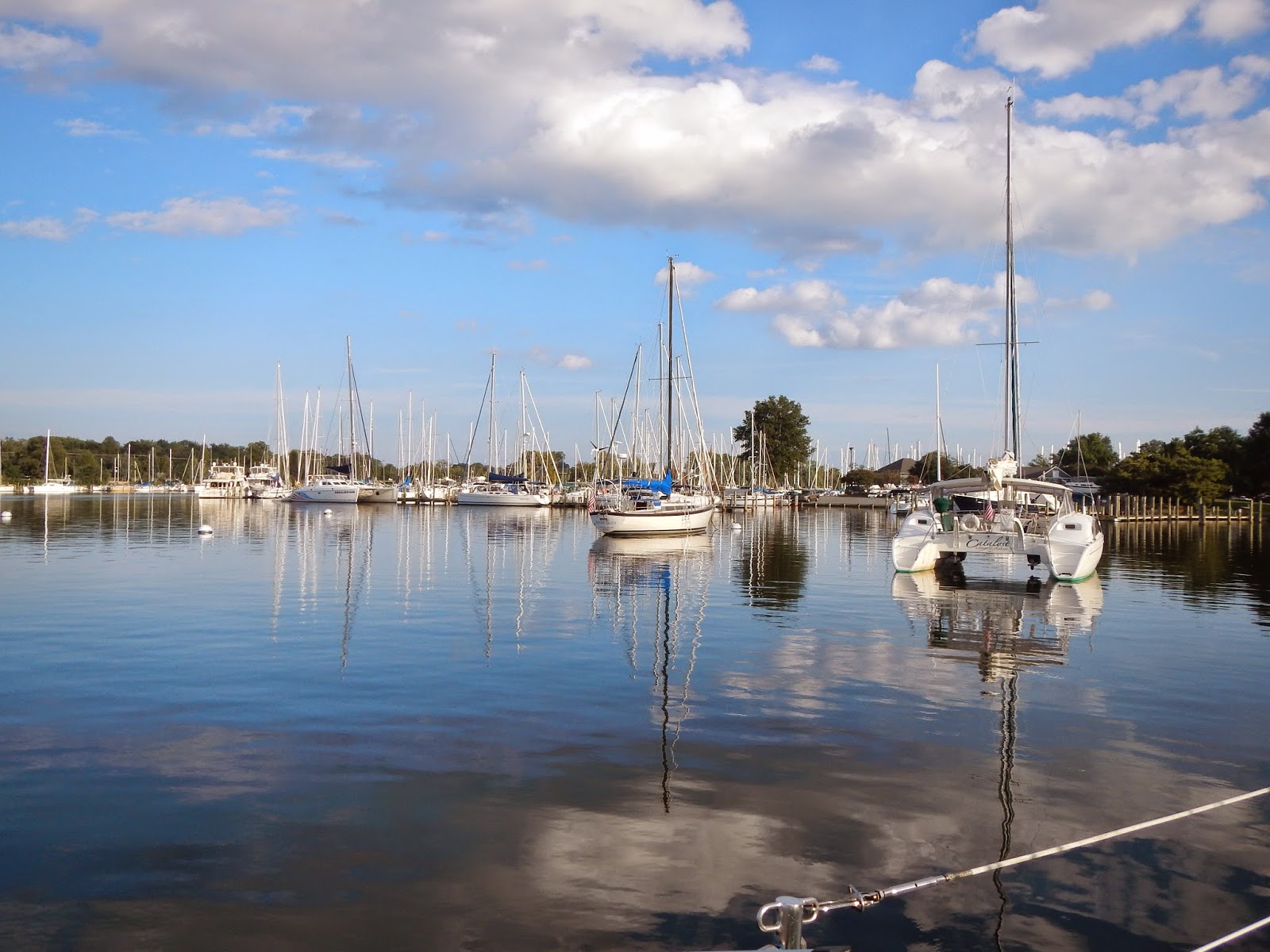