Today, I joined friends on s/v Yolo and Persistence to rent a car and do some touring of the island. First stop going north from Ste. Anne was Habitation Clemente in Le Francois, where they have a rum distillery. 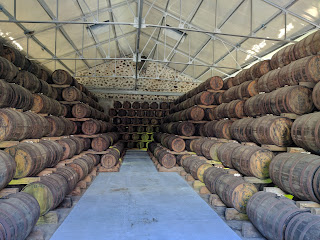 And also some neat artistic displays in beautifully manicured gardens next to their sugar cane fields. 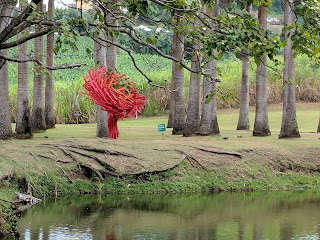 Of course there was the compulsory detour to the tasting room at the end of the tour. 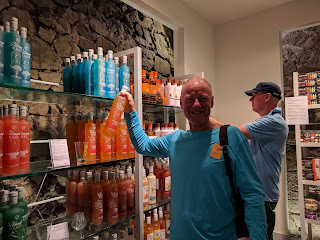 Next stop was a lovely protected bay by the city of Le Robert with Pete, Tammy, Donna and Mark. 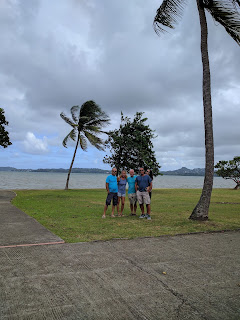 Just north, a long peninsula called Presqu Ile de la Caravels sticks out into the Atlantic and here we stopped at a patisserie in Tartane for an expresso. 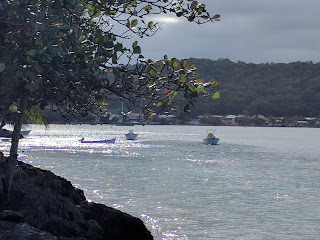 Finally out to point Chandelier, where the waves crashing against the rocks are spectacular. 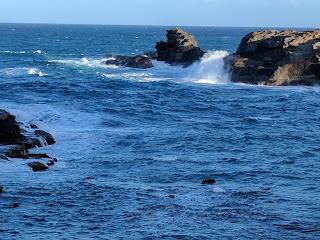 Tomorrow we hope to travel up the west coast to visit the fort in the city of Fort de France and also climb Mount Pelee that erupted in 1902 and killed 30,000 people.
Posted by Onapua at 6:14 AM