Most owners who care about their outboard motors seem to put covers on them and I had thought about using an old T-shirt but didn't like the look. I've seen fancy neoprene covers for sale but they are not available here in Dominica, so I set about making my own with left over material from other projects. 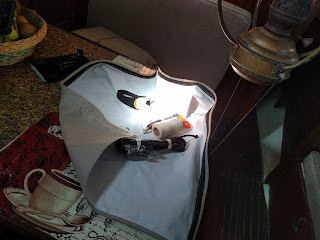 I had some material left over from when I covered my diesel jugs that had a hem in it. 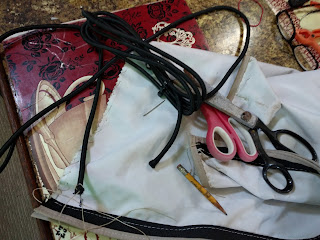 I had kayak bungy cord from Walmart that I threaded through this hem with a pencil that had a hole in the end for the thread. 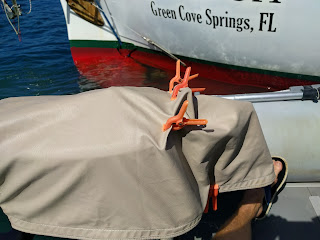 It took a couple of hours all up and I like the fact that it looks a little unprofessional in the end so it doesn't become a target for thieves. 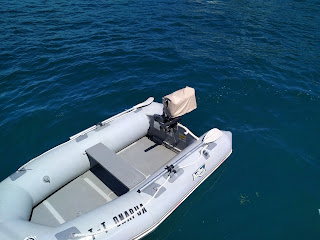 I am about to leave Dominica for Le Saintes just 20 miles north of here in light south winds that are going to be great to try out my new to me spinnaker. These islands are part of Guadalupe which in turn is a French territory so I am looking forward to experiencing the European lifestyle again for a couple of weeks. As always, you can track me at