Today I wanted to travel to the southern most town on the island so I first caught a bus to Castries and then across the center of the island to the east coast. 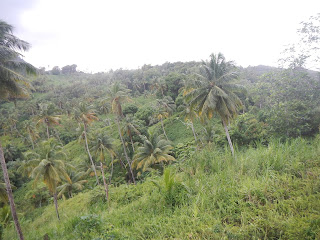 The middle of St Lucia is very hilly, lush and reportedly full of snakes. 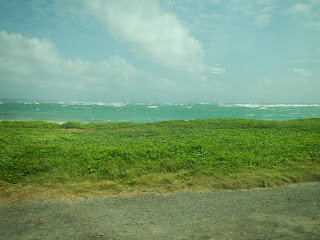 The east coast faces the constant trade winds so it is windy, less populated and has fewer tourist attractions than the west coast.  These winds help planes land and takeoff though and with the only real flat land on the island next to Vieux Fort, it makes for the ideal location for the Hewanorra International Airport. 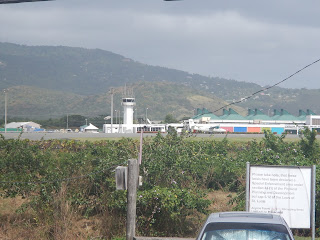 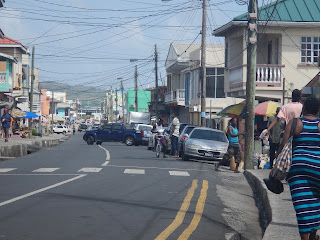 Most of the trade is done on the street by these small business owners selling locally sourced produce. 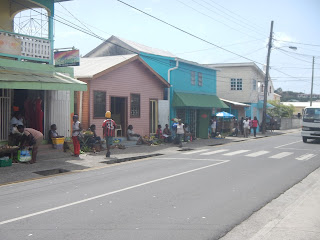 There is a new Plaza in town however with a good sized supermarket. 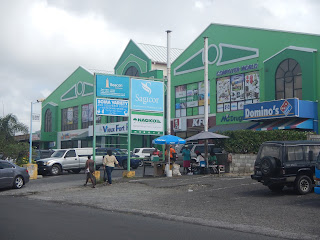 Here is the park in the center of town called Independence Square. 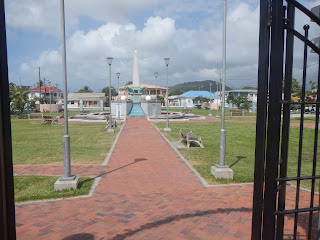 Opposite St Paul's Church which surprise, surprise is an Anglican Church. BTW, this is also known as the Church of England or Episcopalian. 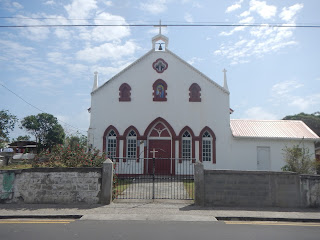 Even though the town lies right on the water's edge, there is not much of a waterfront. 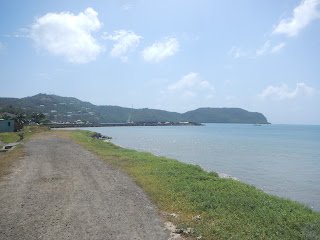