I had heard about a neat beach on the west coast called Bathsheba and resolved to visit there. I was on my way to the bus station when a friendly taxi driver named Steve struck up a conversation with me. 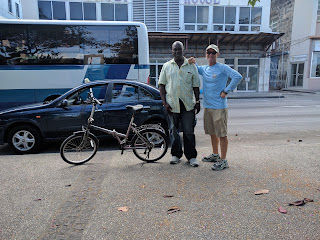 He offered to take me and my bike there and back for $40 so I agreed. On the way there we discovered what Barbadians do on Sunday when everything is closed. They are mad keen on 2 sports here, soccer and cricket and any reputable barfly will know how the Chelsea football club is doing. Even the immigration official, checking me out of the country was following the Bangladesh vs NZ game in Hamilton! 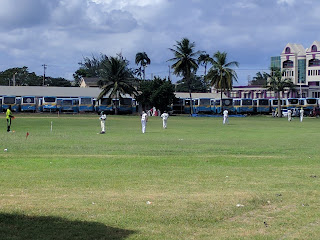 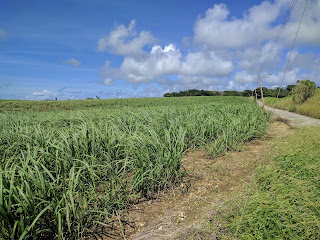 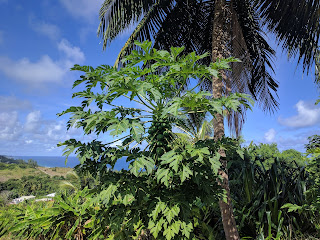 And lots of breadfruit trees. 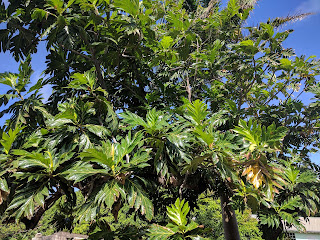 Bathsheba was an awesome beach and we stopped for lunch over the road at a bar where Mick Jagger had been in 1973. 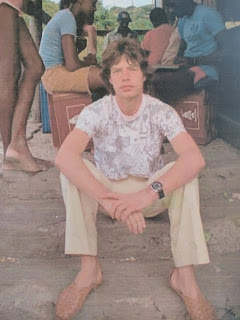 My shoes were worn out after all my walking so I had a street cobbler repair them for $10. 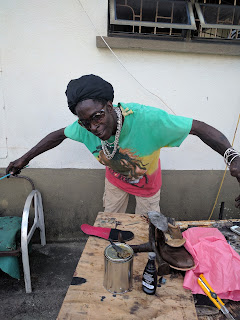 OK so here are some photos of the beach that I had travelled so far to see. 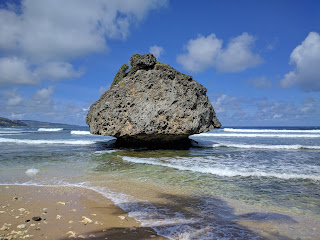 The rocks had all worn away at the bottom. 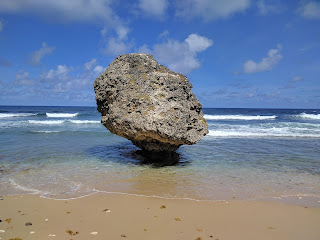 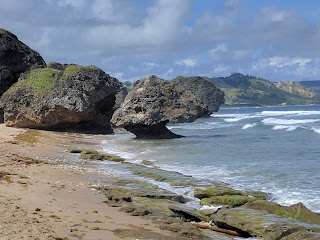 So as I mentioned above, I have checked out of the country. Next stop St Lucia, and Marigot Bay specifically which is turning out to be a logistics nightmare. I was going to go to Rodney Bay but it is out of the way and not where all the action is, but I will move there if need be. I am a bit apprehensive about visiting St Lucia because of security concerns. I really want to see the country, but only if I can do it safely. People there are desperately poor and a combination of a drug problem, access to guns, and an ineffective police force, has meant that cruiser's are sometimes robbed or shot at gunpoint. There are specific things that I want to see there. There are gros and petit pitons, which are huge mountains near a big city called Soufriere near the SW side of the 23 mile long, 12 mile wide island. Not only are there security concerns, but getting around can be challenging. I got a a $160US quote for visiting the Pitons by taxi from Marigot Bay, mainly because of the very hilly terrain. Ouch! Besides the mountains to climb, there are sulphur springs, bat caves as well as the city to see. Three miles north of where I will be staying is the capital city, Castries, which again is a cesspool of crime and violence. At this point you might be saying to yourself, why bother? Well the fact is that St Lucia, has some very interesting history. Both France and England swapped ownership, 14 times with battles centered oftentimes over slavery. So I will see. I am going there with an open mind. If I can get around safely and see the country, not as a tourist, but through the eyes of a local, I will be happy. If not, I will move on.
Posted by Onapua at 5:47 AM