The prospect of getting foreign health care

The thought of going to a doctor in a strange place gives me the jitters. Ever since falling in the surf a couple of days ago, my right ear has had sand in it. I tried irrigation to no avail so I thought about seeing a doctor. I looked up the United Nation country ranking, and it turns out that Barbados has a fairly good health care system. More importantly, where I may be going to next, Grenada, does not. 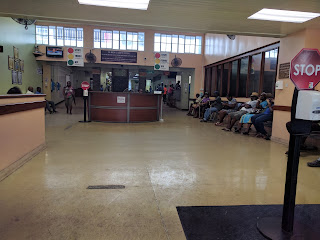 So I resolved to check it out. The main hospital, Queen Elizabeth, looked respectable enough, and the information desk referred me to accident and emergency. 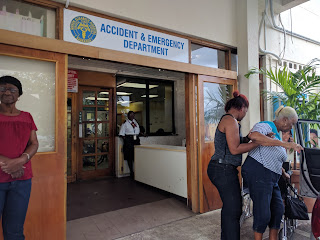 I signed in and took a seat in the waiting room. 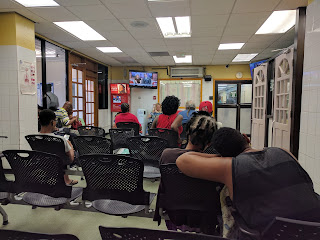 Not five minutes later, I was being interviewed and told to take a seat again. So far so good. I don't like the idea of sitting around with a bunch of sick people. After another five minutes I was seen by a nurse who checked my blood pressure, pulse and temperature, all of which was normal and told me that she was fast tracking me to the Winston Scott clinic just up the road. As it would happen, on the way there, I got a flat tire when my bike wheel got caught in a metal grate. 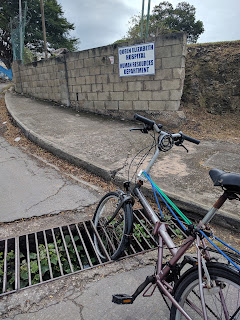 Why on earth would anyone in their right mind design a grate that is parallel to the road? Grrr! 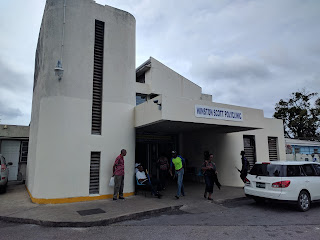 Anyway, where was I? Ok......Things at this point, were going downhill fast. I stood at a window that was labeled "Emergency" where 2 ladies in front of me had been waiting for nearly an hour. 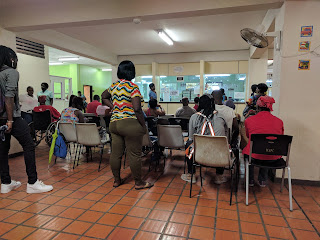 After about 20 minutes however, I had my details entered yet again and a nurse saw me and had me sit in a waiting room. I must say that everybody was very nice despite the wait. Now I wouldn't want to have a heart attack here but they probably have a different system for that anyway. About 10 minutes later, a nurse saw me and squirted multiple syringes of water into my ear and look at all the sand that came out! 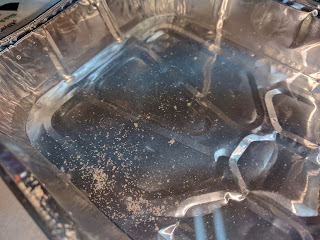 I can hear clearly again! Wahoo! All up about 2 hours. What a great experience and it didn't cost me one cent! Can you believe that? Bottom line is that you need not be concerned about getting medical help in a foreign country. Barbados is the best!
Posted by Onapua at 6:29 AM