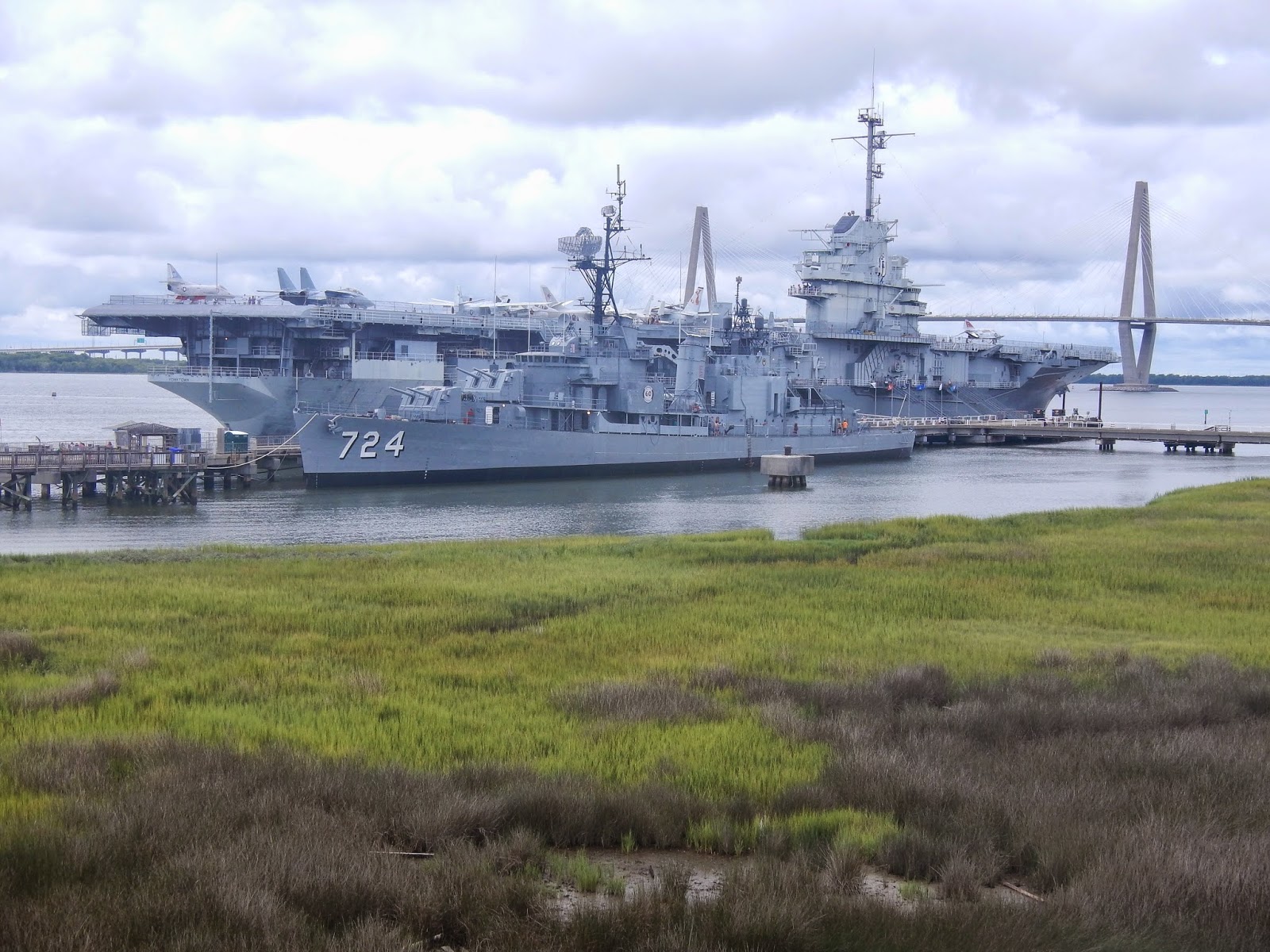 The big thing to visit when you come here is the USS Yorktown which saw action from World War II through to the Korean War. There is the aircraft carrier, a battleship and  a submarine too if you are not too vertically challenged. The city figured in civil war history with Fort Sumter easy to see out in the harbor sporting of course the American flag prominently among others. 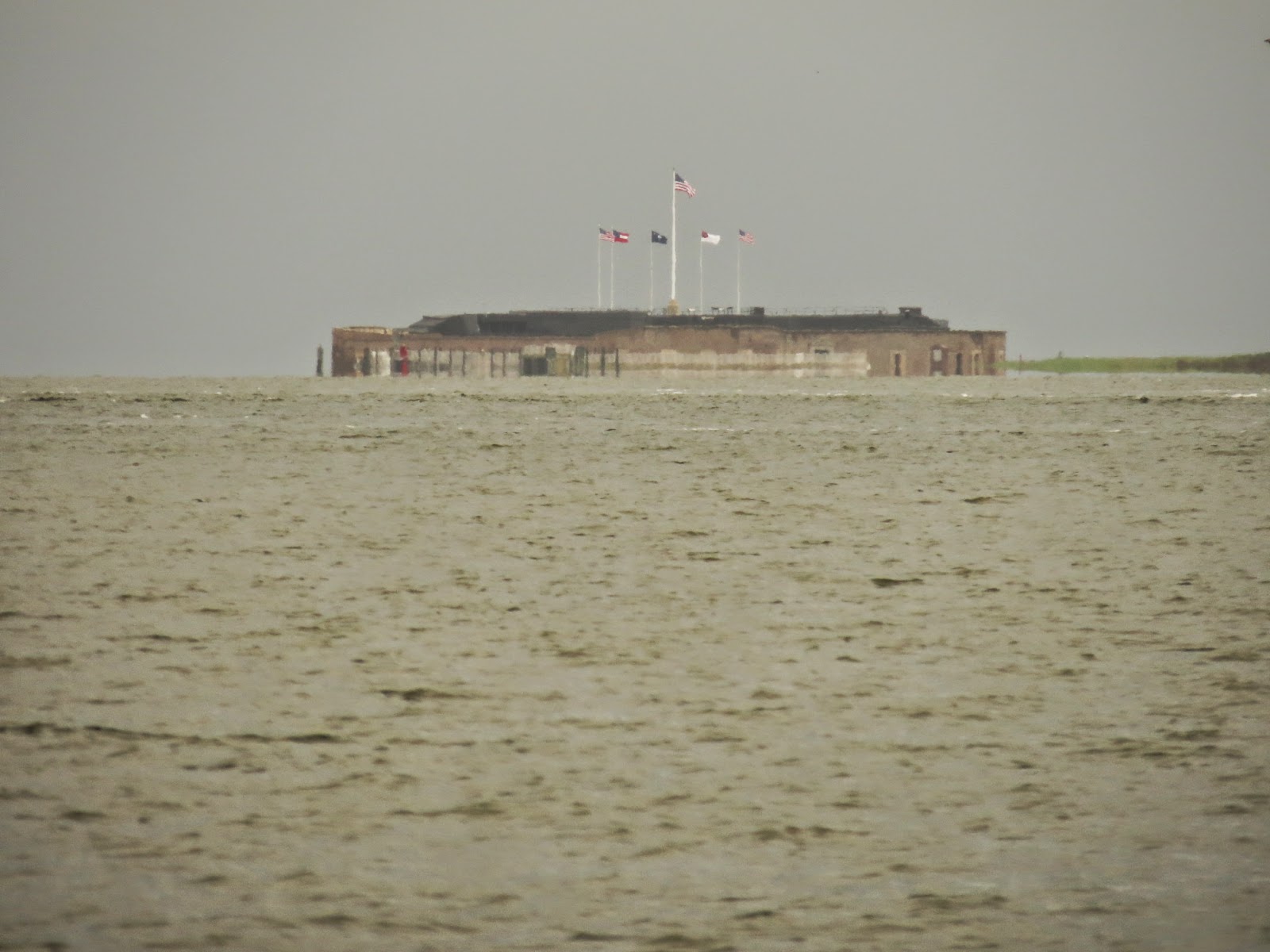 Known as the site upon which the shots that started the American Civil War were fired, it is actually harder to see from downtown than it's neighbor, Castle Pinckney. 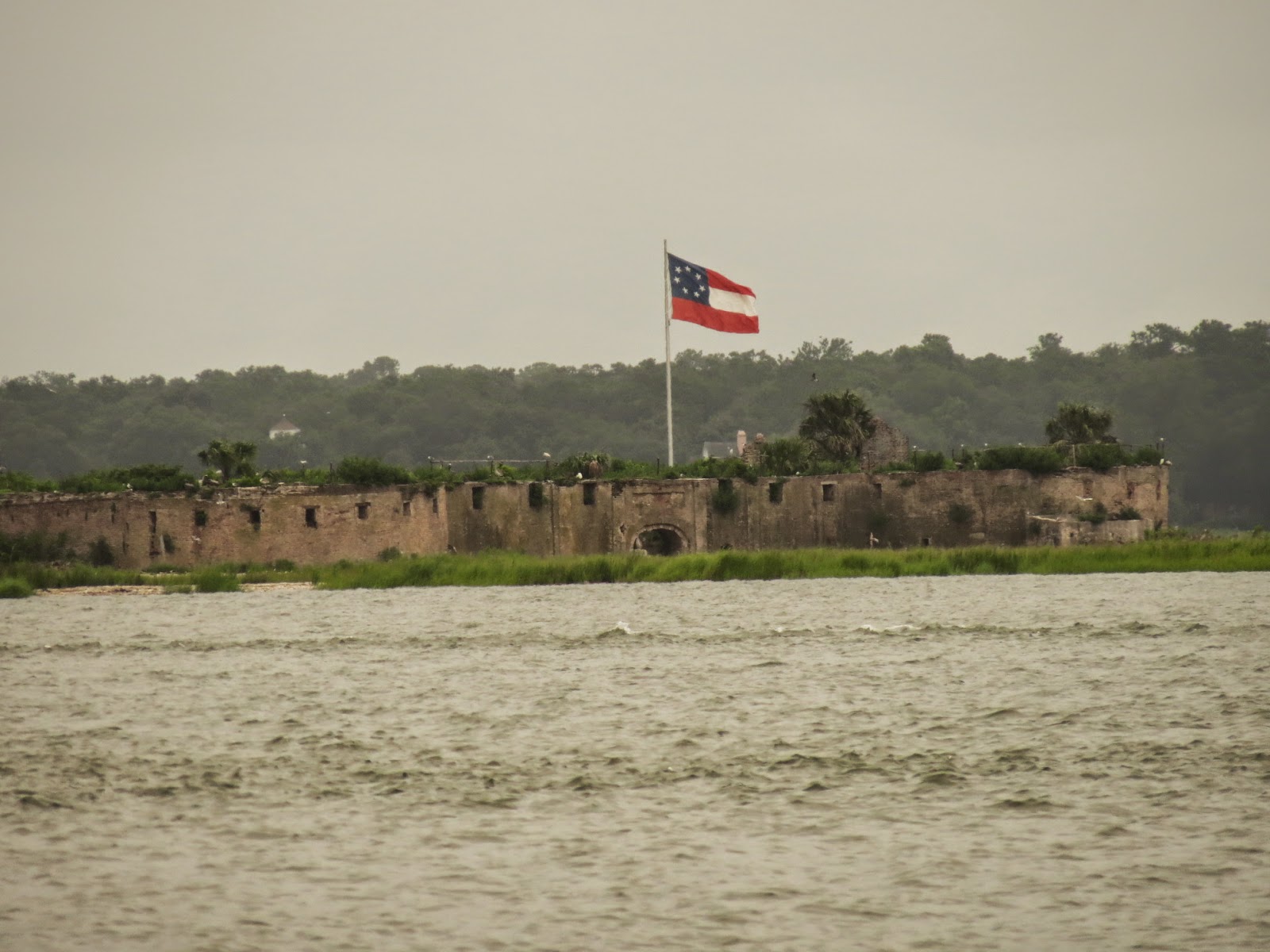 Notice the flag.  It was used very briefly as a prisoner-of-war camp (six weeks) and artillery position during the American Civil War.  This is what my neighbor thinks of it......... 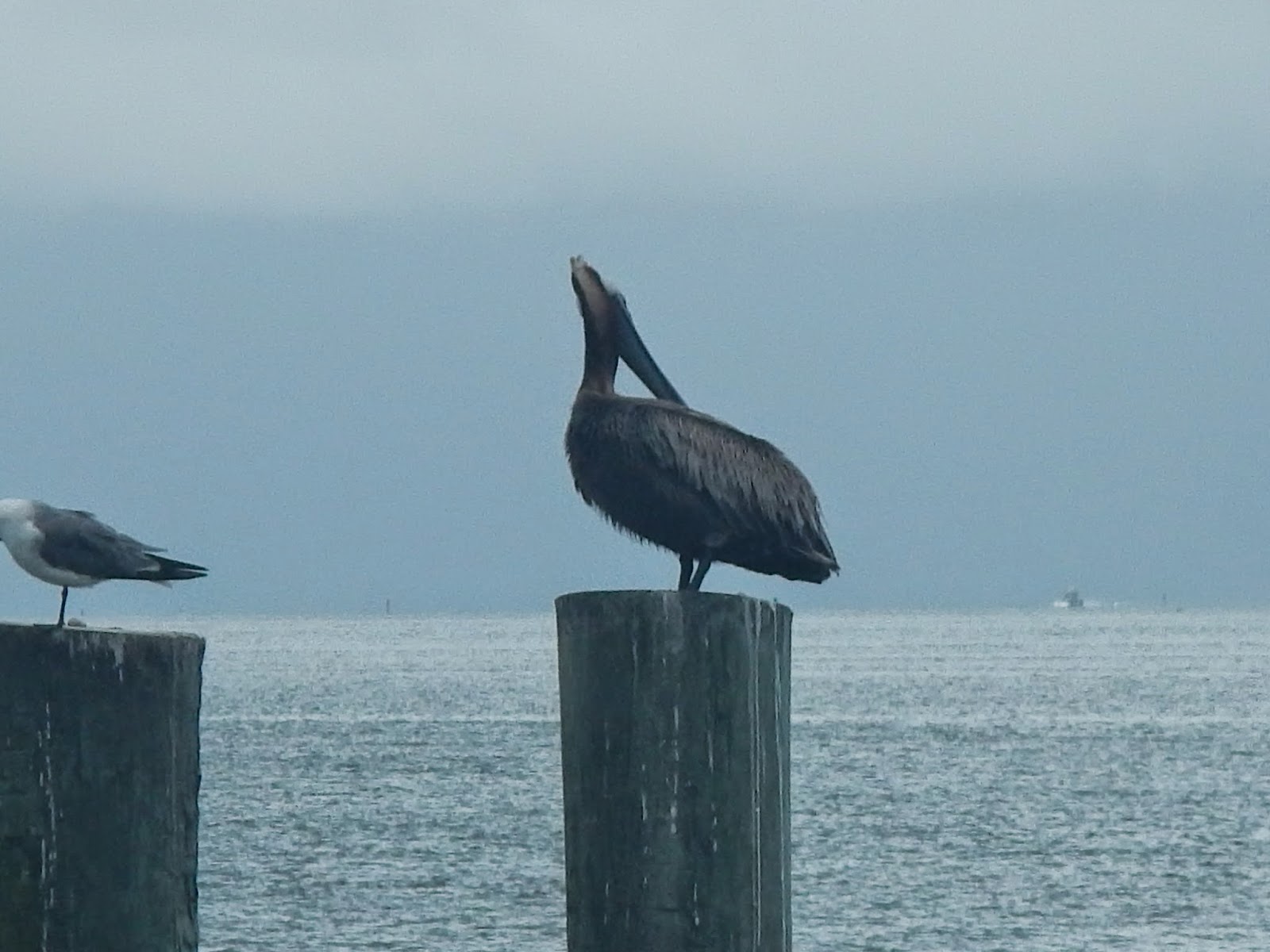 The downtown skyline  is actually dominated by the First Scots Presbyterian Church, even though the Presbyterians only make up 5% of the population here. Southern Baptist weigh in at nearly  half of course. 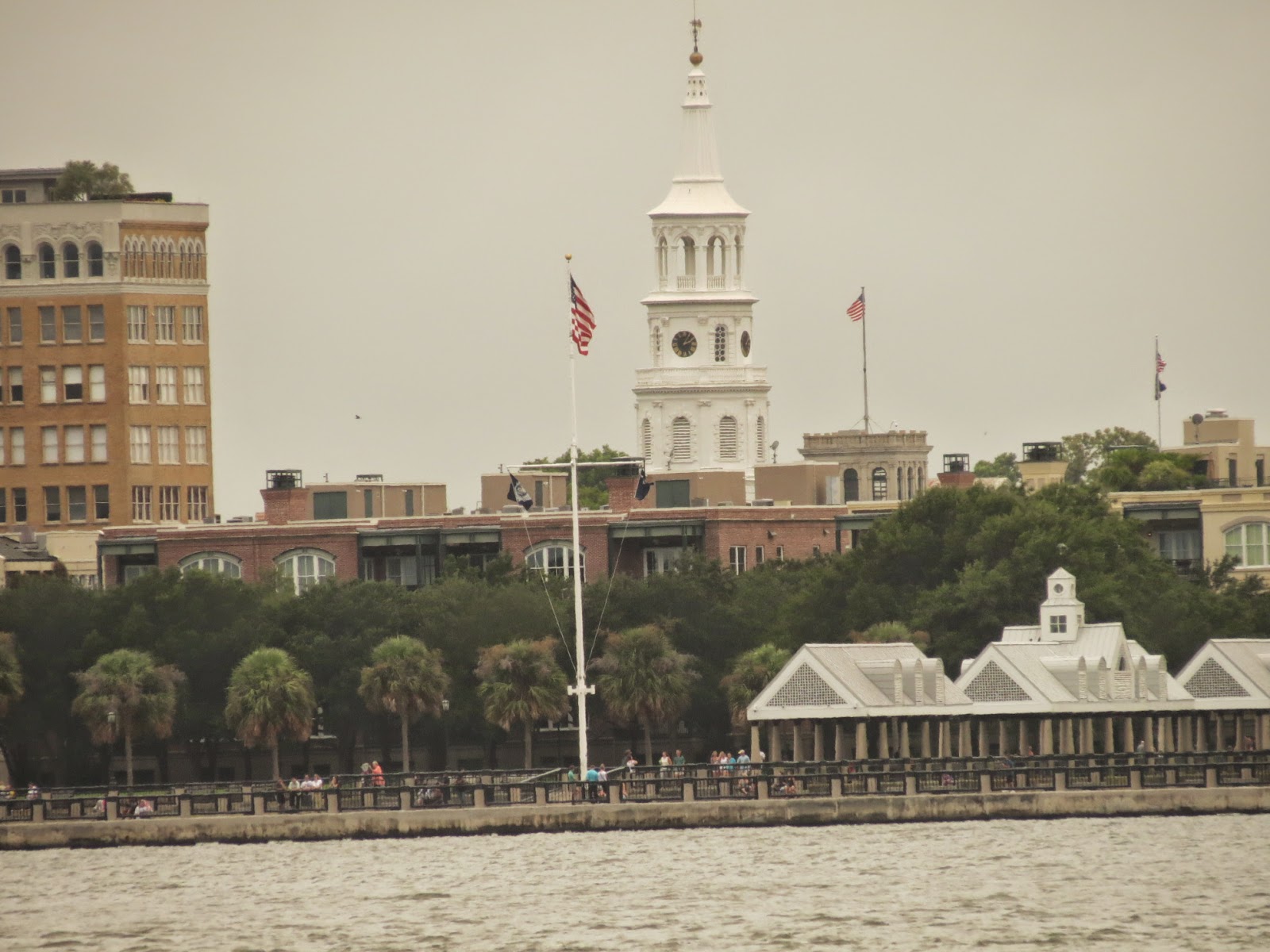 Tourists were visiting in droves to see the aquarium when I was there, with little else to do here on a rainy day. 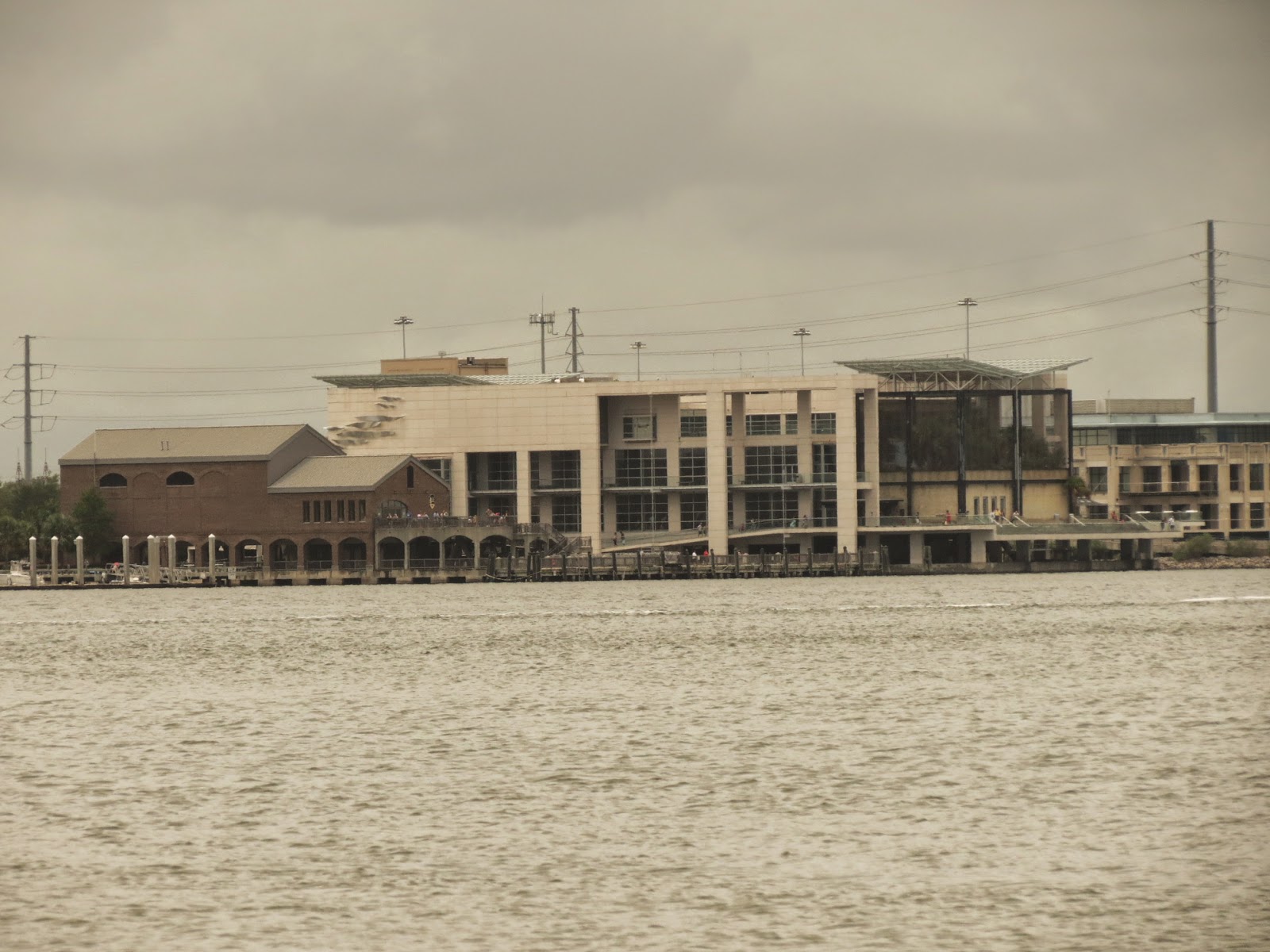