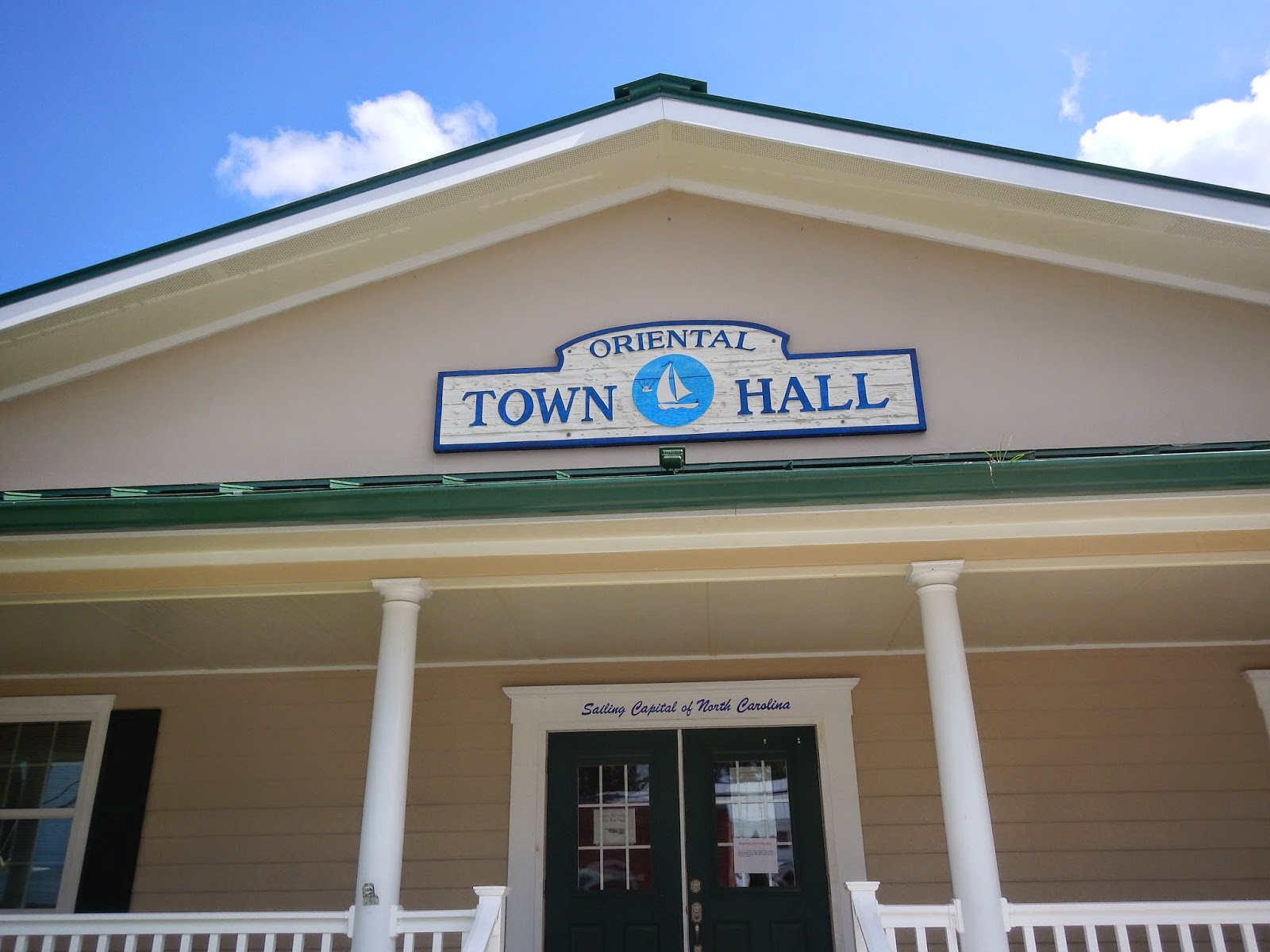 This place is no more than what could be described as a retirement village for sailors. Quaint as all get out. Lots of boats and maritime stuff out in front yards. 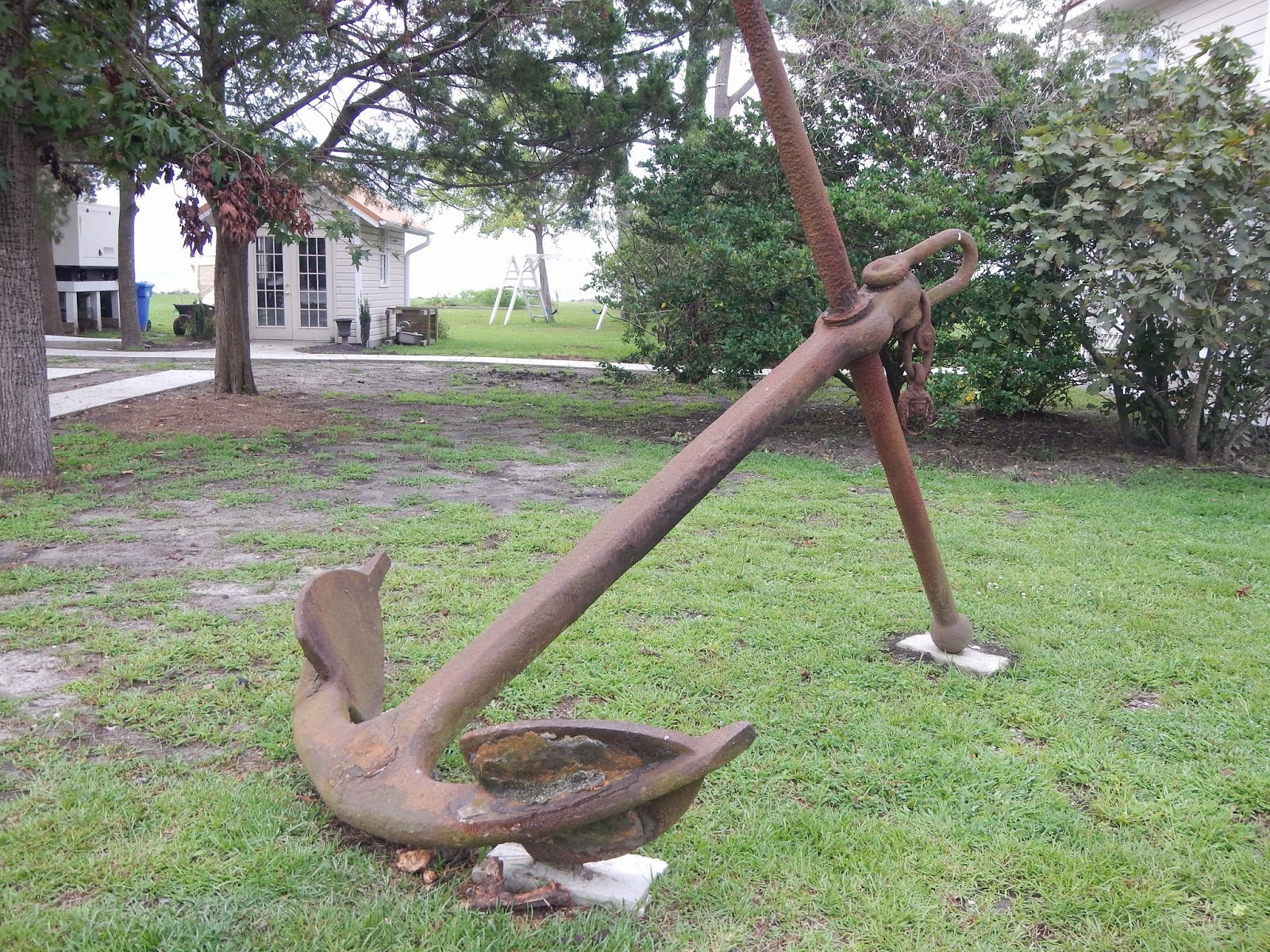 The biggest thing about this place is what is not talked about except in quiet undertones. Despite being 50 miles inland from the coast, the effect of hurricane surges has really shaped the town! 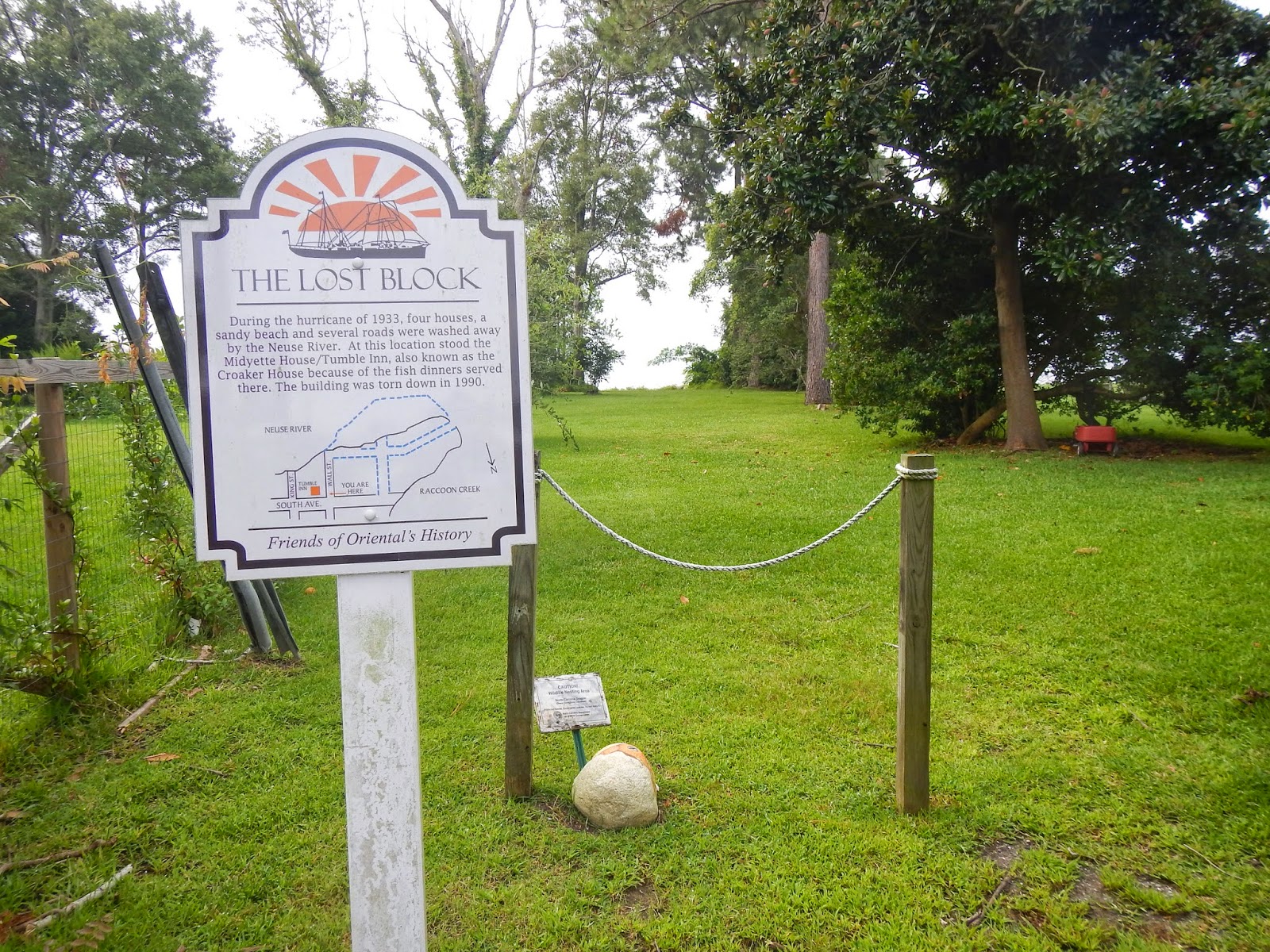 In 1933, a hurricane destroyed the seafront block taking with it a dozen houses, and in 2011, Irene pummelled the town with a 9 foot storm surge that destroyed many of the low lying homes. (Speaking of which, I notice that a tropical depression, 96L has just formed out in the Atlantic that has the potential of effecting the weather here in a week.) There are some real charmers here in town, like this beauty. 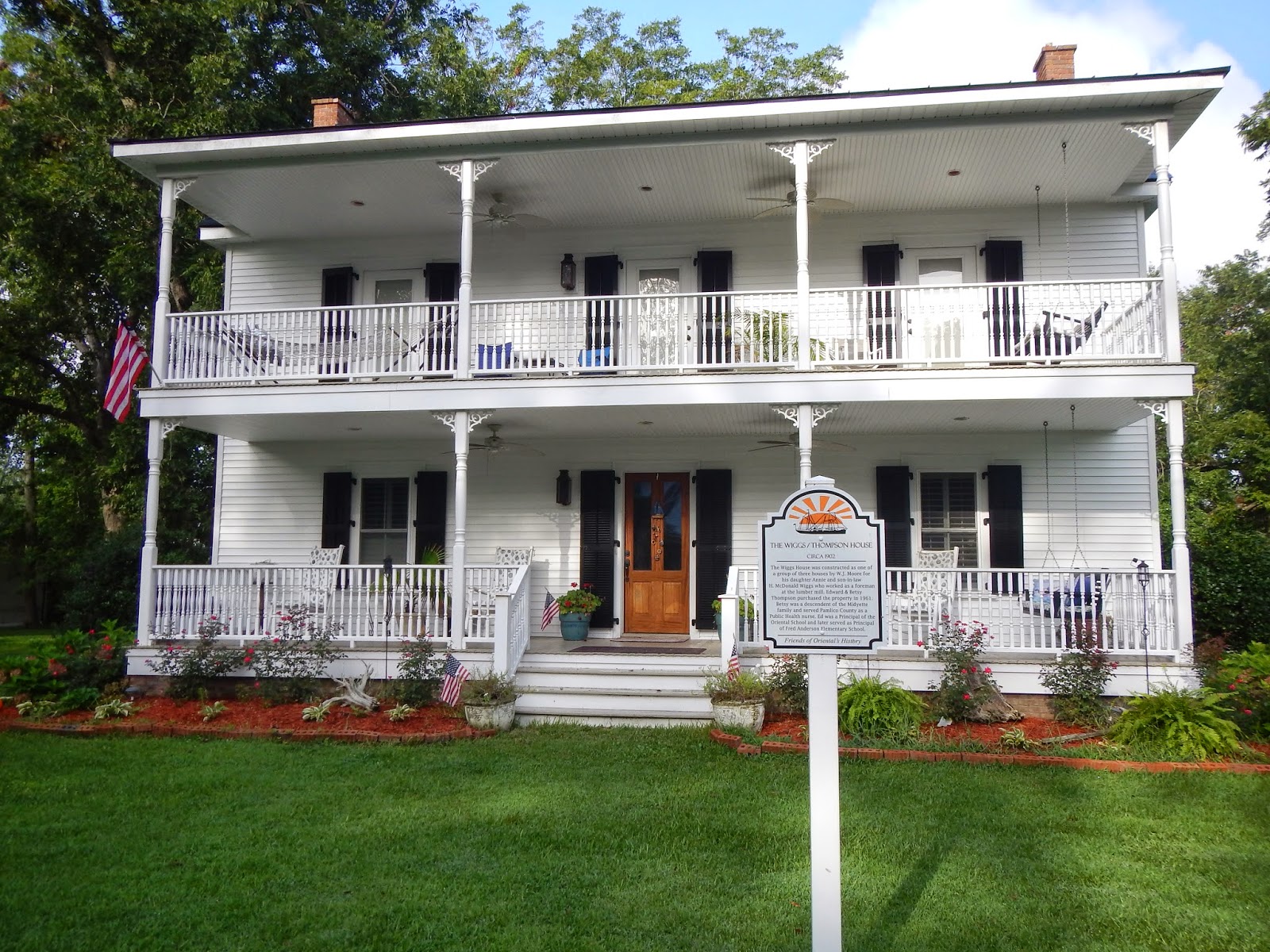 There is a museum here with a porthole from the civil war sailing ship that the town is named after. 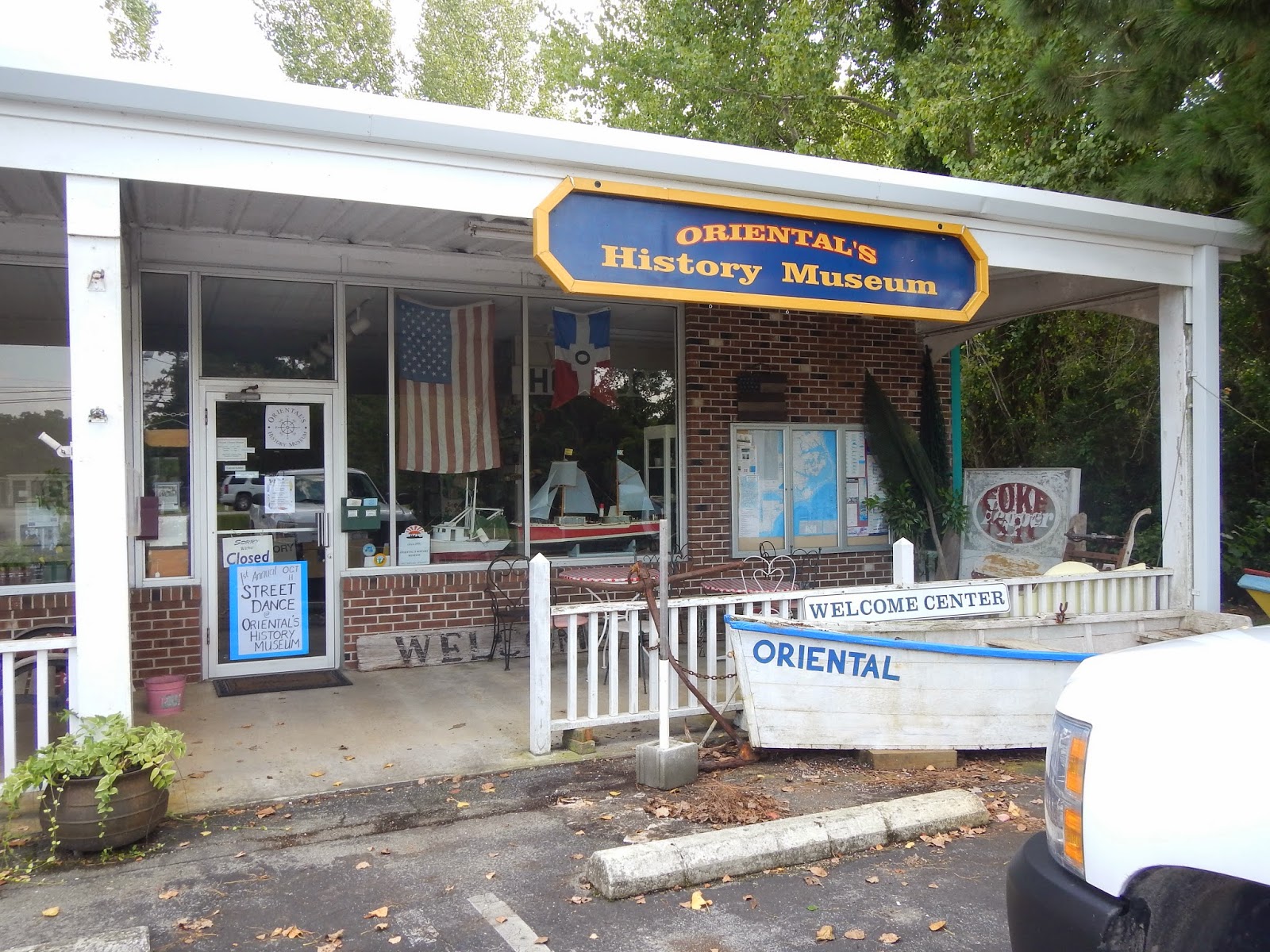 Prominent in my mind (and birds,) was this gigantic tree/s laden with figs, not far from my dock. 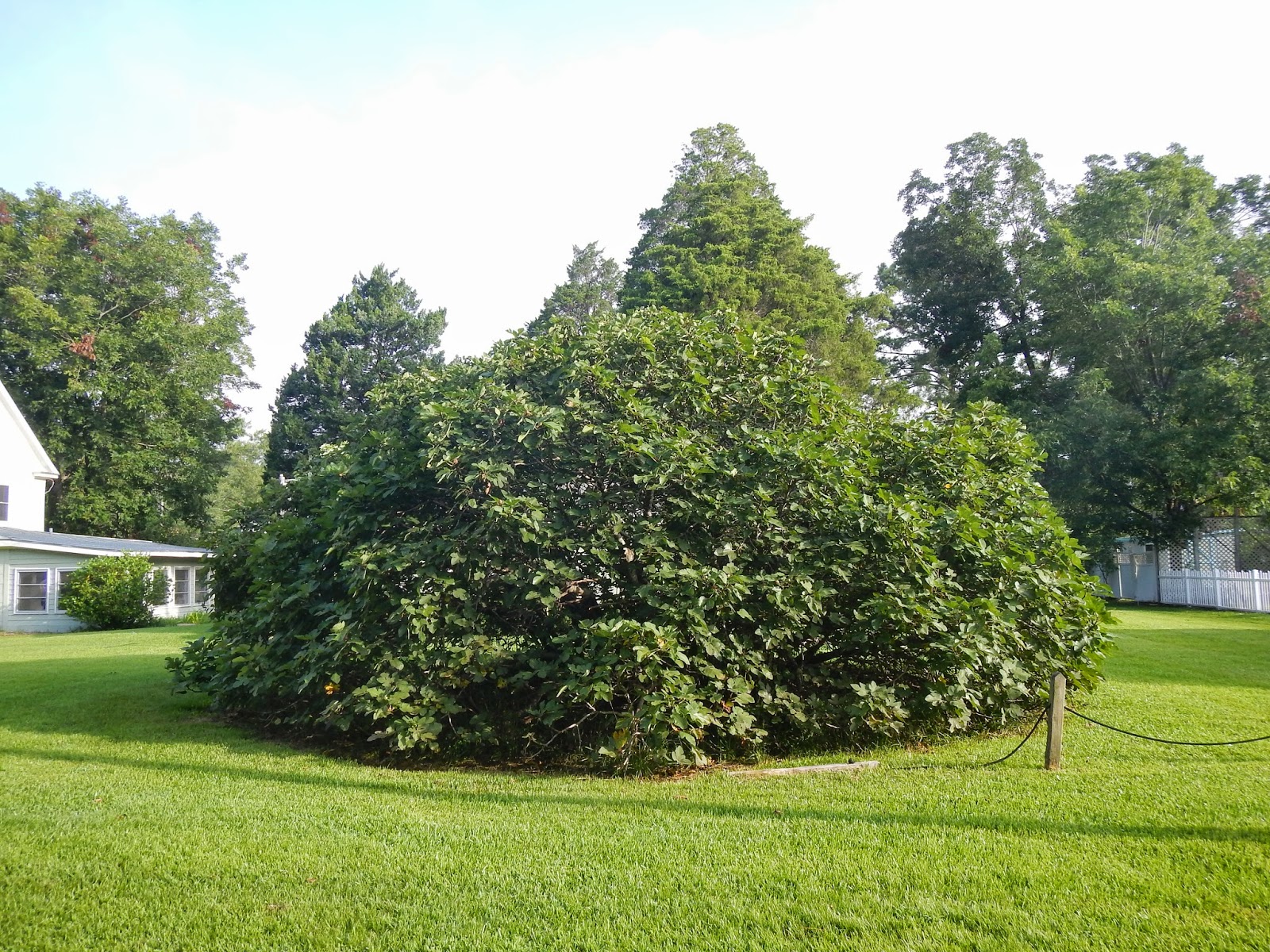 Speaking of food, Michael kindly lent me his trike to get to the "Town and Country" store a mile away for some vegetables. 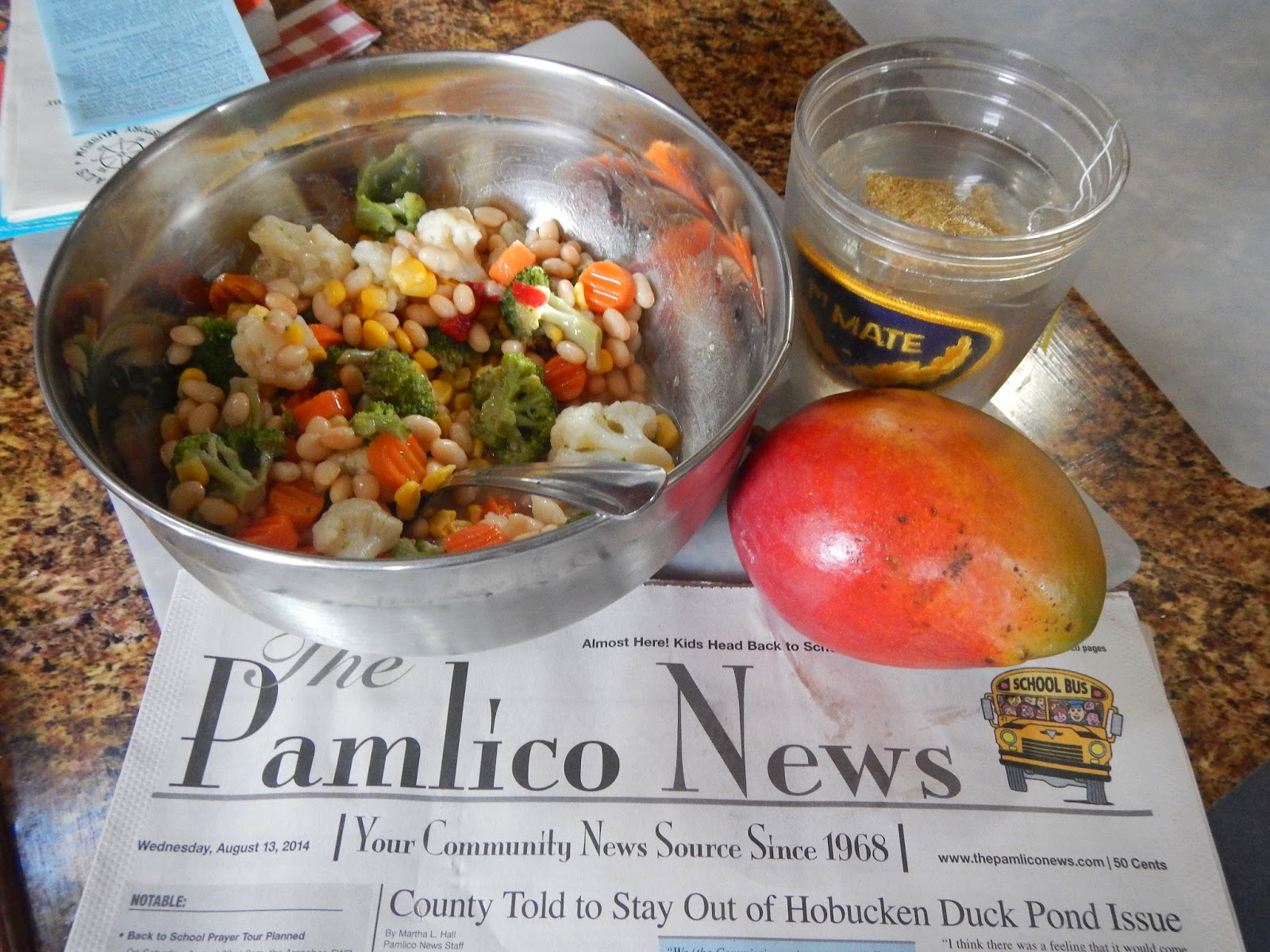 Michael is still fixing his home including reflooring, 3 years after Irene.
Boat chores today included adjusting the stuffing box, emptying out the water out of my racor diesel filter, checking the oil, checking the holding tank level, and giving myself a haircut.