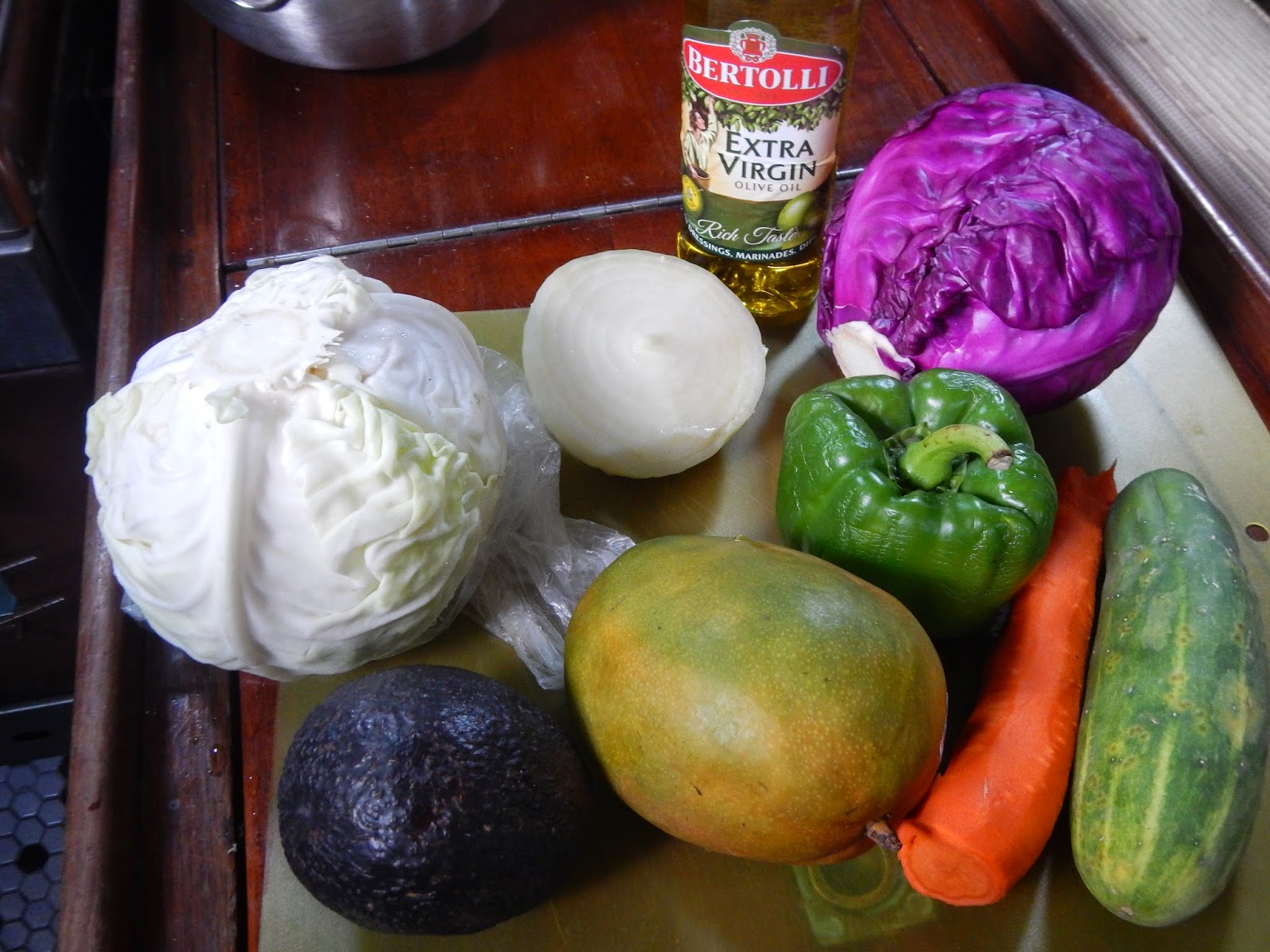 Take a look at these, fresh vegetables kept in temperatures approaching 100 degrees and yet able to make a delicious meal. 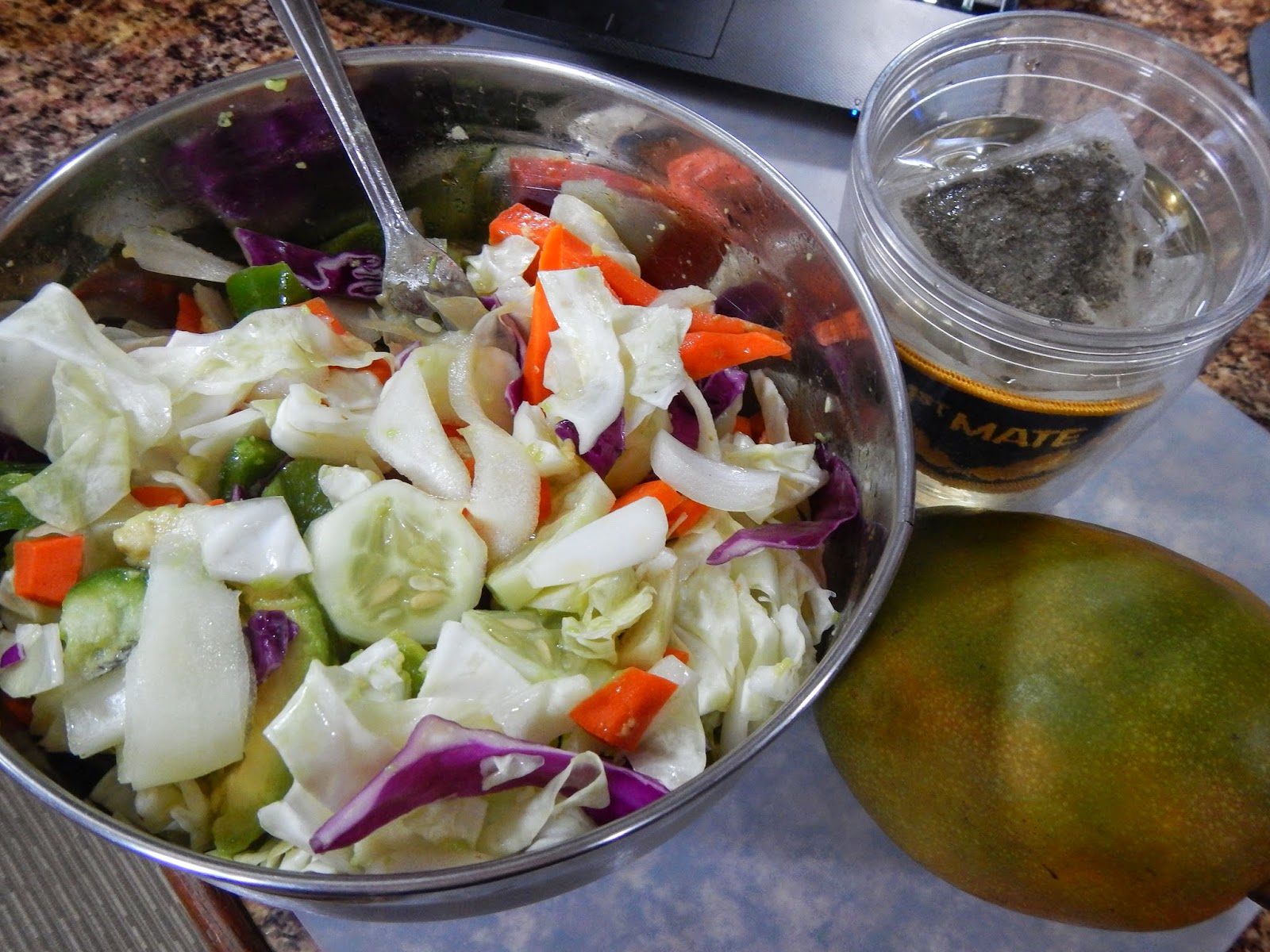 Today I continued with boat chores, including spending most of the morning working on securing my back hatch. 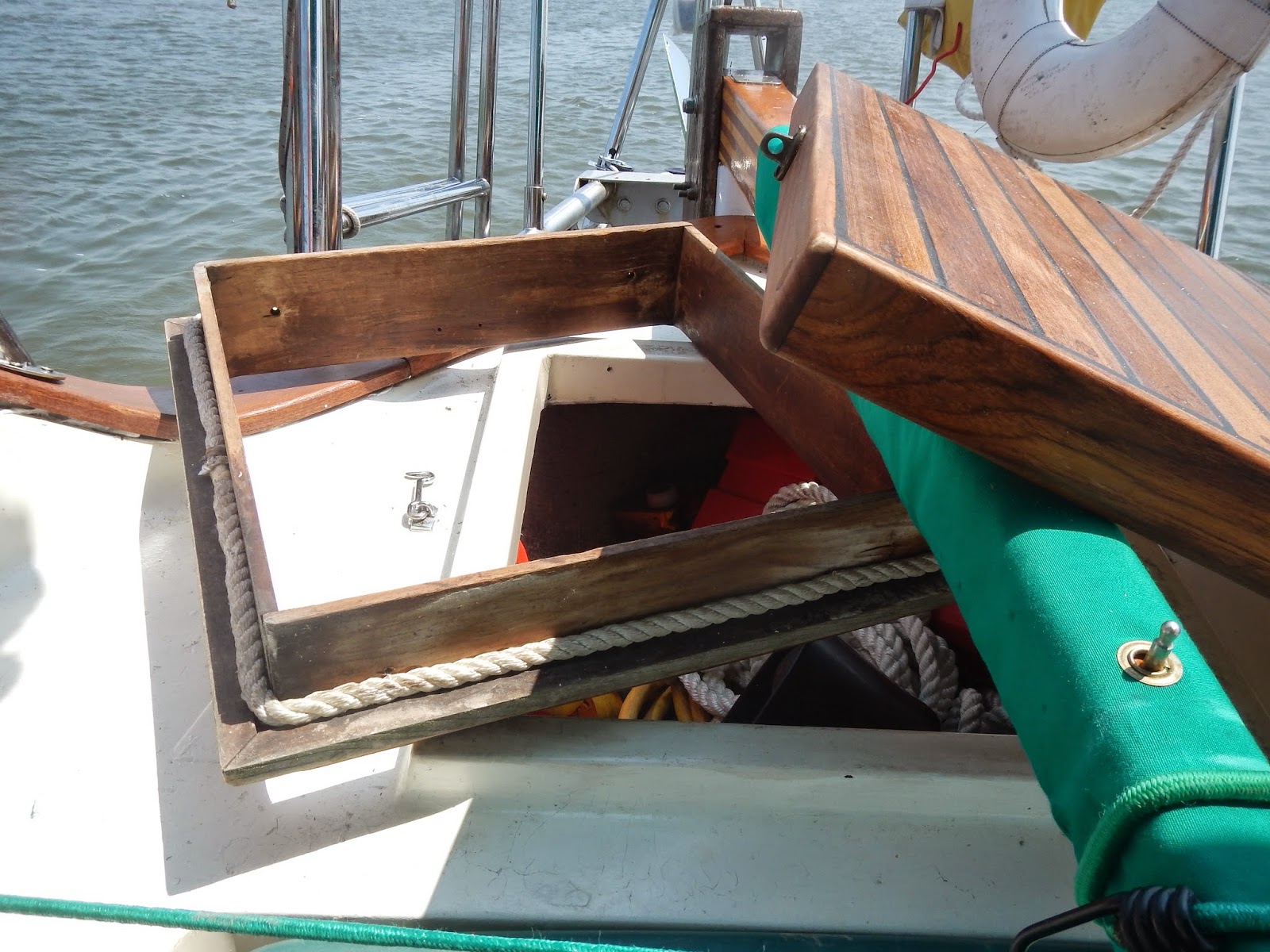 I put a rope gasket around the base and seated it tightly in it's new position. When I got it back from Dean, it didn't fit properly but I didn't think it was a big deal. Well turns out that when you sail in rough water, that sort of stuff just doesn't cut it. 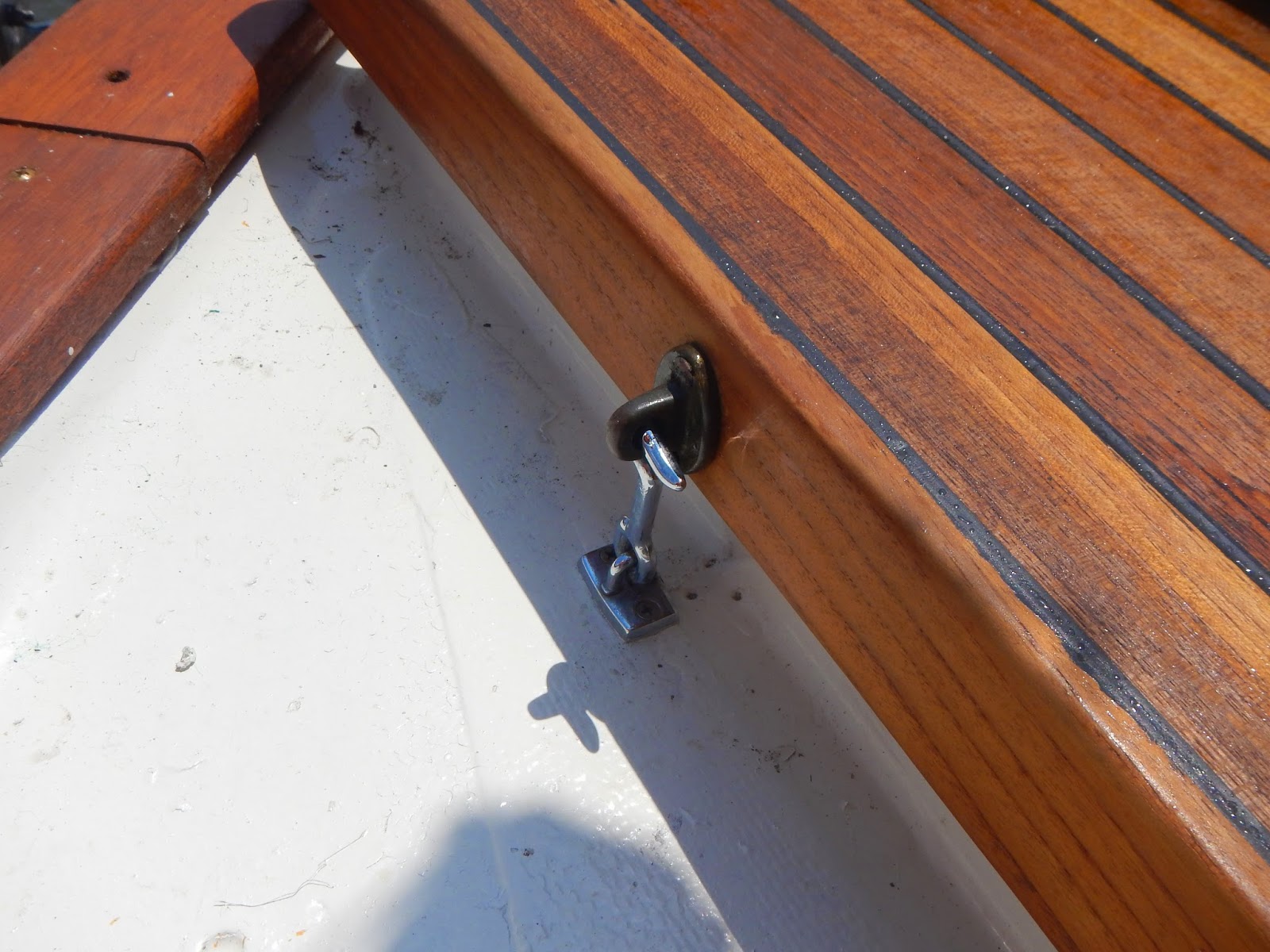 I also hunted around in my V-berth for a sail to replace my ripped staysail. Over the past year I have collected 10 headsails from craigslist and notice boards and the one I picked up in Panama City is in excellent condition even if it is a bit bright. I always like having a headsail ready to deploy even when I am motoring just in case the motor quits on me. 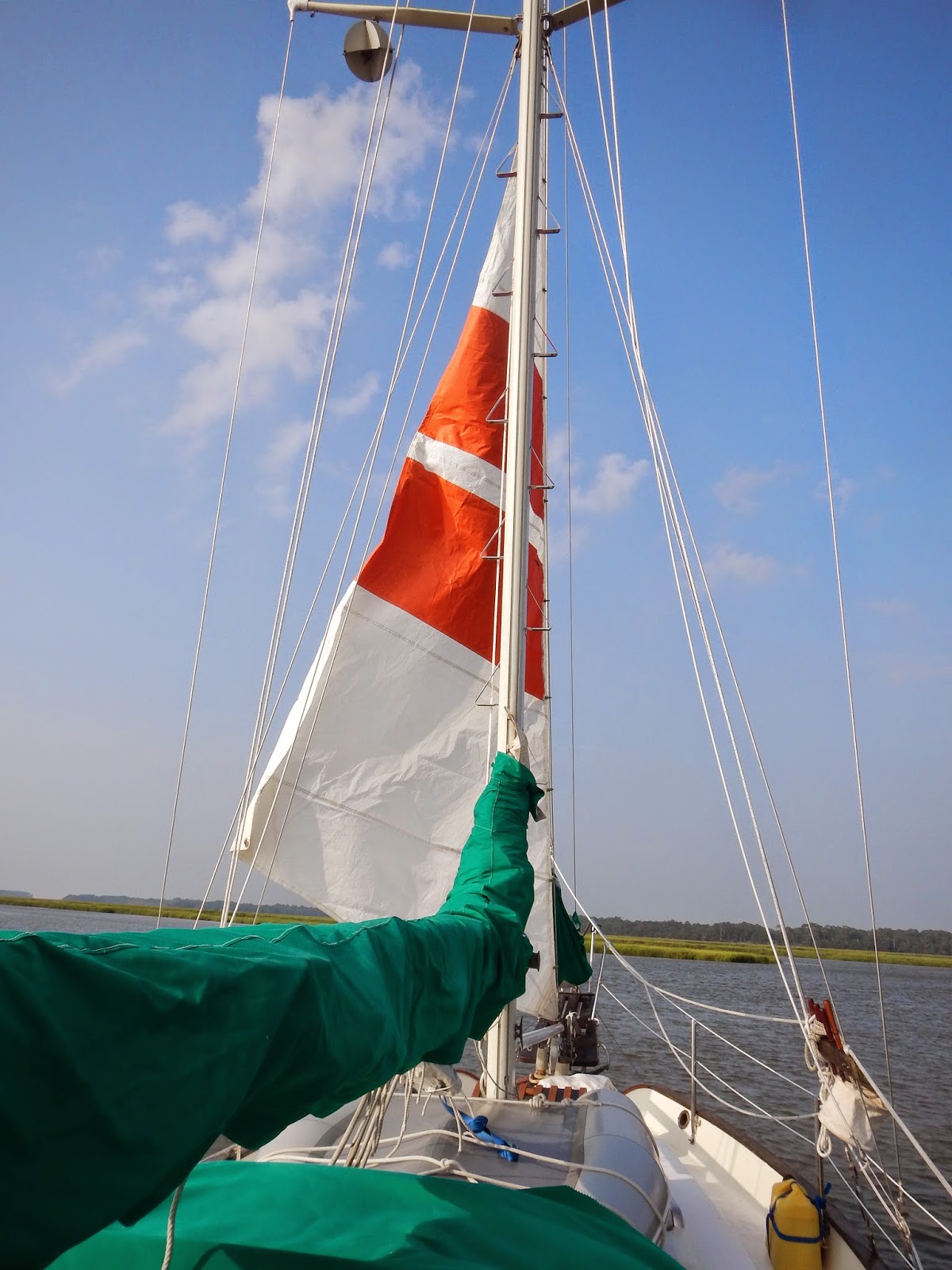 The tides here are huge BTW. Take a look at the grassy reeds in this next photo. 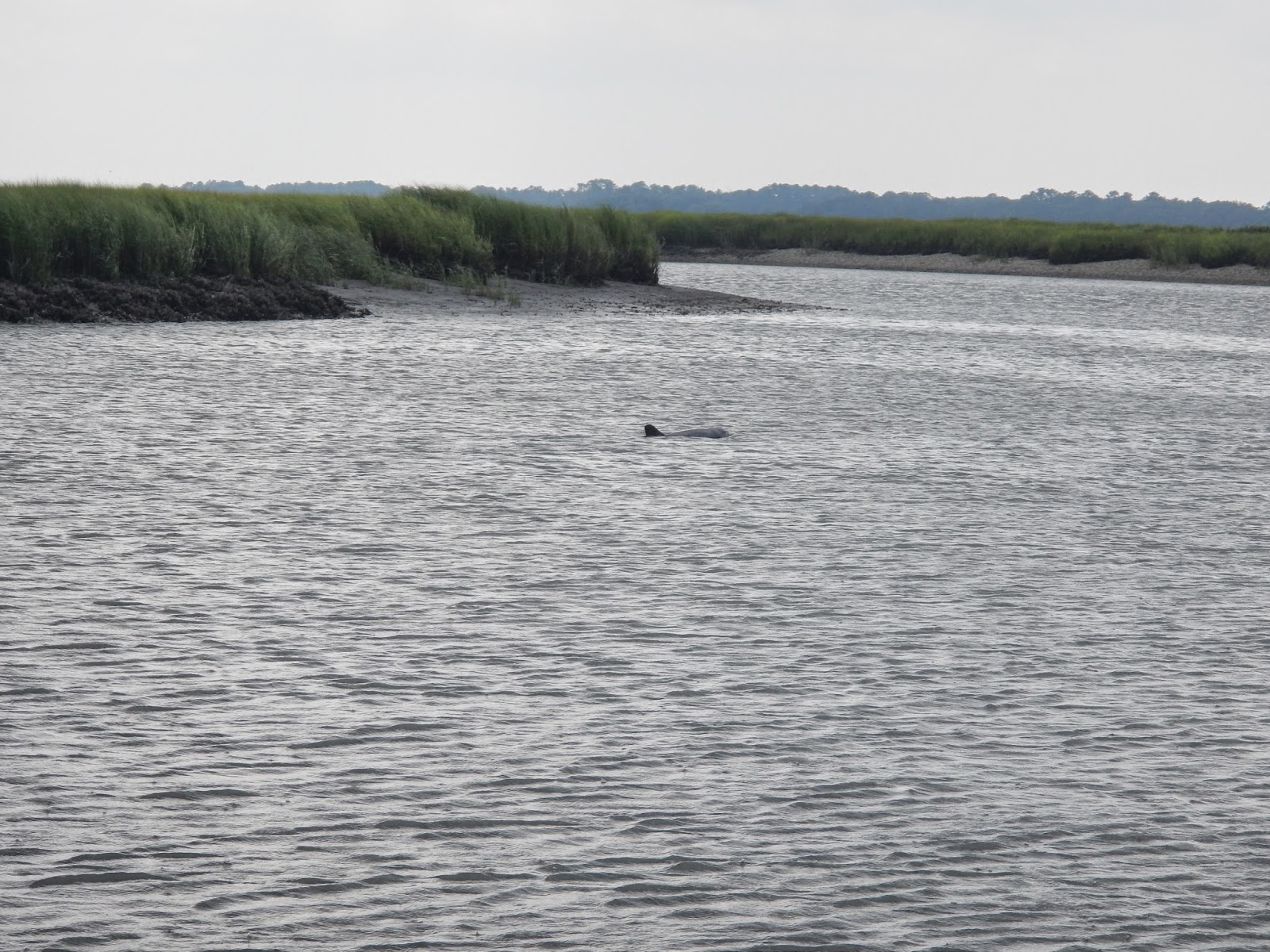 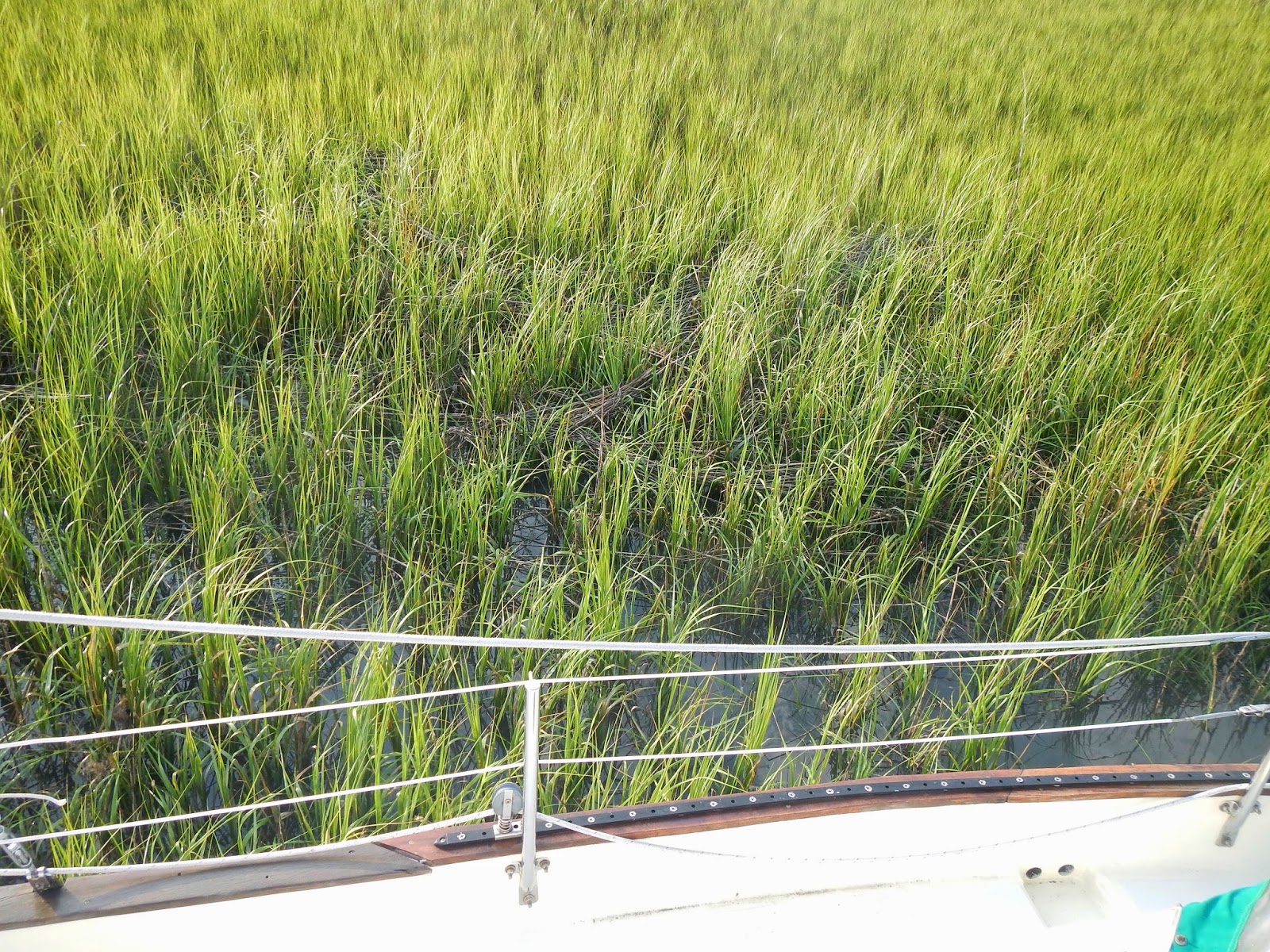 Yes they are my lifelines that you see......Anyway do you see how the water extends out through the grasses? It really is a marsh and would be impossible to walk through. The boat had been pushed against the side by a quite a few weekend warriors. 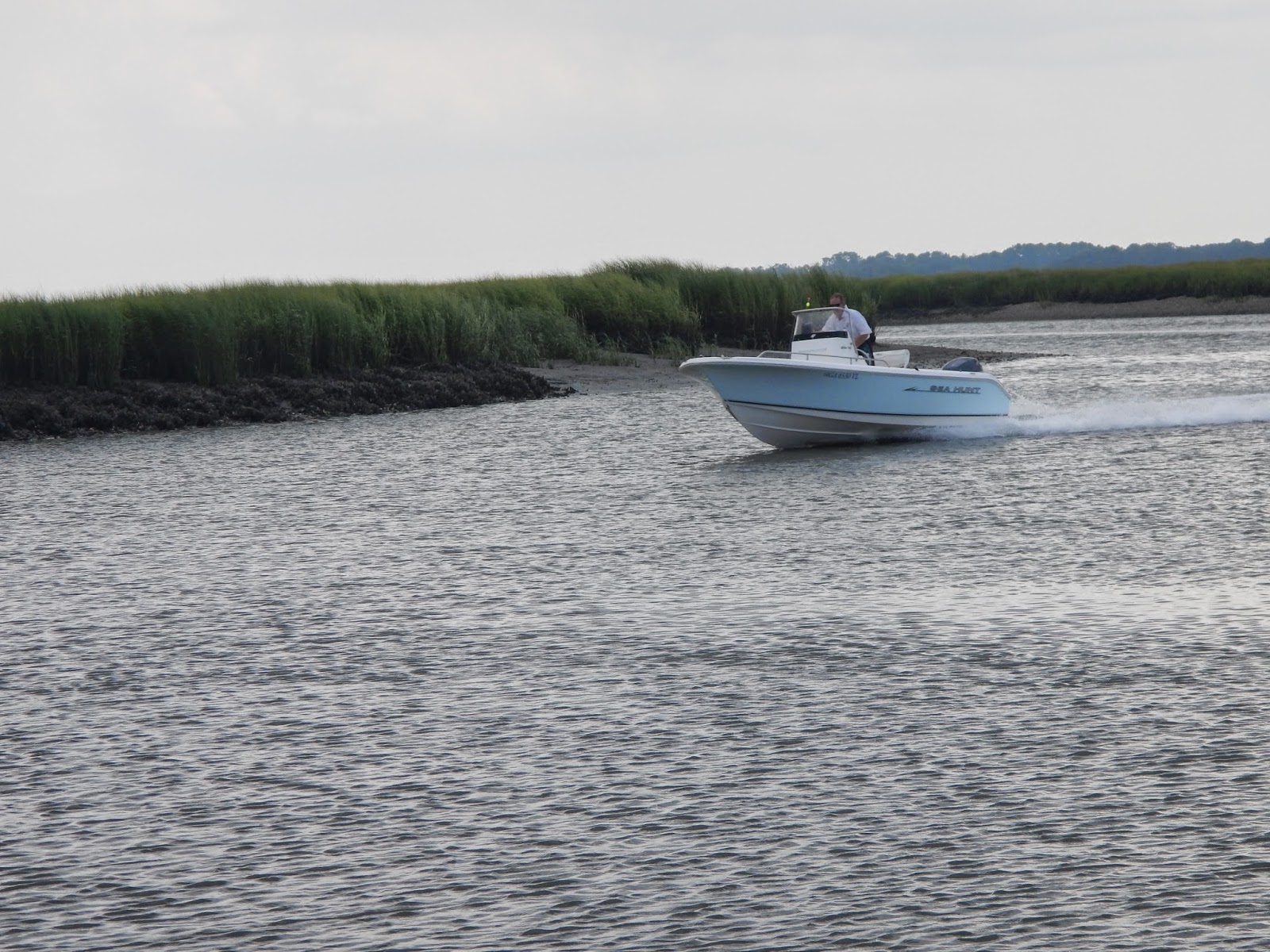 The consequences being this....... 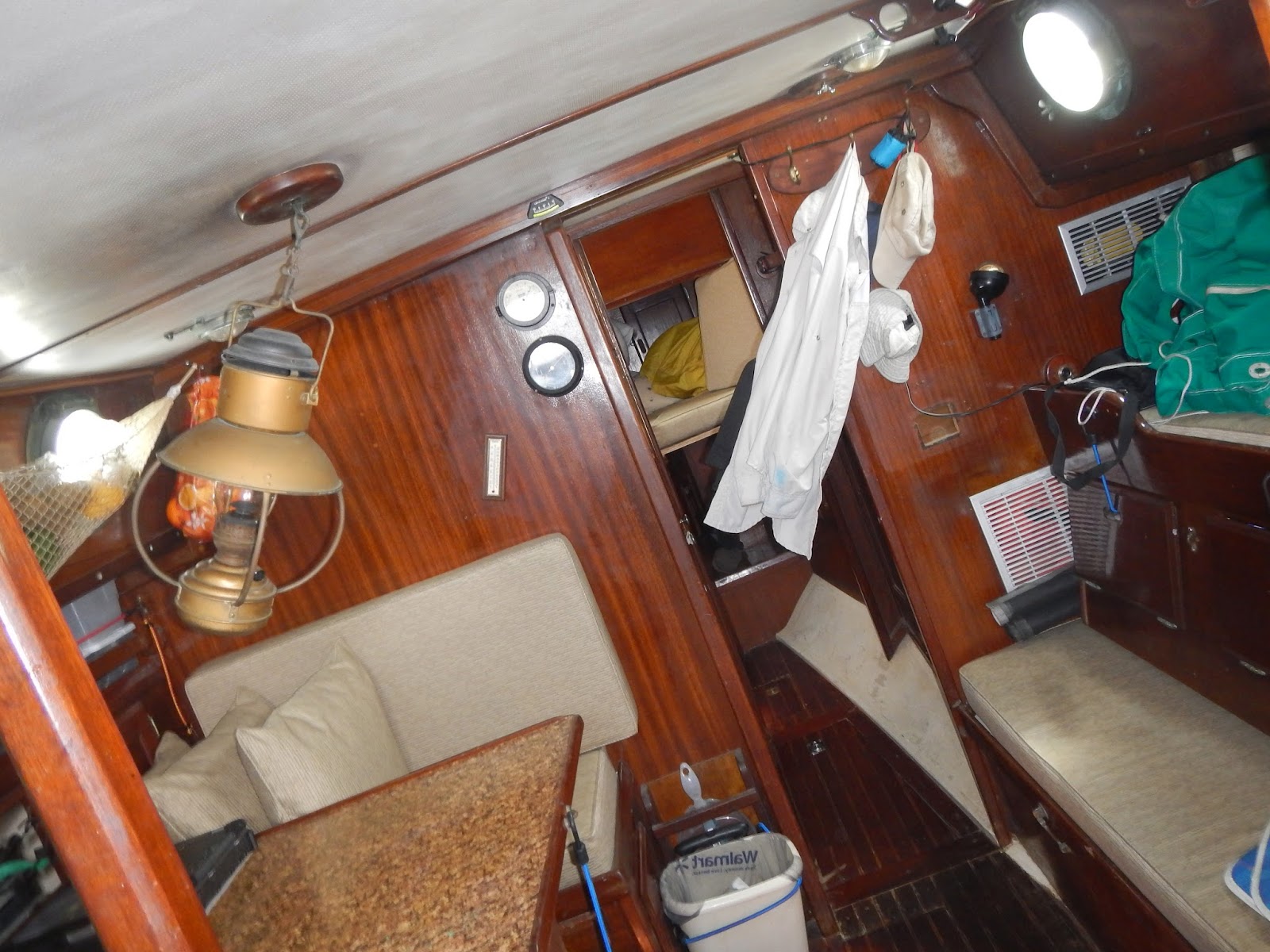 No that is not an optical illusion and I wasn't planning on careening the boat. I reanchored a liitle later but now, as well as my anchor alarm being on a night, I also leave one running during the day. 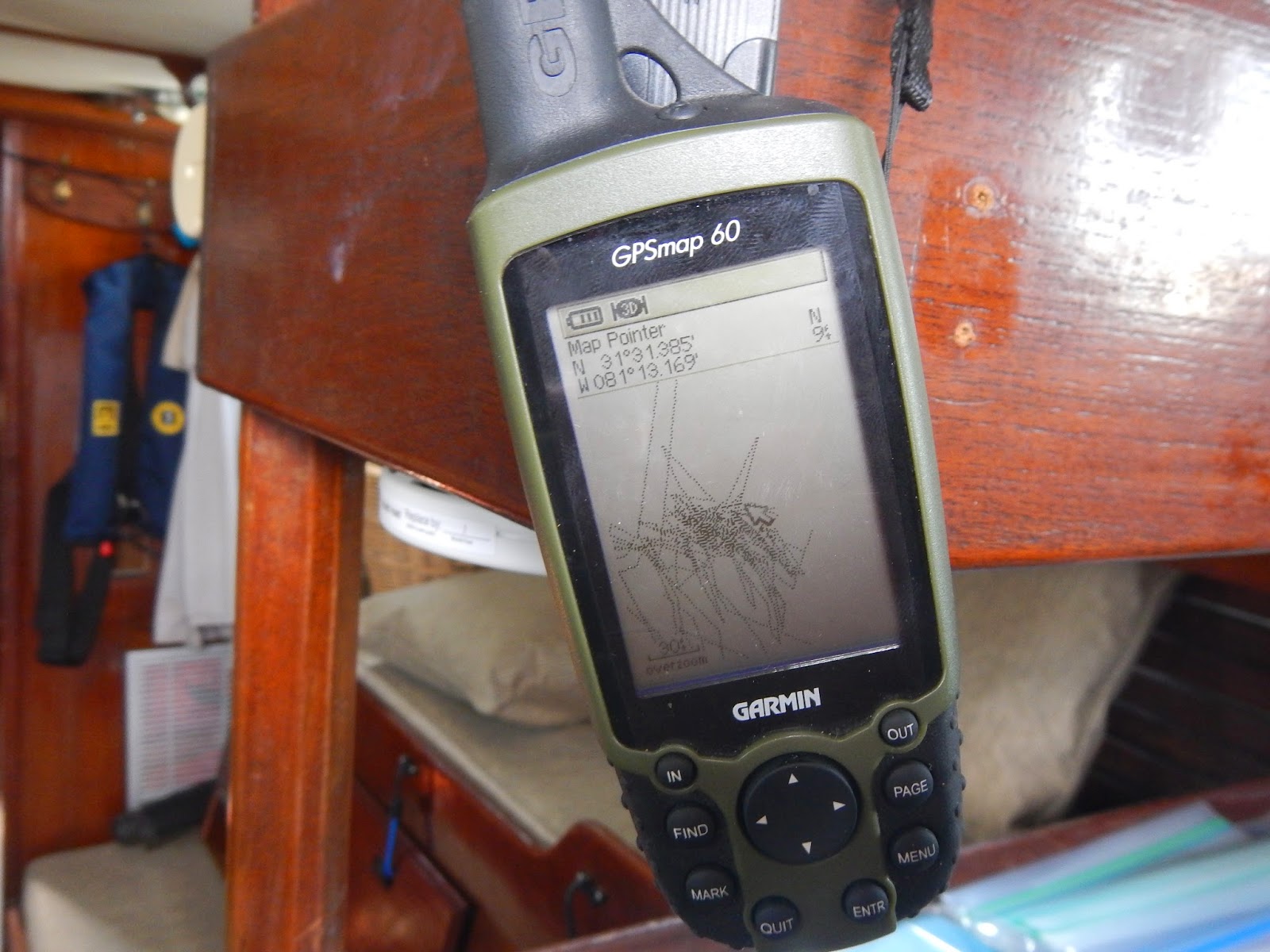 This Garmin GPSmap is an early model so the black and white model runs for 28 hours on two AA rechargeable batteries.
And one last one for you cormorant lovers out there..... 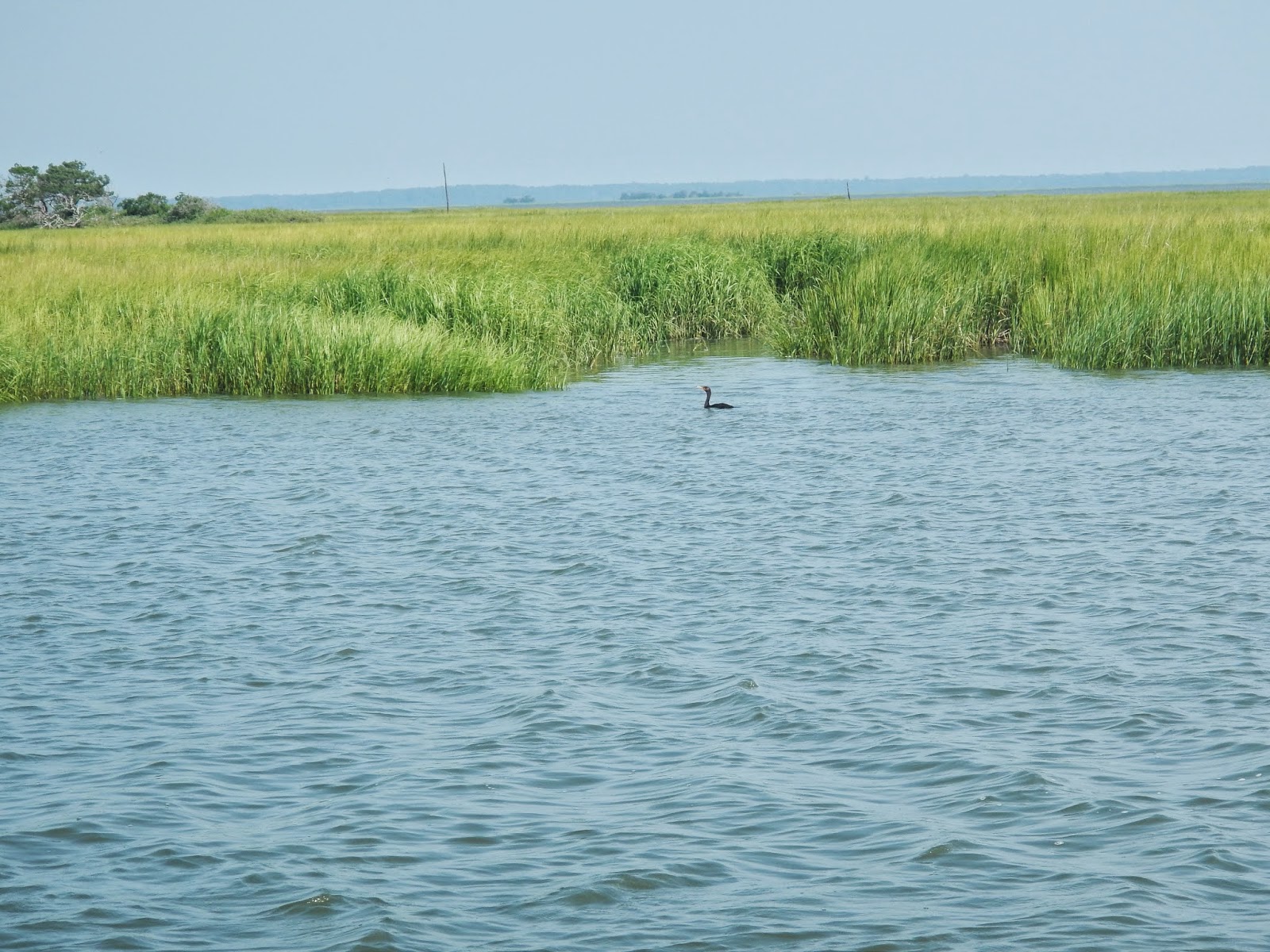 Tomorrow I will get an early start to chase the rising tide into Savannah and Wally World!
Posted by Onapua at 3:31 PM