So that you can get a better idea of my cruise so far, here is a little map. 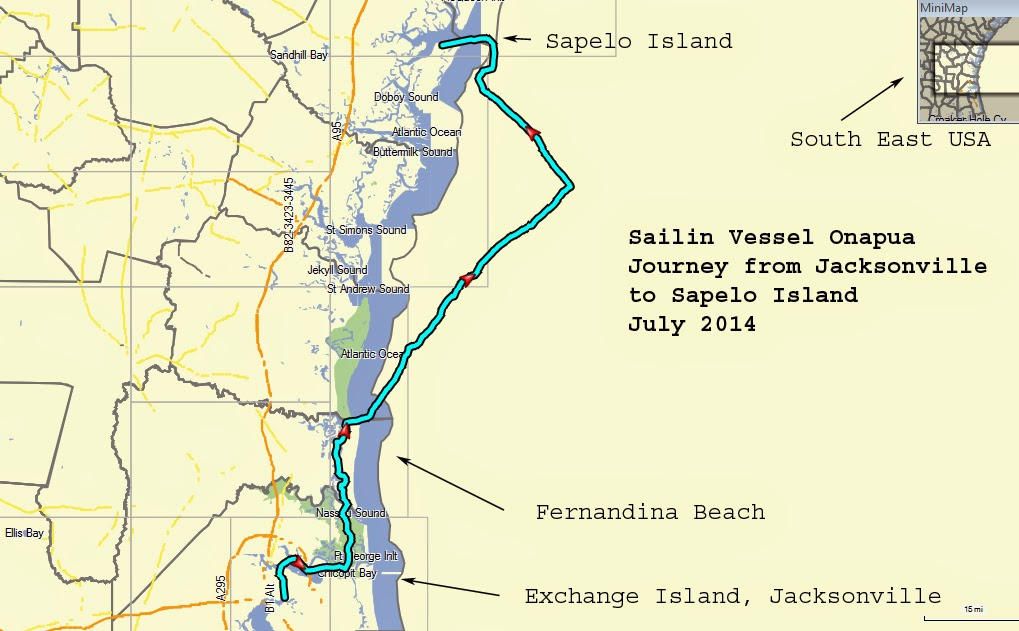 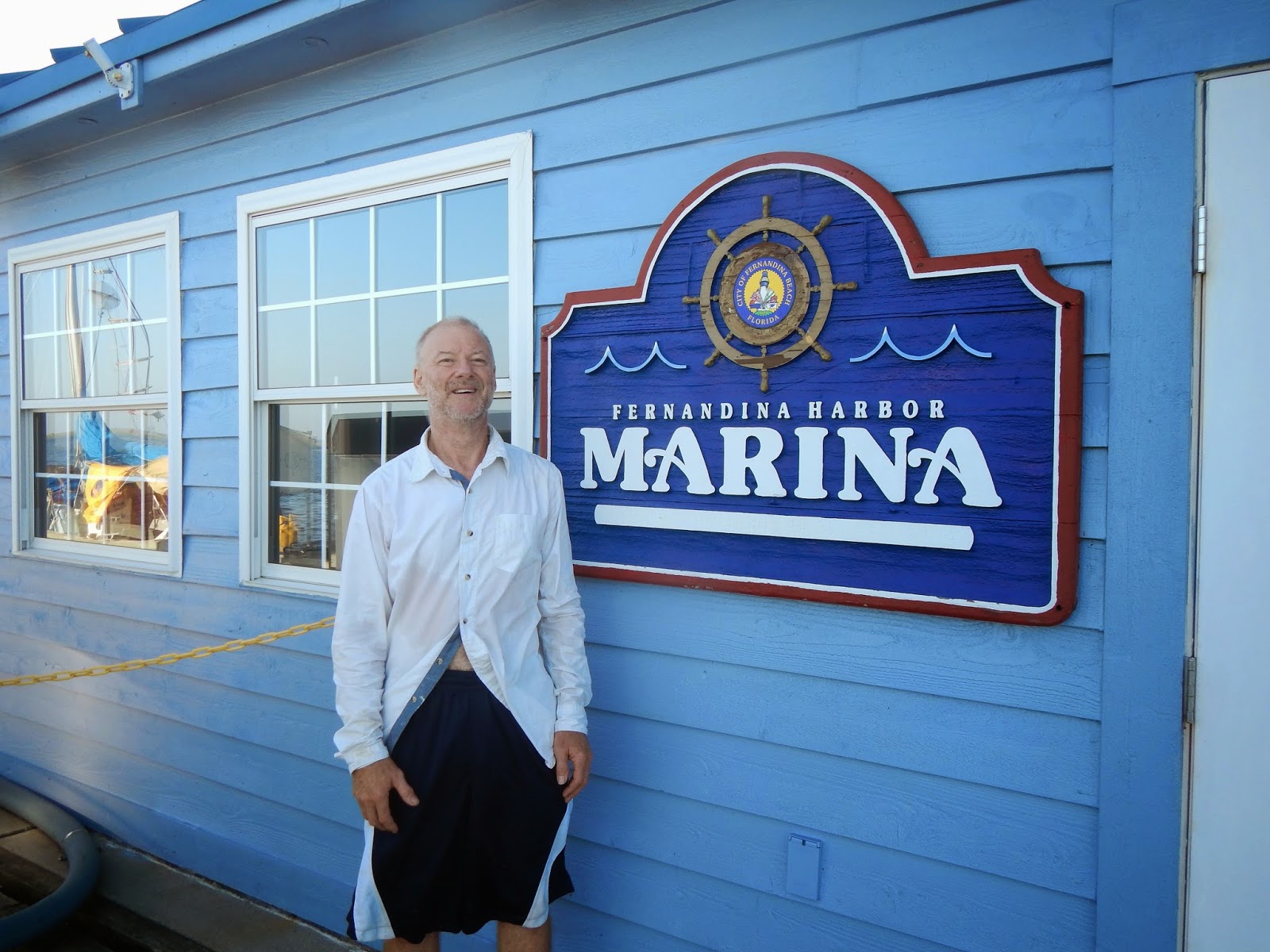 It is quite a busy port one end, with the marina and tourist area sandwiched between the docks and a paper mill  at the other end. 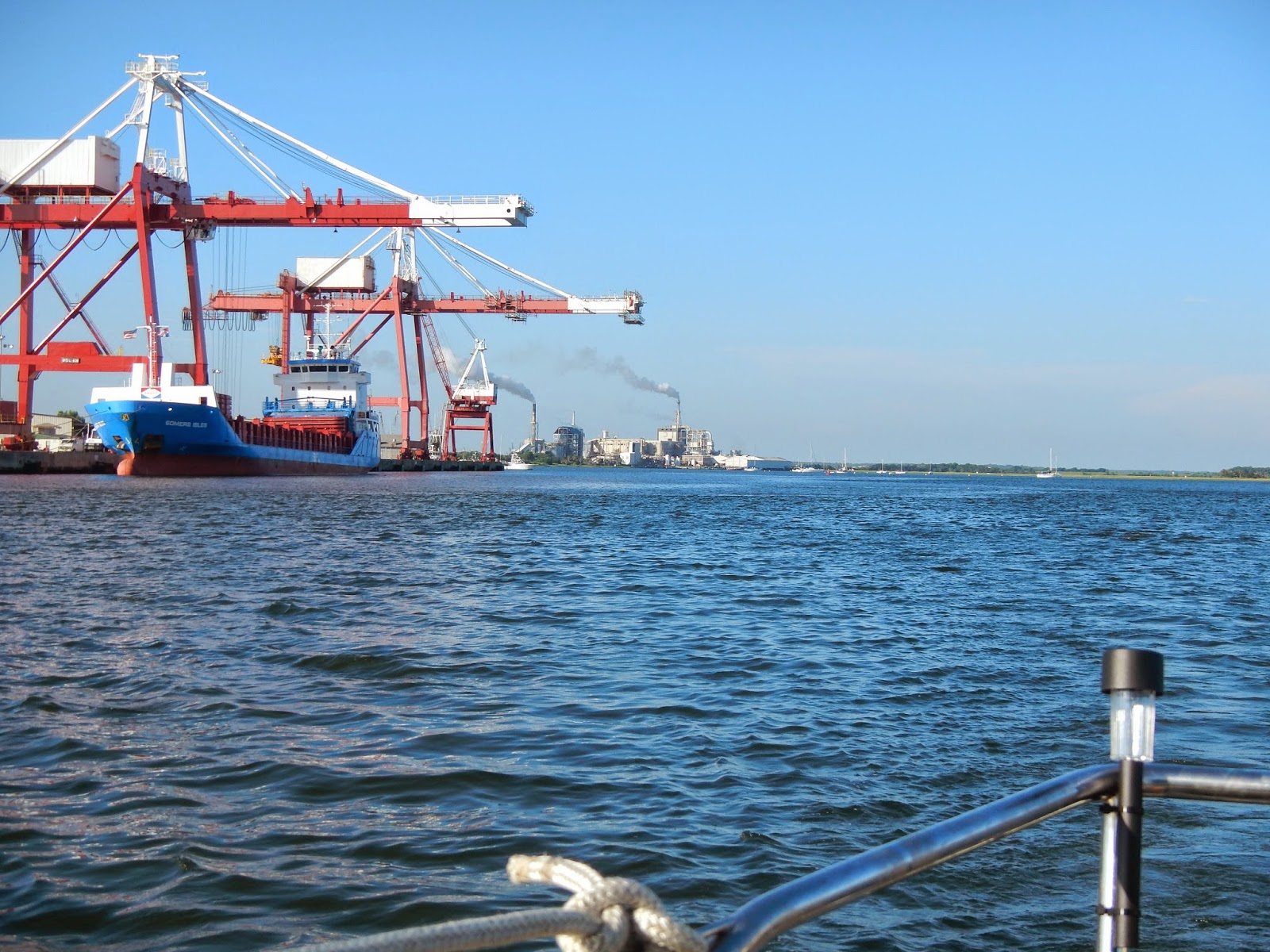 Oh and I can't forget the big fleet of shrimpers. 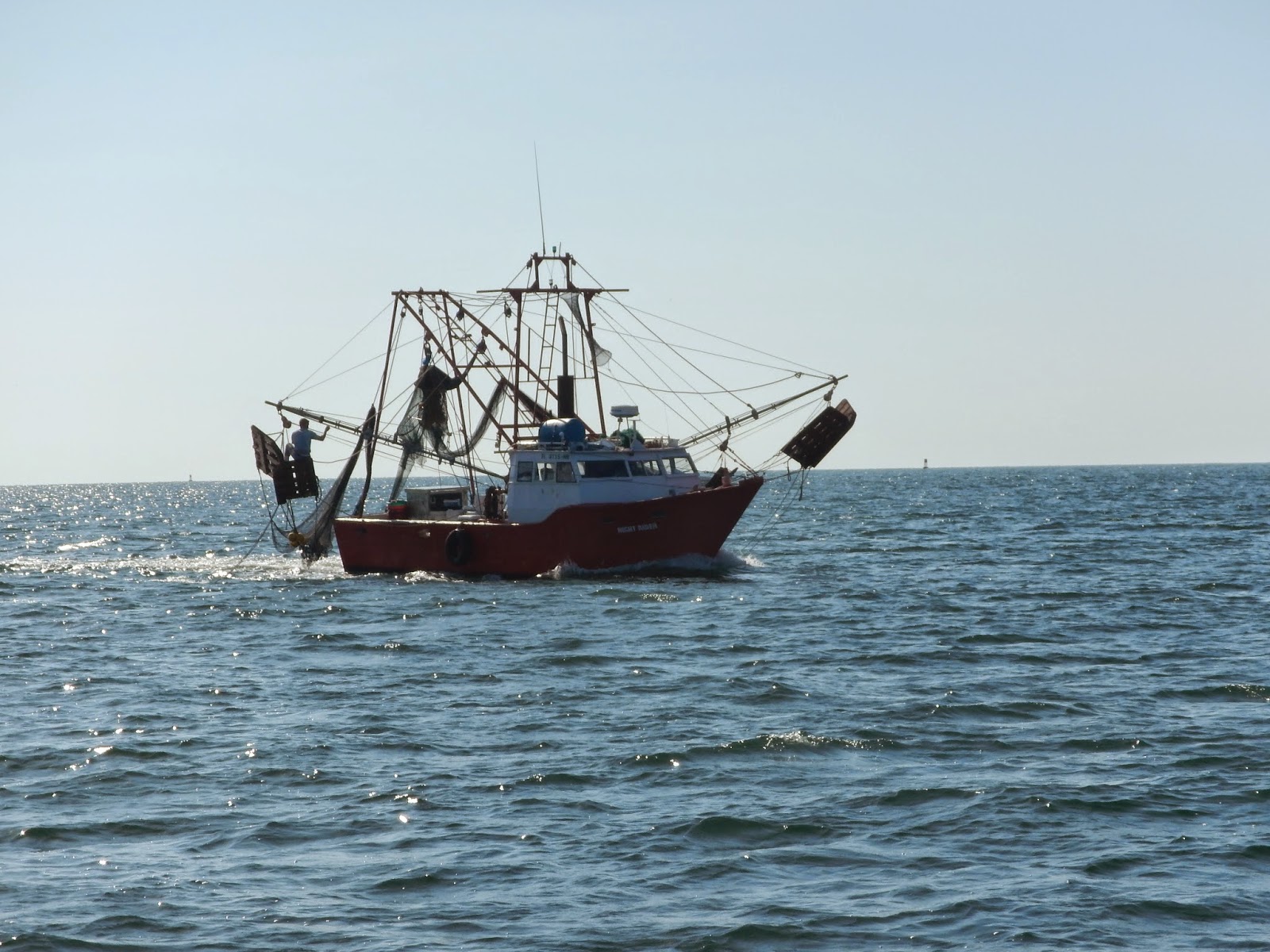 There is an impressive old fort that guards the entrance to the submarine base from the ocean. 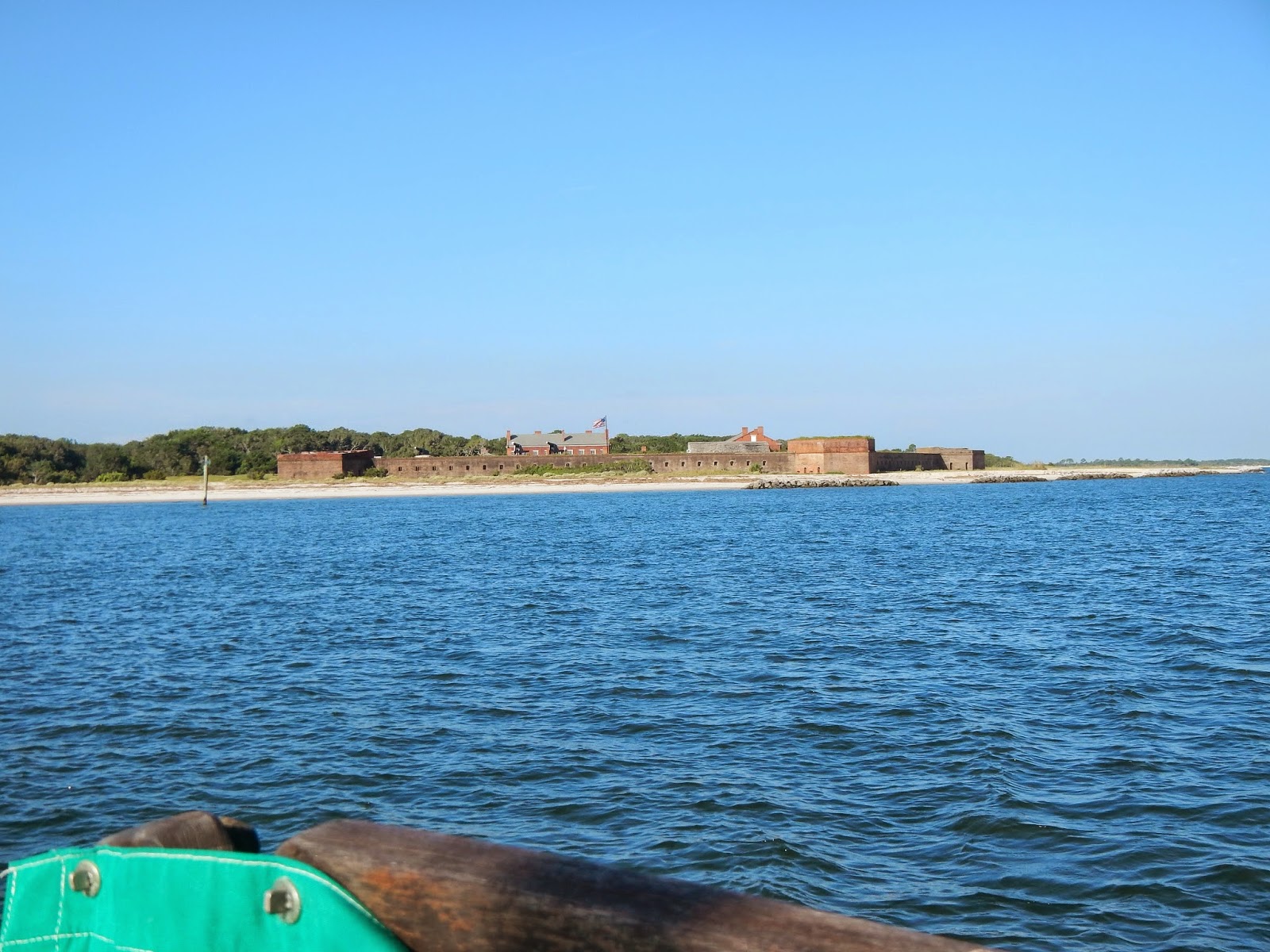 So it tuns out that life on the ocean wave isn't that great. Lots of  this stuff. 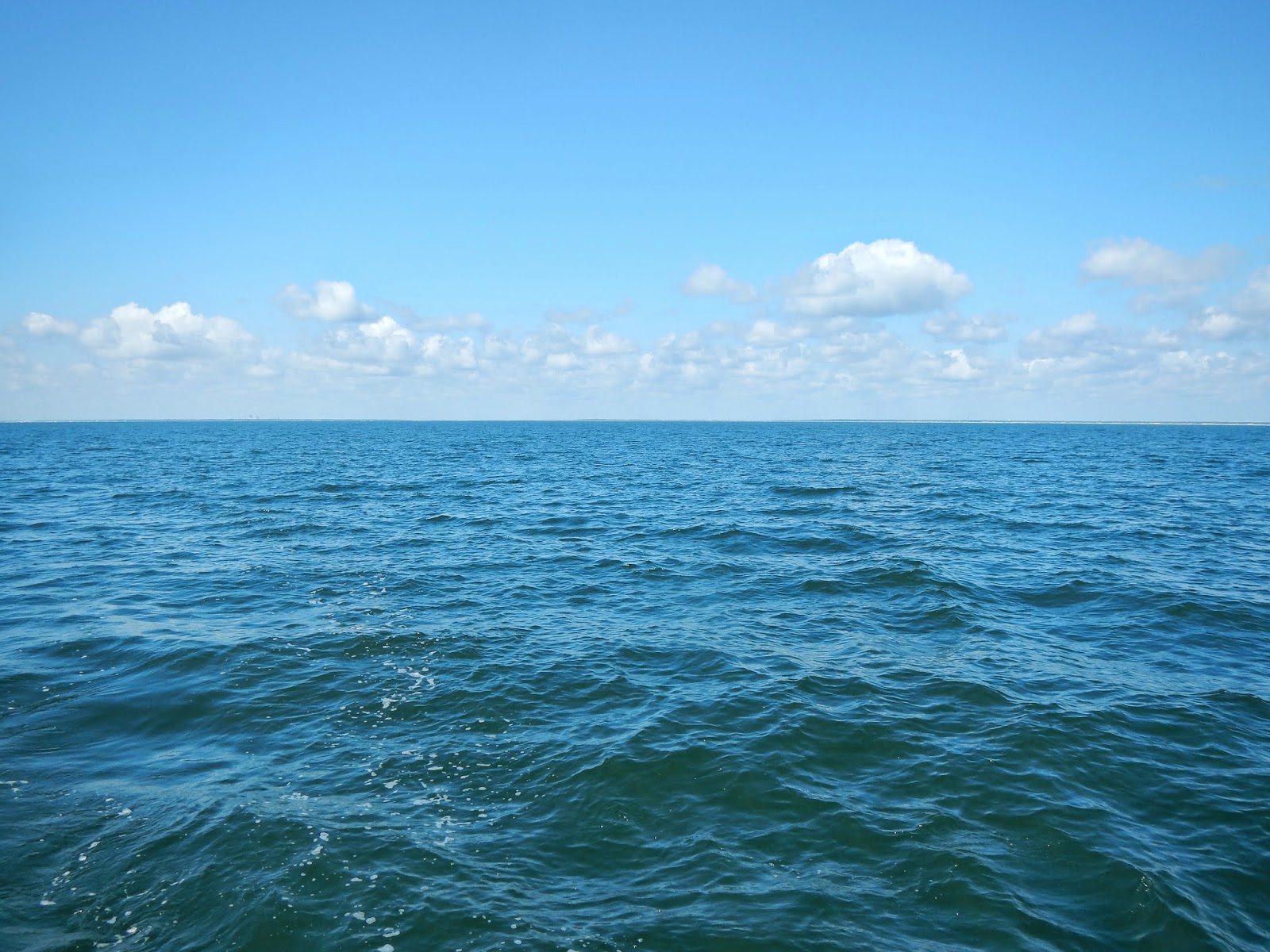 Peppered occasionally by some very exciting times like going to the bowsprit to change out a  headstay. 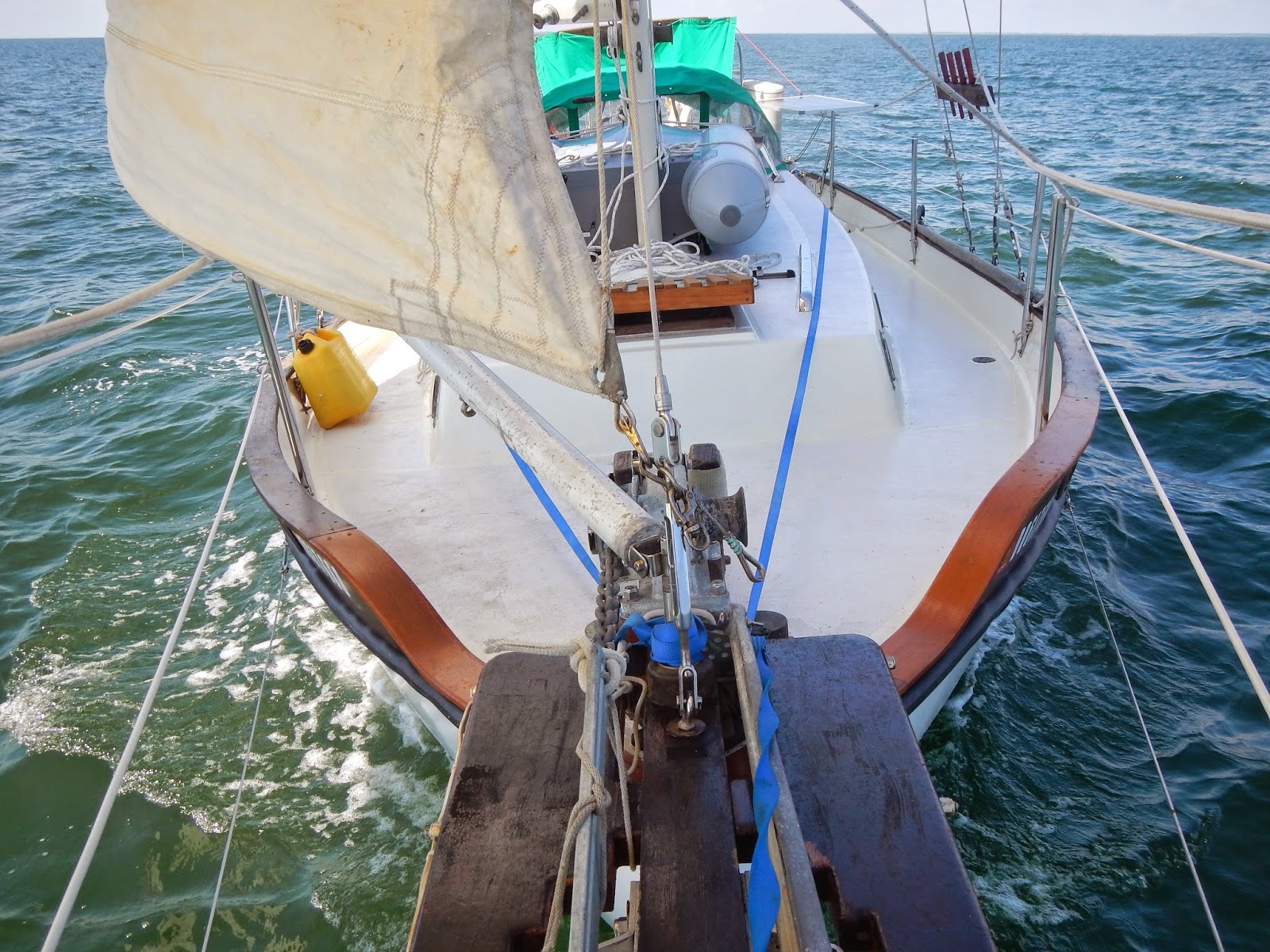 Winds were light in the morning so I coaxed the boat along with my pretty drifter. 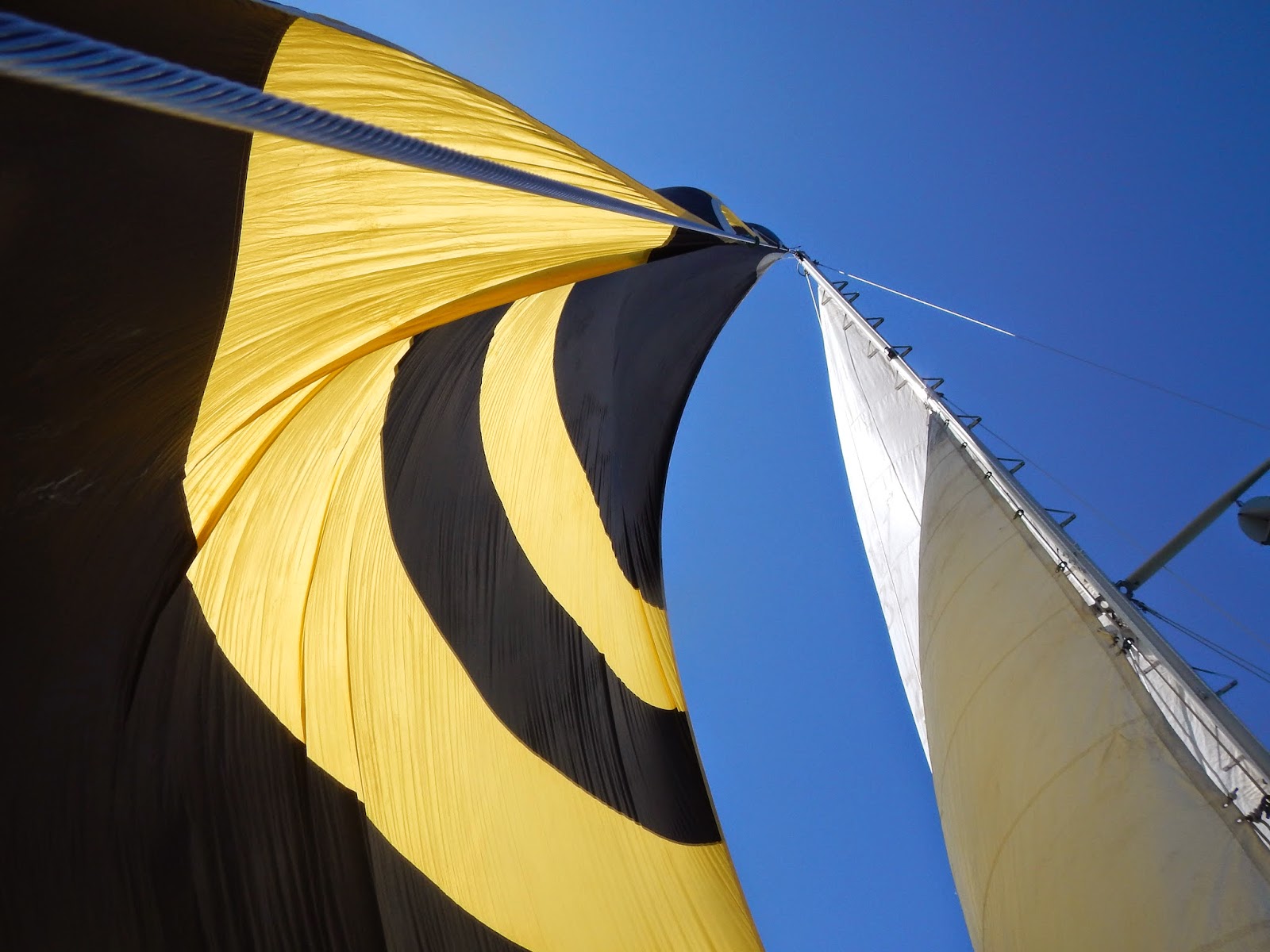 Winds piped up in the afternoon and things got interesting. 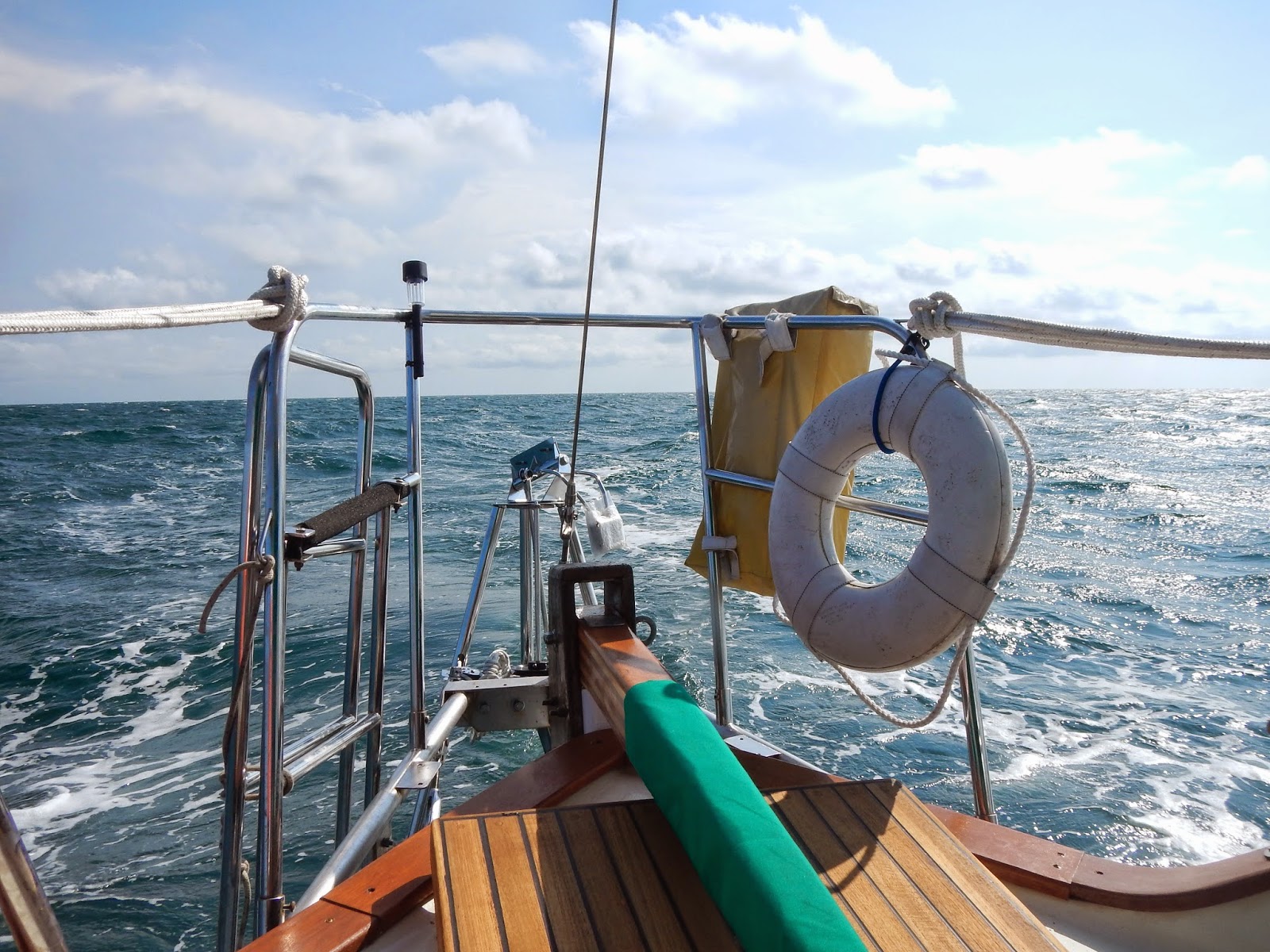 I put one reef in the main and dropped the drifter. After an exciting 5 hour sleigh ride doing 6.5 knots in 20 knot winds, the seas got very rough and I could not put another reef in the main and the staysail ripped. So I bailed to Sapelo Sound. Of course they have their fleet of shrimpers as well. 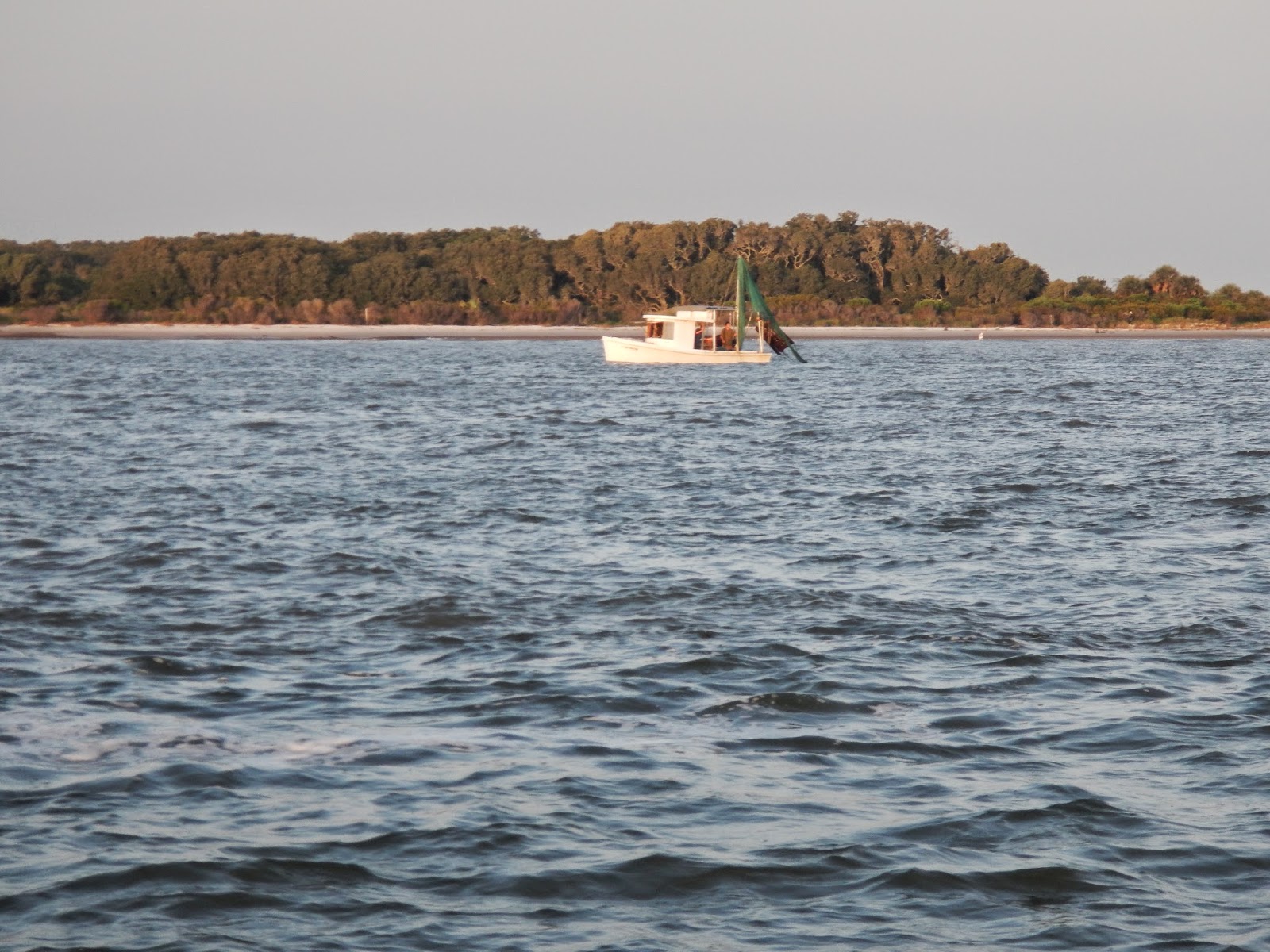 I am tucked away behind an Island called Blackbeard Island. It was named after a notorious pirate who was based here in the Eighteenth century so I might spend a few days here digging around for buried treasure. 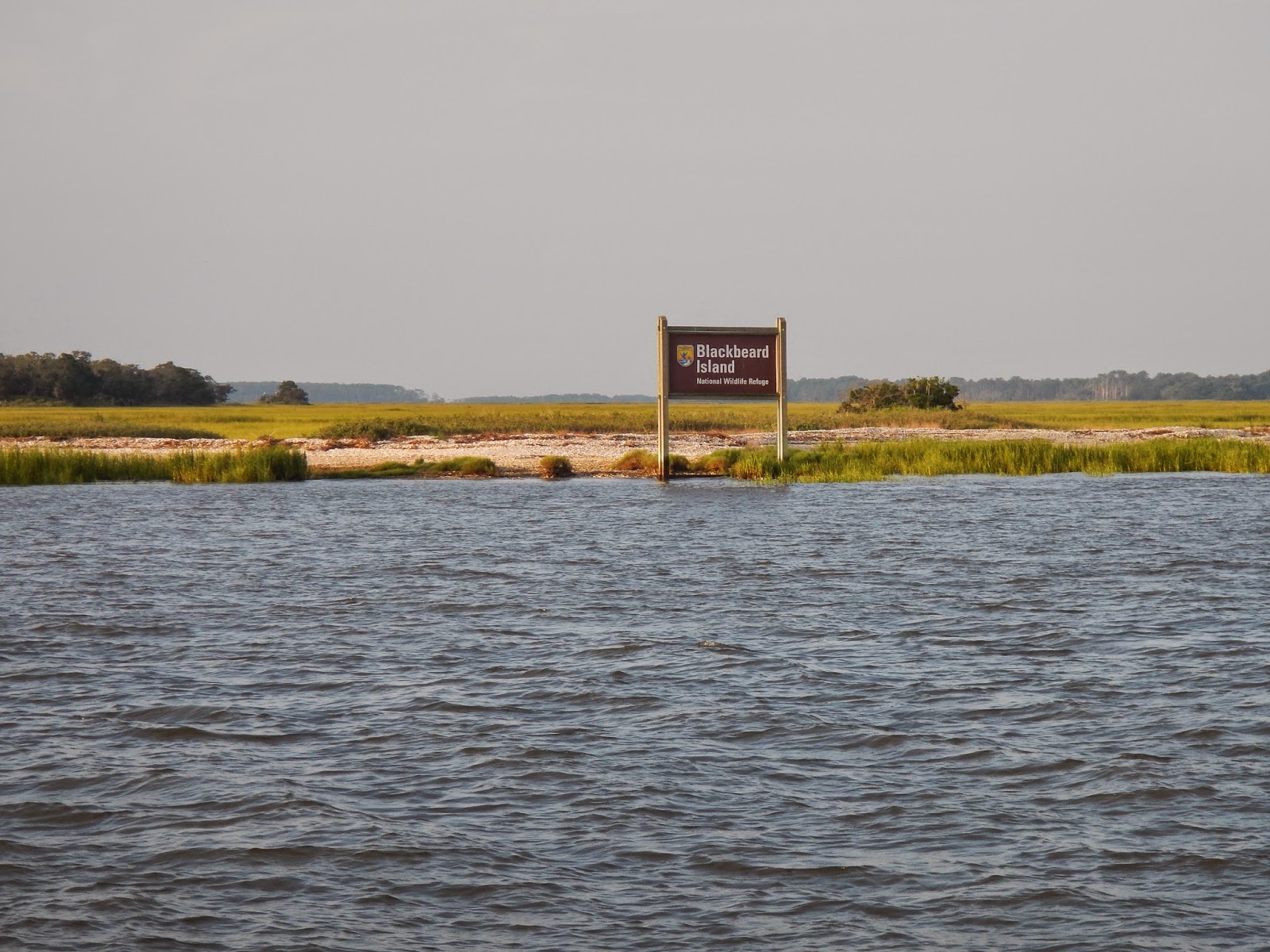 If treasure isn't enough, take a look at the view out my back door. 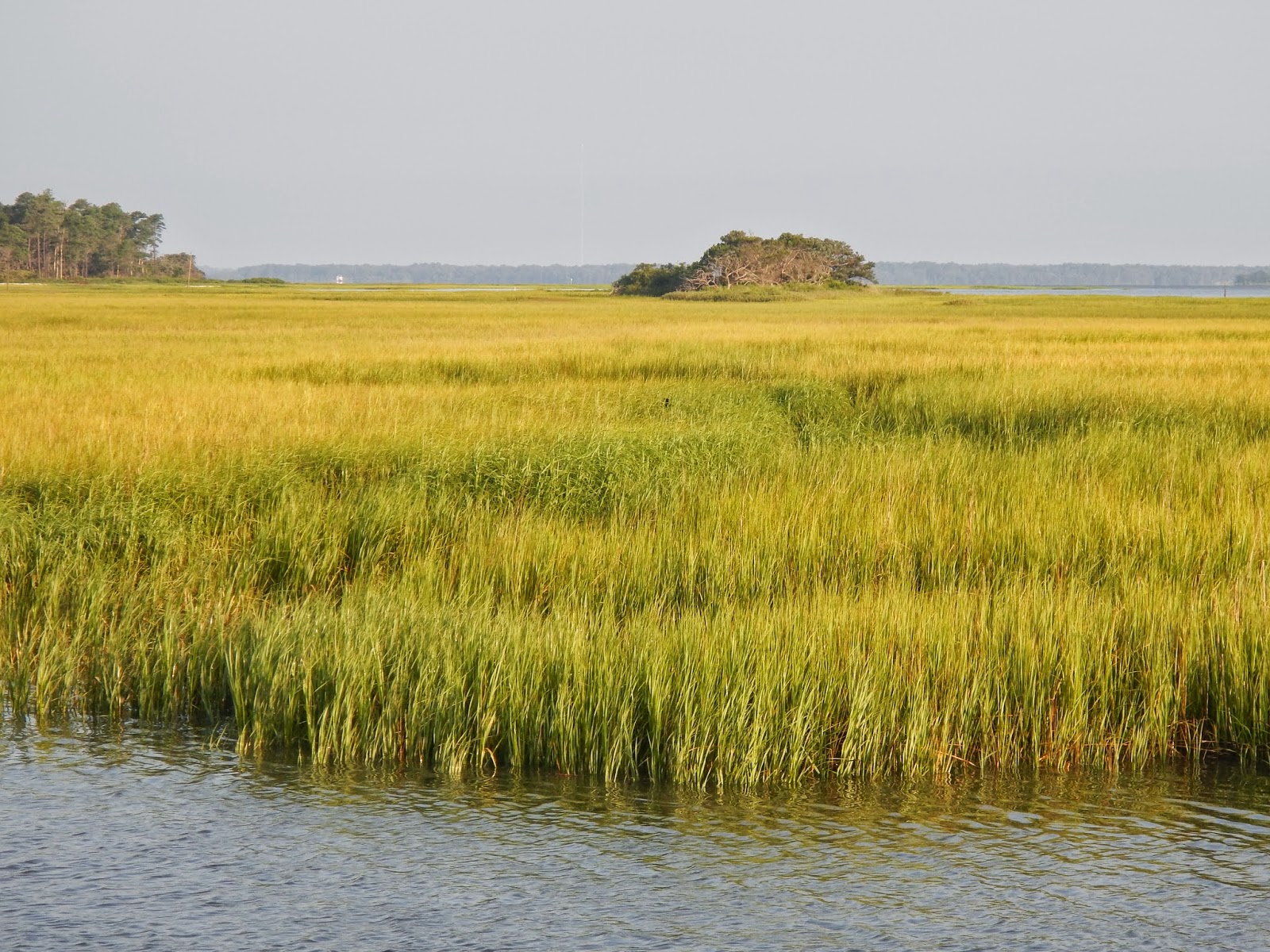 And my front door. 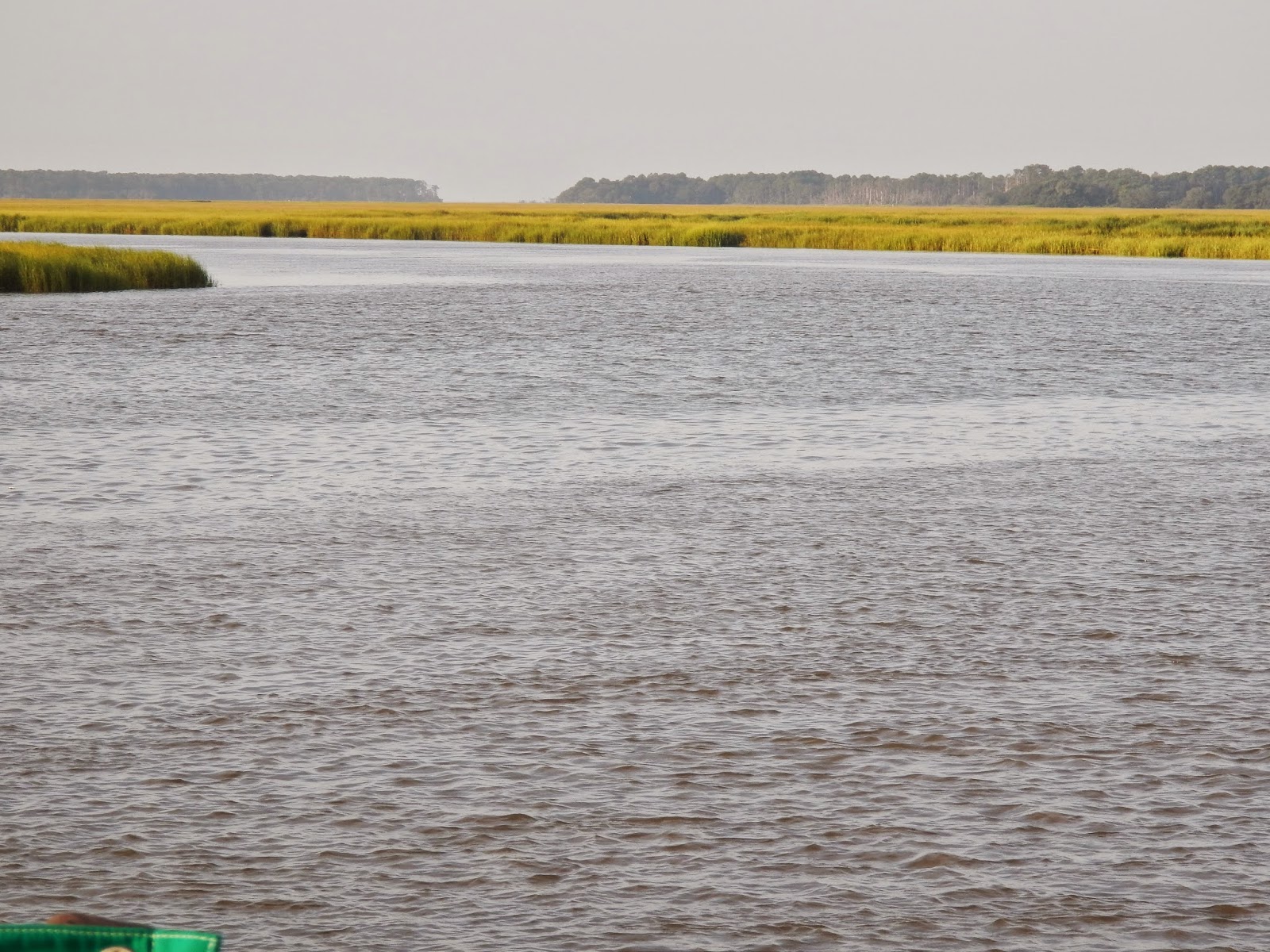 And lastly a pet peeve of mine is if you like certain foods, you have no choice but to eat a lot of it, like brussel sprouts. 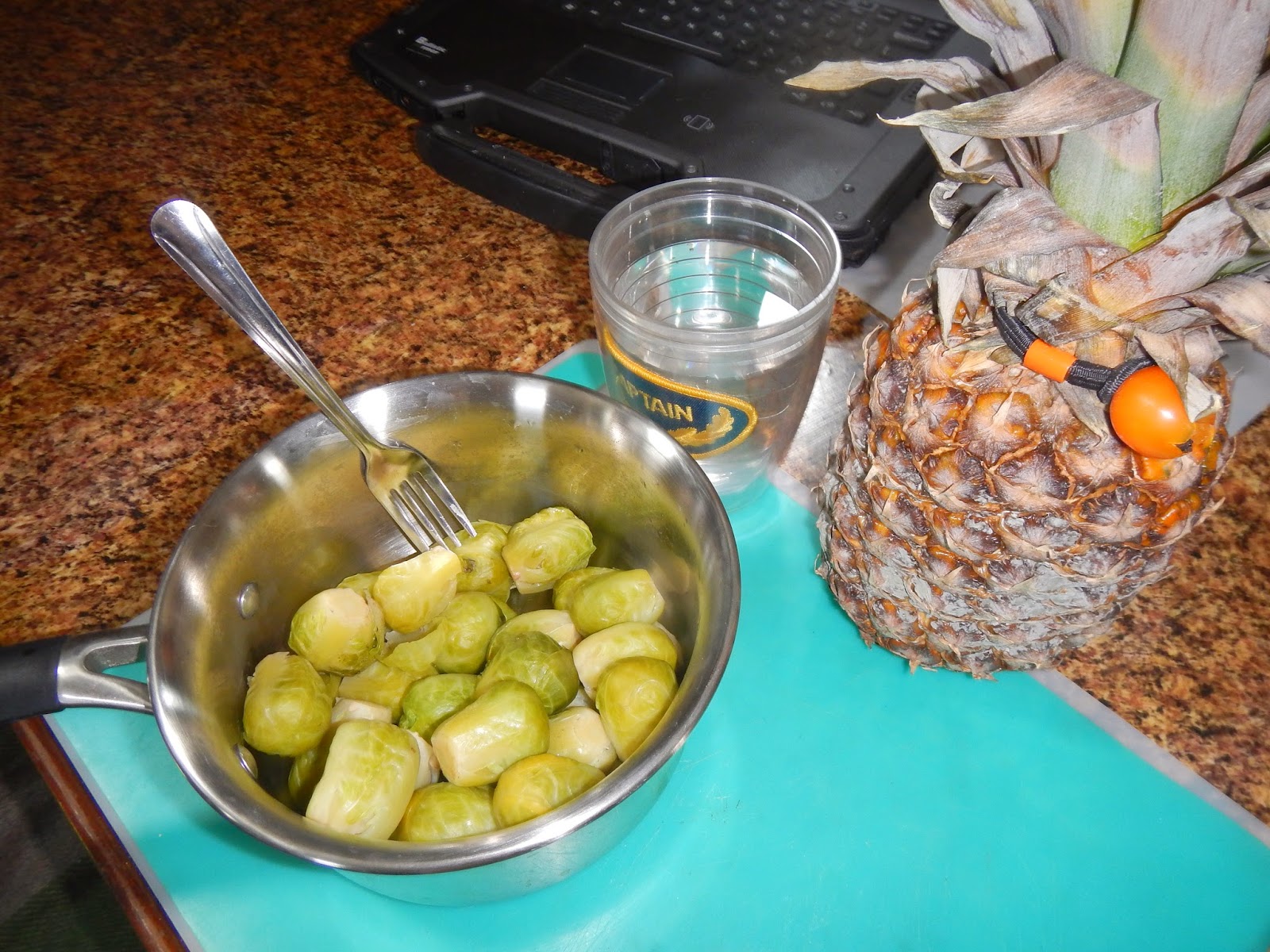