My first day of cruising

Well I made it! I am anchored off a beautiful little marshy island called Exchange Island a little east of downtown Jacksonville. It took me about 6 hours to get here and it was fitting in that when I came into this bay I was escorted by a school of dolphins. 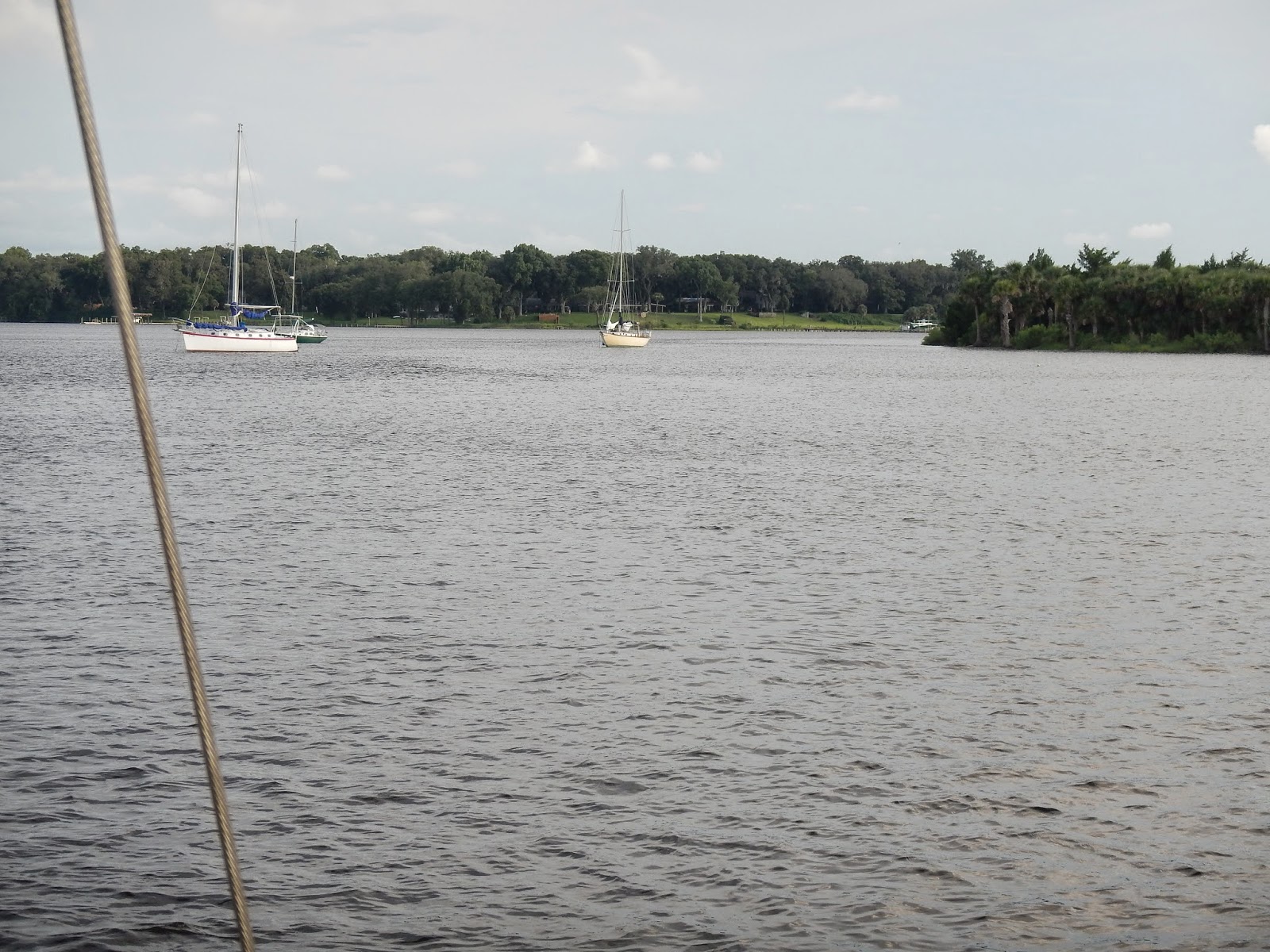 There are 3 other boats here but I am not sure if they are occupied or not. Anyway back to the start of the day. After painting the depths on my new chain, I attached my new manson supreme anchor and stored it in my anchor locker. 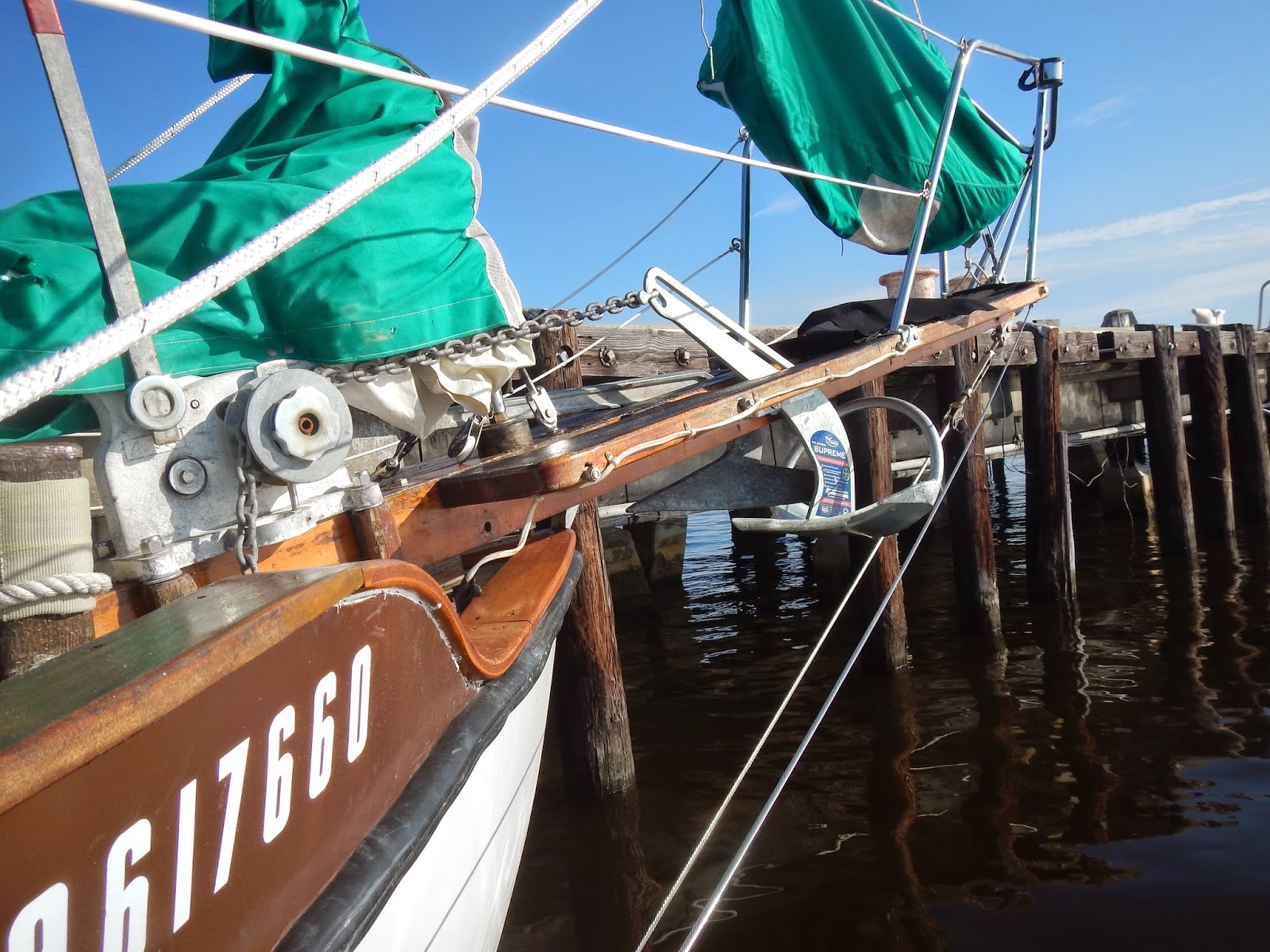 Then Dean arrived with my newly refurbished hatches. 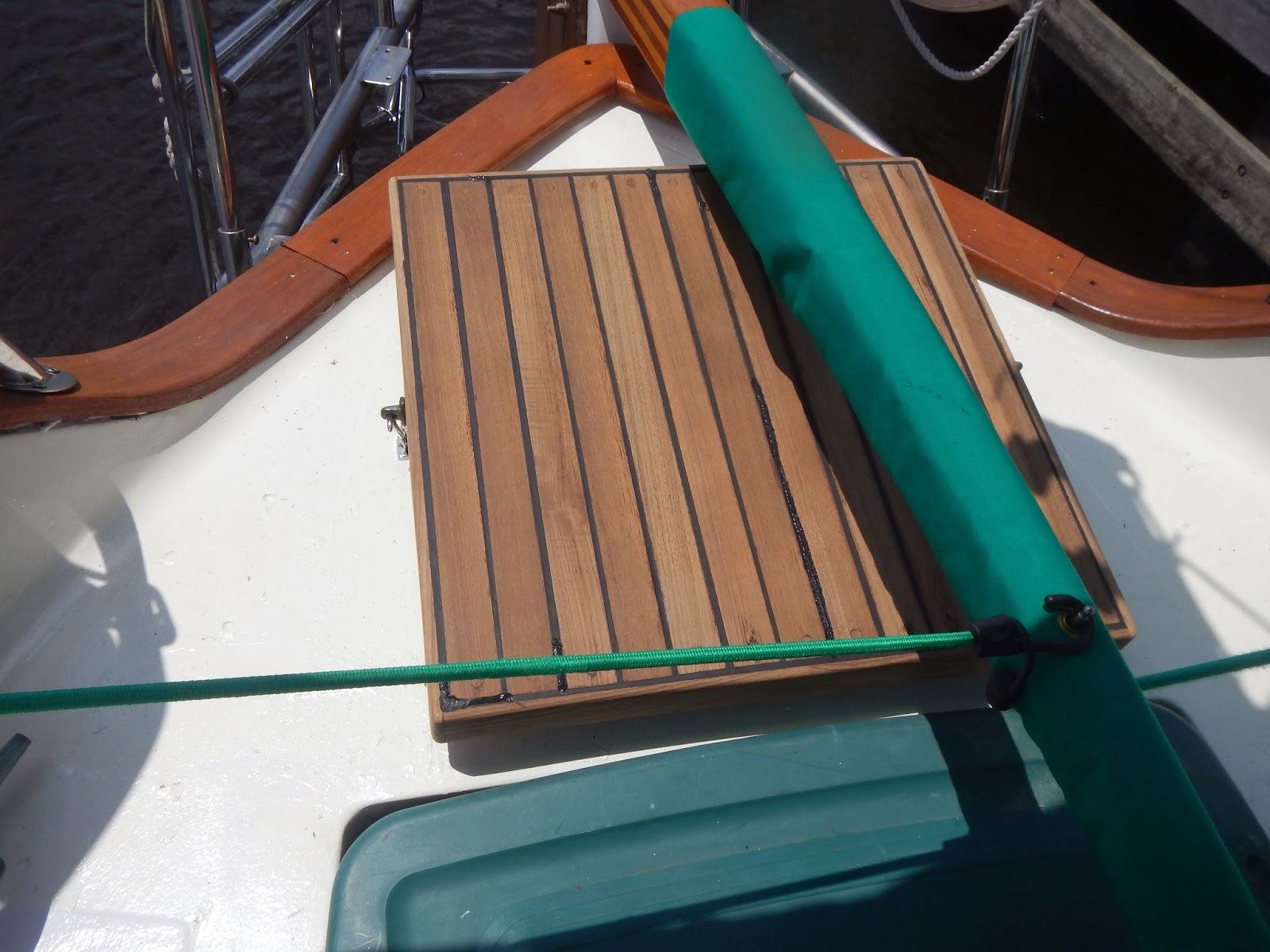 I still have to rub them down with teak oil. 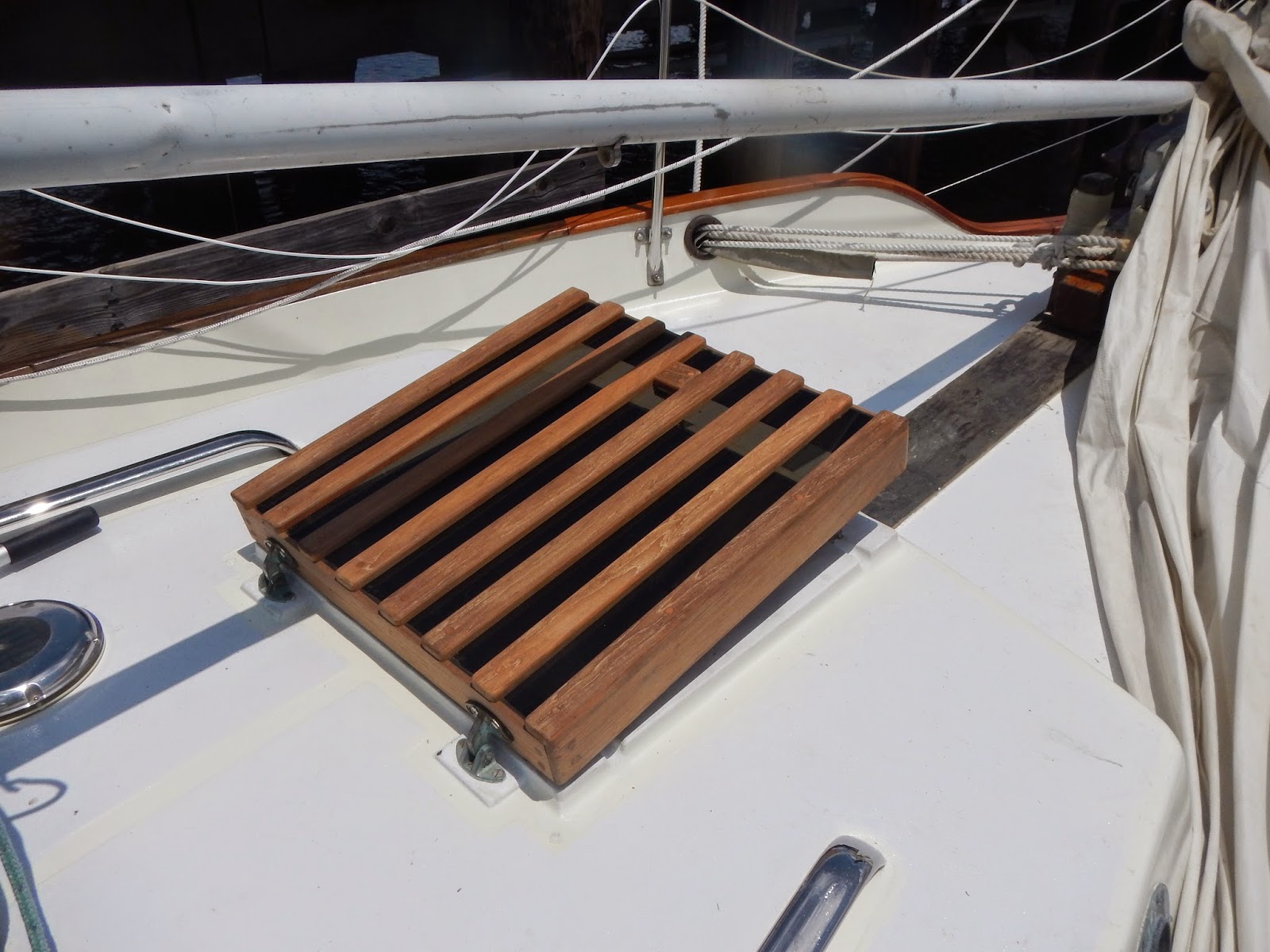 I can actually see up my mast from the v-berth now. 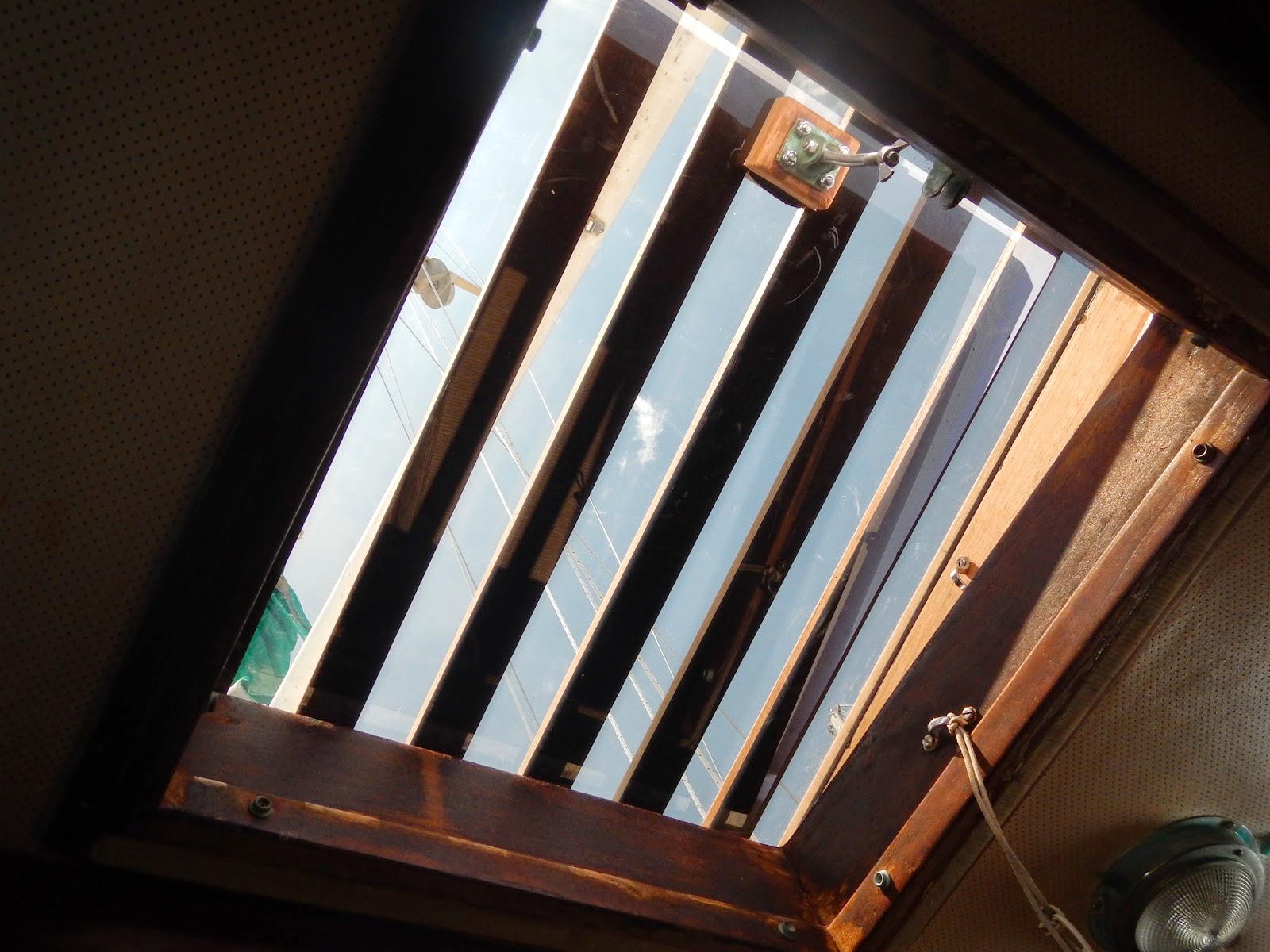 I put my car in storage all wrapped up snug as a bug in a rug. 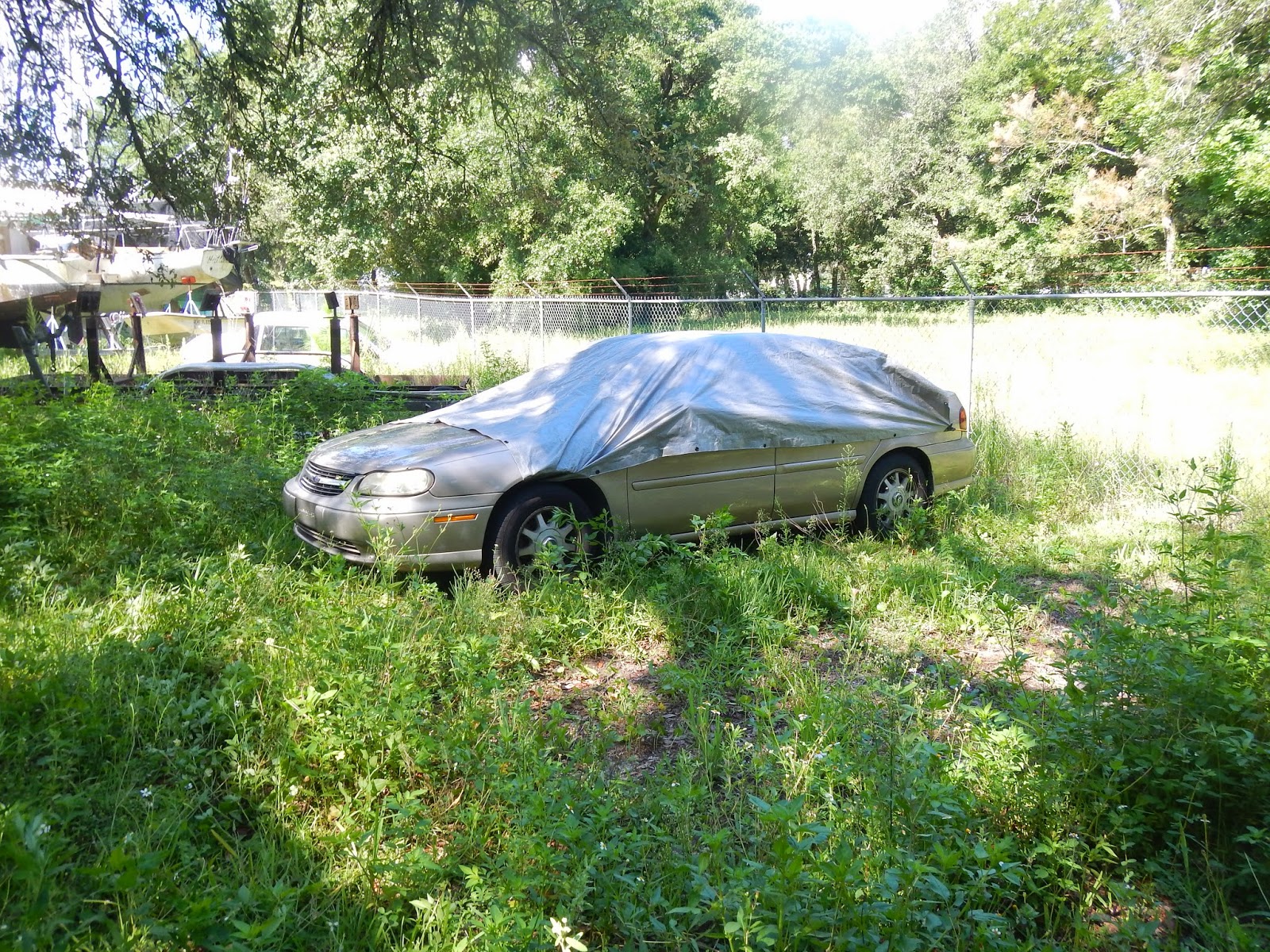 Then I was off to beat the band! I had a couple of problems though. 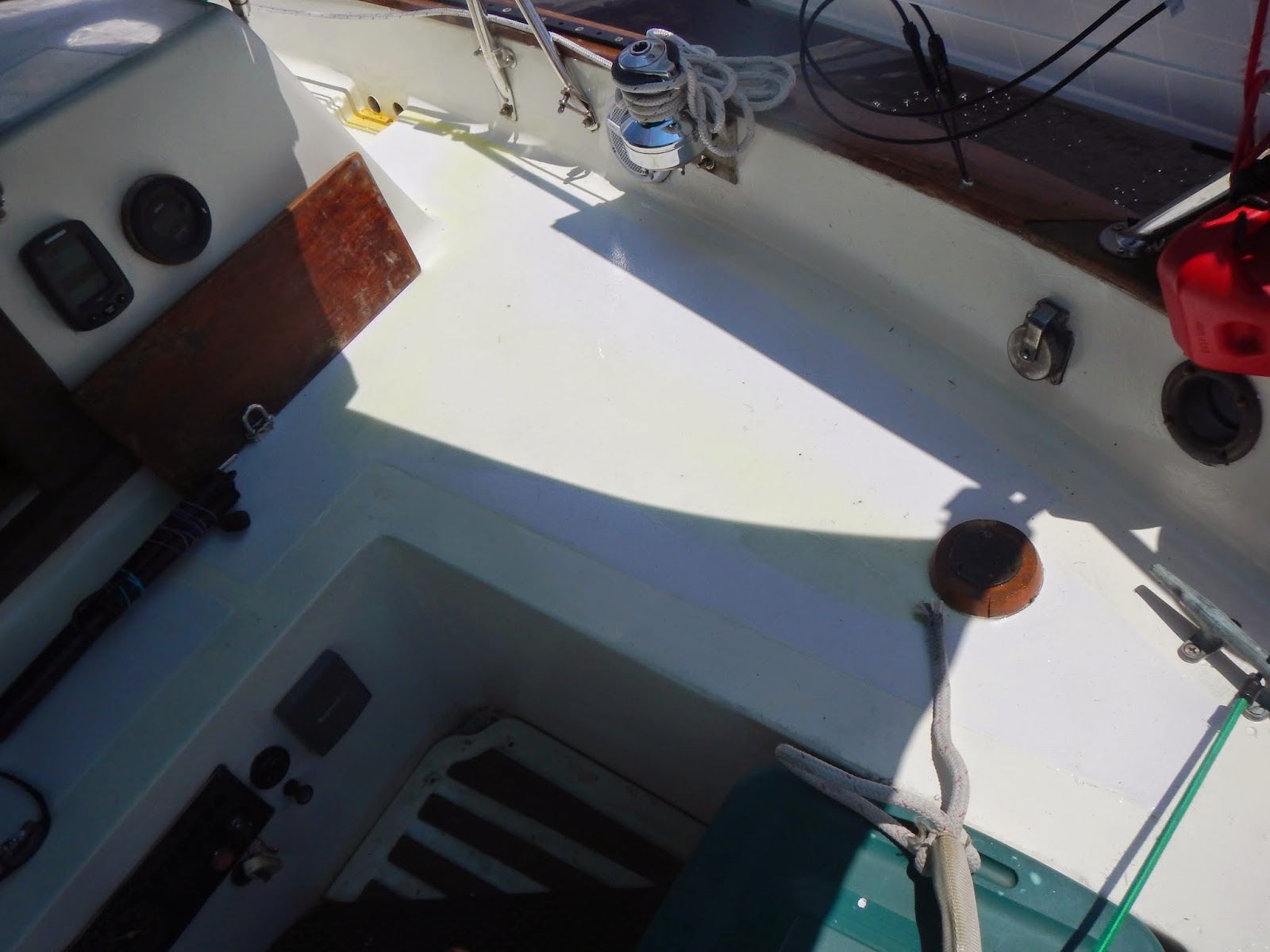 Diesel started leaking out of the top of the starboard tank, so I opened it's fuel line to let it balance out with the port tank so now I have the same 30 gallon amount in each tank. By the way, I use about half a gallon an hour while running the Yanmar at 2000 revs. 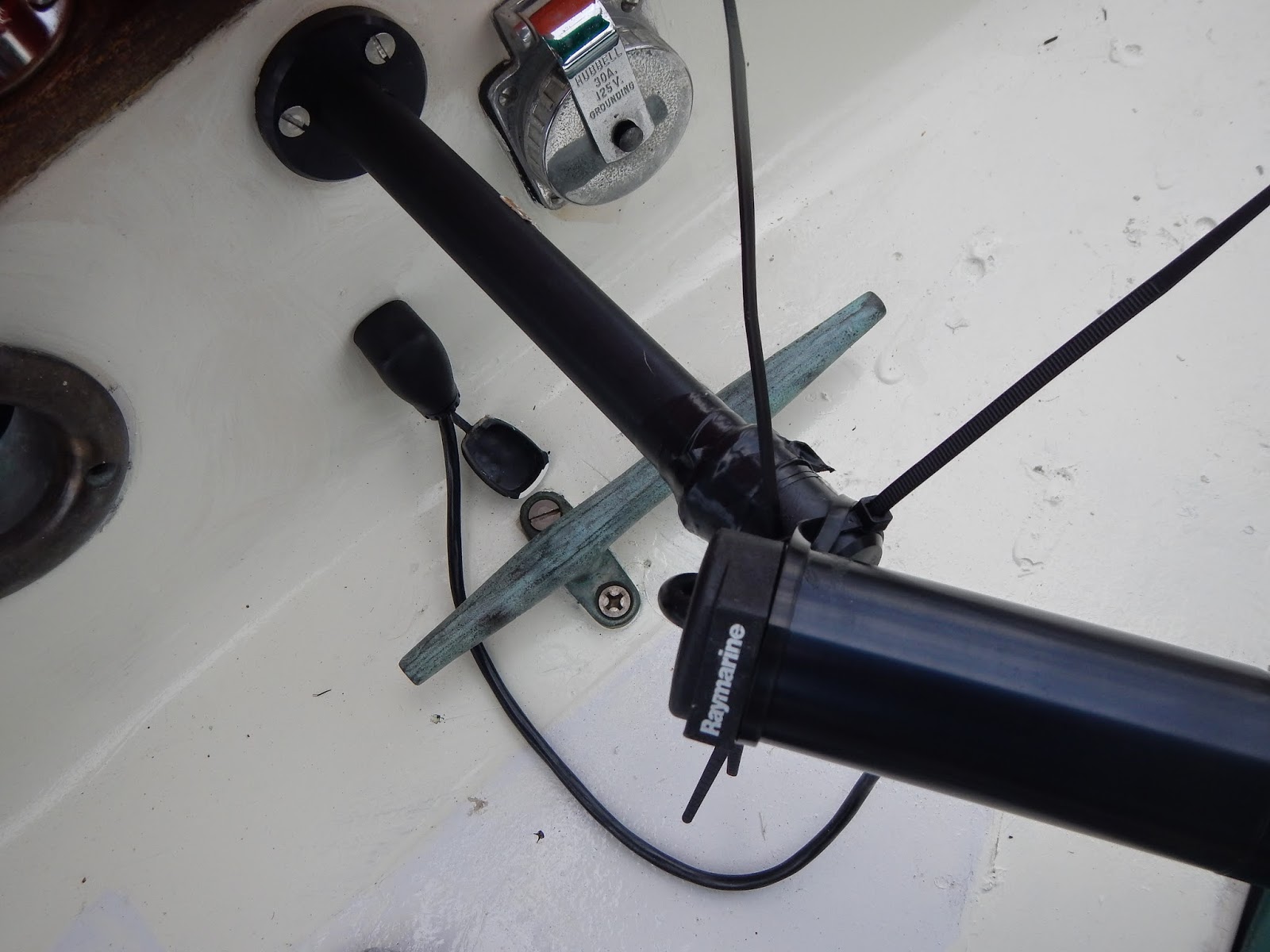 The other problem I had was that my auto pilot kept falling apart so I used cable ties to keep it together. 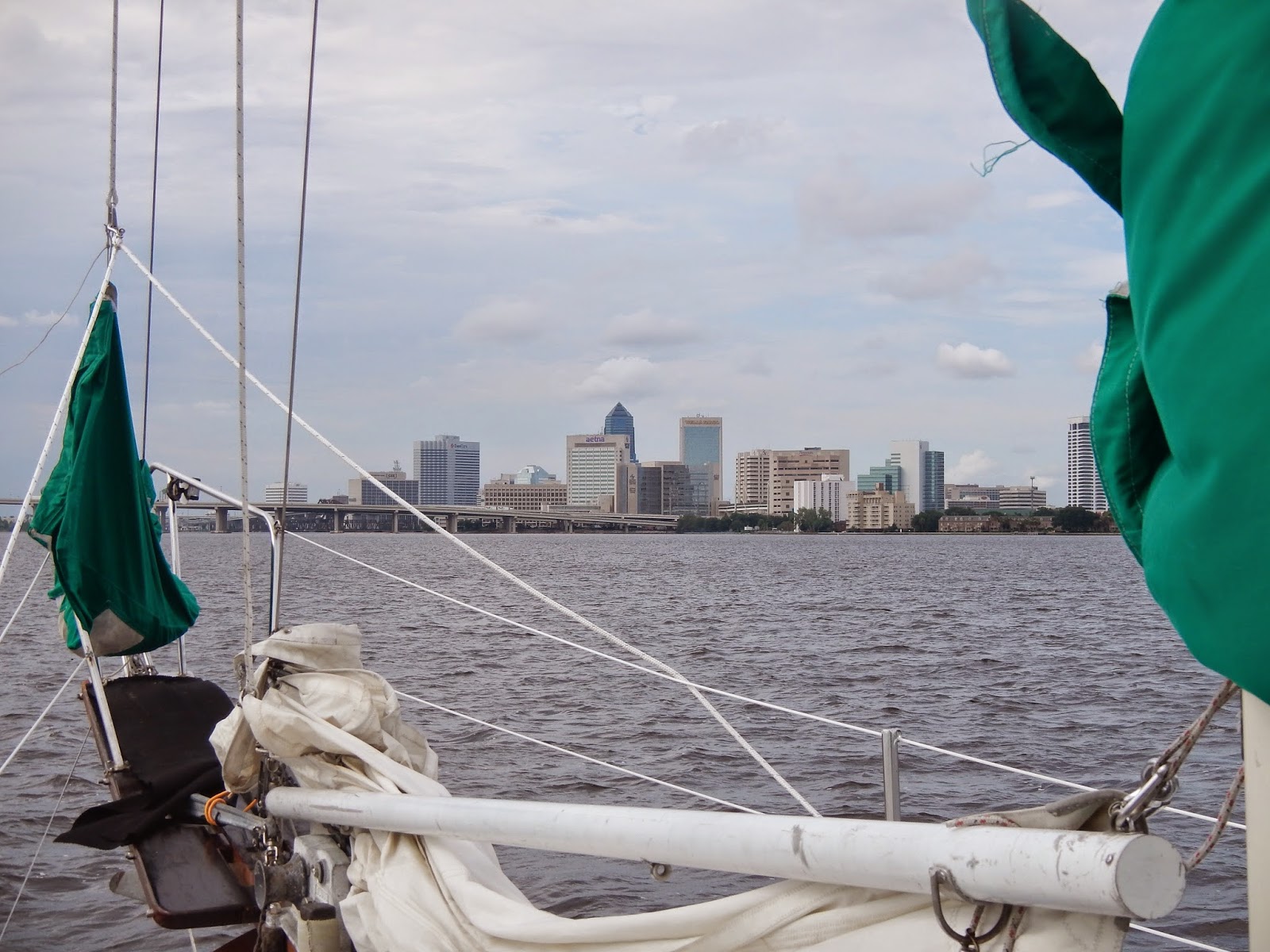 Here was a shot of the boat approaching downtown Jacksonville. 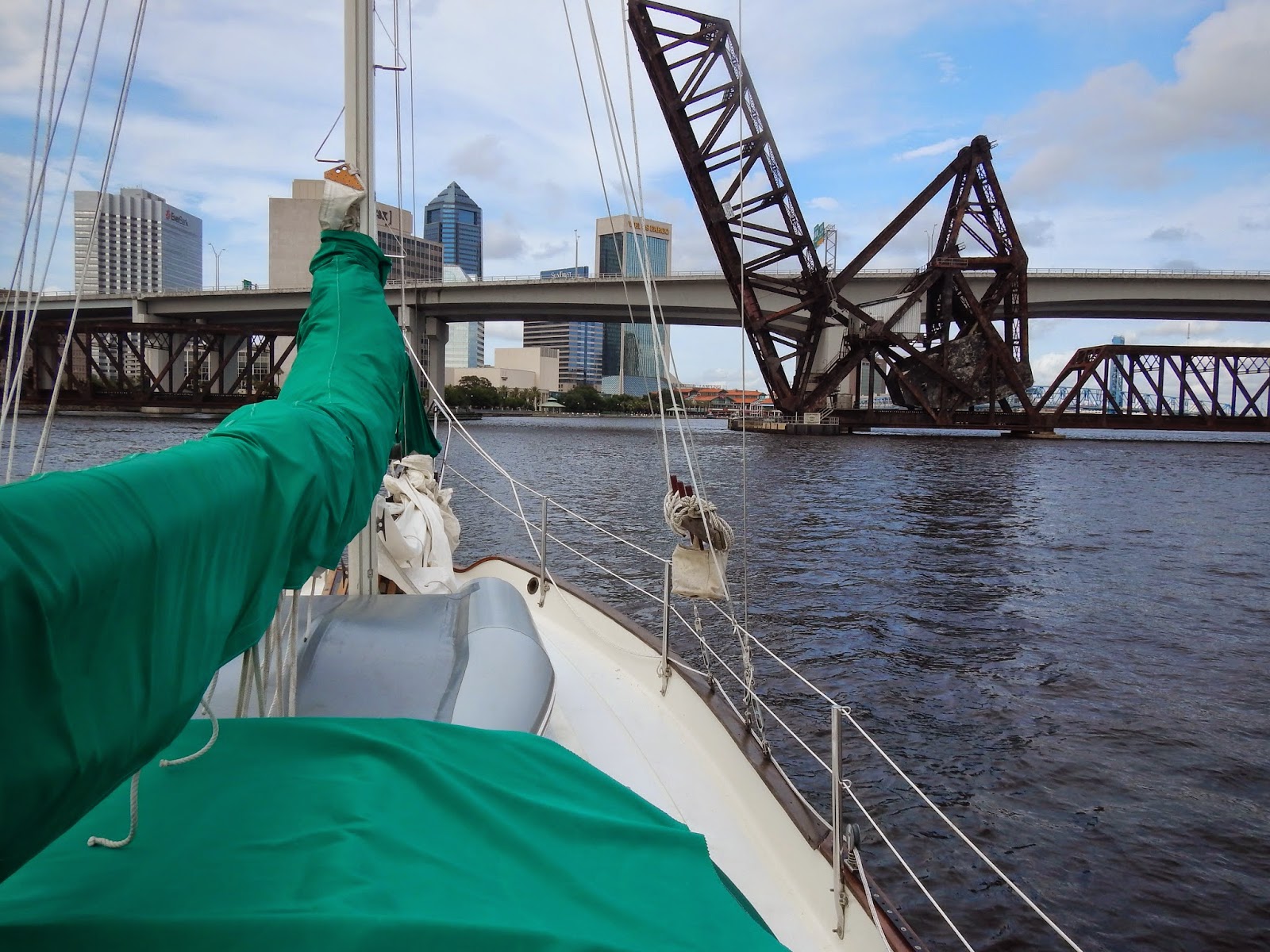 And another going under the Amtrak bridge. 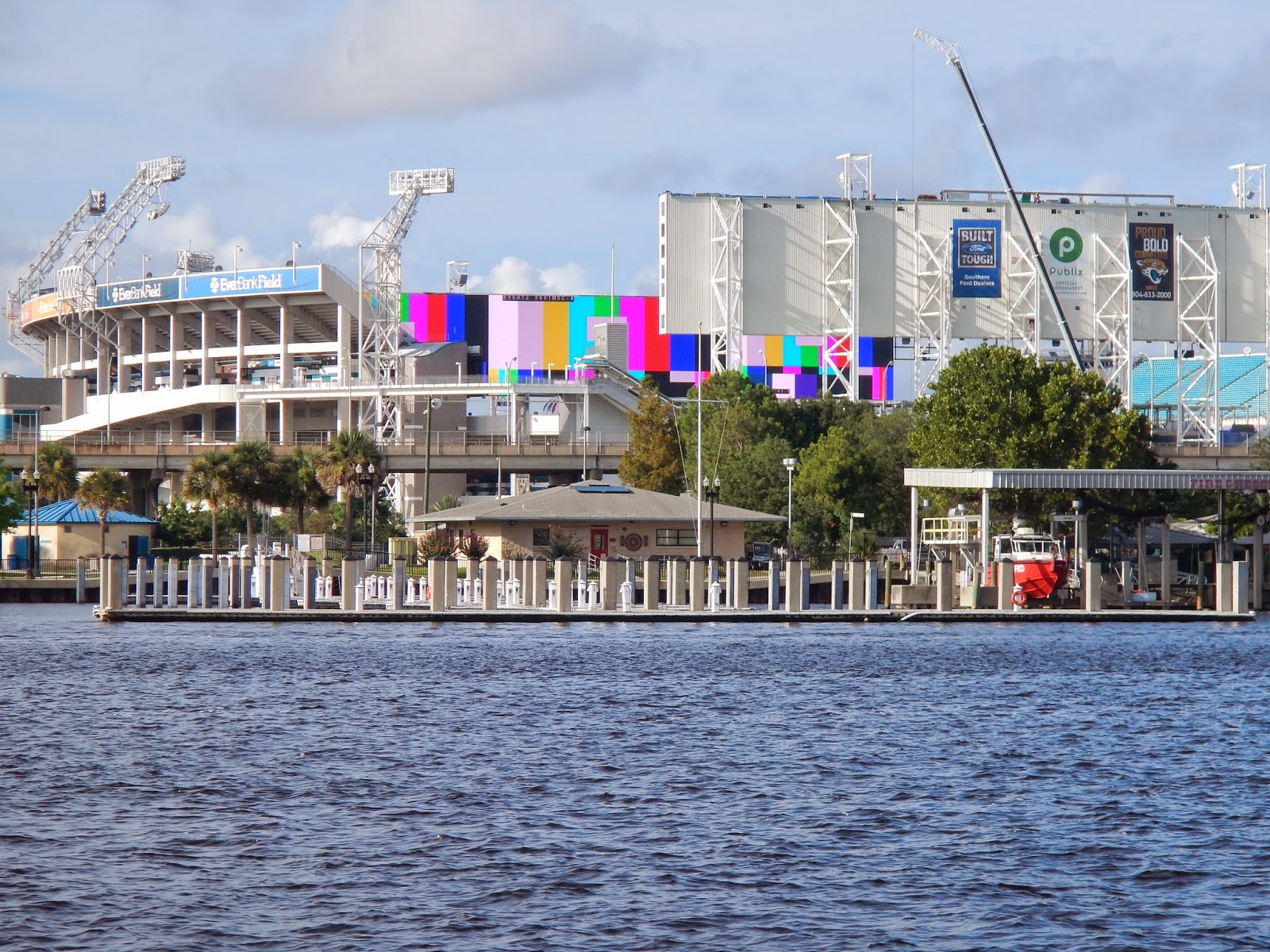 And finally one of their sports stadium. Baseball?
It would have been so easy to open a can for dinner but I forced myself to make a salad with these ingrediants. 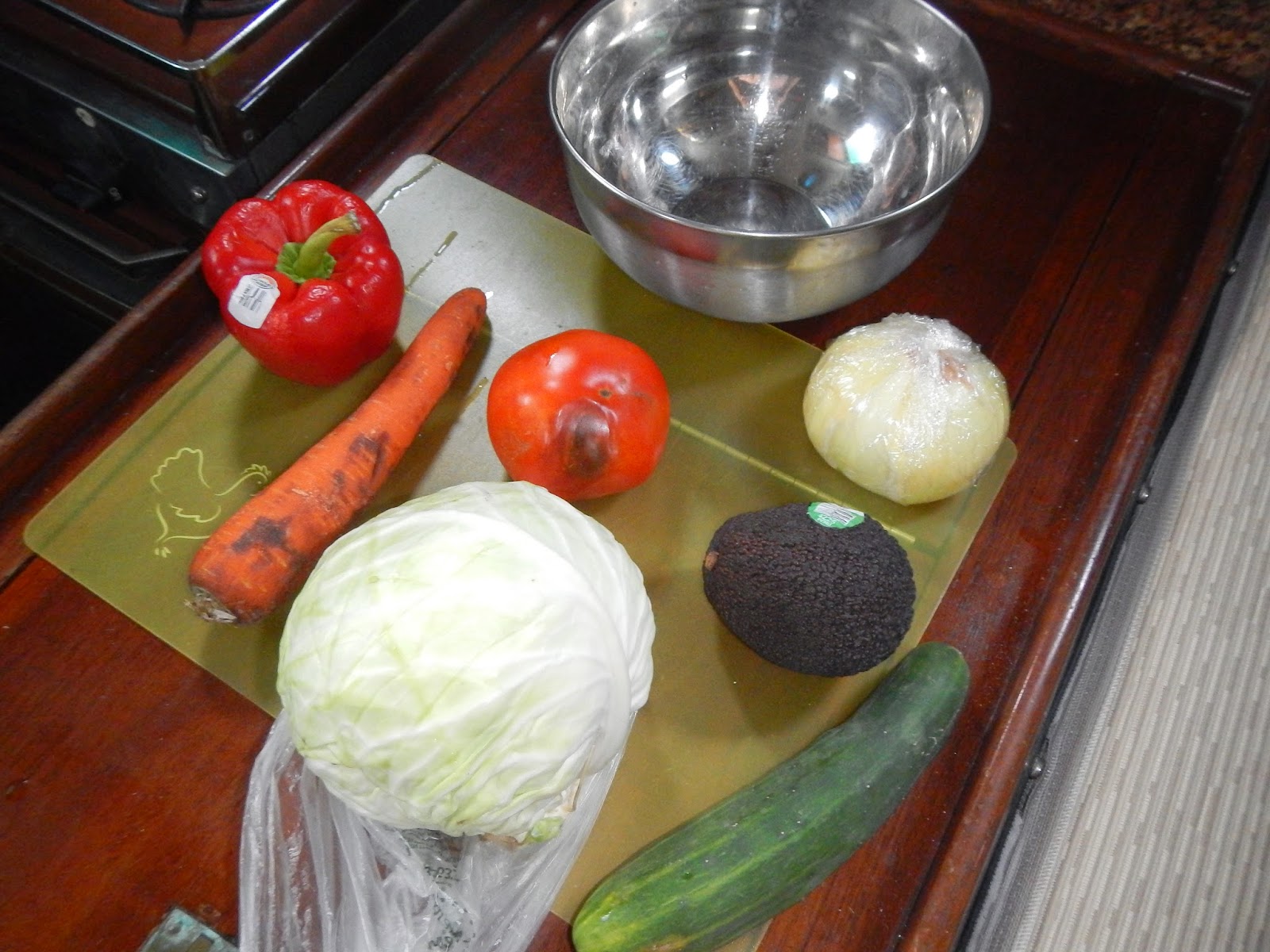 And wow, I was so happy that i had because it was so unbelievably delicious. 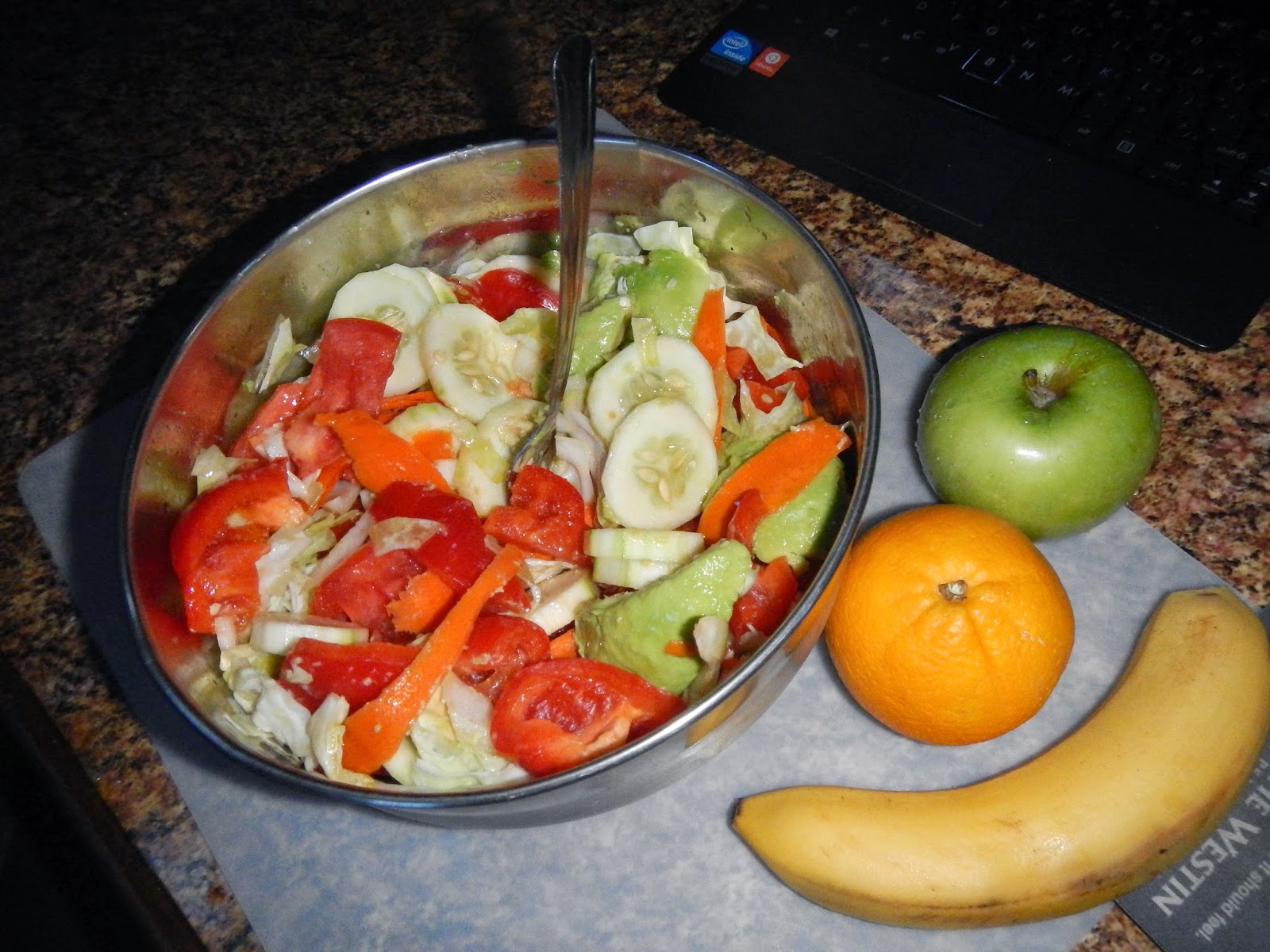