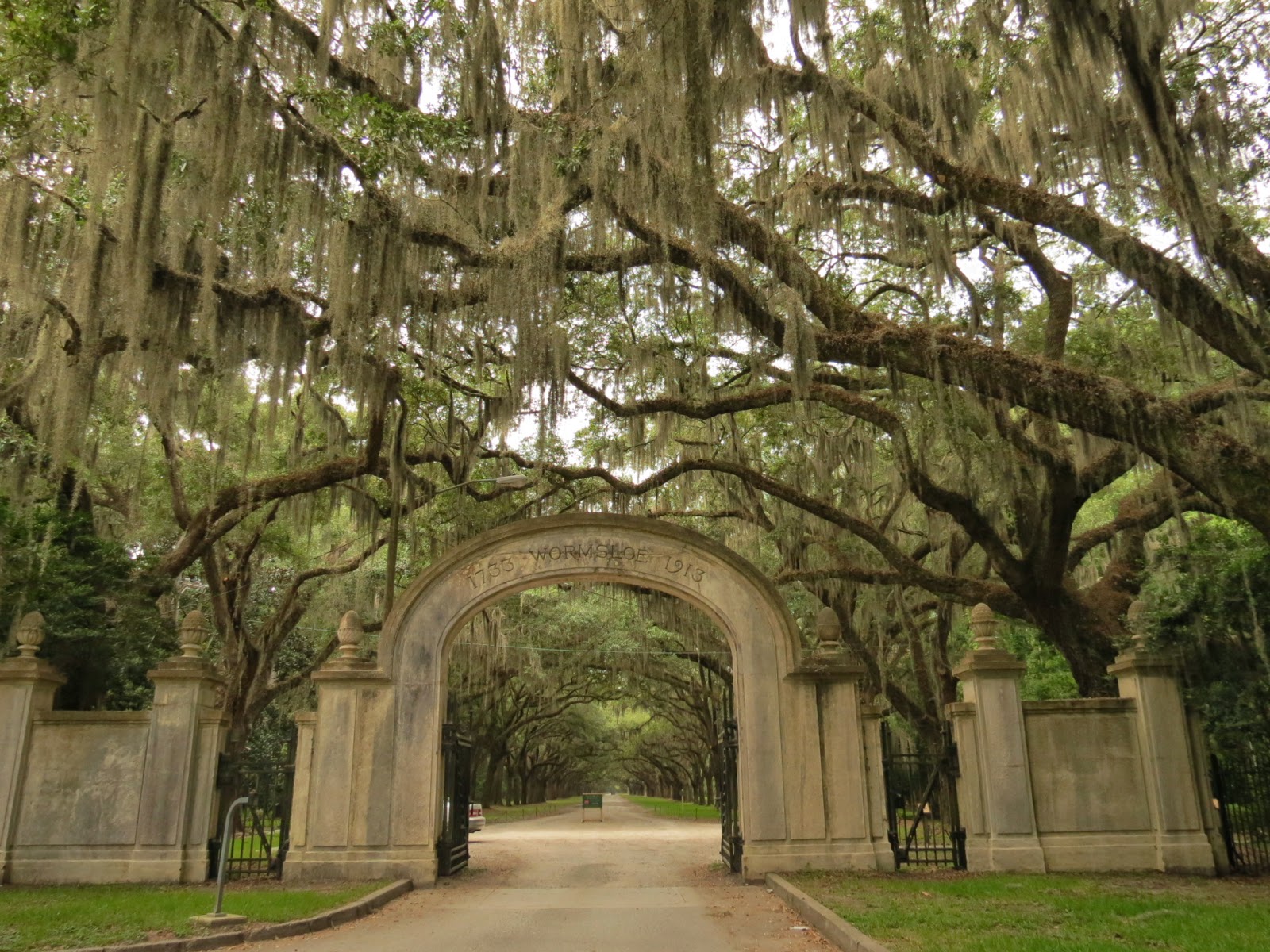 This historic Southern plantation is just around the corner from the marina I am staying at. It is the legacy of the carpenter, Noble Jones who was only one of 39 of London's poor, to survive. They were settled by the British in 1736 as a social experiment. He took on the job of surveyor, and he set up all the streets in not only Savannah but also Augusta. He was given 500 acres on the Isle of Hope to set up his plantation there and build a tabby house the ruins of which, can still be seen today. 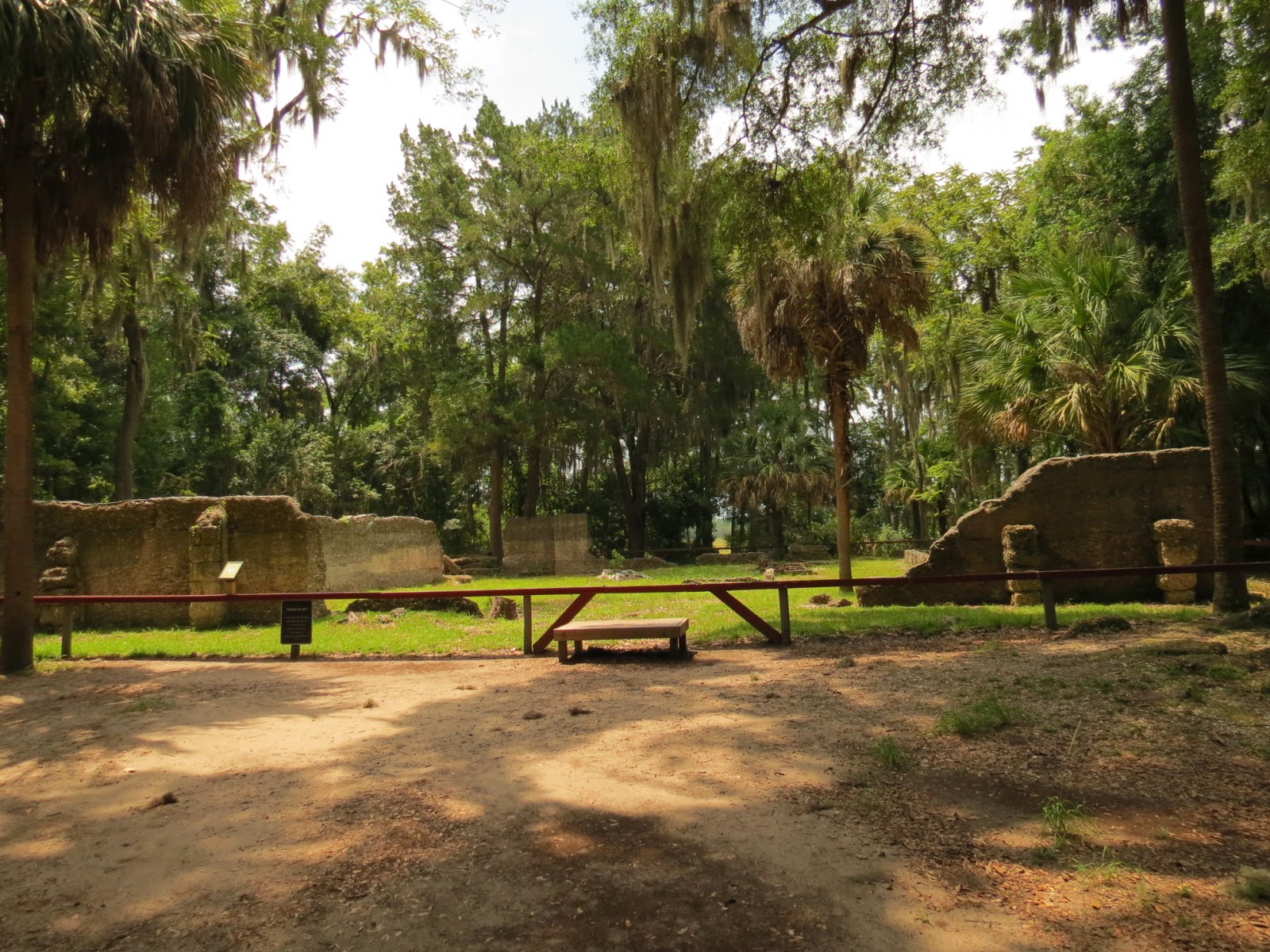 If you look at the walls past that ugly fellow in the next photo, you can see why they call it a "tabby" house. 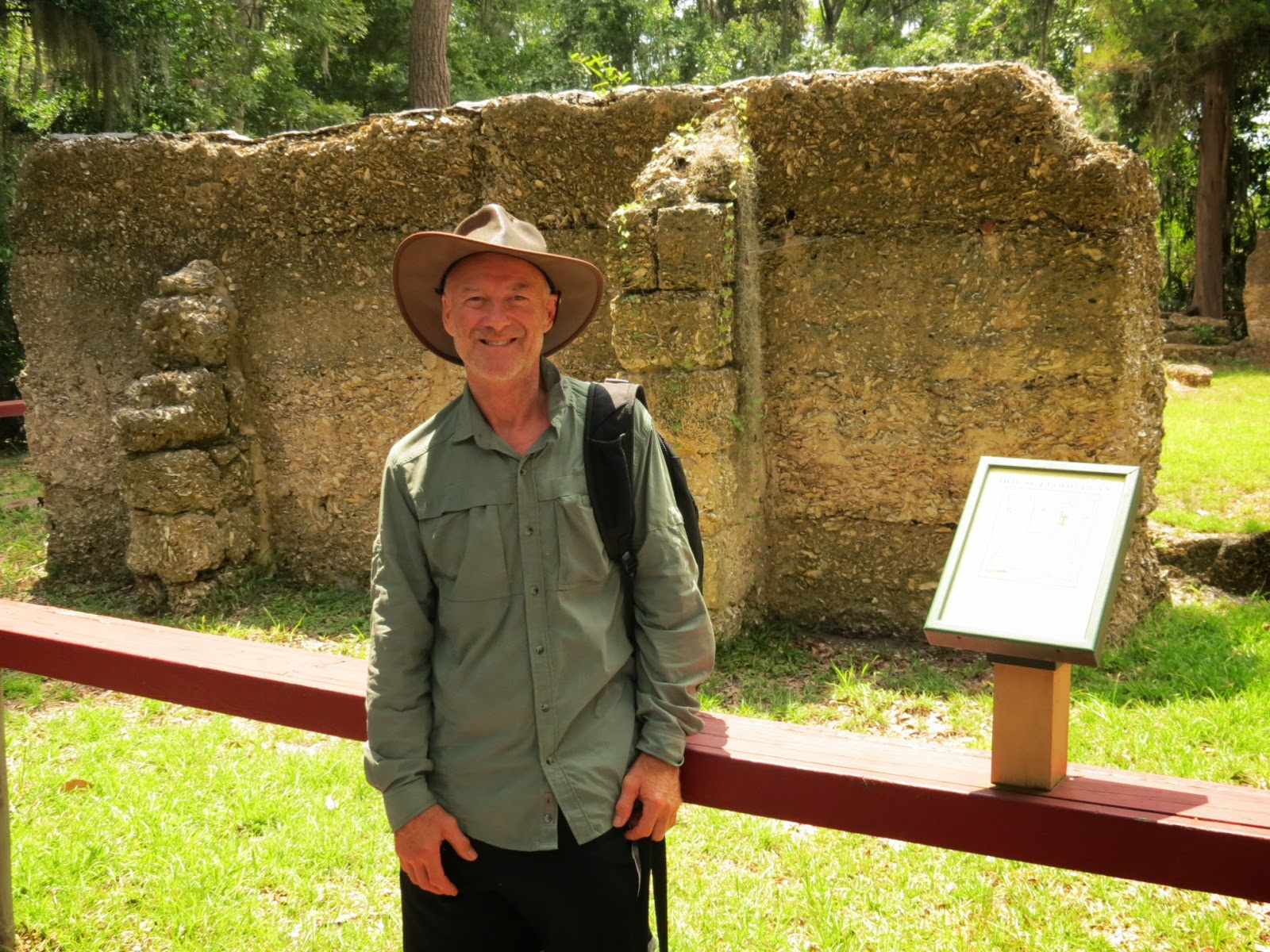 Tabby is a building slurry of lime, sand, water, and crushed oyster shells. To get to the Tabby House today, you have to go down a mile and a half (two and a half kilometers to you infidels) of live oak trees. 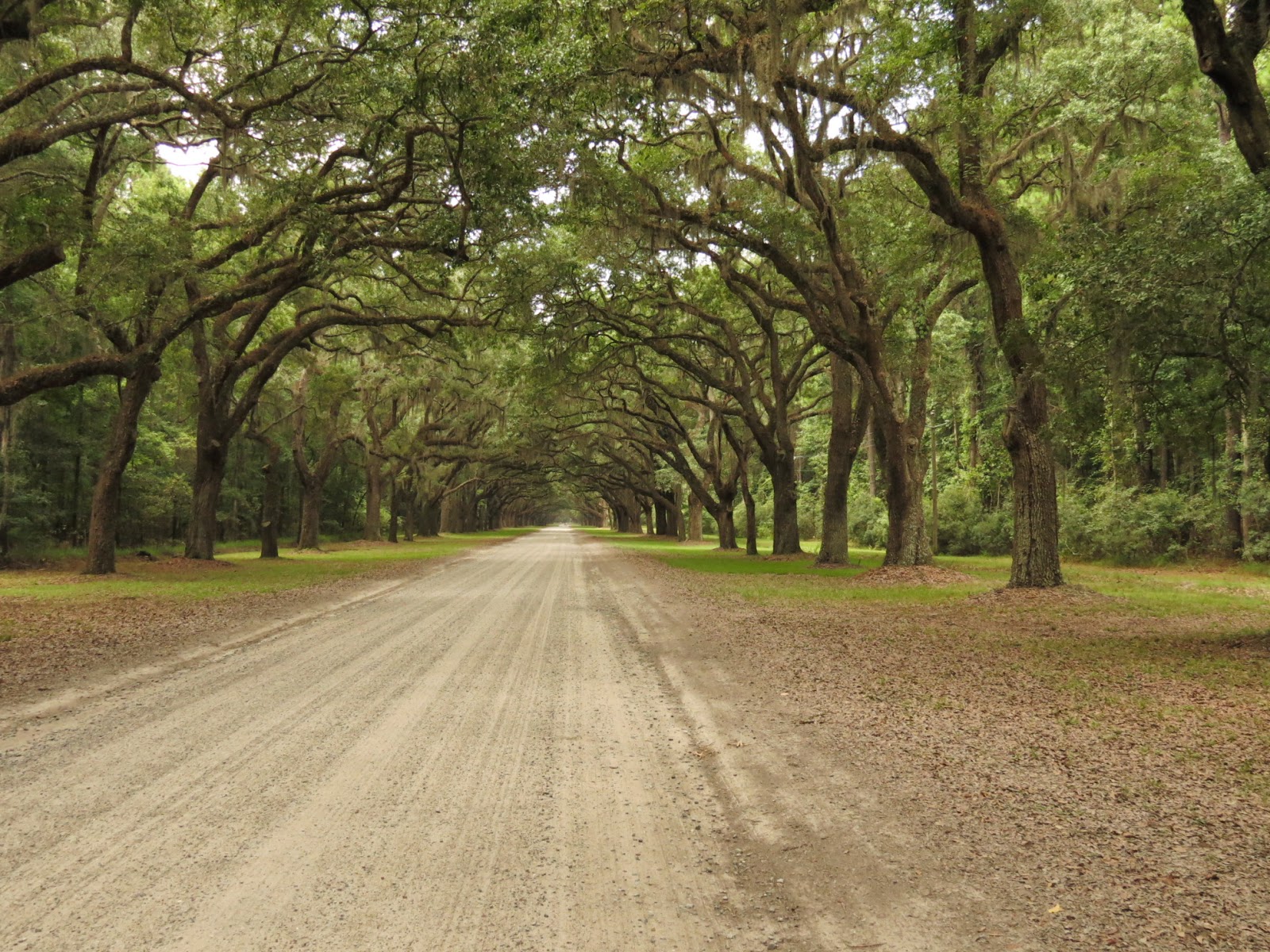 There is also the obligatory museum where they have pieces of pottery from the original 39 settlers. 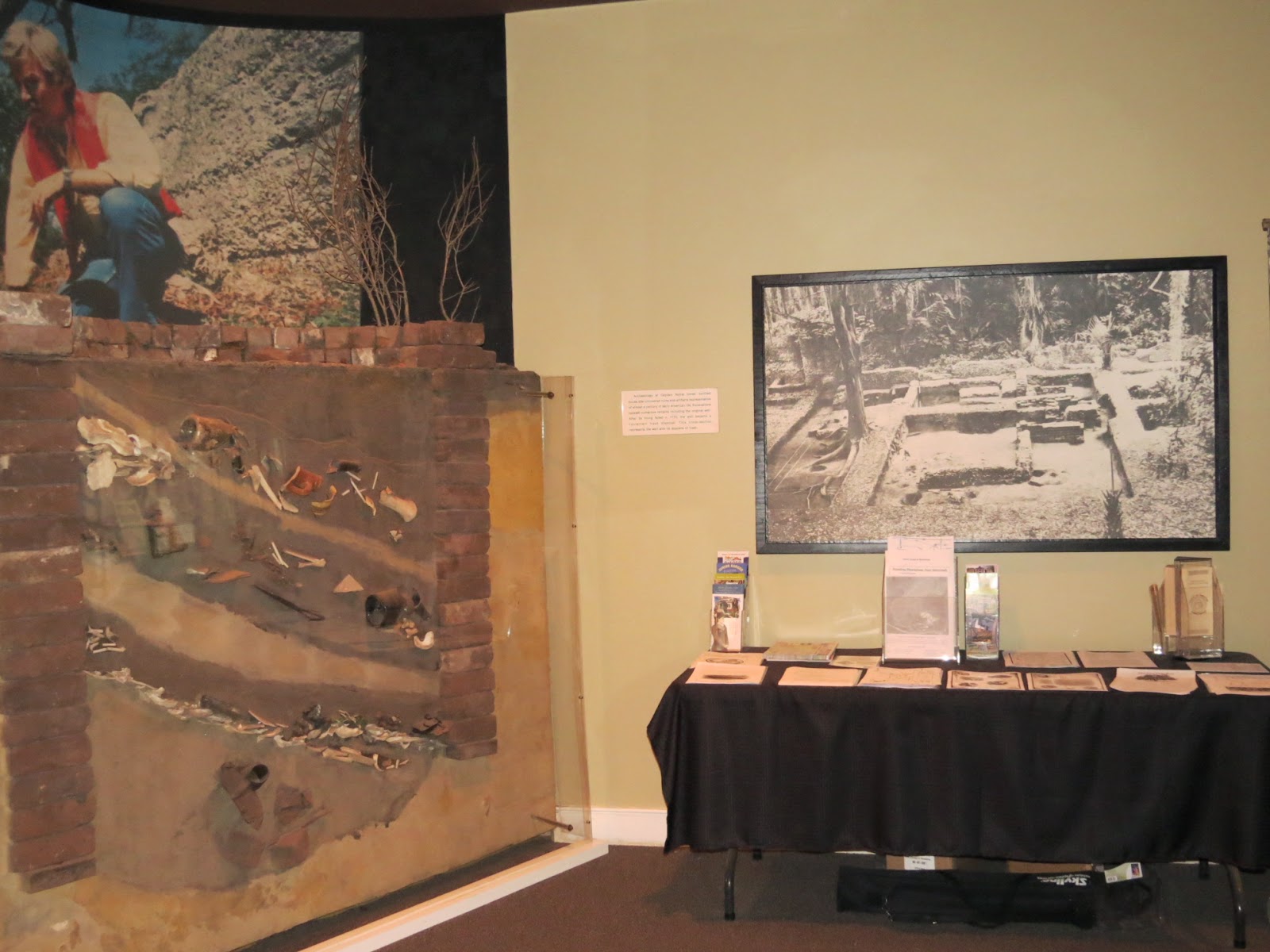 They were not the first to settle the area BTW. The Spanish claimed the area along with Florida and had forts all along the coast 100 years earlier, fighting the British in a war that Noble Jones participated in. Later on he backed the royalists (against his son who later became the first mayor of Savannah) but passed away fortunately, before the war of Independence. Of course the Yamacraw Indians were there a long time before anyone else, but whose counting?
To get to Wormsloe, I had to walk along Bluff Drive in front of the marina, that has some impressive looking homes. 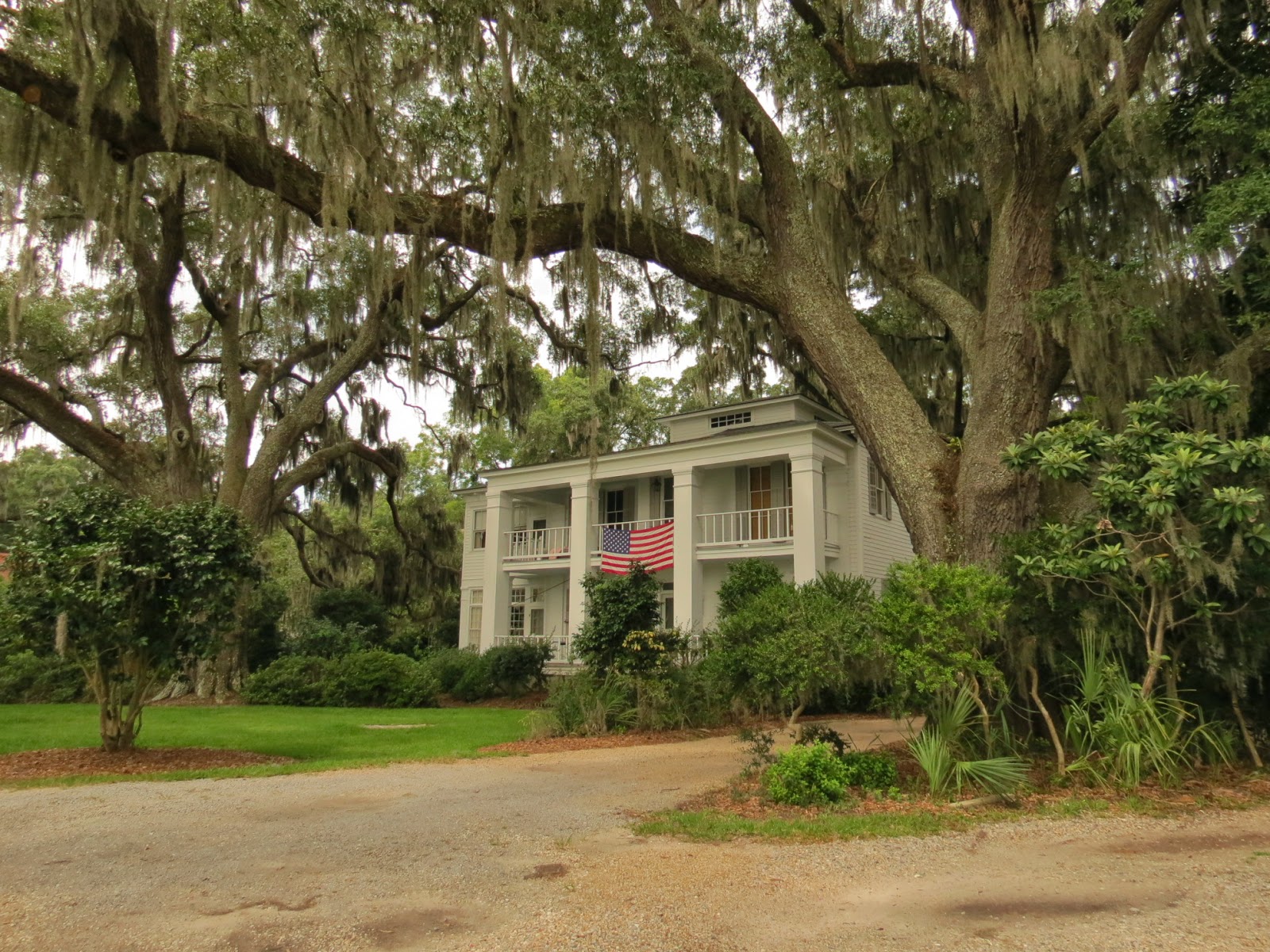 This place used to be the vacation spot of choice for the rich and famous and during the yellow fever epidemic, this is where all the wealthy would hang out........not much has changed today. That air plant that is hanging from the trees is called Spanish Moss or Old Man's Beard. You have probably seen it covering the soil in your flower pots. It loves these southern live oaks to grow on because of these trees' high rates of mineral leaching.
OK you have had your fair dose of history for today, now onto salad, and paw paw. 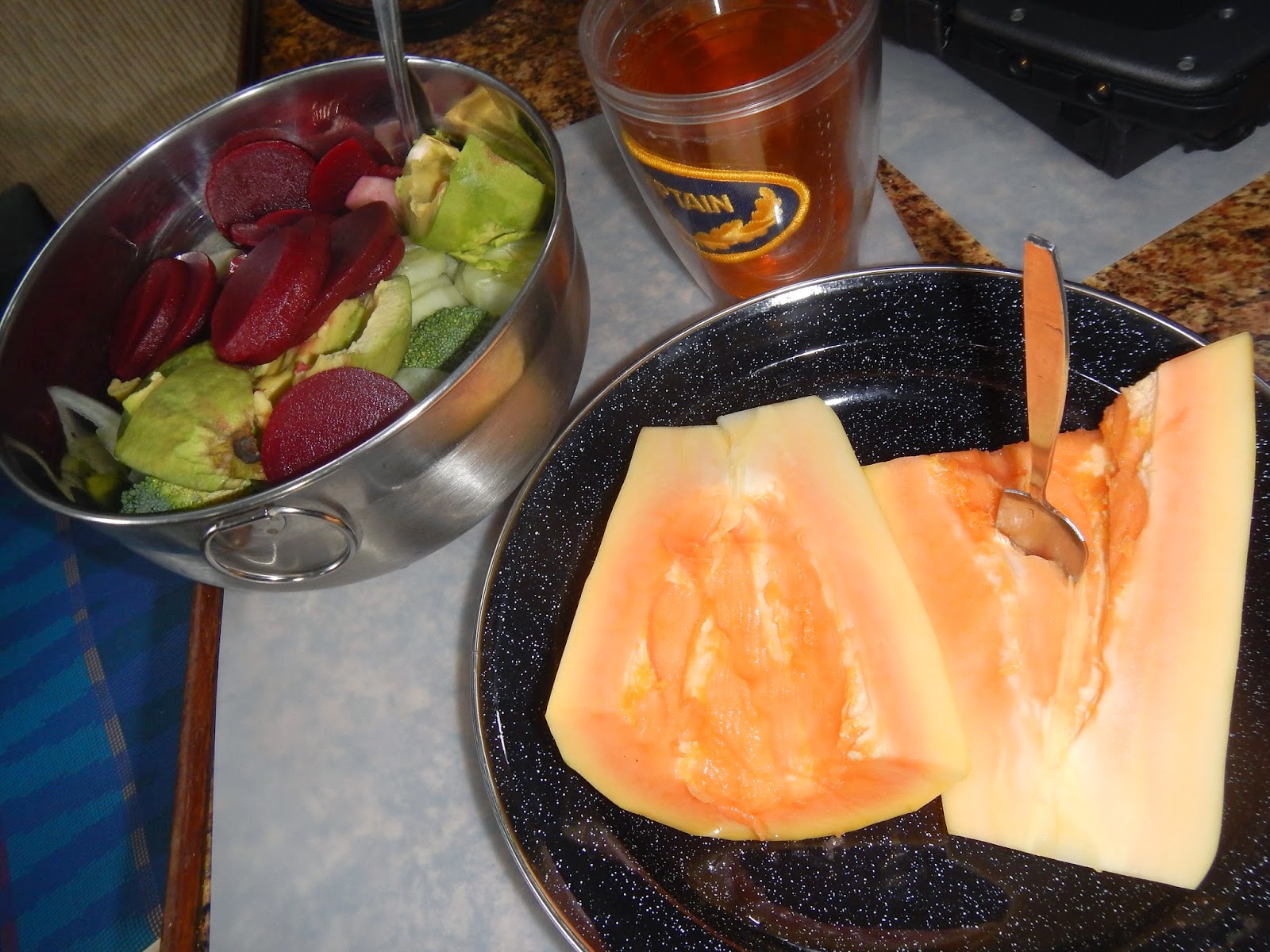